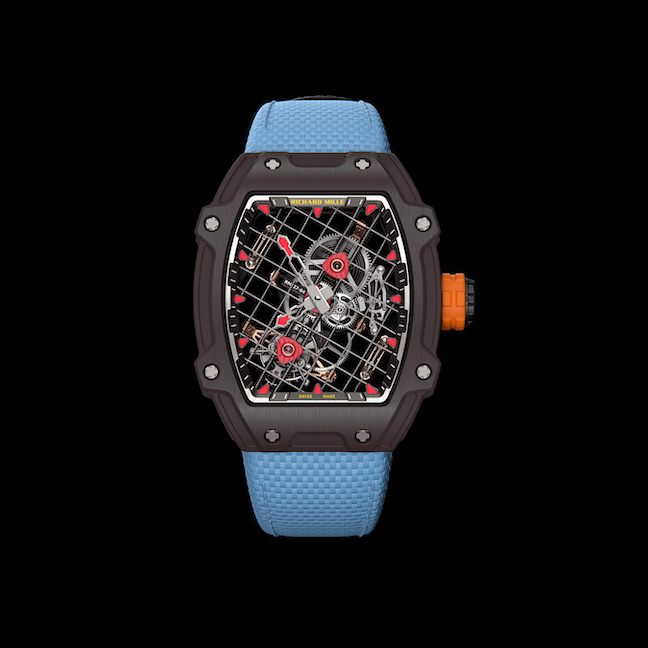 Today marks the 10th anniversary of the partnership between watch brand extraordinaire Richard Mille and legendary tennis player Rafael Nadal. It was in 2010 that Rafael Nadal sported his first Richard Mille tourbillon watch on the courts – stunning viewers globally. The thing is, Richard Mille insists that all of his brand ambassadors wear their watches during play – showcasing their strength and resilience, as well as their superb craftsmanship. Now, to honor the relationship’s 10 year, Richard Mille unveils the new RM 27-04 Tourbillon Rafael Nadal.  Created in a limited edition of 50 pieces,  it retails for  $1,050,000.

The Richard Mille RM 27-04 is the fifth tourbillon watch developed in the collaboration with Rafa. It boasts an all-new tennis-racquet-inspired design and new colors. More importantly, it also boasts a new high -tech material, is lighter in weight and has a few other important enhancements – many inspired by the high-tech racquets Rafa uses. 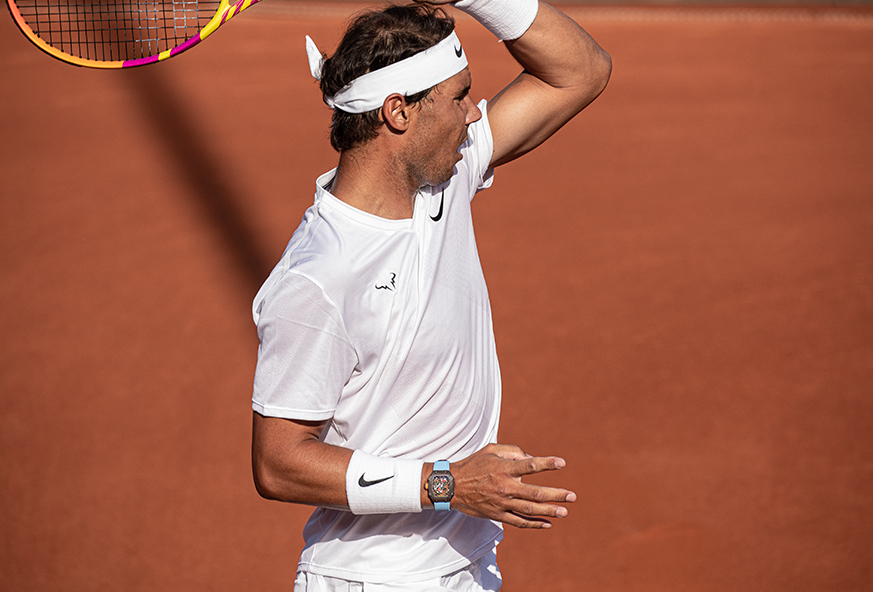 To begin with the carbon fiber content  in the high-tech polymer TitaCarb® material is 38.5 percent – yielding incredible strength, and the entire watch, with the strap included, weighs just 30 grams. That 30 grams translates to just over 1 ounce, or the equivalent of a writing pencil or an old-school CD.

The entire movement – visible from both sides of the watch – is supported by a mesh that measures  855 square millimeters and is made of a single cable of braided steel. The movement is held in place by two tensioners made of PVD treated 5N rose gold that anchor the cable in place. The cable, though, is actually woven directly on the watch. The watchmaker attaches the end to the tensioner at 5:00 and then weaves the strings and cross strings much like a racquet is made. The cable passes through the hollow grade 5 titanium bezel 38 times. The movement is then attached using titanium hooks that extend from the back of the baseplate. 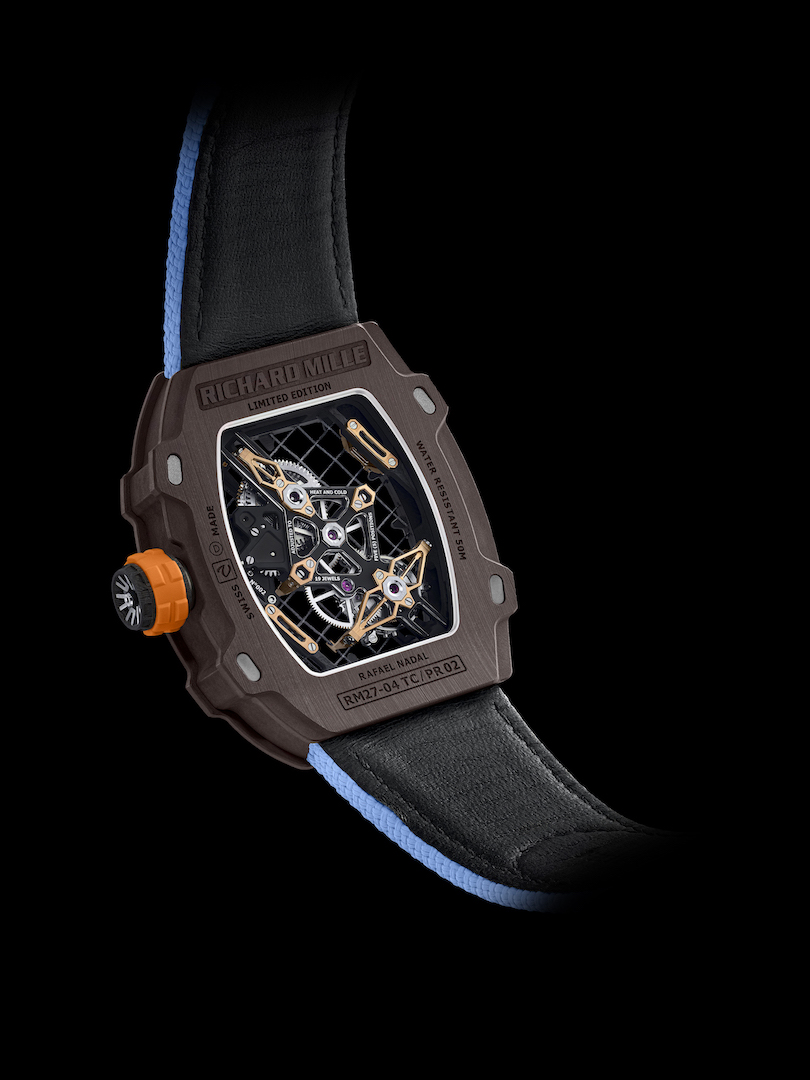 The revolutionary construction is topped by the fact that the tourbillon escapement is suspended in the case and can resist accelerations of more than 12,000 g’s —  a new record for Richard Mlle.  The RM 27-04 caliber features a baseplate and bridges in grade 5 titanium, and the micro-blasted cable that forms the mesh is a first in watchmaking.

Naturally, Rafa will be wearing this new RM 27-04 in future matches, as well as in the French Open taking place now. According to Rafa, “WhenI’m on court, Richard and I have one very clear aim: to make sure every piece is extremely light and fits my wrist perfectly. These two features are essential, and the teams have been able to provide them, while also creating watches that are amazingly resistant, because tennis can involve very violent arm and wrist movements.” 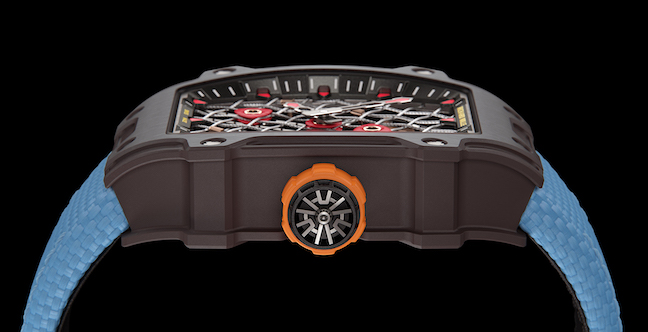