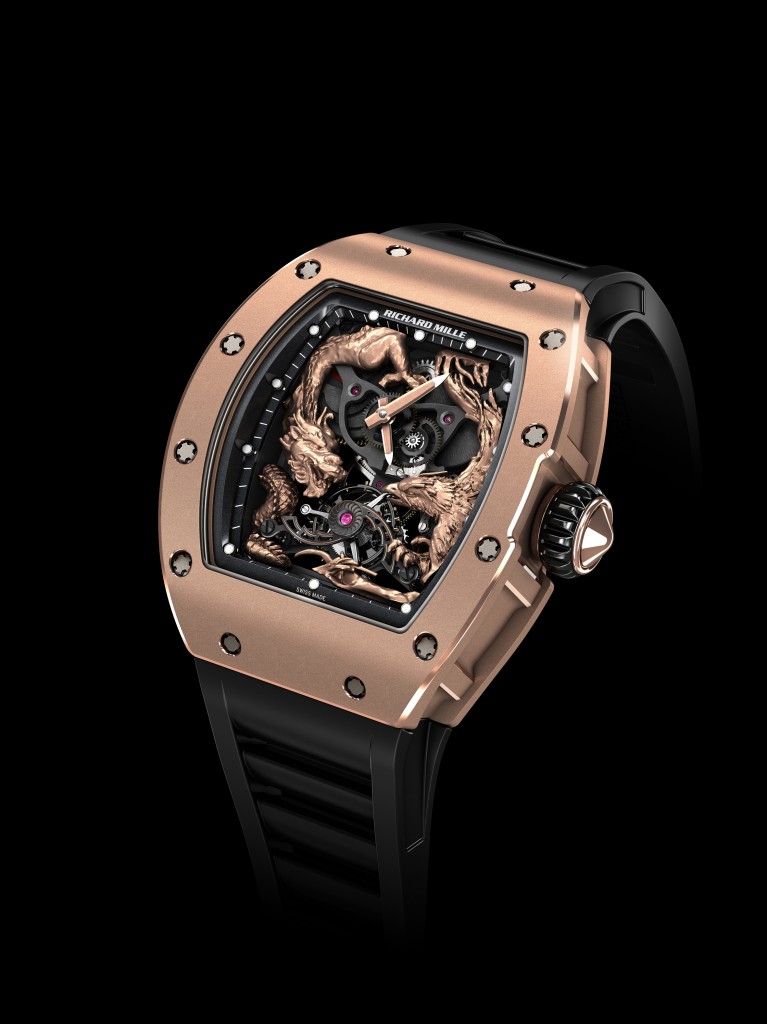 The Richard Mille 57-1 Phoenix and Dragon

This week Richard Mille unveiled a stunning new timepiece:  RM 57-1 Phoenix and Dragon-Jackie Chan watch. It is the embodiment of the world’s  ‘Four Supernatural Spirits’. The Phoenix has long been known as the supernatural king of birds – personifying the five virtues of benevolence, righteousness, propriety, wisdom, and sincerity. It is has always appeared in a magical variety; a physical representation of all areas of the universe from the highest heights to the lowest depths. The dragon has long been known as the fierce and strong creature of supernatural tales. It is believed that seeing these two creatures together is symbolic of great fortuitousness and luck. Thus, Richard Mille has released an artfully crafted timepiece featuring these powerful, mythical characters.

The timepiece is meticulously created in 3N rose gold, carved and incised by only the steadiest of hands, using the most specialized tools. This long and grueling process of carving, along with the hand-finished micro-painting, results in the most magnificently crafted representation of these divine characters. The remarkable wristwatch — complete with tourbillon escapement — is created in a limited edition of just 15 pieces in either 18k white or red gold. The timepiece features a base plate of PVD treated titanium, a double winding barrel, and a power reserve of 48 hours.