Richard Mille Beats Bovet At The Australian Open 2022 (Sort Of) 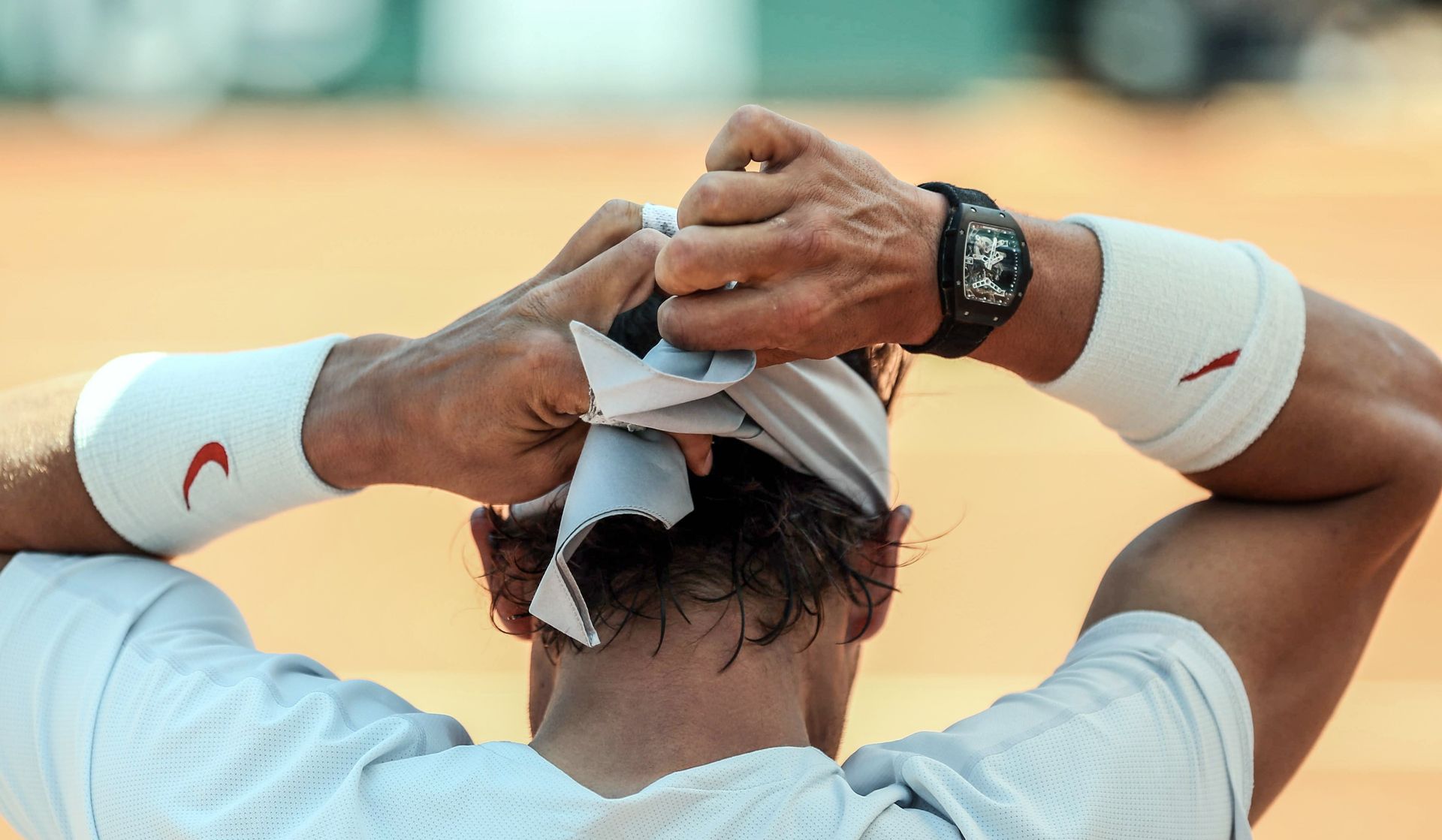 With the Australian Open winding down this past weekend, all eyes were on the finals. Especially the men’s finals, where – despite all the pre-Open drama around Novak Djokovic – Rafael Nadal was slated to hit the courts against Daniil Medvedev. Both tennis legends had a lot riding on the win, which ultimately Nadal took. After hours upon hours (five-and-a-half to be clear) of hefty swings and superb serves, Nadal has become the top Men’s Tennis player in history with a record 21 Grand Slam titles. The thing is, for watch lovers, this final round was also about the Richard Mille and Bovet watches on each of these player’s wrists. 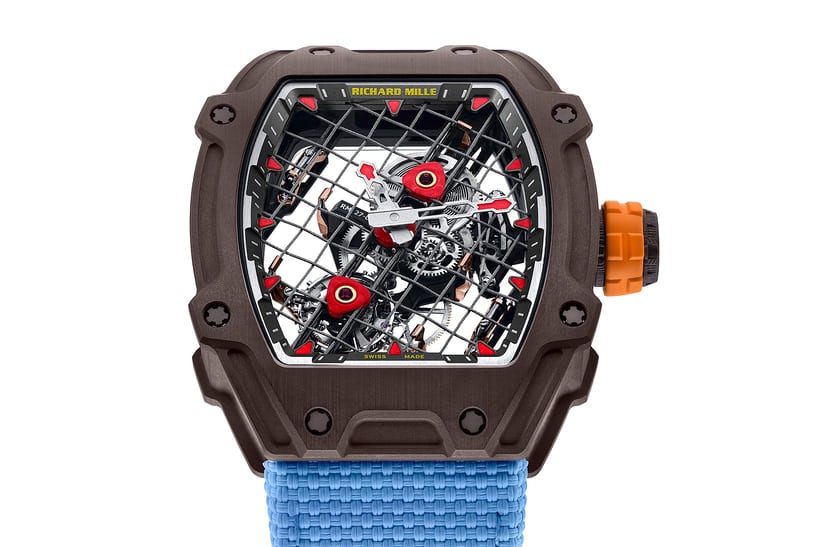 Nadal, a brand ambassador for years for Richard Mille, played the entire match wearing his RM27-04 Tourbillon Rafael Nadal – naturally. It’s bright blue strap and bold orange crown make it immediately recognizable on the court, but it is the strength, power and durability of the watch that really matters. The movement is shock resistant thanks to steel cables strung like tennis strings on a racket that allow it to have some mobility. The entire watch is also crafted from TitaCarb that offers incredible lightness and strength. It is valued at $1 million. 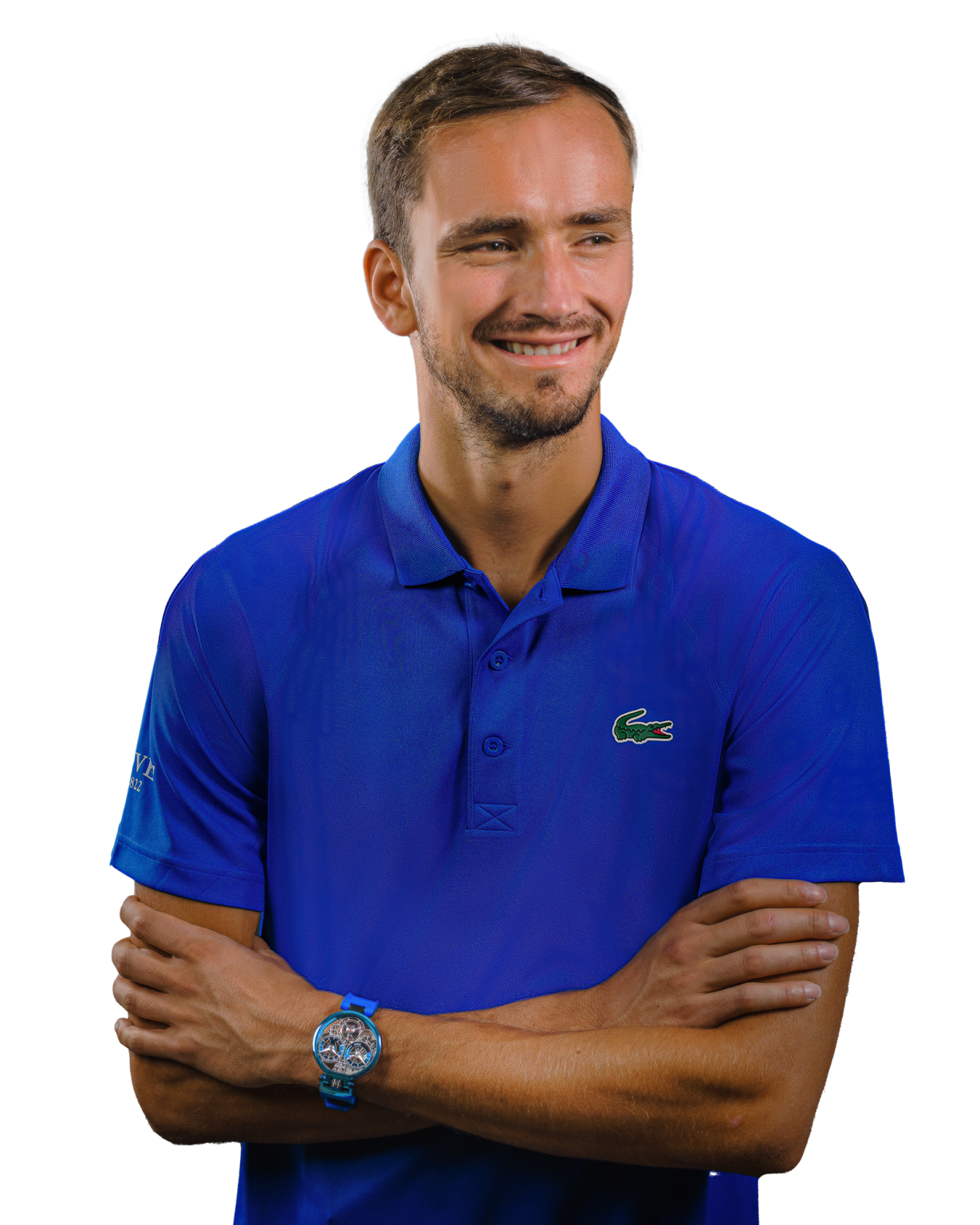 Nadal won the match over Medvedev despite being down initially in a couple of sets. He has outperformed his peers, taking one more win than the aforementioned Djokovic and Roger Federer. 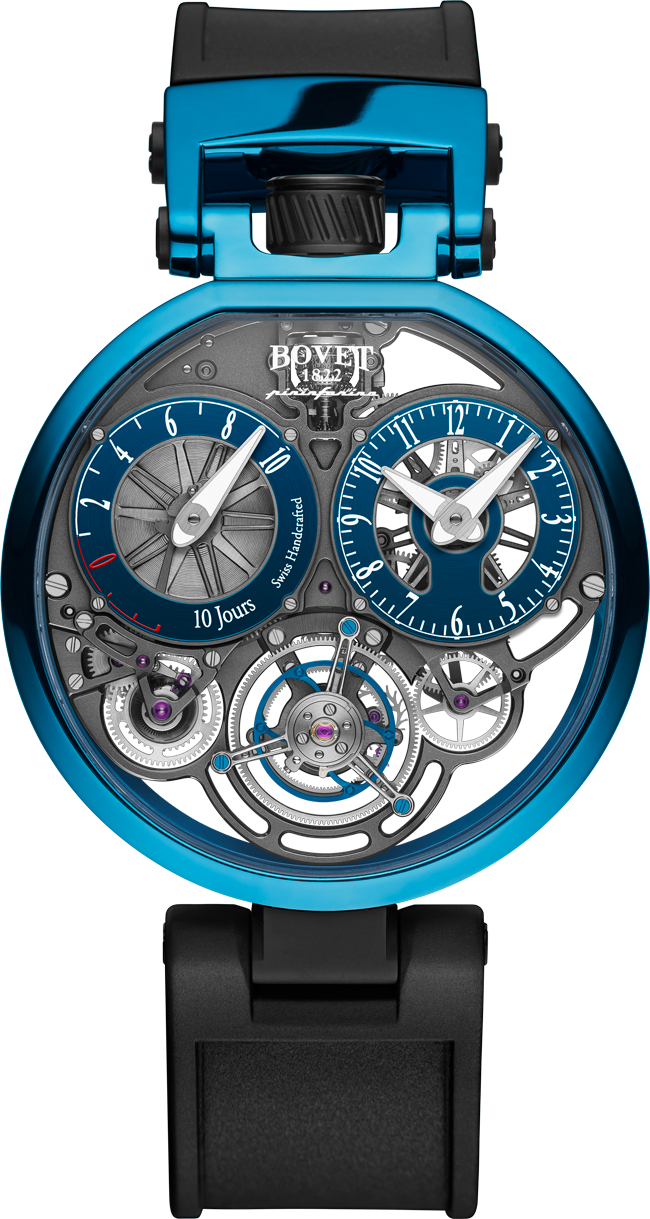 Bovet 1822 OttantaSei Tourbillon is the watch of choice for Daniil Medvedev.

Meanwhile, Medvedev really performed on the courts but just couldn’t keep up with Rafa. His Bovet timepiece did, though. Having signed on with Bovet a couple of years ago as a brand ambassador, Medvedev, sometimes referred to as the “Chessmaster, ” wears a Bovet 1822 OttantaSei watch designed by Bovet and Pininfarina. The bright blue 44mm watch    boasts a fully skeletonized movement  and houses a flying tourbillon with another 104 parts.