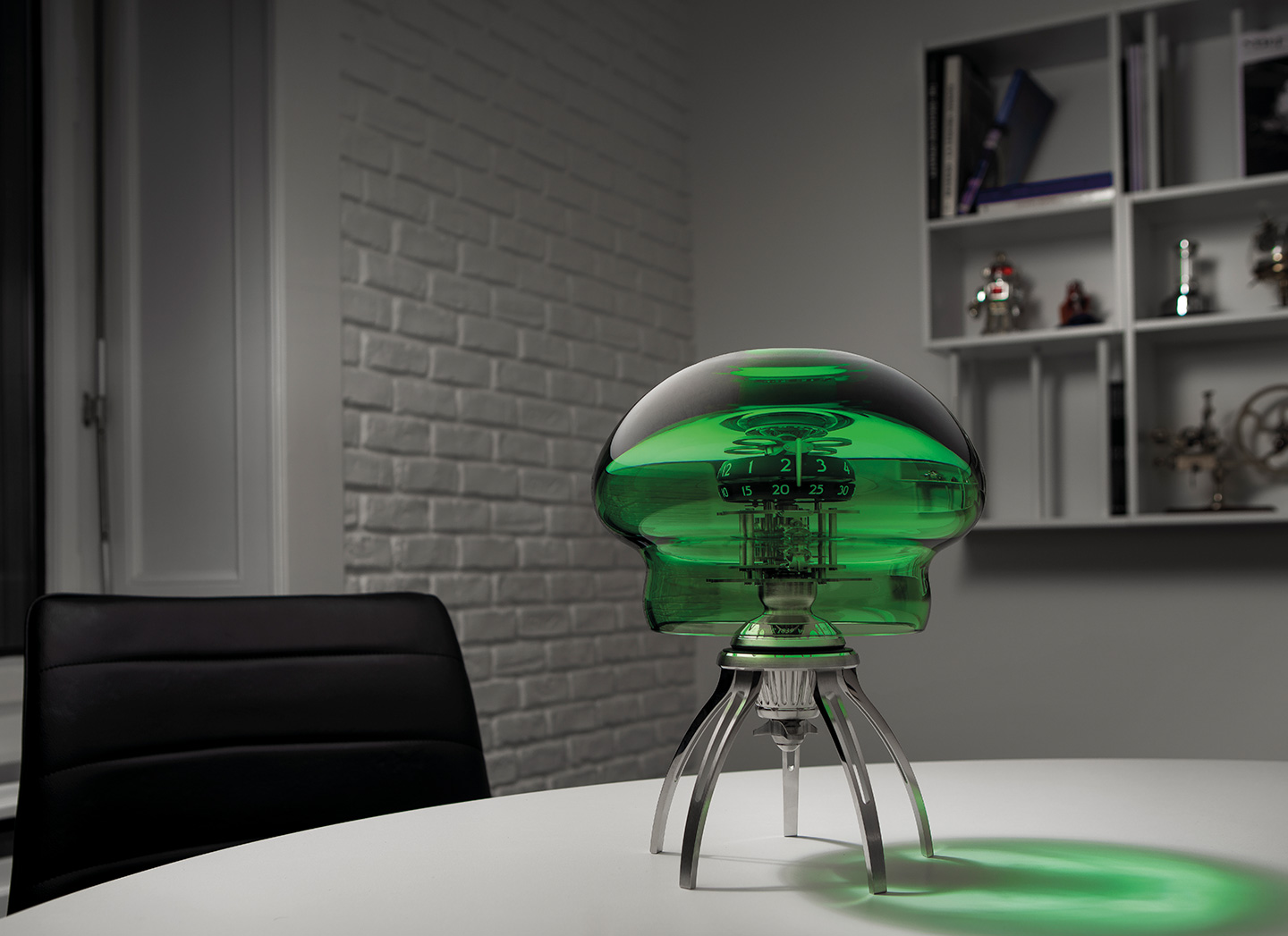 MB&F Medusa Clock made in cooperation with L’Epee

With Baselworld around the corner, we wanted to take a few minutes to revisit some important MB&F products before the exciting new unveilings coming out. Yes, we know about the new watches already, but that is embargoed material so you just have to be patient.  However, at the recent SIHH, MB&F unveiled its 10th collaboration with Swiss clock maker L’Epee 1839. We haven’t yet had the chance to bring it into the limelight here so we hope you will welcome a closer look at Medusa, the dual-configuration clock inspired by the jellyfish (are you recalling MB&F’s Aquapod?). 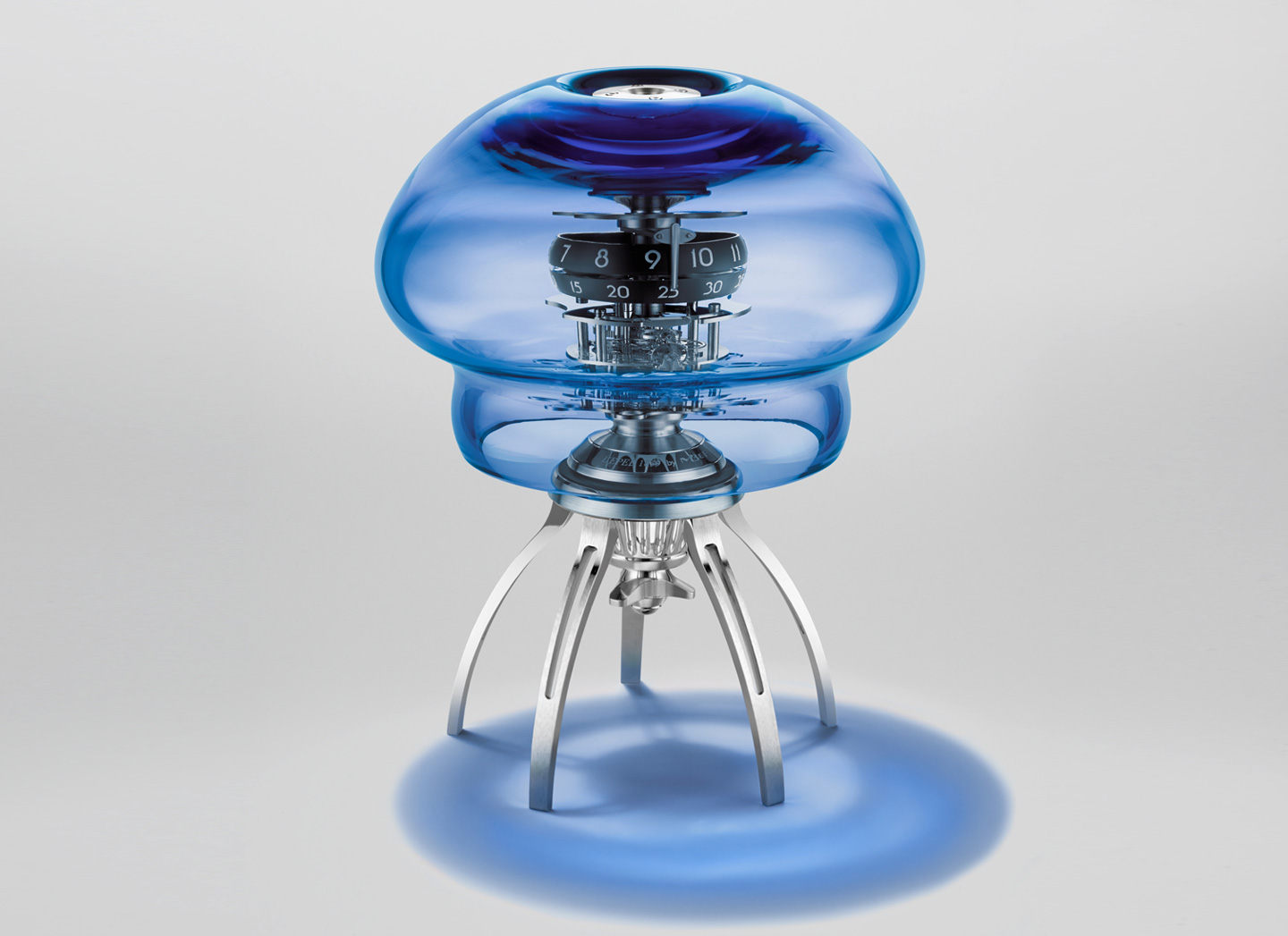 The clock almost didn’t make it to SIHH because of flooding in Venice. Huh?  What does Venice have to do with it? Plenty. The clock is crafted of hand-blown Murano glass and can be ceiling mounted or stood upon a desk. The large transparent dome of the clock that forms the body of the jellyfish was made entirely by hand in Murano -an island off of Venice. When the floods occurred last fall in Venice, it shut down the glass workshops and — by extension — the making of the clock. Luckily, the flood waters receded enough for the glass blowers to get a couple of examples out in time to show off in Geneva this past January. 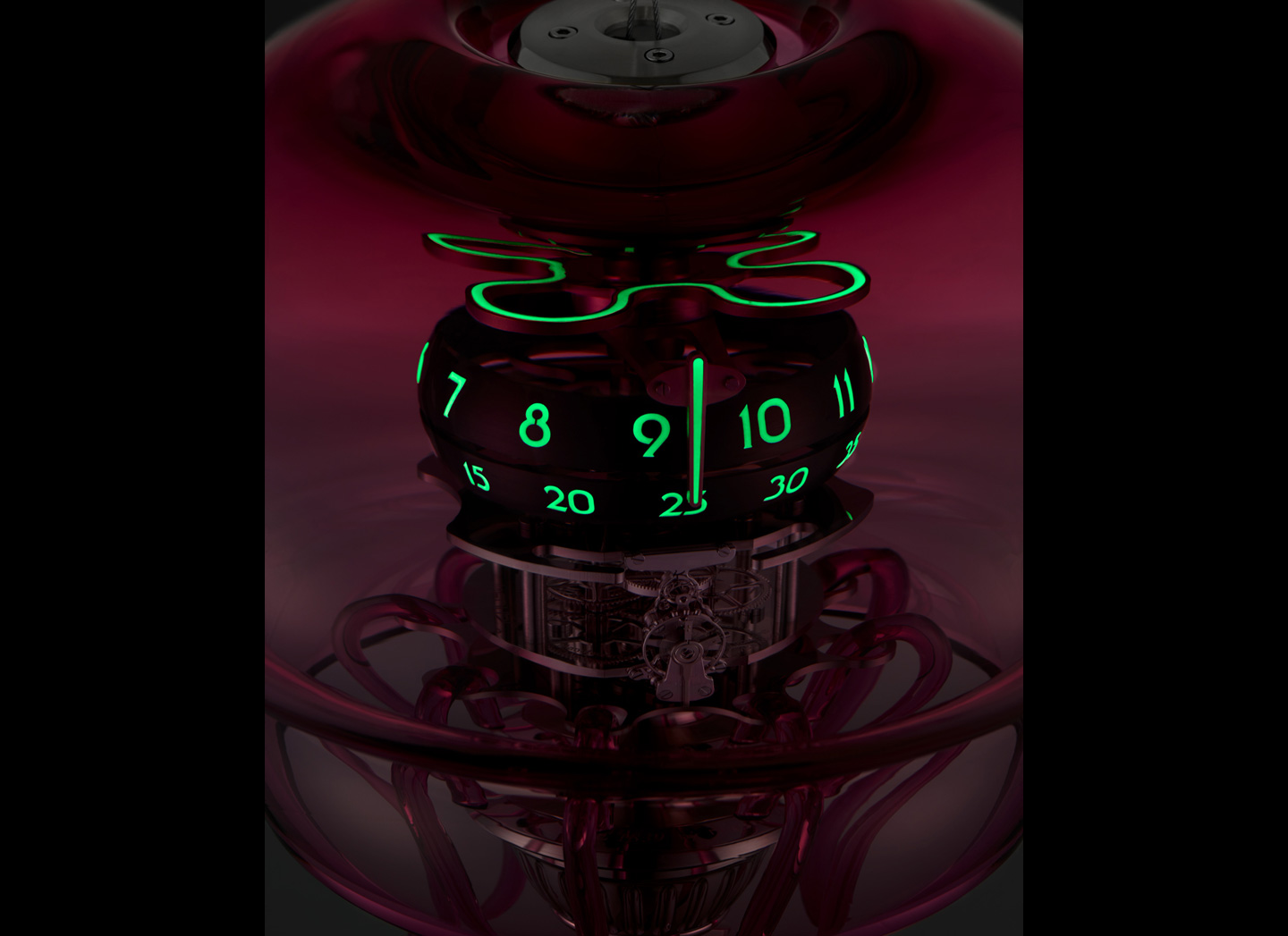 Thanks to a special Super-LumiNova coating the MB&F Medusa Clock, made in cooperation with L’Epee, glows in the dark

Two rotating rings that display the hours and minutes are visible throughout the glass dome. Thanks to a special Super-LumiNova coating, Medusa glows in the dark– much like certain species of jelly fish.  Medusa comes in three limited editions of 50 pieces, in either blue, green and pink – chosen to reflect the natural hues of a jellyfish.

Would anyone expect anything less than this creativity from MB&F? Let’s not forget that this is the brand that brought us three-dimensional sculptures on the wrist, that brought us watches with tiny alien statures inside, and so much more. 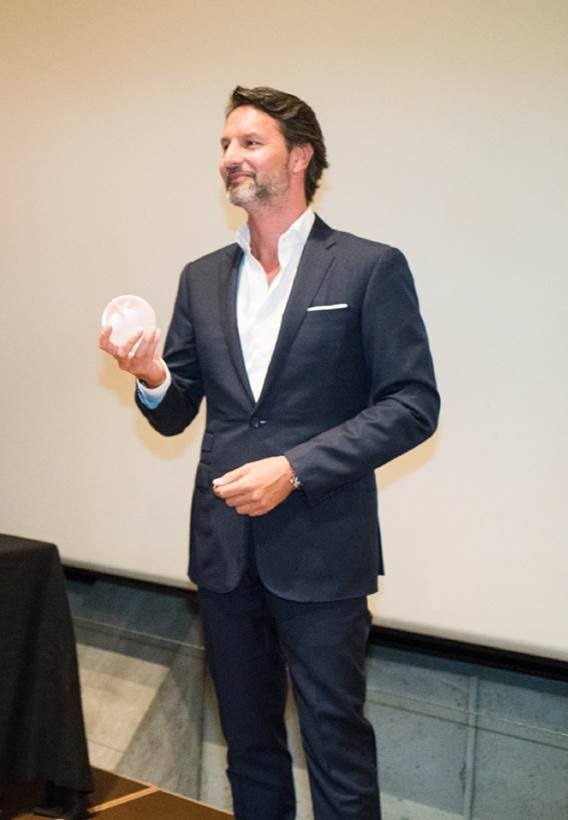 Maxililian Busser, who founded MB&F, ranks very high on the watchmaking world ladder. In fact, on September 20th   of 2018, he was awarded the GAÏA PRIZE – certainly the most prestigious reward within the watchmaking industry — honoring those who have had extraordinary careers in watchmaking.  Yes, Max has that! He was awarded for the Entrepreneurship category — where others honored before him include Nicolas G. Hayek, Günter Blümlein, Jean-Claude Biver, Richard Mille, Philippe Stern.

The award has been given out since 1993. It is presented by the Musée International d’Horlogerie (MIH) in La Chaux-de-Fonds, and many in the industry think of the Gaïa Prize the Nobel Prize of watchmaking. The honorable distinction was determined by a jury.  According to the official press release, Max received the Gaïa Prize “in recognition of his creative approach to watchmaking in the design and marketing of his products, and for the innovative way he manages his business.”   Yes; that sounds right. 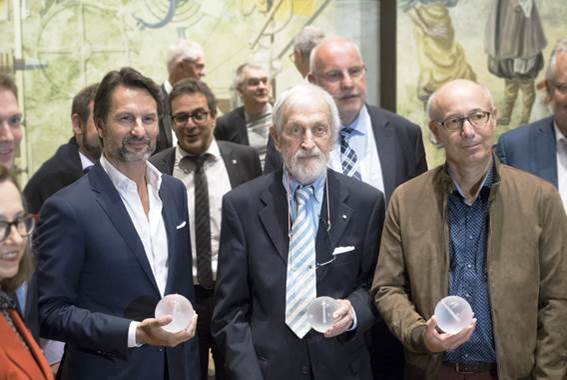 Also honored in 2018 wereReinhard Meis (History & Research), now retired, but who played a key role for many years at Lange & Söhne and then at Richemont, where he was Engineering director for product design and fine watchmaking, and Paul Clementi (Craftsmanship & Creation), whose career spans L’Epée, Parmigiani and Bovet, in addition to academic responsibilities at the Technical College of La Chaux-de-Fonds and the Haute Ecole HE-ARC.

A host of other pretty impressive people have received the distinguished award over the years. Among them, in the Craftsmanship & Creation category, areGeorge Daniels, Philippe Dufour, François-Paul Journe and Kari Voutilainen. In the History & Research category, people such as Roger Smith and Ludwig Oechslin have been honored.