Earlier this year, independent watchmaker, Antoine Preziuso unveiled a few truly complicated and special timepieces. Over the coming months, we will be reviewing those watches and taking a closer look at all the things Preziuso does right in watchmaking. Today, however, we are taking a long look at the $437,000 AFP-TTR-3X Chronometer Tourbillon of Tourbillons Meteor watch. So settle in and prepare for a nice journey. 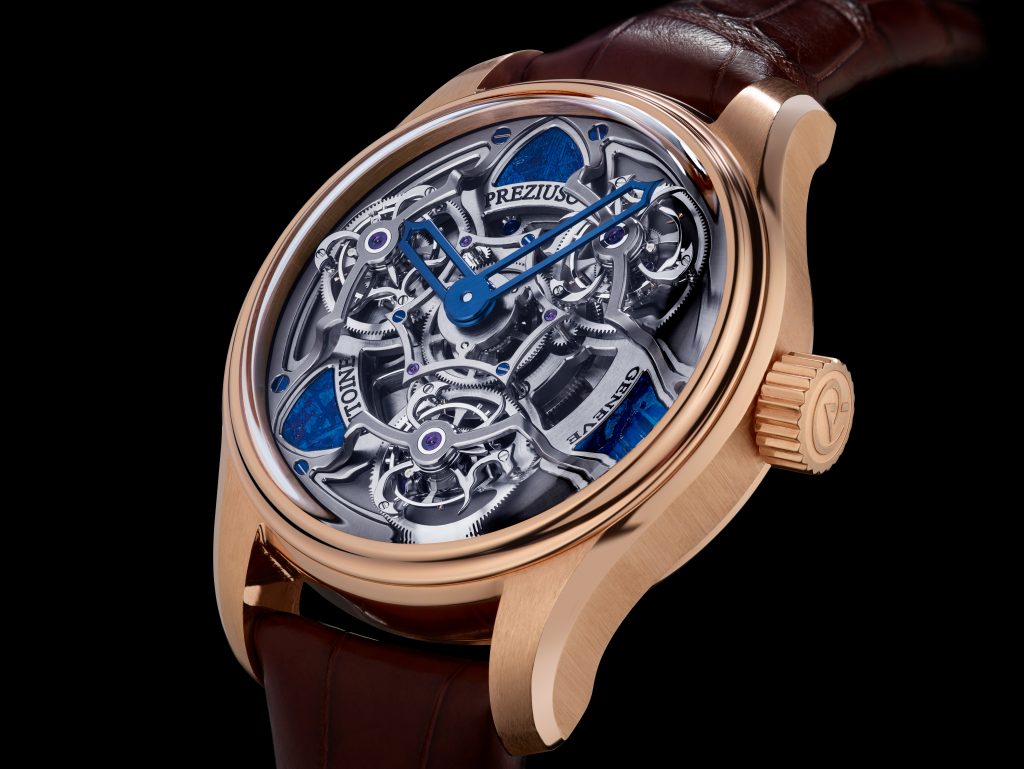 At first glance, the AFP-TTR-3X Chronometer Tourbillon of Tourbillons Meteor watch, referred to by Preziuso as “The Power of Three” looks like a labyrinth of wheels, gears and  pieces that form a mechanical maze. However,  closer inspection shows that it is, in fact, a complex maze that only the finest could work their way around.  Essentially, this watch has  three tourbillons on a revolving plate that resonate in unison.  A host of challenges presented themselves to Preziuso in the making of this mesmerizing mechanical dance, not the least of which was a magical, uniform performance. His solution: create  a central planetary triple-differential.

The Chronometer Tourbillon of Tourbillons represents a new chapter for Antoine Preziuso Geneve,  a chapter of blending the tourbillon escapement  (and multiple ones at that) with resonance.  This technical tour de force holds three international patents and is the result of years of effort, calculations and imagination. In fact, so complex was this concept thatno computer program could accurately simulate its method of functioning. It even required the creation of the smallest ball-bearing in the world: barely 1.6mm in diameter. 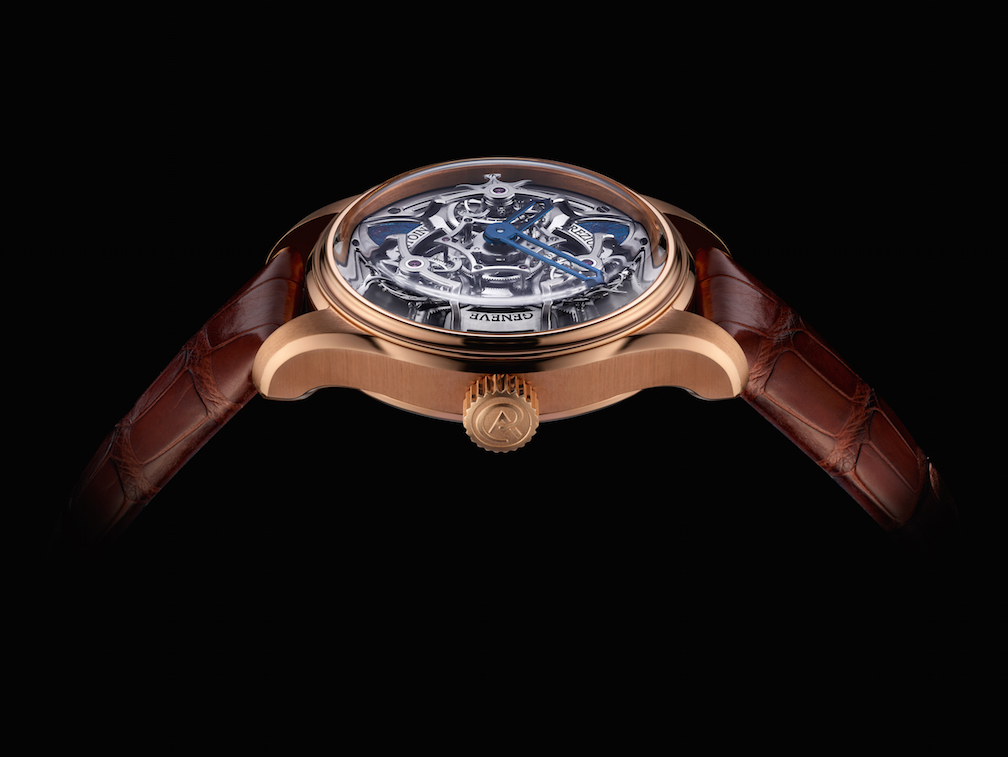 The Chronometer Tourbillon of Tourbillons is a dream Antoine Preziuso has nurtured since 2004, and thanks to his son, Florian, it has now become a reality. Together the two worked on conquering the technical obstacles one by one. To

The Power of Three

The Chronometer Tourbillon of Tourbillons is powered by three tourbillons beating at a frequency of 3Hz, linked by a triple-differential and separated by three decorative medallions made of meteorite. The three tourbillons revolve on their axis every 60 seconds, while the plate completes six revolutions per hour (one rotation every 10 minutes). The sapphire caseback also reveals  three jewels at 6:00, and three smaller jewels at 12:00. In fact, there are so many references to the figure 3 that one would need some time to study the nuances. 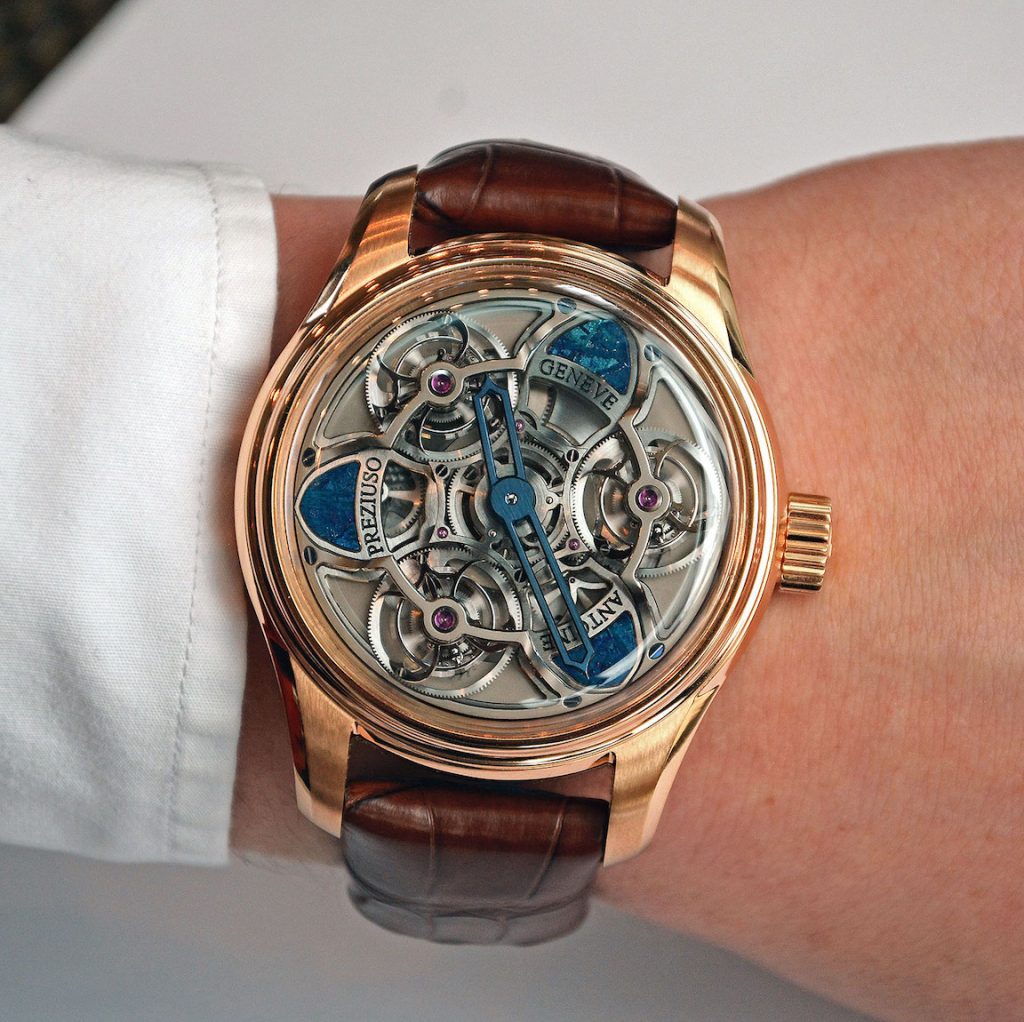 The patents for this timepiece include the creative development of multiple tourbillons on a single revolving plate,  placed equidistance from the centerof the plate, with their respective axes forming an equilateral triangle. Isochronism is enhanced by the fact that the three cages rotate on different axes and at variable speeds. Another patent deals with the resonance achieved.  The close placement of the three independent regulating tourbillons enables them to adopt an identical frequency via “synchronism.” When the tourbillons start to resonate, their amplitude increases and the system as a whole  forms a single revolutionary regulator, vibrating at a perfectly stable frequency of 3 Hz. 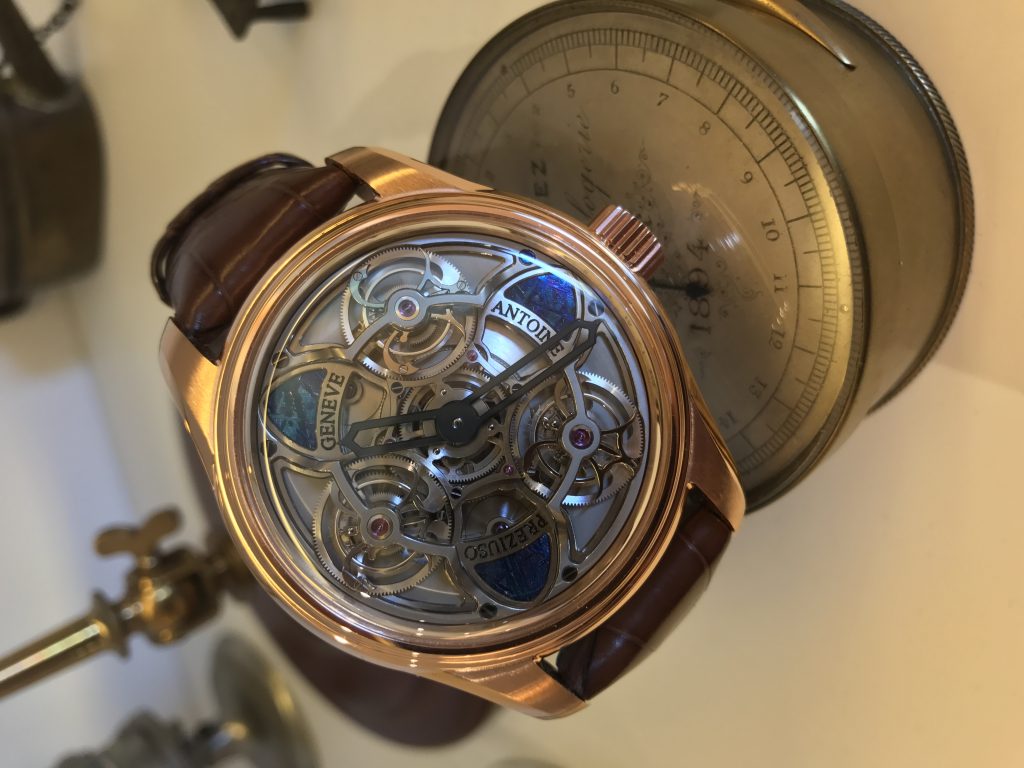 Triple-Differential also acts as a synchronizer and distributes  constant energy from the double-barrel to the three tourbillons through the center of the watch, without affecting the axis of the hands. It can correct variations in frequency, as well.  In fact, the technical complexities of this watch will dazzle the mind.

Preziuso is a brilliant watchmaker who has never succumbed to the “it can’t be done” mantra.This is a watch that you must see — with a loupe — and with Antoine Preziuso by your side, walking you through the journey — to get its full effect. 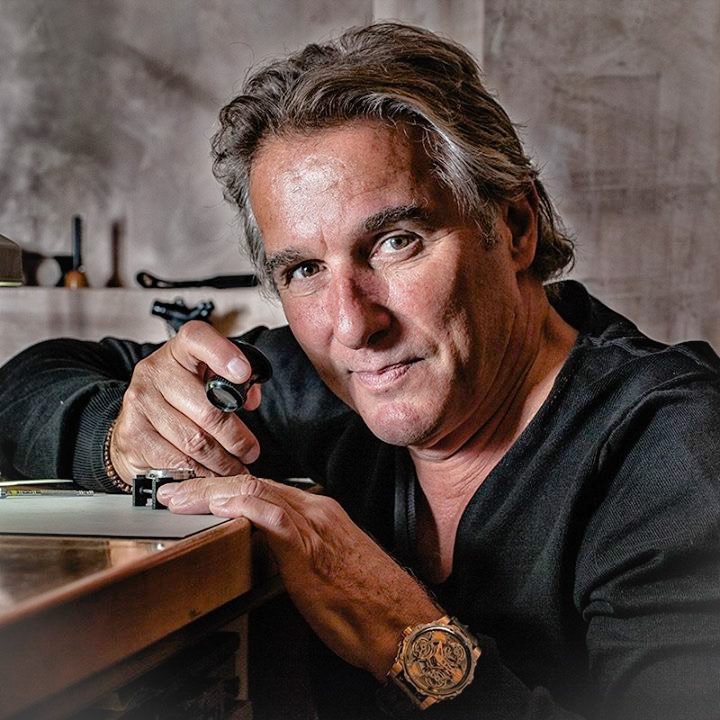