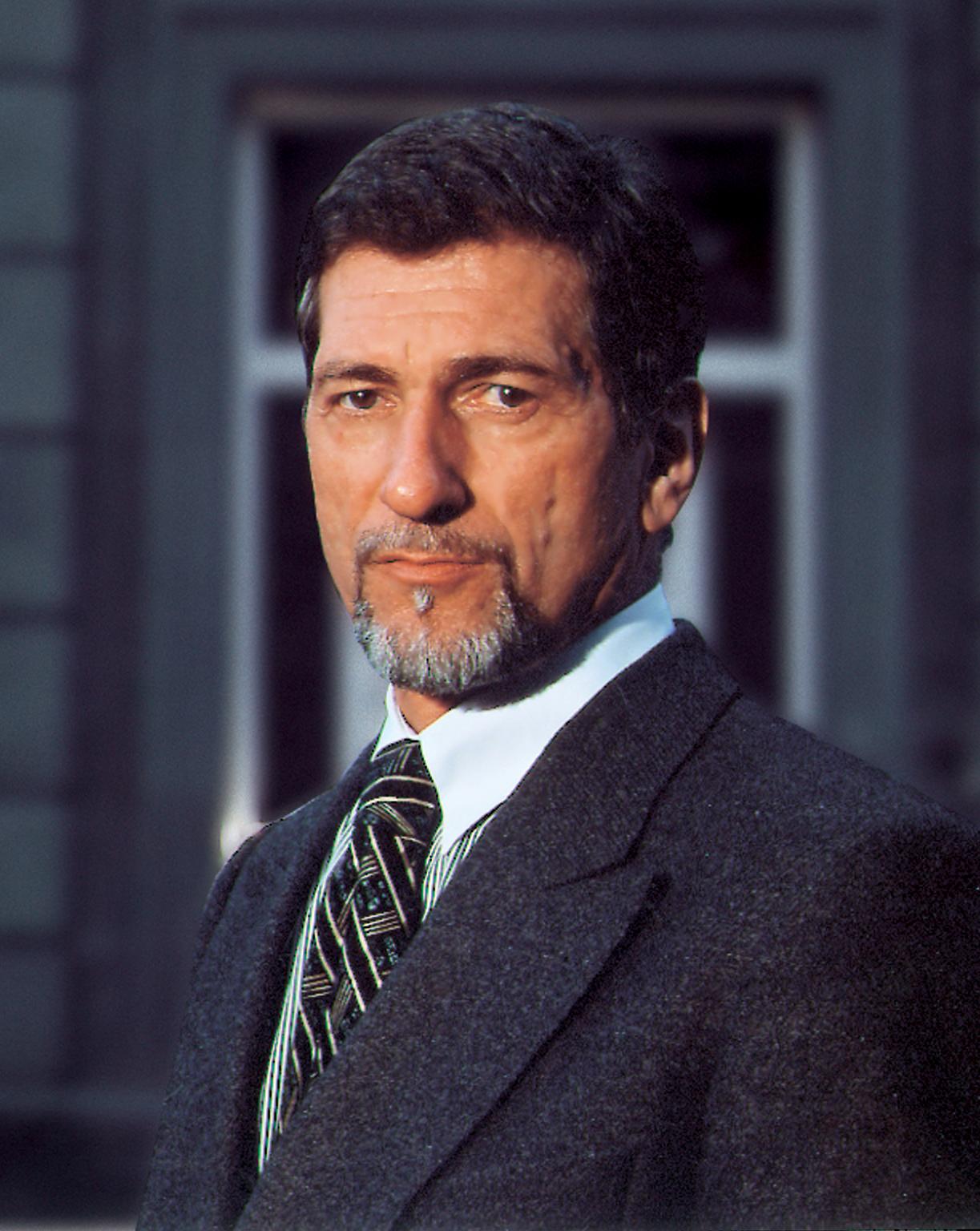 Remembering Günter Blümlein (1943-2001) 20 years after this death. The only thing missing in this picture is his “signature” reading eyeglasses.

I searched my computer to find the photographs of yesteryear. But to no avail. The reason: to find some of the great photographs of myself with Günter Blümlein, whose untimely death at the age of 58 in 2001 left the watch world stunned. His foresight and determination has been stalwart during the late 20th century as he led the charge for new and different, for mechanical over quartz and for rejuvenating the watch world.

Working to raise the images and technical capacities of  Jaeger-LeCoultre and IWC, and then reinventing, along with Walter Lange,  A. Lange & Sohne, Günter Blümlein was a legend in his own right and a great leader who challenged those around him to always do better.

On October 1, 2021, at 20 years since his death, the watch world recalled the many developments and inspirations this legendary man bolstered. Not only did he breathe new life into A. Lange  & Sohne  to re-establish the German brand in the Saxony region and develop a line of complex caliber sand watches, such as the Datograph, worthy of the brand’s past, but he had been instrumental in bringing IWC and Jaeger-LeCoultre to new heights.

At IWC he focused on developing titanium watch cases and working with Ferdinand A. Porsche well into the 1990’s. He was instrumental in propelling Kurt Klaus, the famed watchmaker behind the Il Destriero Scafusia, to the forefront – maybe making him the first executive to understand the value of recognizing the master watchmakers. Later, at Jaeger-LeCoultre, he strategically focused on movement advancements for brand credibility. After the fall of the Berlin Wall, he set his sights on German watchmaking and A. Lange & Sohne. 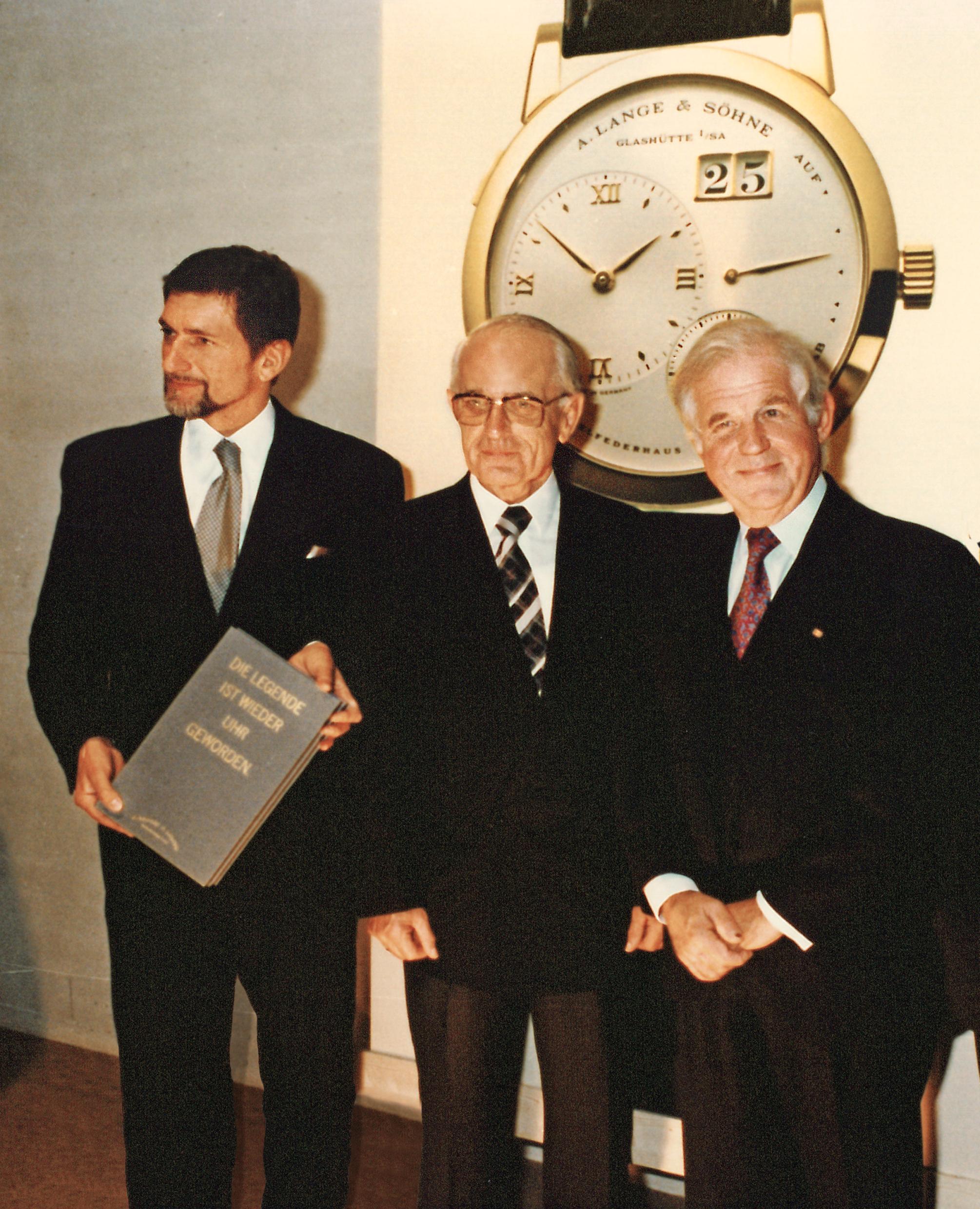 I count myself fortunate enough not only to have met Herr Blümlein, but more importantly to have had several truly satisfying and enlightening conversations with him. Charismatic, stoic and the ultimate strategist, Günter Blümlein seemed to always have a vision. Much like a bulldog, when he had something in his sights, he held on tight and moved forward.

Among the conversations I remember so well was one where I was visiting IWC Schaffhausen (whom I later wrote for and handled public relations for in America) on a one-on-one press trip and in-depth learning experience. Remember, I joined the watch and jewelry industry in 1985, so I have a long and storied past. At that time, Günter Blümlein personally walked me through the Schaffhausen museum across the street from the manufacture – pointing out the past histories of  H. Moser and discussing the plans he had for IWC. It struck me as interesting that this man had the foresight to think of the bigger picture, to be comfortable talking about the roots of a brand that involved others, separations, angst. I realized his plan was that no story should be left untold. 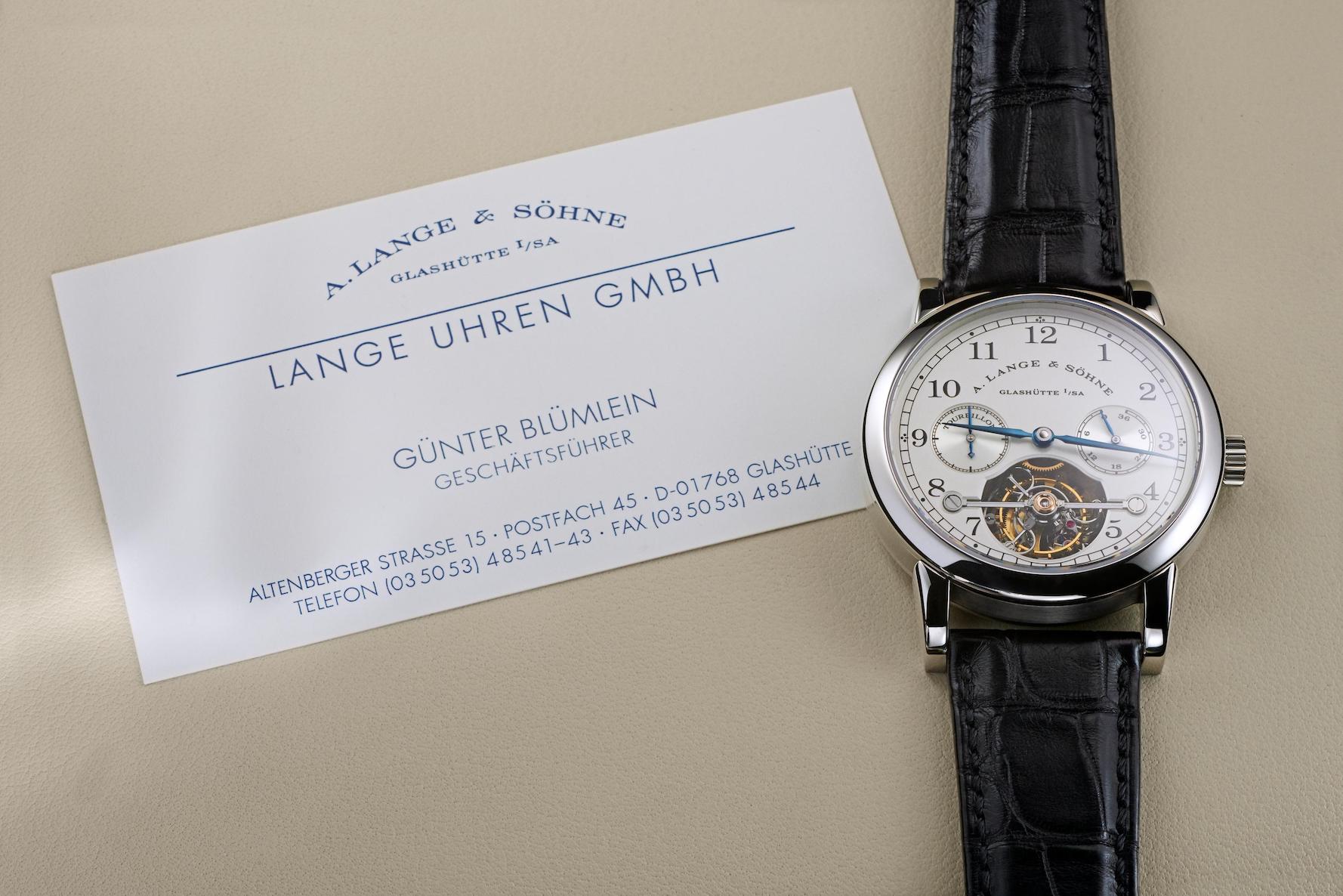 Günter Blümlein’s TOURBILLON “Pour le Mérite” with the limitation number 1/50, next to it his original business card

On another occasion, I remember traveling to Jung Frau on the scenic train with Jaeger-LeCoultre, where ice sculptures and adventures awaited. It was an amazing trip and one of the most memorable for me. The highlight of the trip, though, was the train ride back down from Jungfrau. I spent the entire time talking – both on and off the record – with  Blümlein. He was already immersed in his plans for Lange and was so enthusiastic about the endless possibilities there.  Again, I was struck by his vision and his enthusiasm and passion. Heretofore, while we had had interesting conversations,  he had not been a man of very many words. This trip was different. It was as though he had come to life in a new way.  I was still young in the watch industry (just about 10 years into it), but I was one of the few female journalists, and the only one from America to join on these trips and ask technical questions.  Often, I felt like an outsider looking in, but I always pursued. I remember toward the end of that train ride, he said one thing to me that has always stuck with me:  “I know it is hard for you, but I believe in you and you can do this.”

It was so encouraging and so uplifting. I felt reinforced somehow. It was a while before I saw him again. In fact, I think it was in 1999, when he was presenting new A. Lange & Sohne watches to the press during Baselworld that we had the chance to talk again. His passion was still burning strong, and he had great plans for the future. In 2000, he facilitated the sale to Richemont of the three brands —  IWC, Jaeger-LeCoultre and A. Lange  & Sohne — that had been organized under one umbrella. The more than $3 billion acquisition included Johann Rupert’s intentions for Blümlein to lead the Richemont Watch Division.

In a recent acknowledgement of the 20th anniversary of his death, A. Lange & Sohne aptly referred to him as “an unforgotten legend.” To this day, I wonder where these three brands would be today without Blümlein’s vision, perspicacity and passion. I am also continually grateful for knowing him. 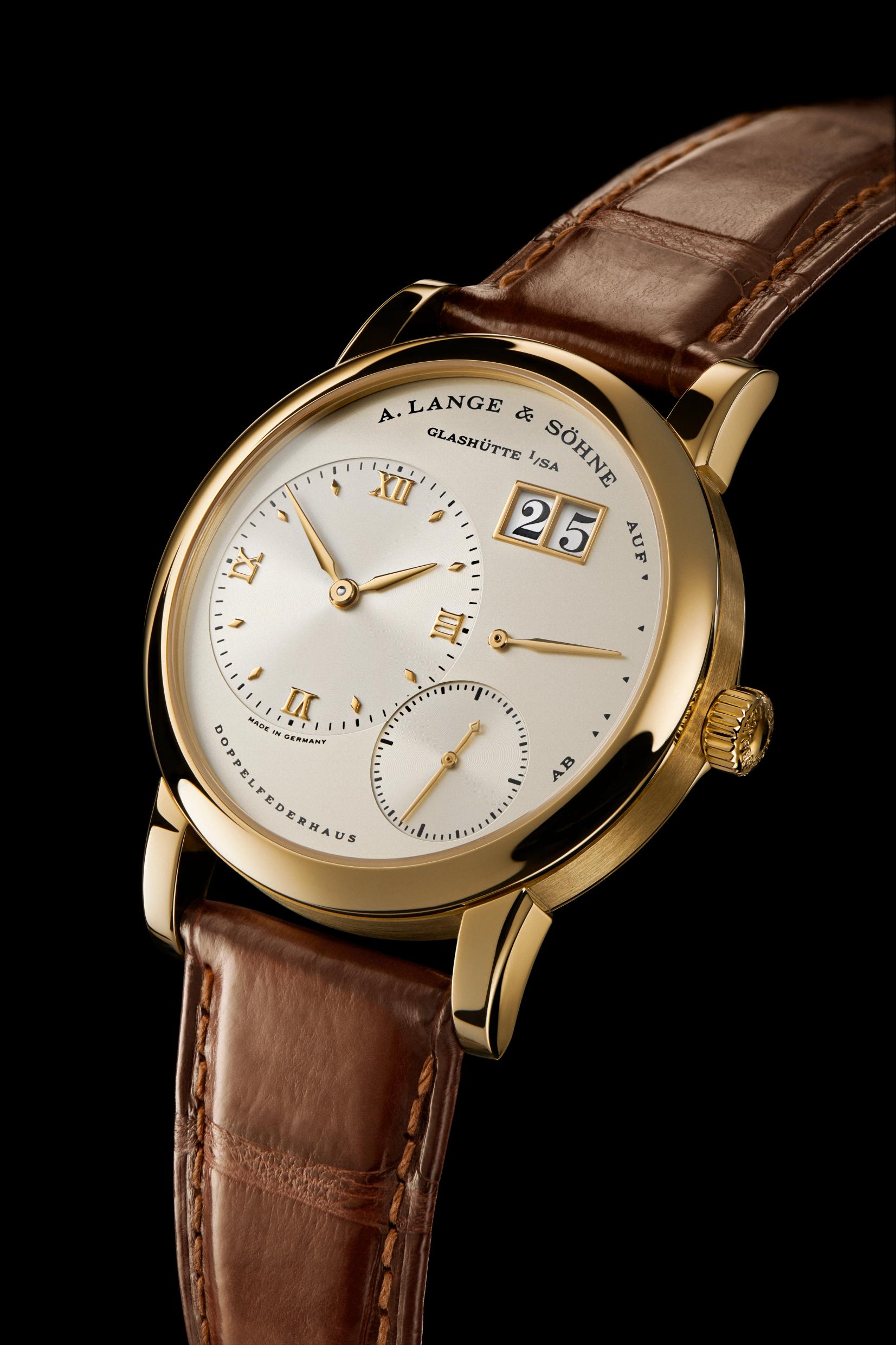