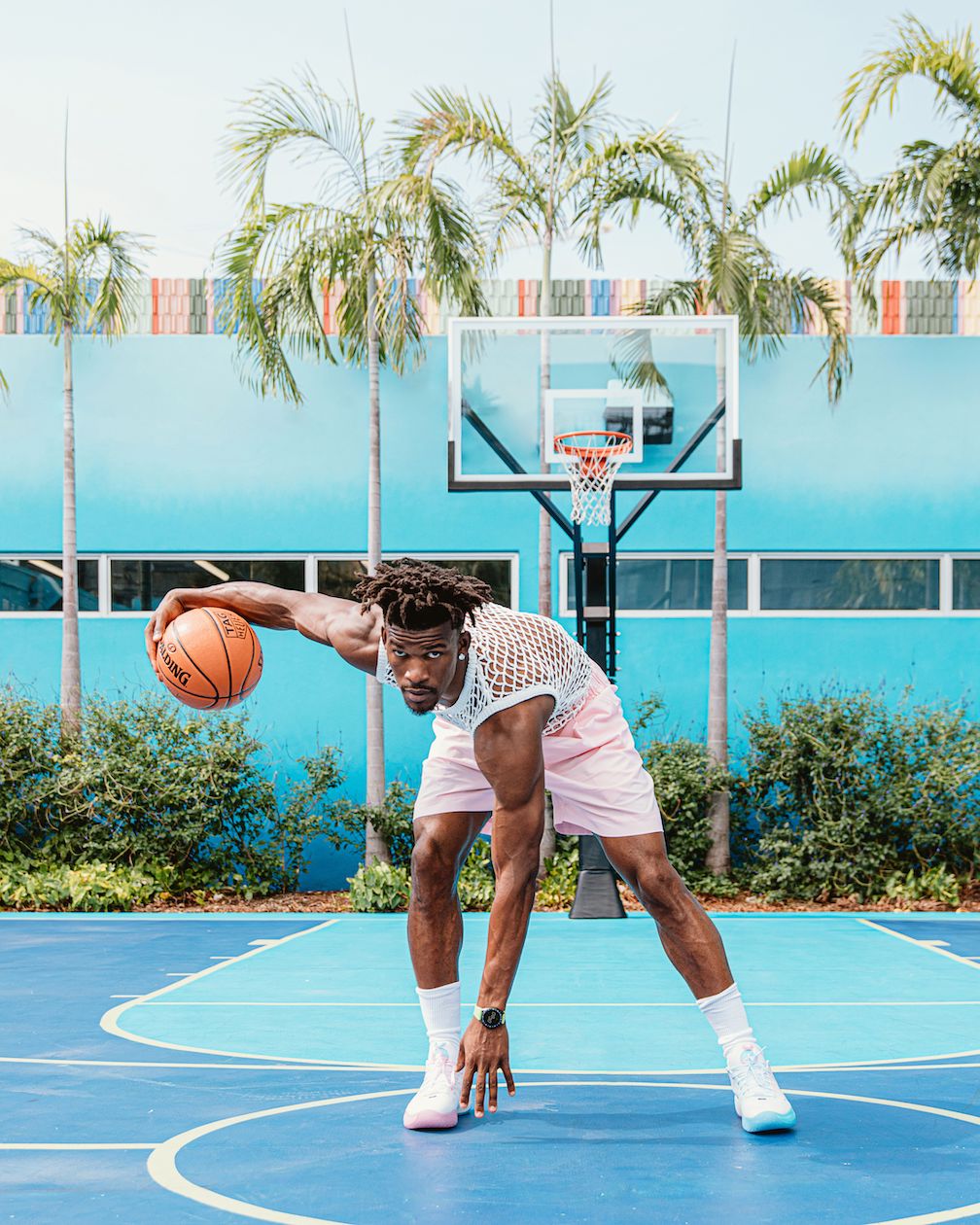 Just a few days ago, TAG Heuer announced that basketball superstar Jimmy Butler, also known as Jimmy Buckets thanks to his all-star slam-dunk performances on the basketball courts, joins their team as a brand ambassador for North America. An exceptional player in the NBA (National Basketball Association) almost since he went professional just 10 years ago, Butler is recognized as one of the top players in the league at just 31 years old. He was named to Forbes’ 2020 list of The World’s Highest-Paid Athletes (earning at that time an average of $27.6 million after signing a four-year deal with the Miami Heat in 2019). He is also a gold medal winner for the U.S. Olympic Men’s Basketball team in the 2016 Olympics in Rio. A five-time NBA All-Star, three-time All NBA Team Honoree and a four-time NBA All-Defensive Team honoree, Butler not only led his team to the 2020 NBA Finals in his first season, but also was instrumental in securing the team’s placement in the 2021 NBA Finals coming up.

Recently, we caught up with Butler, who is also a watch aficionado, a philanthropist involved with charitable initiatives for children in Chicago and Miami, and a master brewer of his company Big Face Coffee to talk about time, precision and his passions. Here, we bring you this exclusive Q&A. 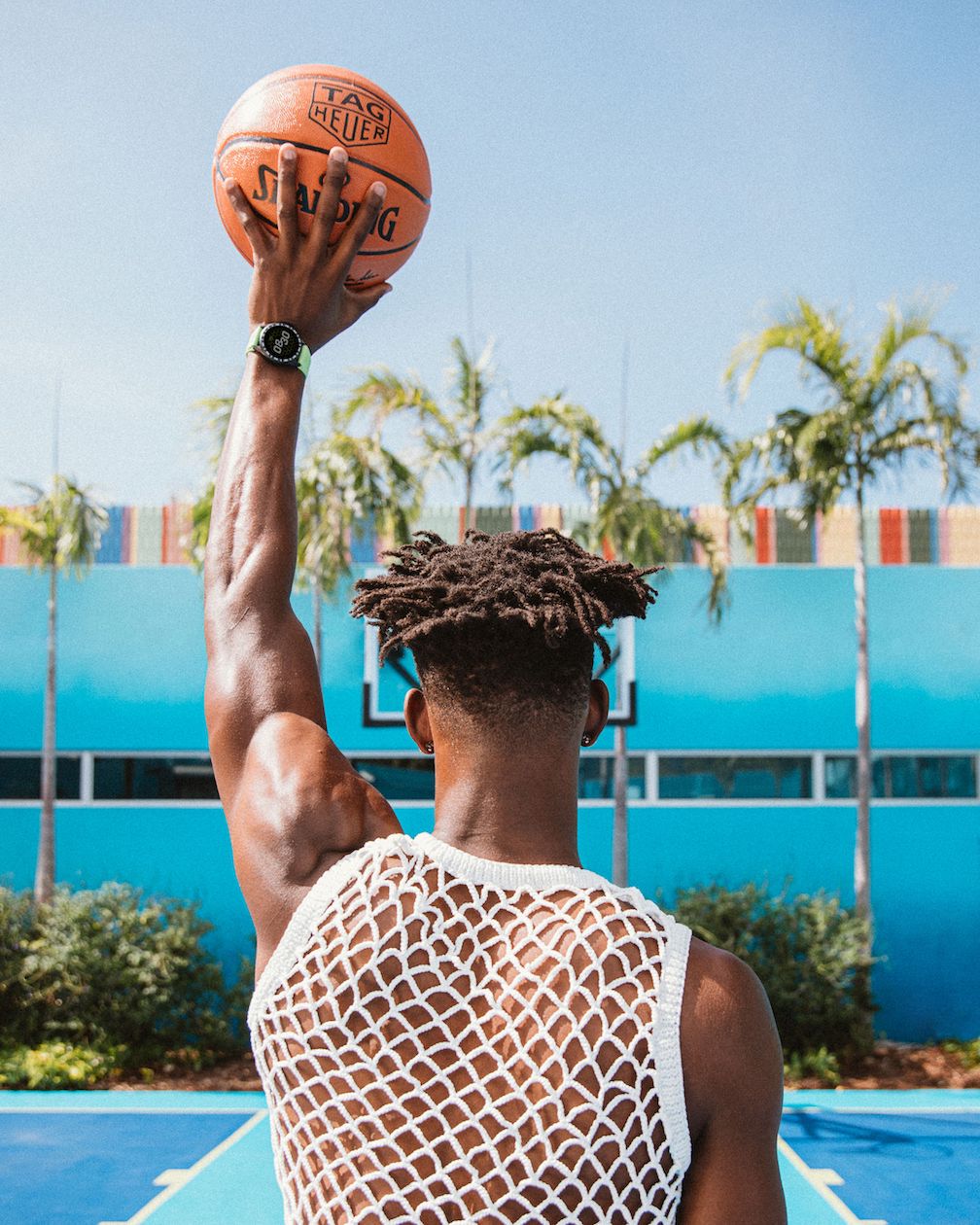 Jimmy Butler is also known as Jimmy Buckets thanks to his slam dunk performances on the court.

Roberta Naas: Having been a star for all these years and moving across a few teams, how does being on the Miami Heat feel? Was this a dream for you? What is your dream team?

Jimmy Butler: They embrace me here! This team embraces anyone who comes here and gives their all. They love you and respect you for that, and this is an organization I want to play for.

RN: Can you tell me a little about why you decided to become a brand ambassador for TAG Heuer?

JB: TAG Heuer and I share a common DNA of mental strength, passion and performance. What excites me most about being their new brand ambassador is that they see something in me. I’m glad that I get to represent this brand, and I’m glad that they feel that I’m the right person to do the job. TAG Heuer believes in me and I’m giving them everything I got.

RN: How does the “Don’t Crack Under Pressure” concept relate to you?

JB: I love pressure. Around here, we say pressure makes diamonds or pressure bursts pipes. Everything we do is to make sure we’re making diamonds out of that pressure. Every single day we’re putting the work in to make sure I’m in the best shape physically and mentally, and that I’m prepared for anything thrown at me on the court. I love pressure – it shows who you are.

RN: What does time mean to you?

RN: More importantly, as one of the best players in the league, how have you left your mark on basketball and what influence do you think you have had on the sport and on aspiring youths around the world?

JB:  I want to be known as an individual that works hard in everything and gives it all, and more than anything, I want to be known for helping people in a number of ways. I’ve had so much help to get to this point in my career and I know that I couldn’t do it by myself. I think that’s why I’m here – to help as many people as possible in this journey.

RN: What’s next for you career wise and personally?

JB: Career wise, win at all costs. This is why I do what I do. To compete and gain everyone’s respect when they go up against me. I want people to think ‘I don’t know what the outcome is going to be tonight, but I know going up against Miami Heat #22 I’m going to get his best.’  Believe it or not, I don’t think about basketball 24/7. I’m just a normal human being that loves to play dominos, drink some wine, and some coffee!

According to TAG Heuer, Butler was the perfect match for the brand because of his passion for action, performance, mental strength and precision. As such, he embodies the brand’s “Don’t’ crack under pressure” motto.