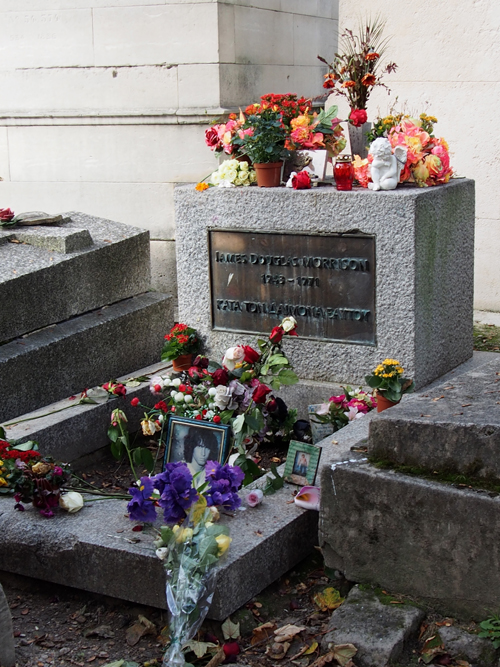 If you are in Paris, it’s a great day to wander the historic walkways of the famed Pere Lachaise Cemetery. If you are not in Paris, we’ll take you on a little journey back in time.  Many notables are buried in this cemetery – and – if they paid for eternal resting space – you can still find their graves. 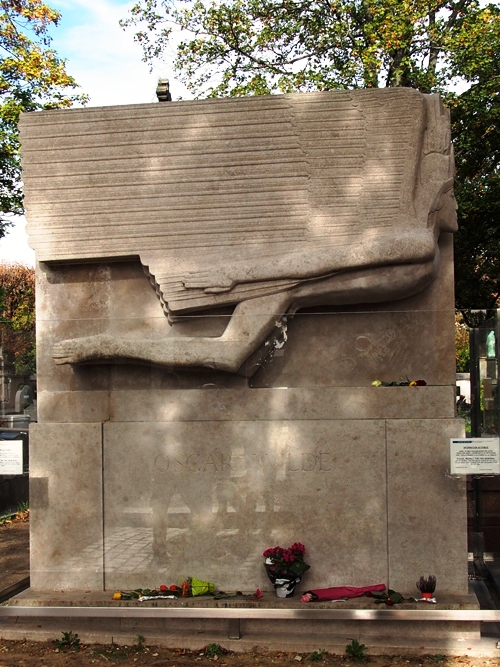 Oscar Wilde’s Grave at Pere Lachaise often has red lipstick kisses on it.

Among them is one of the most visited tourist sites in Paris: the grave of famed Jim Morrison. His story is well known.  Born James Douglas Morrison in 1943, Morrison was an American singer and songwriter most remembered for his lead singing role in the rock band The Doors. His pioneering spirit in music got him on the charts of Rolling Stone Magazine’s “100 Greatest Singers of All Time.”  Morrison developed alcohol dependency. He died at the tragically young age of 27 in Paris in 1971. 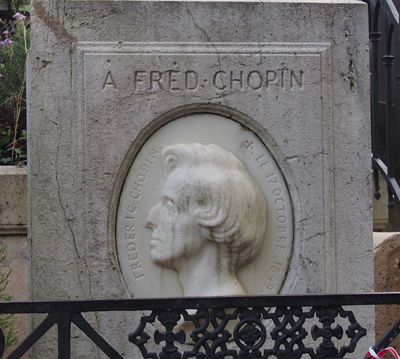 Composer and Pianist Chopin is buried in Pere LaChaise (though his heart is entombed in Poland).

Also in the cemetery is Oscar Wilde, Irish poet and writer who was famous especially in London in the 1880’s and 1890’s. Among his masterpieces: The Importance of Being Earnest, An Ideal Husband, Salome, A Woman of No Importance and more.  His very visionary art-deco styled grave is often covered with red lipstick kisses.

Famed watchmaker Abraham-Louis Breguet and many members of his family have a vault here, as well. Breguet is known as the inventor 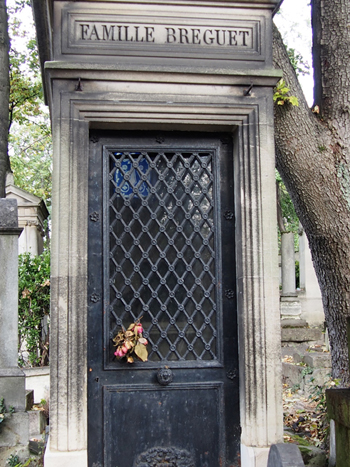 Inventor of the tourbillon escapement, watchmaker Abraham-Louis Breguet is buried with family members in Pere Lachaise.

of the tourbillon and many other watchmaking advances, and was watchmaker to the royal courts – having made watches for Marie Antoinette, Caroline Murat and Napoleon.

Frédéric François Chopin, Polish composer and pianist is buried in the cemetery (though his heart is entombed in a pillar at the Holy Christ church in Warsaw), as is Jean-Louis André Théodore 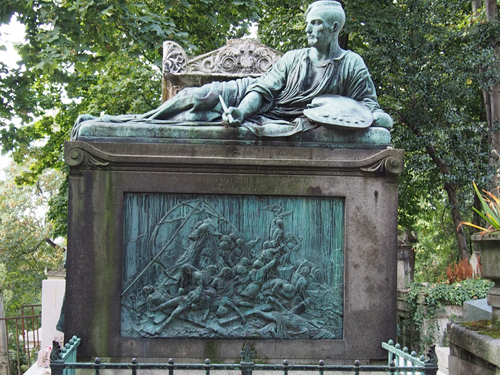 Painter Gericault has an elaborate statue above his resting place in honor of his contribution to romantic art.

Géricault –an influential French artist, painter and lithographer, known for The Raft of the Medusa and other paintings. Although he died young, he was known as a pioneer of the Romantic Movement in art and has a very ornate sculpture above his grave.