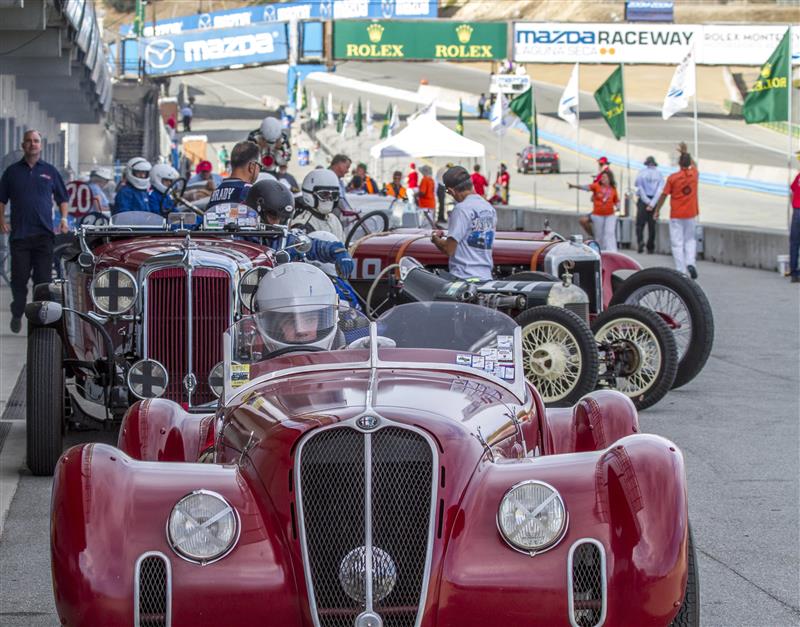 In the pits at the Rolex Monterey Motorsports Reunion. Photo: Rolex, Stephan Cooper

Today marks the Concours d’Elegance in Pebble Beach and the conclusion of the Rolex Monterey Motor Sports Reunion, ending Monterey Classic Car Week — one of the most exciting weeks in vintage automotive circles.

Pebble Beach Golf Links has witnessed many memorable triumphs in its history, including U.S. Open wins for Rolex ambassadors Jack Nicklaus and Tiger Woods, but the Pebble Beach Concours d’Elegance is a very different affair. In fact, the gathering of prized collectors’ cars on the 18th fairway overlooking the Pacific Ocean has earned a reputation as one of the finest car exhibitions.

Launched in 1950 as a small social event with an accompanying road race designed to showcase the most avant-garde vehicles of the period, the event has expanded into a globally renowned tribute to automotive splendor. Aficionados from around the world are drawn to this capital of the sublime, pristine and invaluable. 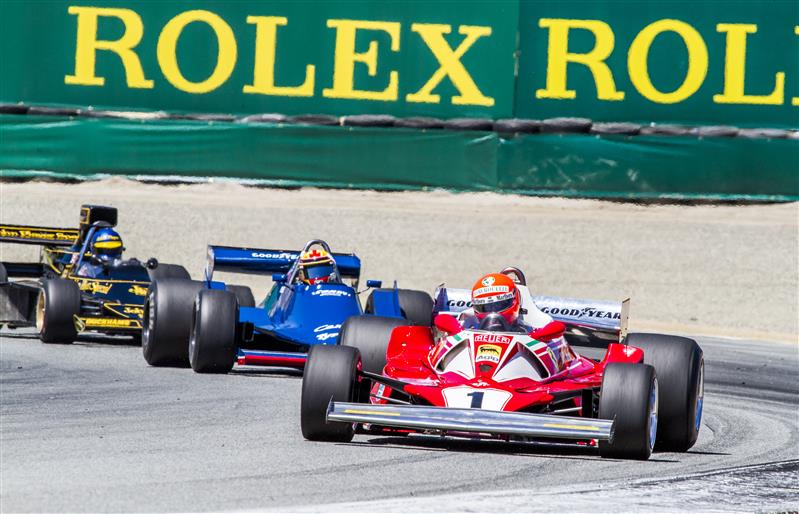 On the course at the Rolex Monterey Motorsports Reunion. Photo: Rolex, Stephan Cooper

While  Pebble Beach Concours d’Elegance may not be a contest of speed,  it is intensely competitive all the same. Cars can win and lose on the smallest of details. Judges assesses originality and authenticity, along with design, styling and refinement. Those selected as First in Class draw up onto the winner’s ramp in front of The Lodge to receive their awards and are subjected to one final appraisal from the judges who vote to determine the final — and highest — award: Best of Show.

In the past 65 years, some 24 different marques have won the Best of Show, with luxury car manufacturer Duesenberg waving the flag for the U.S. with six triumphs. The Europeans, however, have stolen the show, winning 46 times to prove there is no home turf advantage for design or style. Bugatti has led the way with nine of its cars chosen – and in particular the Type 57, which accounts for six of those successes and includes a flamboyant Jacques Saoutchik styled version. 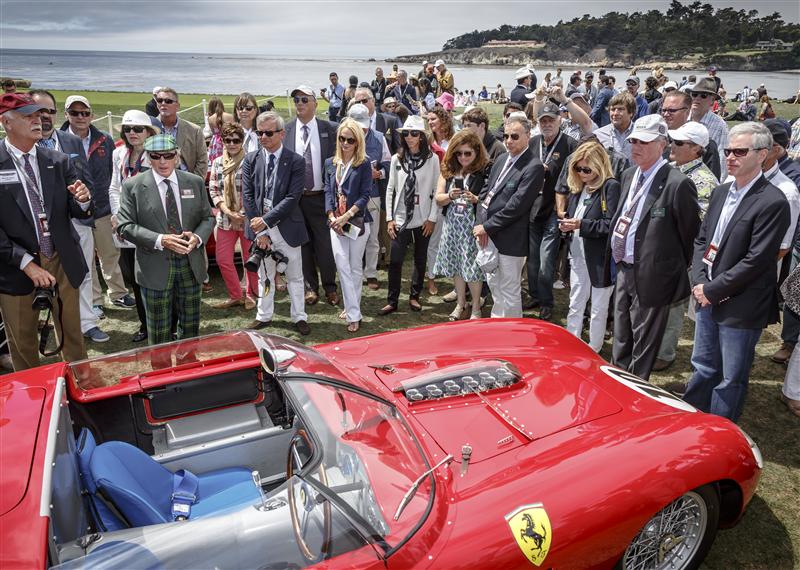 Last year, the choice of Jon Shirley’s 1954 Ferrari 375 MM Scaglietti Coupe sent a ripple through the knowledgeable crowd. It was the first time since 1968 that a Post-War era vehicle had won the top prize. Whether it marks a significant change in thinking remains to be seen.

Rolex has been the Official Timepiece of the Concours and partner to The Lodge at Pebble Beach since 1997. Stay tuned for the final winners – to be announced here tomorrow.

Introducing The Vacheron Constantin Year Of The Rabbit Watch
August 16, 2015

Introducing the Piaget Year Of The Rabbit Watch
August 16, 2015