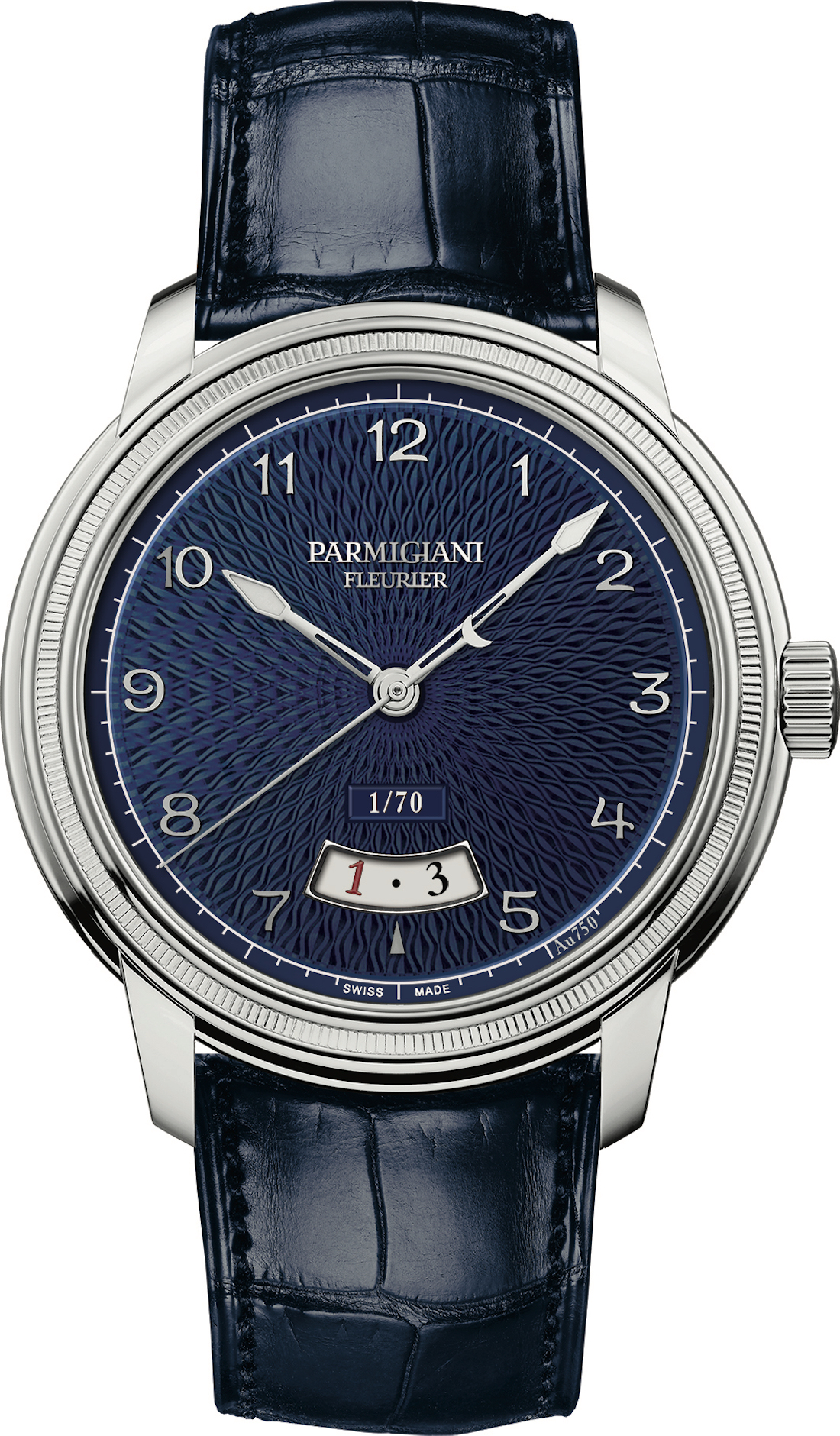 It isn’t every day that a person has a watch made to honor their 70thbirthday, but Michel Parmigiani isn’t just any person. The now 70-year-old master watchmaker is the founder of Parmigiani Fleurier and in honor of this birthday, the brand is creating a limited edition series of the first wristwatch he designed, the Toric, back in 1996 when the brand launched.

The new Toric Heritage is a superb timepiece created in a limited edition of just 70 pieces to honor the contributions Michel Parmigiani has made to preserving the past through his restoration work, and to passing on the skills of watchmaking and craftsmanship. In fact, 44 years ago in 1976, he established his own restoration workshops. The young master watchmaker perfected the art of restoration of vintage automatons and clocks.

Over the years, Michel Parmigiani has restored some of the most important historical clocks, including bringing the legendary Breguet  Sympathique clock back to working order, and doing the same with many mechanical wonders from the Patek Philippe museum. He worked closely with the Sandoz Foundation as he restored many an automaton and clock. His work in the restoration field not only preserved the past for future generations, but also was an enlightening educational experience for him. As the Sandoz Foundation got to witness Parmigiani’s work, the Foundation supported him in his efforts to start his own eponymous watch brand. 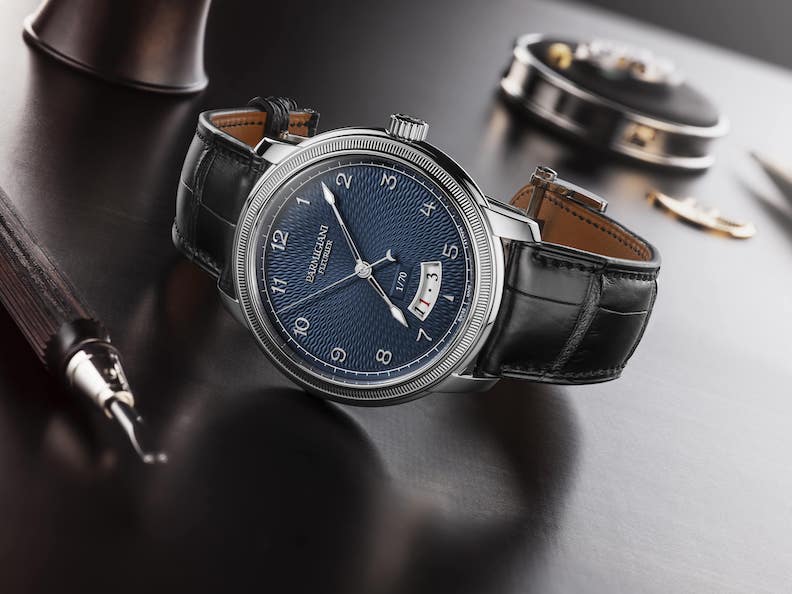 Now, the new commemorative Toric Heritage watch celebrates that first piece as well as Michel Parmigiani’s 70thbirthday. It is crafted in polished stainless steel with an Abyss Blue dial that really draws you in like no other thanks to the meticulous guilloche’ pattern and the rich blue hue. From the inside to the outside, the watch is made with every attention paid to detail – like all of the Parmigiani Fleurier watches. 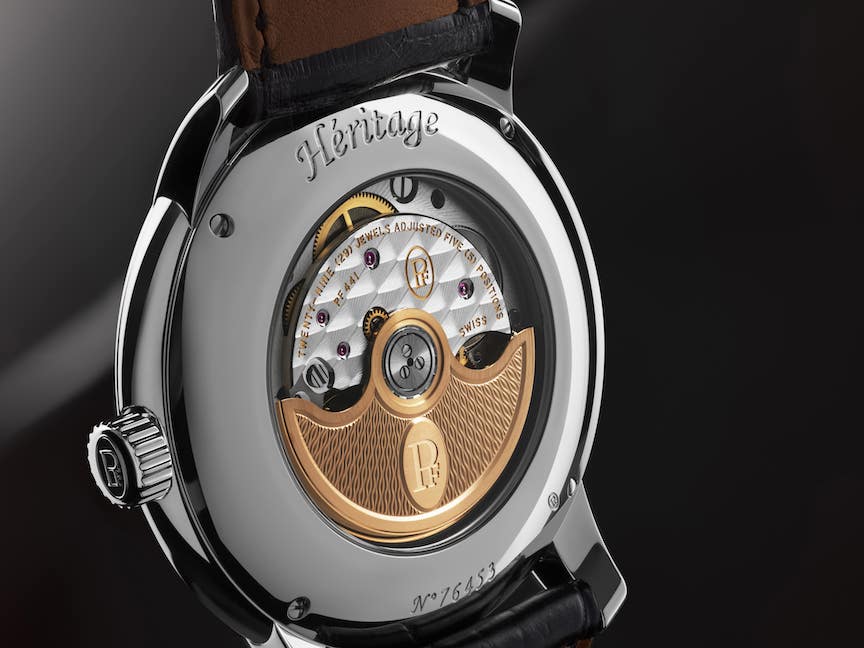 The watch features hand-crafted knurling on the stepped case, a fluted crown, curved lugs and dimensions that are inspired by the Golden Rule of architecture – the very rule that inspired the first Toric watch.  The open-worked javelin hands are inspired by the spear that Greek goddess Athena carried, and the18-karat white gold applied hour numerals are a specially stylized Hindu-Arabic font. There is a date aperture at 6:00 on the dial and the number of the watch resides on a plaque above it. As mentioned, the mesmerizing blue dial boasts an exceptional pattern inspired by the sprouting of barley. The Grain d’ Orge guilloche’ motif dial is hand created on vintage rose engines and brings together nature and history.

The watch is powered by an in-house made Parmigiani Fleurier Caliber (PF441) that is also a COSC-certified chronometer. This means the movement has  been tested by an outside agency under extreme conditions for a host of aspects, including water resistance, temperatures, humidity and more, and has passed with flying colors – ensuring accuracy and reliability. Thanks to a double barrel, it offers 55 hours of power reserve when fully wound. In typical Parmigiani style, all of the movement parts are individually polished and decorated. The sold 22-karat rose gold rotor boasts the same Grain d’Orge guilloche’ as the dial and is visible via a transparent sapphire case back.  Just 70 pieces will be made, each retailing for $17,700. 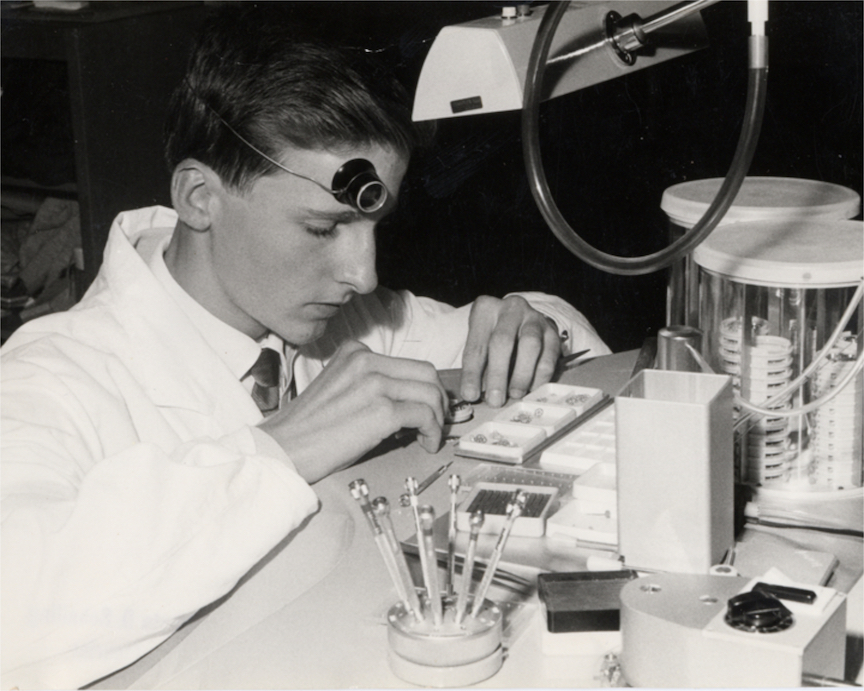