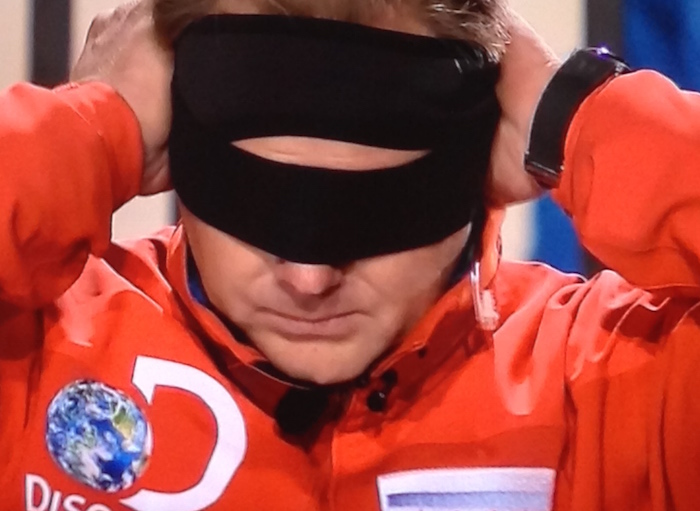 Nik Walled walks blindfolded on a high wire in Chicago

The first thing Nik Wallenda said when I asked him what his major concern was about walking a high-wire tightrope across the Chicago River was: “ The weather. It is the Windy City after all.”

Well, yesterday, Nik Wallenda, known as the king of the high wire, dazzled the world (it was filmed live on Discovery Channel) with his daring walk across the Chicago River – accomplishing his 10th world record.

The walk, which took place 600 feet in the air in the Canyon of Skyscrapers, started  at the Marina Tower, took Wallenda across the Chicago River and to the Leo Burnett building. All told, that portion of the walk took just about seven minutes, and despite the fact that there was some wind and the incline was steeper than he expected it to be, Wallenda made the record-setting walk seem easy. Then, with the walk complete, he crossed over to the Marina Towers again and walked a high wire from the West Tower to the East — blindfolded. This walk somehow seemed more harrowing — but chalked up his 10th world record. 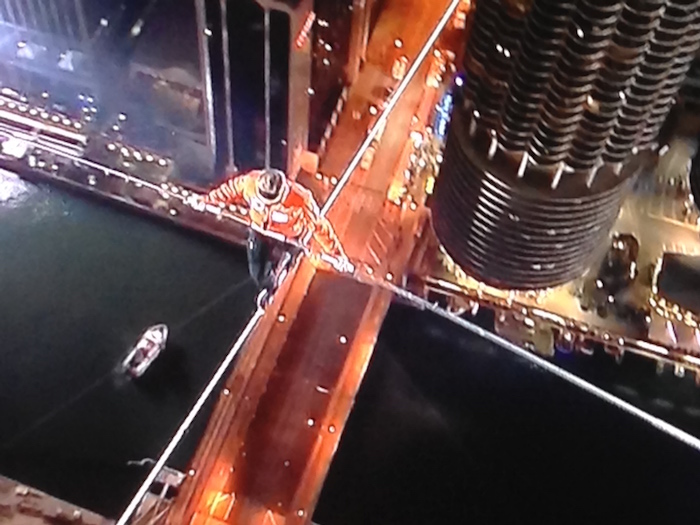 King of the High Wire crossing the Chicago River

Wallenda, whom we have interviewed and written about here and here, received enormous attention when he announced – following last year’s walk across the Grand Canyon – that Chicago was his next bit challenge. Why this city?

Says Wallenda, “Chicago is home of the world’s first skyscraper, and it is the windy city and all the challenges that brings with it” make Chicago formidable. “I like to do things that no one has ever done before and this is one of those things – it’s the way my mind works.” 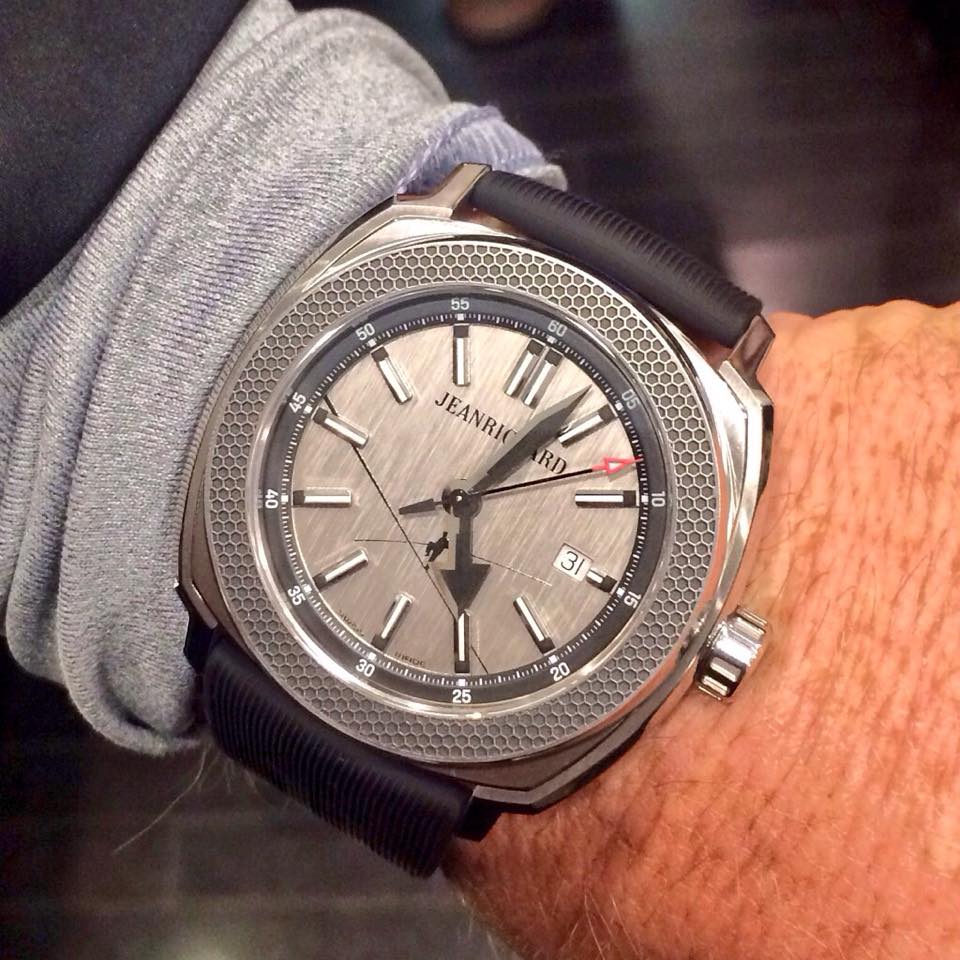 Wallenda enjoys the challenge of each walk — practicing in intense simulated situations for months and months before embarking on that “filmed live” walk. “It’s all about pushing myself to be better and better at what I do, and hopefully to inspired others,” says Walleda.

A brand ambassador for JeanRichard, Wallenda wears — even while walking the high wire — the new Special Edition Terrascope watch created in his honor.