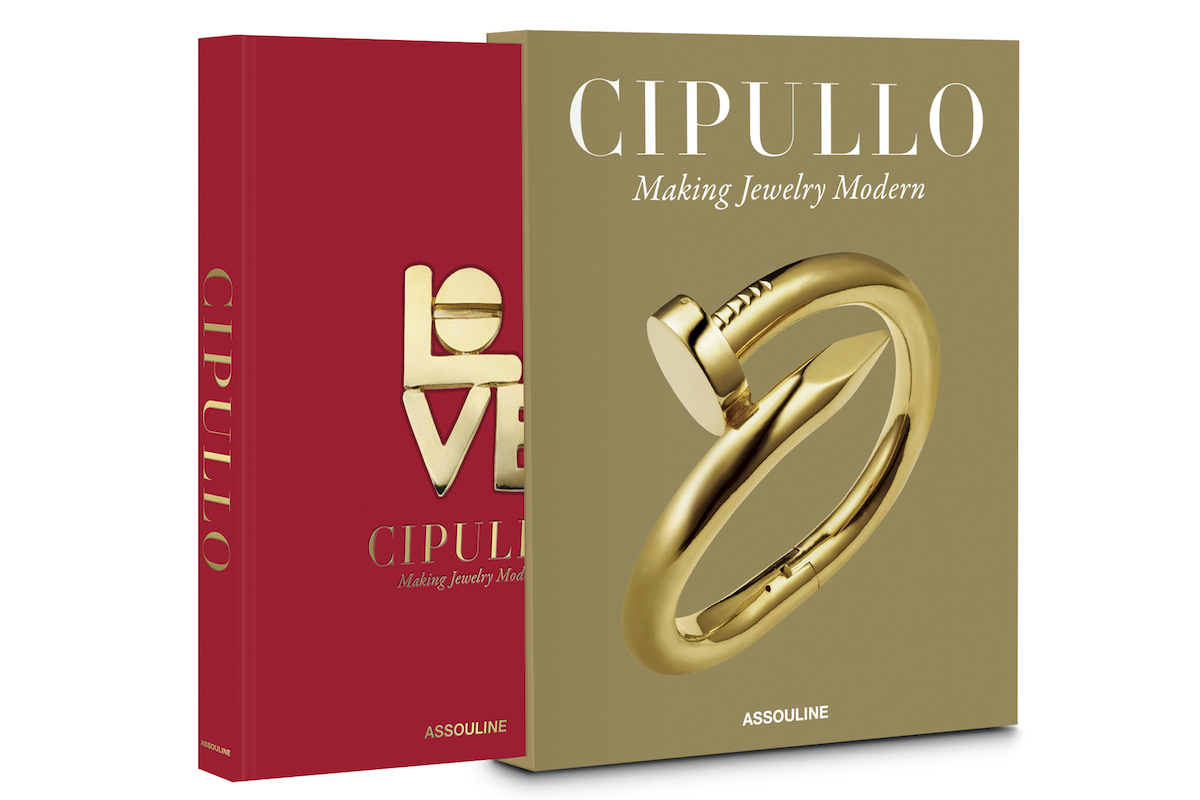 So many lovers of jewelry are familiar with the now iconic Love bracelet from Cartier, with its screw setting and simple message that was released in the early 1970’s. So, too, are they  familiar with the other legendary 1970’s line, “Nail,” that Cartier relaunched in 2012 under the Just un Clous name (French for “just a nail”).  These two remarkable lines were ahead of their time when they were created by Aldo Cipullo nearly 50 years ago. Today, they are timeless. To honor the man who modernized jewelry, Cartier releases a new book that outlines the life and visions of Aldo Cipullo.

The Love bracelet, which is fastened to the wrist with a special screwdriver, has long been a best-seller for Cartier and it is legendary among Cartier followers. But who could have known that when Italian-born Cipullo moved to New York in the 1960’s, joining Cartier in 1969, he would have changed the course of Cartier jewelry by introducing its most “main stream” and beloved lines. 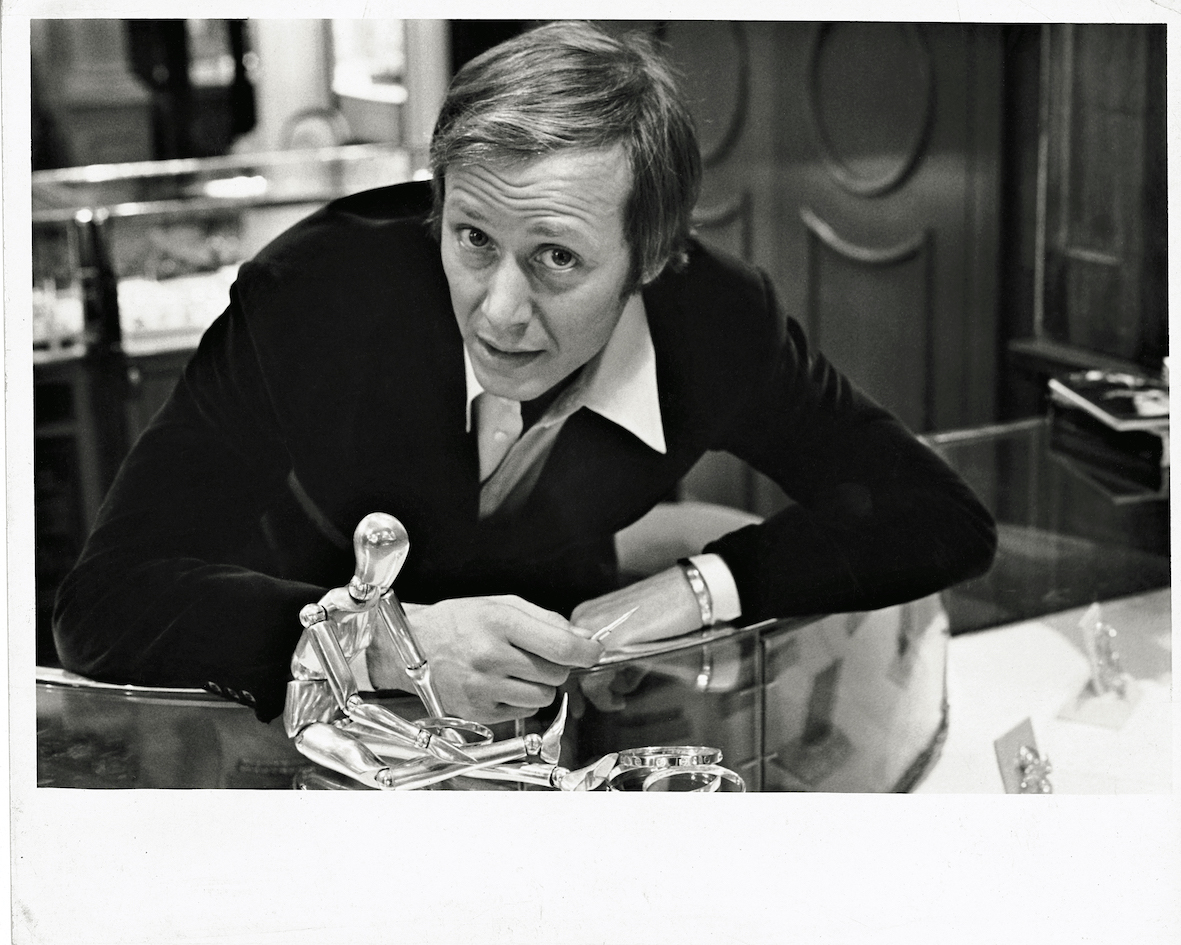 Aldo Cipullo in the 1970’s (photo courtesy of Renato Cipullo)

Naturally, having grown up in Italy, Cipullo had an innate sense about and respect for fine jewelry. He secretly saved money from a part-time job to buy himself a ticket to New York, where he enrolled in the School of Visual Arts. He would go on not only to work for society jeweler David Webb, followed by Tiffany & Co. before moving on to Cartier, but also, he built a stellar reputation as the most daring and glamorous jewelry designer of the 1970’s and early ‘80s.

With movie star looks and a zest for the social life, Cipullo attended all the heady parties at Studio 54 and other hot night clubs of the era. He was friends with Andy Warhol and a host of other intellectuals and artists who were already successful or building their dreams. It was a time of great freedom of expression and he was inspired by the lifestyle and the great city of New York, its skyscrapers and Art Deco buildings.

“He had an incredible talent to live in the moment,” says Pierre Rainero, International Director of Image, Style & Heritage for Cartier. “He had a vison of what he had to create, and he had the audacity to do it. And Cartier backed his ideas.”

The Cartier Love bracelets, that use a special screwdriver to open and close them, have become a modern-day legend.

Afterall, how many luxury brands would create an entire line of bracelets that have to be screwed closed to stay on the wrist? Or make a nail-inspired ring or bracelet line?  It was daring for both parties. In a conversation recently between Rainero, Aldo Cipullo’s brother Renato (also a jewelry designer) and Vivienne Becker, author of the new book, Renato Cipullo said his brother had the extraordinary ability to turn basic things into statements with a double entendre.

The two emblematic collections created by Aldo Cipullo for Cartier revealed his ability to use shapes and the meaning behind those shapes to create special items.  “The design of the love bracelet is also linked to the symbol, the strong attachment of giving oneself to someone else,” says Rainero. “It is very rare to see one single design so strong and obvious, yet still sticking to the purity of lines and shape. he knew that jewelry is very tiny on a person and so it has to be very impressive.”

According to Renato Cipullo, Aldo “could transform humble, mundane objects into works of art.” Even his later creations, after he struck out on his own in 1974, were often inspired by tape measures and other items or everyday shapes like the dollar sign and even a donut. “He would put a ruler on the desk and wonder what he could do with that.”

Aldo Cipullo was commissioned in 1978  by the American Gem Society to create a special collection of 31 pieces for men and women using only stones, metals and materials found in the United States, such as diamonds from Arkansas or turquoise from Arizona. The collection traveled the country and then found a home as a permanent exhibit in the Smithsonian Institute. Sadly, Aldo Cipullo died an untimely death in 1984 due to two heart attacks. But his creations and his legend live on.

The new book, Cipullo: Making Jewelry Modern,  is filled with images of Aldo Cipullo’s modern and timeless jewelry. Hundreds of slick pages showcase his life in New York, his family and his immense talent. The 212-page slip-cover book, published by Assouline, boasts 200 illustrations, a foreword by Renato Cipullo and text by Vivienne Becker. It sells for $195.

(This article by Roberta Naas first appeared on her column on Forbes.)