Meet The Newest $380,000 Louis Moinet Space Revolution Watch; It’s Out Of This World 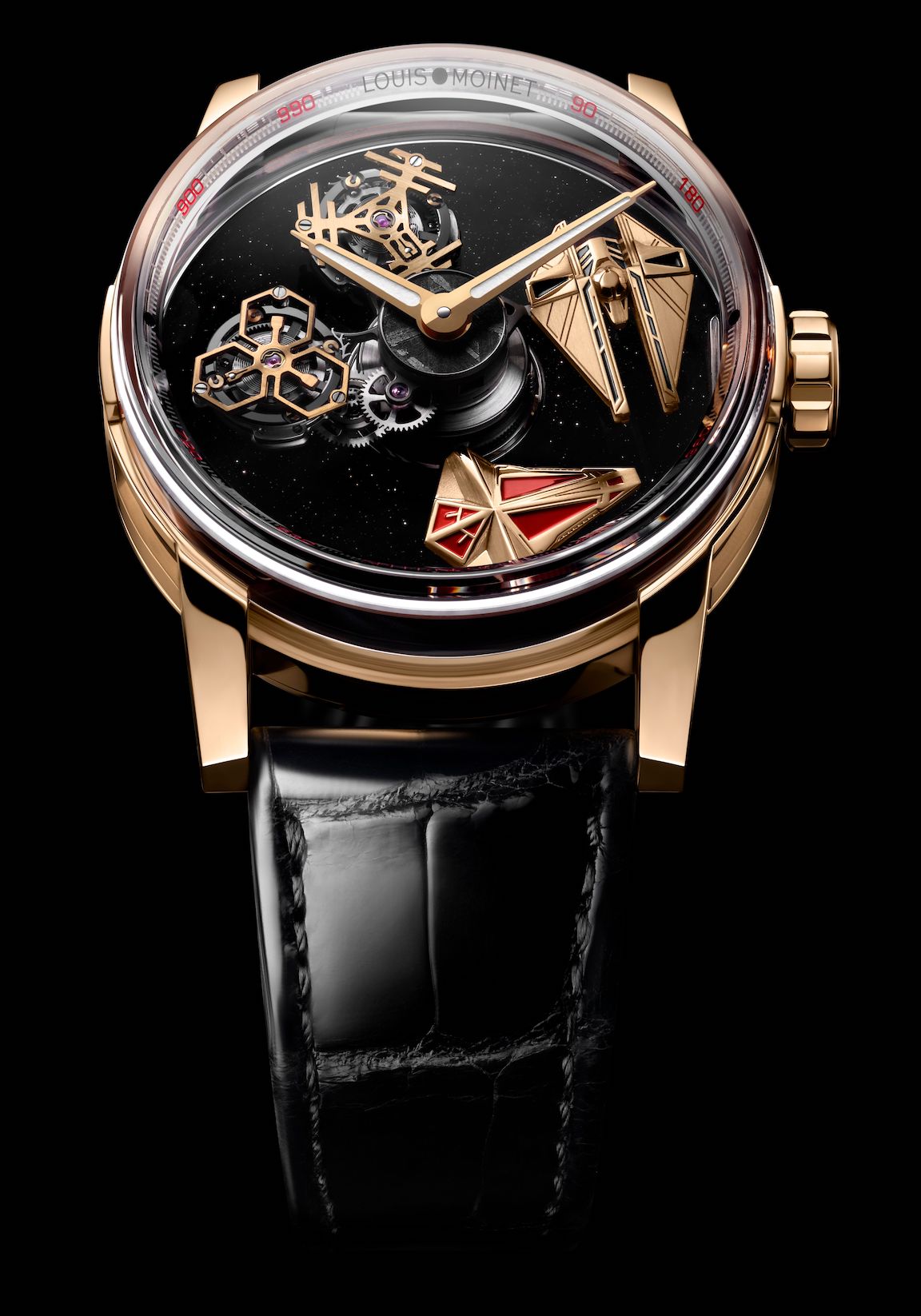 Currently up as a nomination for this year’s Grand Prix de la Haute Horlogerie Geneve (GPHG), the Louis Moinet Space Revolution watch takes the brand’s “Mechanical Wonders” category of timepieces to all new heights. More than three years in the making, the new mechanism for this watch boasts multiple tourbillons that revolve around the deep-space dial along with miniature spaceships for a truly intergalactic delight. The first version of this complicated other-worldly watch was released in 2020, but the new version – complete with Red Force and Black Force spaceships – is destined for collector heaven. Once again, this highly creative timepiece is the brainchild of Moinet owner, Jean-Marie Schaller. 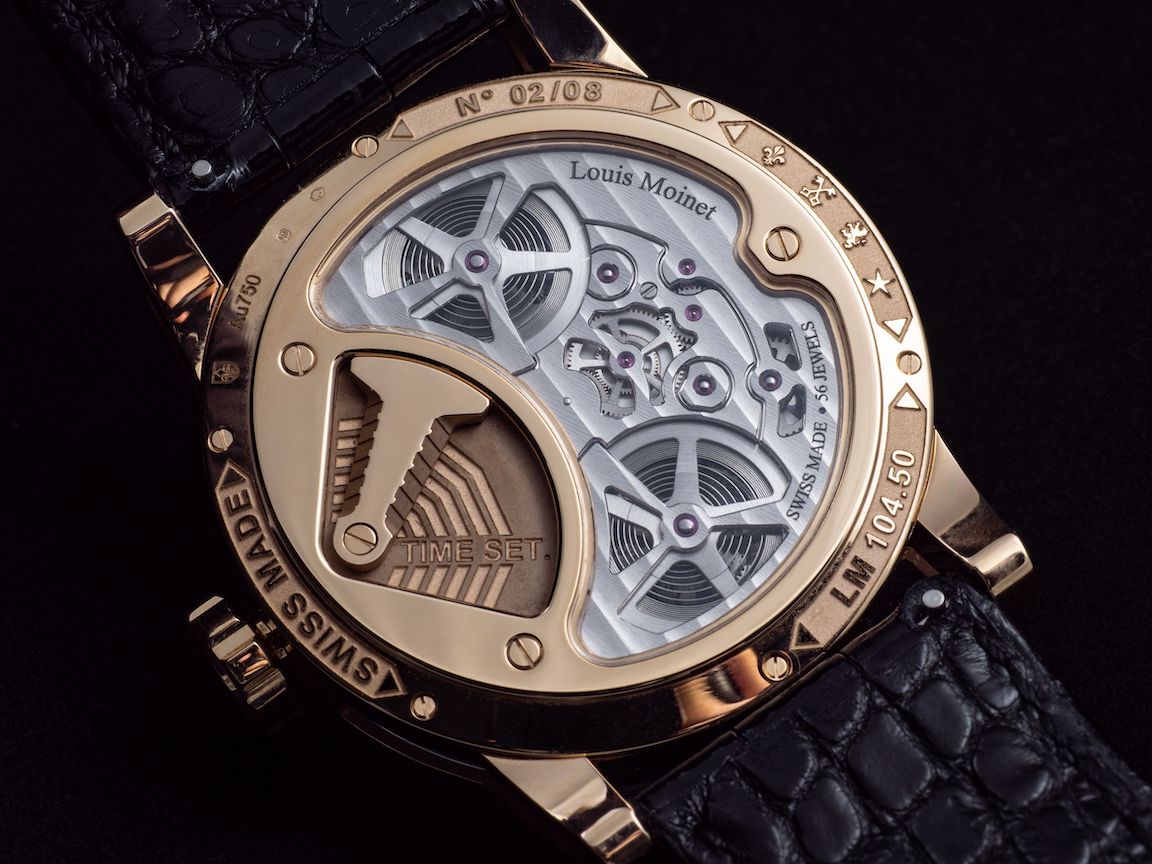 The Louis Moinet Space Revolution watch is a highly complex piece who’s movement was three years in the making.

The two tourbillon cages (which compensate for errors in timekeeping due to the effects of gravity on the wrist when the watch is in certain positions) and the small spaceships rotate at high speeds (for a watch, not warp speeds) in opposite directions. One goes clockwise around the dial every five minutes, while the other goes counterclockwise every 10 minutes – resulting in an unparalleled space chase. In short six elements rotate: two spaceships, two tourbillons and two tourbillon cages that also spin on their own axis. The tourbillon cages are hexagonal and geometrical in shape adding to the space-like appeal of the watch. The two spaceships, Red Force and Black Force, are created in light-weight titanium so their continual movement is ensured and each acts as a counterweight to the tourbillon opposite it.  Each is colored in gold with red or black lacquer.

The highly complicated timepiece offers a sky dance on two levels and is one of the most accurate tourbillon timepieces on the market thanks to two oscillators with differential gear mechanisms.  The two barrels supply the energy for the tourbillons, and ball bearings with ceramic balls keeps the entire system in motion. The complex movement consist of a massive 470 parts and because of that complexity, the master watchmakers at Louis Moinet can assemble just one caliber in a single month. 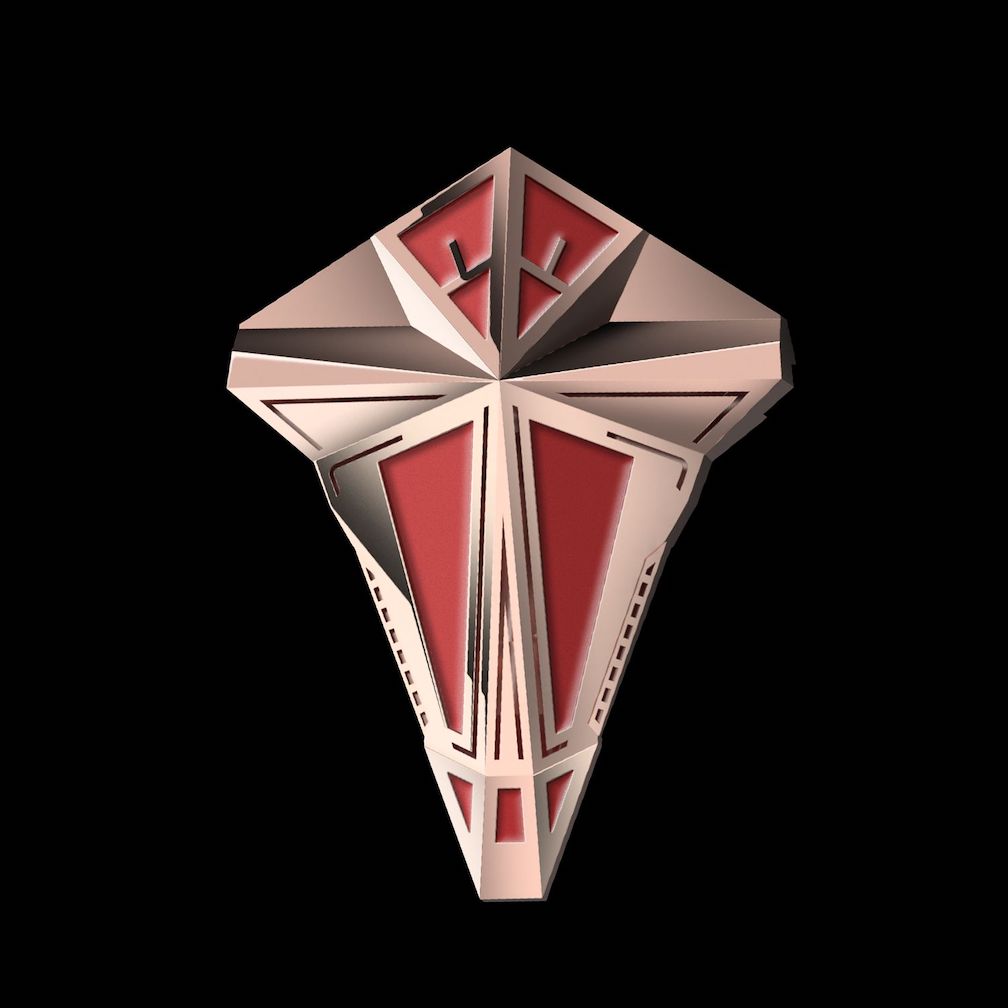 The spaceships on the Louis Moinet Space Revolution watch are crafted in lightweight titanium and finished with lacquer.

Behind the rotating elements, far beneath the box-like crystal, the Space Revolution boasts an aventurine  dial that has undergone multiple steps to bring it to its fullest glistening hue with golden star-like flecks. The case is a sapphire container that is mounted on an 18-karat gold base with open worked lugs and an inner bezel ring. The time setting mechanism is on the case back rather than built into the crown.  The timepiece is sold in a specially created blue globe-shaped box. Just eight numbered pieces will ever be made of the 43mm watch, each retailing for $380,000. 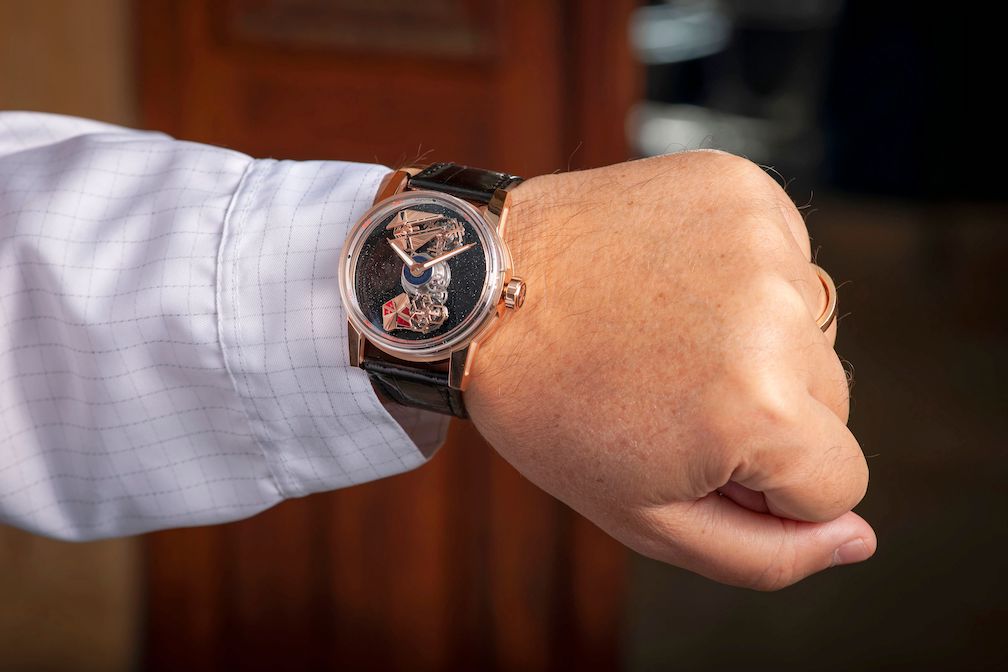 Just eight pieces of the Louis Moinet Space Revolution watch will be made, each retailing for $380,000.