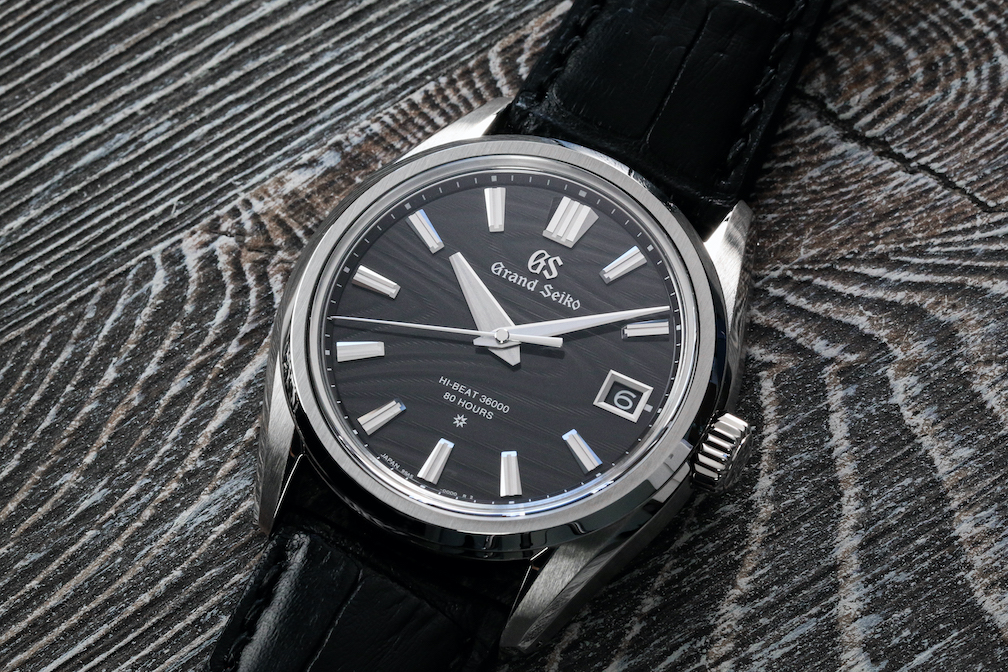 Grand Seiko Heritage Collection celebrates
Seiko 140th Anniversary. Crafted in platinum it is created in a limited edition of 14 pieces.

Two new Grand Seiko Heritage models have recently been introduced and while their looks are quite different, they share a spiritual connection that speaks to nature, the essence of time and the vision of Seiko founder Kintaro Hattori. Both are driven by the Hi-Beat automatic Caliber 9SA5, and both feature the distinctive Series 9 Design aesthetic.

This 40mm platinum-cased timepiece is part of a limited edition of 140 watches commemorating Seiko’s founding in 1881. Its dial design is meant to artistically capture the natural beauty of a tree’s growth rings, while also acting as a metaphor for the expansion of the brand over the years. According to Seiko: “As if stretching back to reveal the very roots of Kintaro’s story, a series of delicate and organic lines echo the intricate rings that denote each year’s growth.” 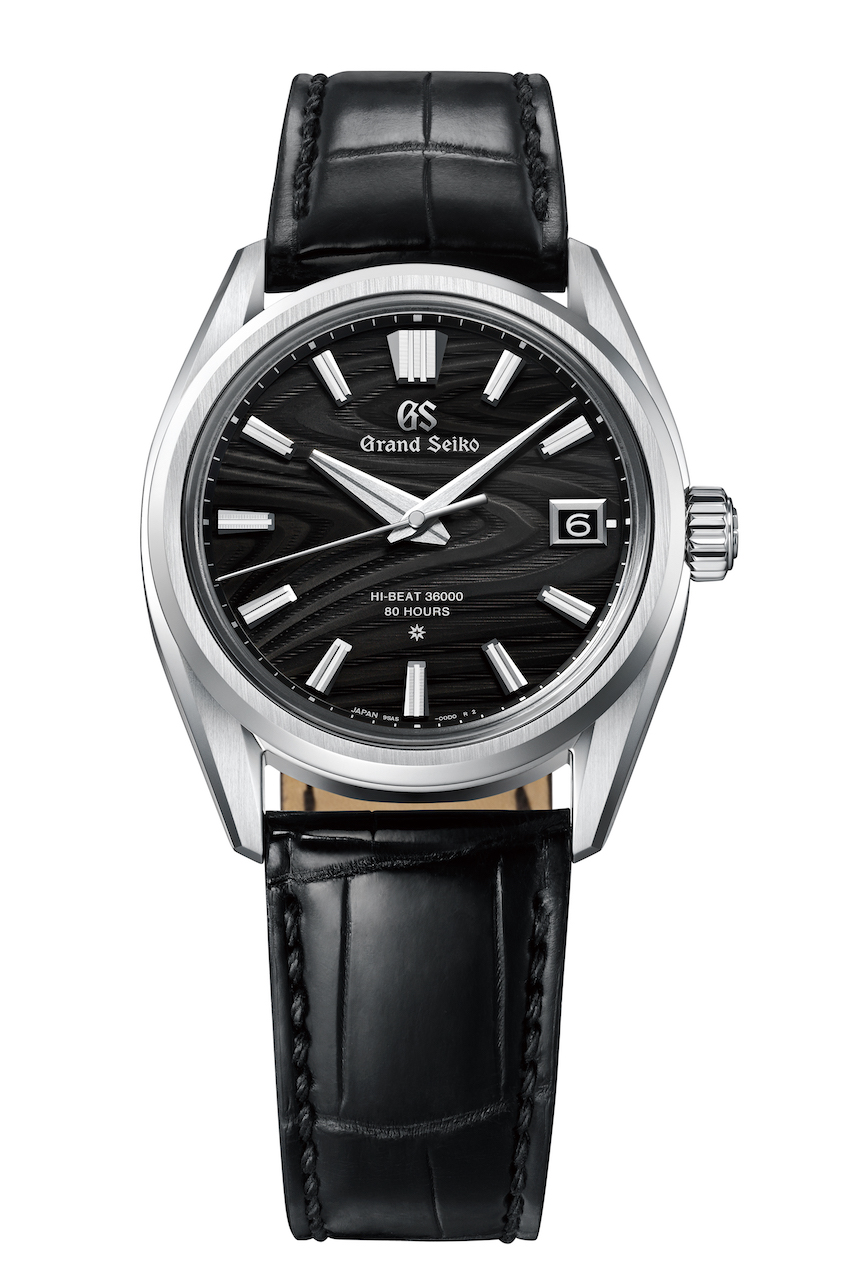 Grand Seiko Heritage 140th Anniversary Limited Edition watch is referred to as the Tree Rings thanks to its dial motif.

The Series 9 Design is defined in part by its prominent markers and hands, wherein the large hour hand is crafted to align exactly with the grooved hour markers on the dial. It also comprises Zaratsu polishing on the case, which involves multiple artisanal techniques to achieve the characteristic finish. The evolution of the distinctive Series 9 Design began in 1967 with the Seiko 44GS.

The tree-ring motif adds texture to the dial, causing light to play off its multi-dimensional surface in captivating ways. The Grand Seiko star at six o’clock indicates the indexes are solid gold, as are the date window frame at 3 o’clock and the buckle on the black crocodile leather strap. 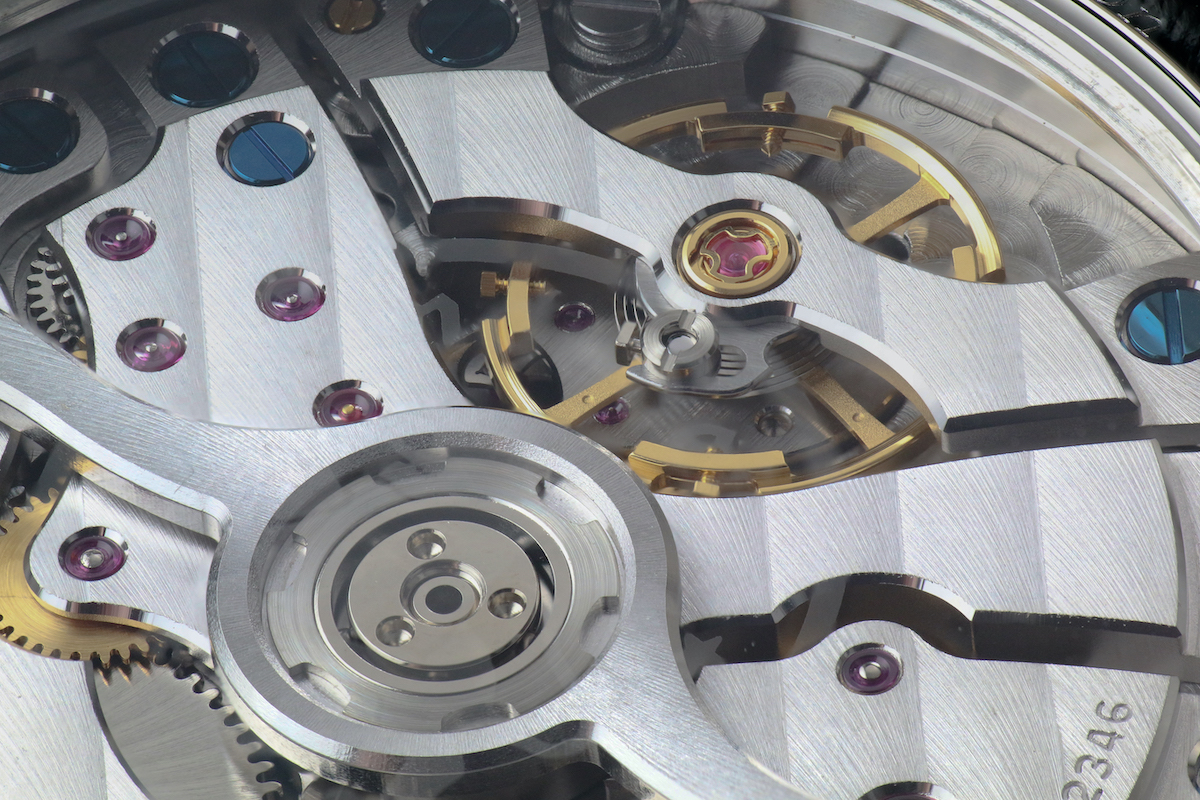 The Anniversary watch is powered by a hi-beat movement.

The Mechanical Hi-Beat 36000 9SA5, visible through the sapphire crystal caseback, powers the 140th Anniversary Limited Edition. First introduced in 2020, it incorporates significant developments for increased accuracy and durability: a Dual Impulse Escapement, free-sprung balance, and a horizontal gear train that sets a new standard in high-beat horology—all within a slim profile. The watch will be available in July, priced at $59,000. 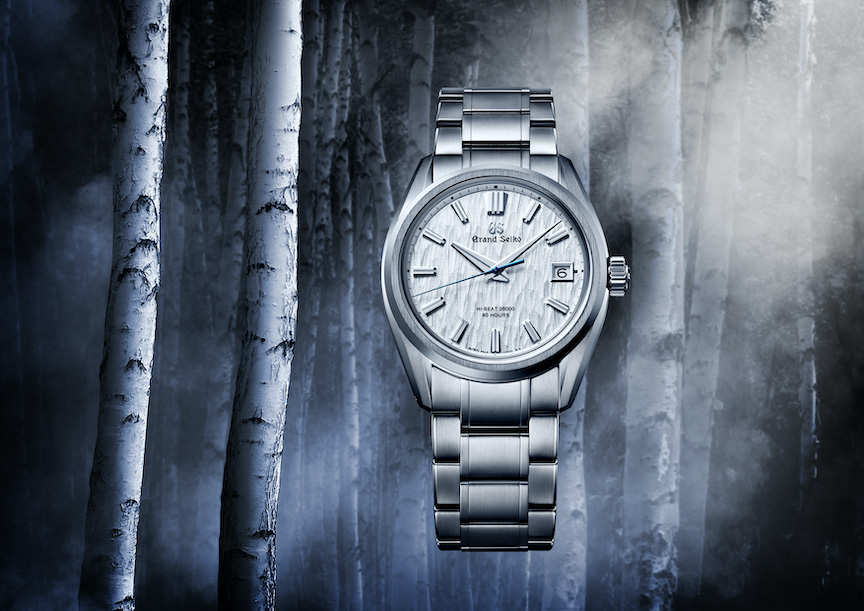 The textured dial on the new Grand Seiko Heritage SLGH005 is a real showstopper, inspired by the bark of the Japanese white birch tree or “Shirakaba” that grows near the Grand Seiko Studio Shizukuishi where this model is made. In this way, the timepiece is a tribute to both the company’s physical environment and its expertise in translating the spirit of its home to the canvas of a watch.

This timepiece is another great example—as is the aforementioned 140th Anniversary Limited Edition—of the Series 9 Design, which is slated to remain an important part of the Grand Seiko Heritage Collection’s signature. The 47-jewel Caliber 9SA5, with 80 hours of power reserve, is visible through the caseback of the 40mm stainless steel watch, fitted on a steel bracelet. The SLGH005 is available this month, priced at $9,100. 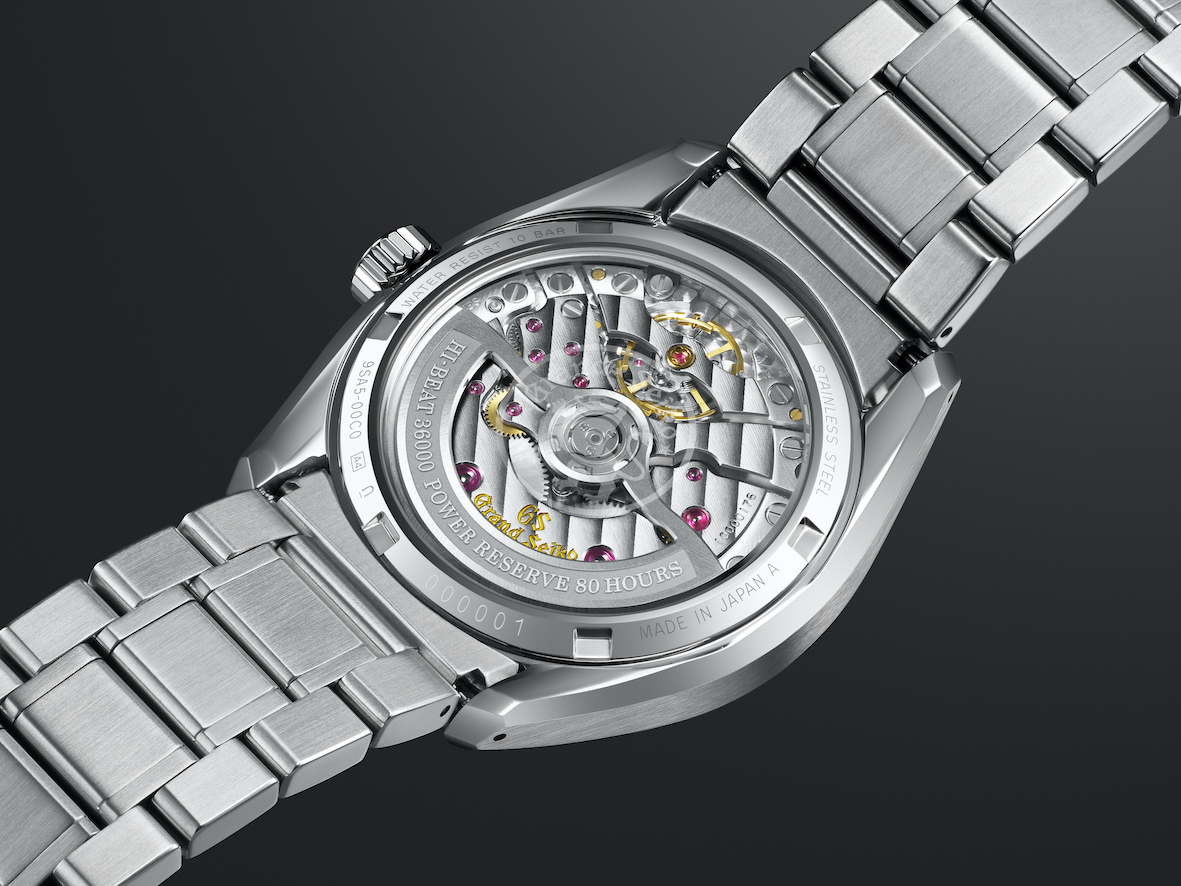 The casebook of the Grand Seiko Heritage “Shirakaba” (white birch watch allows for viewing of the Caliber 9SA5.