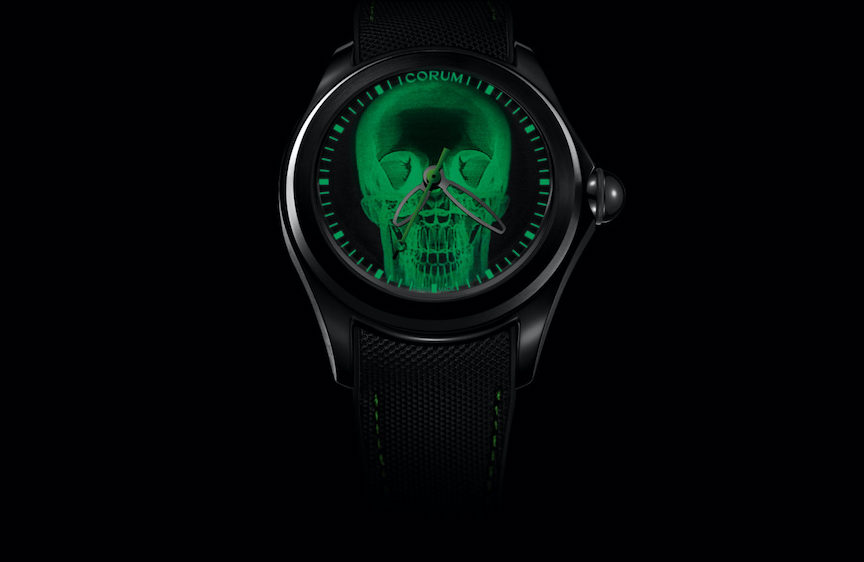 True watch fanatics know the incredible cult-like following that sprang to life 22 years ago when Corum unveiled its first-ever now-legendary Bubble watch. The brainchild of Severin Wunderman, a genius in the watch world who owned the brand at the time, the Bubble watch wowed everyone with its huge domed crystal and its crazy designs – many inspired by Wunderman’s obsession with celebrating life, death and Dia de Muertos. Now, more than two decades later, Corum unveils its newest Bubble Skull X-Ray watch that is inspired by the past but with a decidedly futuristic presence. 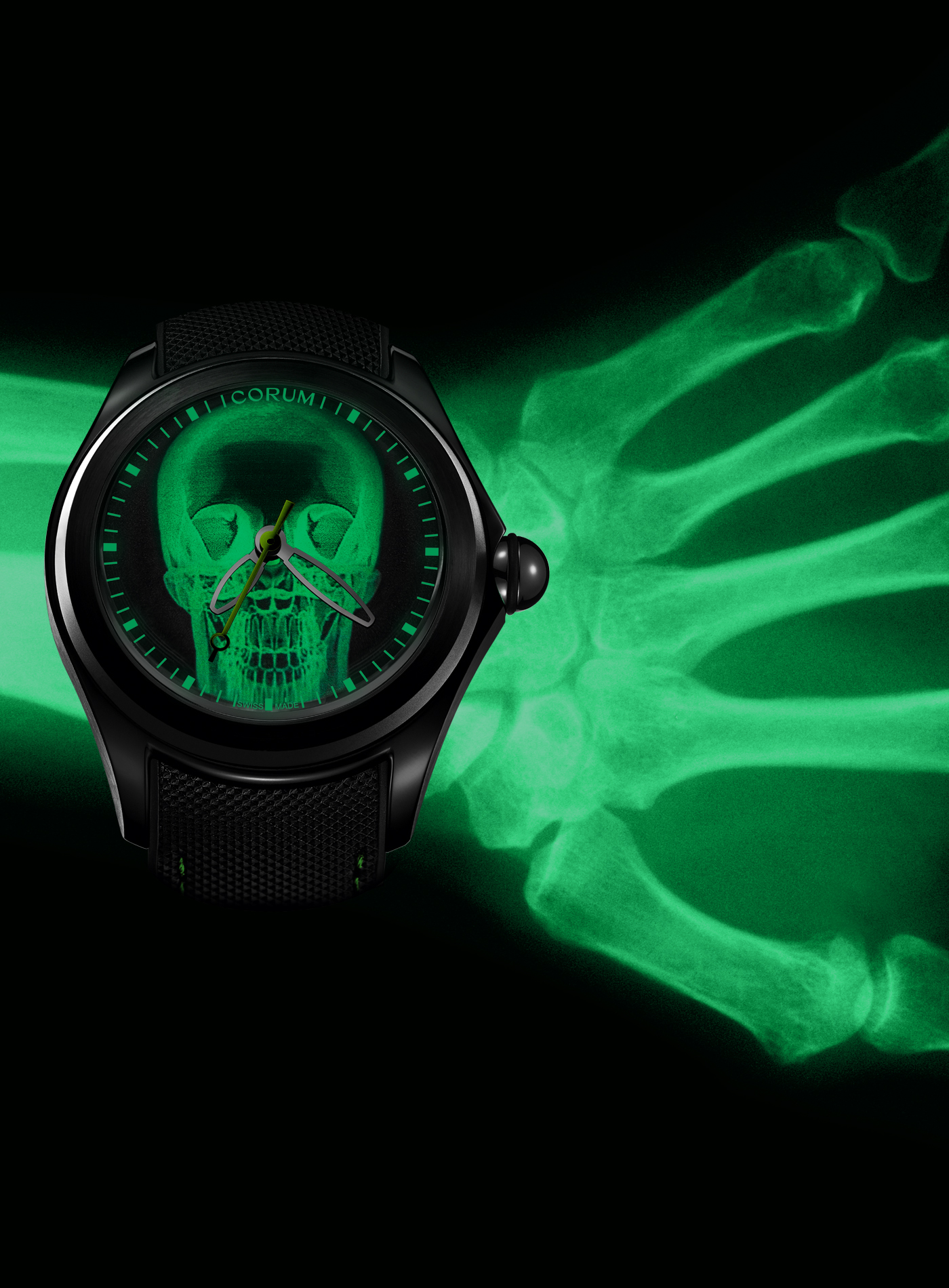 Just 666 pieces of the Corum Bubble Skull X-Ray watch will be made.

The new Bubble Skull X-Ray features a stylized skull dial  that is fully visible in the dark, as well, thanks to the full-blown luminescence of the watch.  In the dark, the skull glows green. Corum even adds fluorescent green stitching to the synthetic alligator strap for added appeal. The stainless steel case is treated with a black PVD (Physical Vapor Deposition) coating to add to the dark and mysterious look of the overall piece. 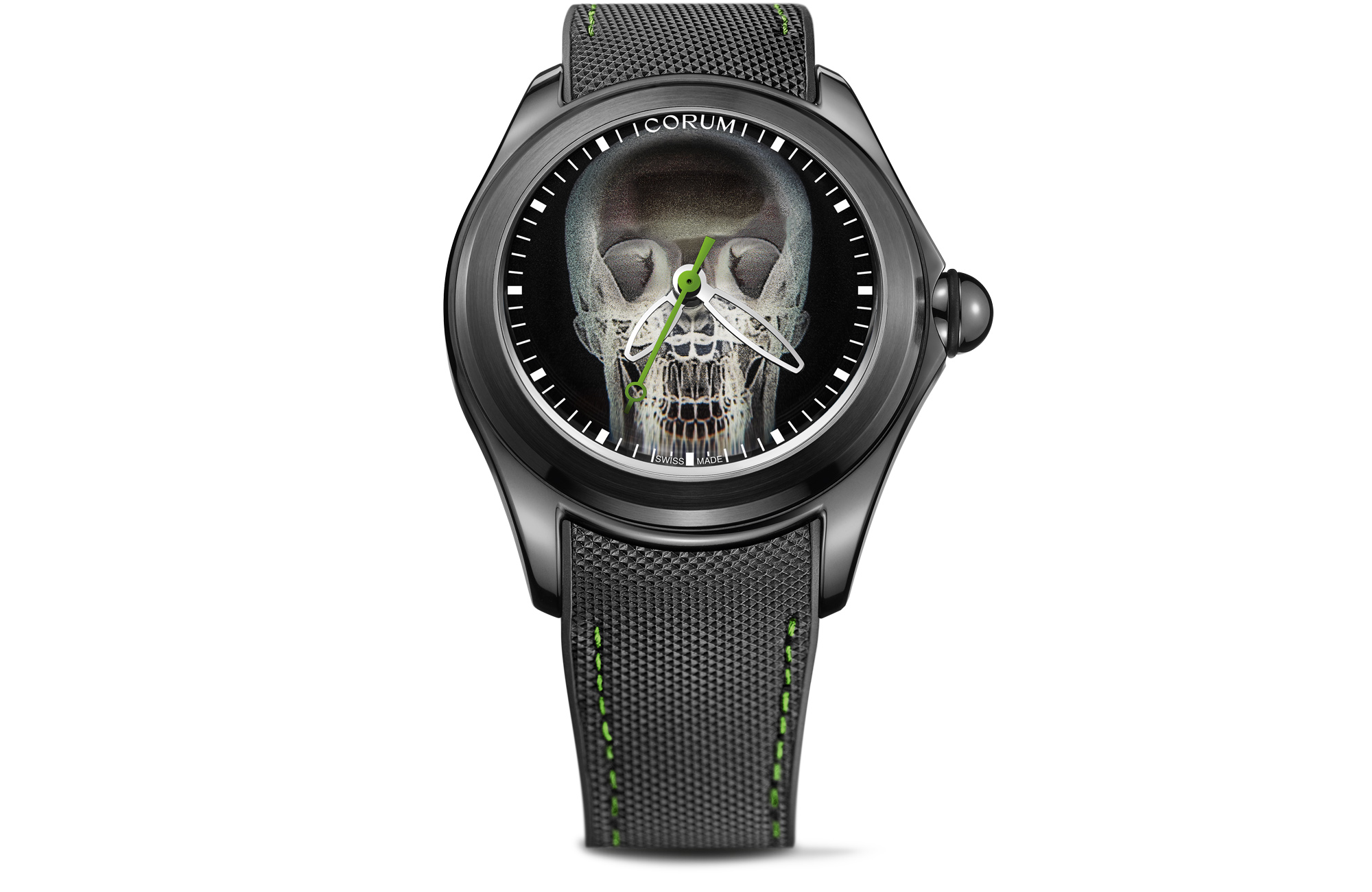 The Corum Bubble Skull X-Ray watch will retail for approximately $4,000.

The 47mm watch is powered by an automatic movement that boasts 42 hours of power  reserve. The movement is visible via a transparent sapphire crystal that, like the domed crystal on the front, is anti-reflective. Hard to believe, but this watch is also water resistant to 100 meters.

While the original Bubble watches measured 44mm in diameter, it looked even bigger thanks to the enormous, curved crystal. The dome sometimes distorted the view of the dial – an unexpected plus for Wunderman. He enjoyed placing bats, pirates and even Lucifer on the dial of these watches. The new Skull X-Ray pays homage to him as well. Just 666 pieces will be made, each retailing for approximately  $4,000. 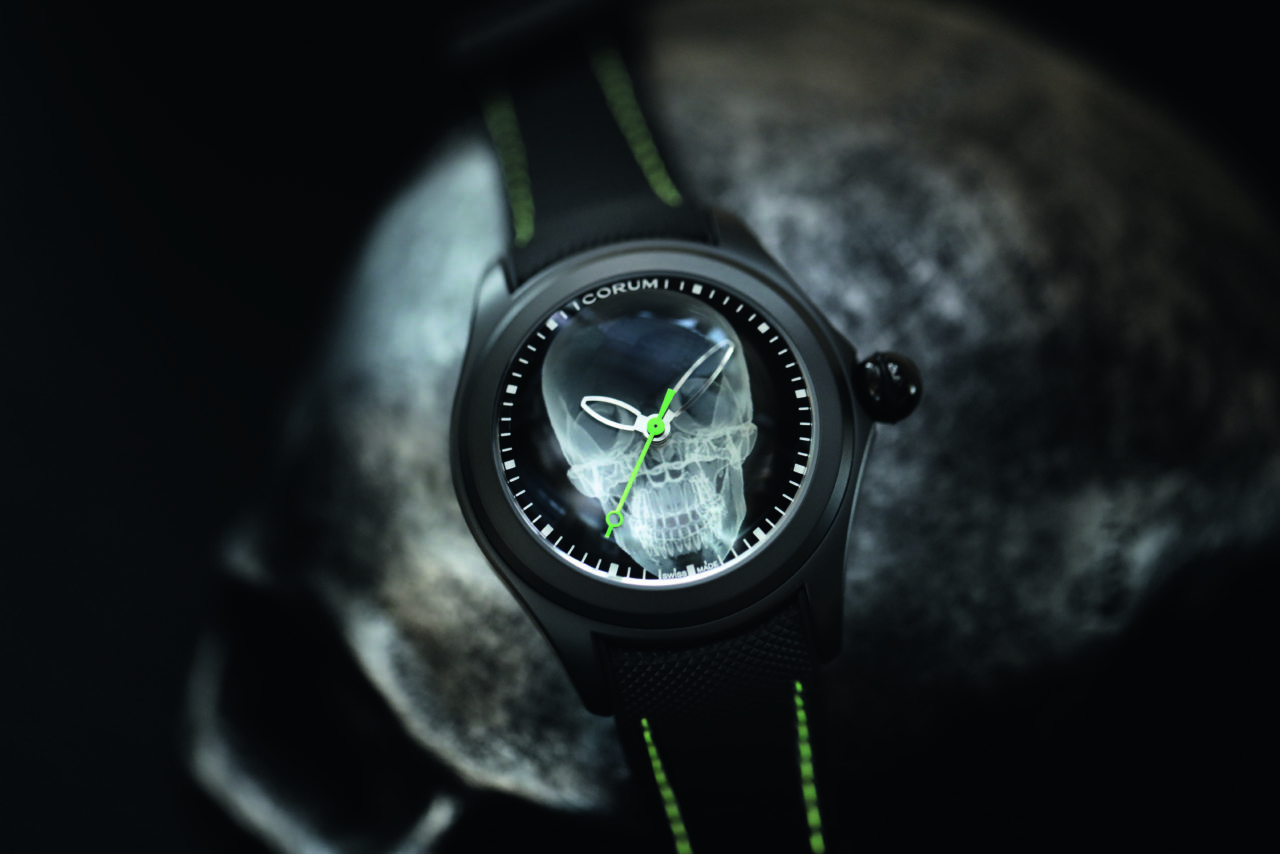