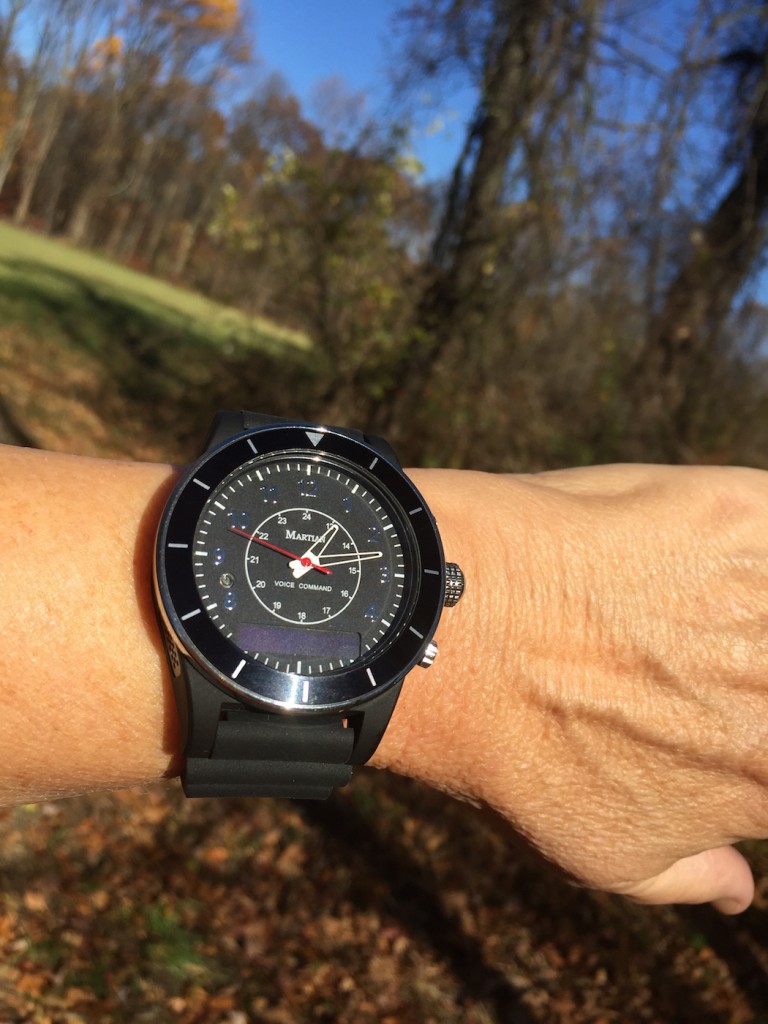 It has been an incredible year for Smartwatches. From announcements made in March at BaselWorld by top watch brands to the launch of the Apple Smartwatch — being connected has never been more relevant. The thing is, some brands were already in the “connected” field before this year. Such is the case with Martian Watches  — a California-based company that offers stylish, affordable connected watches. 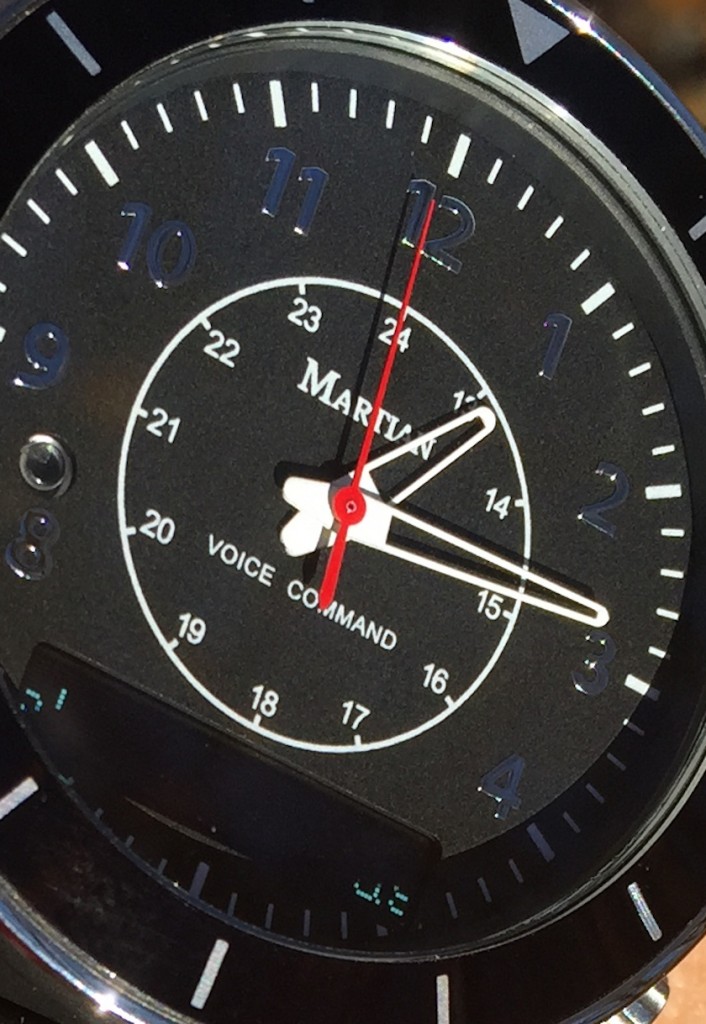 The watch looks pretty good for a connected watch. It comes in white or black, and I wore the black model with sleek bezel, black dial and black rubber strap.  It offers voice commands, app notifications, remote camera, local weather, stop watch, speaker phone, music control, world clock and silent alarm, among other features. I was particularly pleased with the voice command features and with the voice text feature. Although, I must admit that i had the voice mode on while hiking in the woods one day and I was a bit startled when my watch started talking to me. It was the first day i was wearing it and when my son texted me – the watch let me know about it. Good thing, too, because it was important, and while — yes — i could have taken my phone out of my pocket to read a text and answer it — having the voice so clear and precise was a wonderful feature.

In fact, this is the first smartwatch I have worn that seems to have a lot of smart features of its own and is not just a miniature phone on the wrist.  It also looks pretty good on the wrist as well. In all, I found the watch to be easy to use, highly functional and agreeable to the eye. 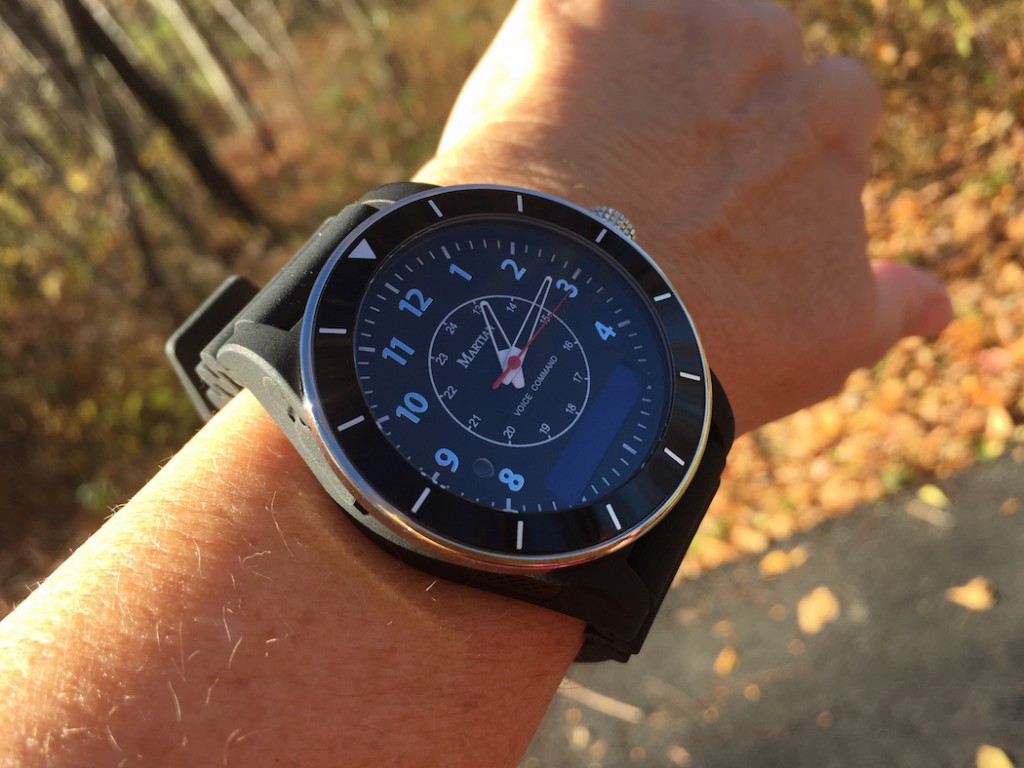 The analog watch is powered by a two-year battery, while the Smartwatch features, when fully charged, lasts for five days (Photo: R.Naas)

As to the technical specs: the Martian Voice Smartwatch is powered by an analog quartz Japanese movement  and features an upper command button and a lower select button. It offers a 96×16 pixel graphic OLED display at 6:00 and is equipped with  Bluetooth(R) 4.0 chip, and RGB LED light.  It comes with a micro USB cable for recharging and for updates, but the battery life for the Smart watch capability  is five days (the watch is equipped with a separate 2-year analog battery to power the time functions). The watch can be charged (which takes up to two hours) via USB to computer or power adapter. Compatible with iPad Air, mini, iPad and iPhones, it is also Android Smartphone and Tablet compatible. The language menu includes English, Spanish, French, Japanese, Korean, and Chinese.

Martian Watches was founded in Irvine, CA, in 2007 to deliver unique personal wireless communication solutions that are good looking, functional and convenient.  The Martian engineering team has a history in Bluetooth® development, having patented the world’s smallest system-on-chip solution for Bluetooth wireless systems. This is the company that, before delving into watches, developed the SilverCare Personal Safety Alert Device — a  two-way voice communication watch. The Martian Voice Command line launched in the summer of 2012 as the world’s first voice command smartwatch. The brand’s manufacturing facilities are in Taiwan. 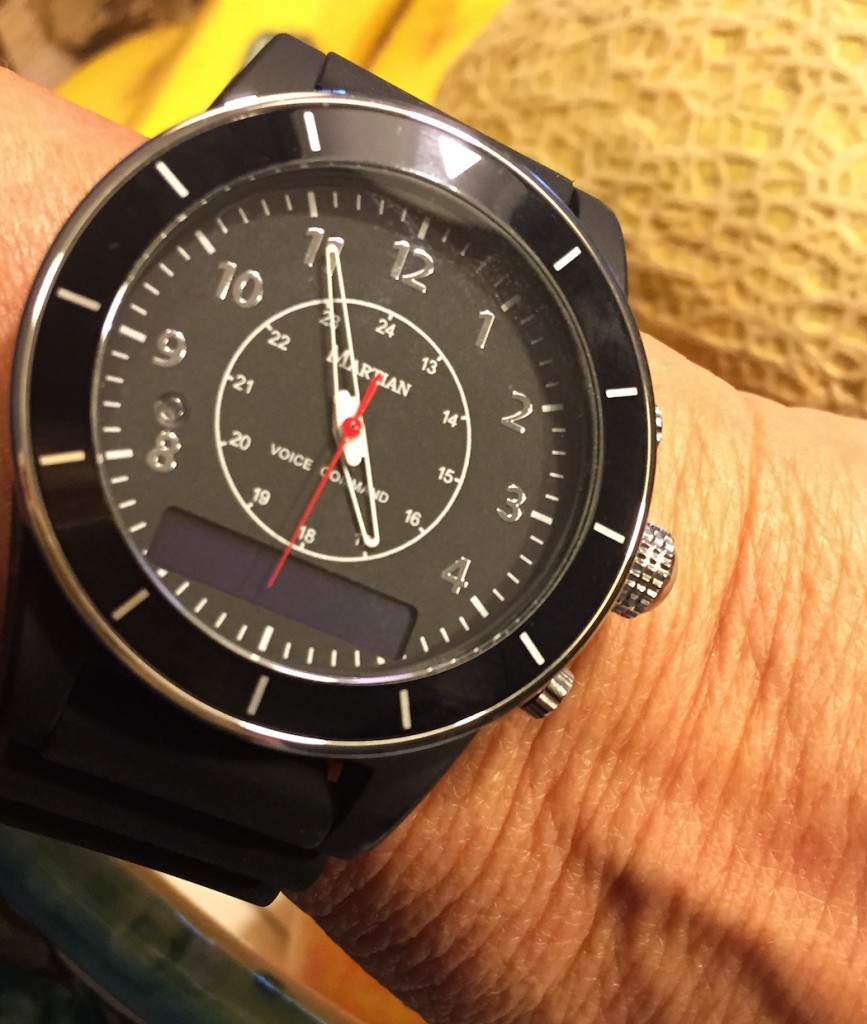 The Martian Voice Alpha version I wore retails for $279.