Marc A. Hayek Takes a Moment in Time to Discuss Breguet’s High-Tech yet Traditional Watchmaking at BaselWorld 2014 (Video) 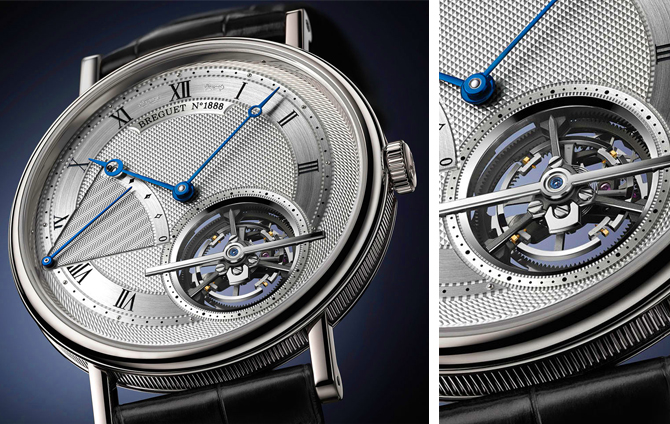 At BaselWorld 2014 Breguet introduced, among other models, the final  rendition of the Classique Tourbillon extra-plat automatique (5377). Our close colleagues at International Watch talked with Marc A. Hayek, President & CEO of Breguet, Blancpain and Jaquet Droz,  during the fair about how the ultra-thin platinum watch’s unusual peripheral rotor, silicon components and long, 90-hour power reserve were tested over the past year (in the atelier and on Mr. Hayek’s wrist) before it was released at this year’s show. They asked him, among other question, “Is it difficult to reconcile the classical profile, dials and cases of today’s Breguet with the high-tech caliber inside?”  Not at all, Hayek says. “Breguet himself would likely have done similar high-tech research to develop such a piece,” he adds, as his namesake company does today. Breguet continues to combine research with handcrafted dial and case making. The company still is in one of the few manufacturers that does all its engine-turned dial engravings by hand. In fact Breguet recently expanded its workshops at L’Orient to make room in its workshops for additional artisans. Watch Mike Thompson of IW in the video below as he interviews Marc Hayek at BaselWorld 2014.