Swiss independent watch brand Louis Moinet is one of the more creative brands on the market. This is the company that brought us the first-ever oil derrick watch with moving automated derrick. It is the brand that brings us dinosaur fossils as dials, as well as other antique and space-age dial materials. Inventor of the chronograph, modern-day Louis Moinet has created a host of technical advances in watchmaking, and continues to surprise and delight watch lovers around the world. So, during this difficult and challenging time, where everyone is re-examining values, needs and wants, Louis Moinet is offering Discovery Days — a rich and artistic exploration of its creative and historical philosophies.

“The making of” the trilogy of films for Louis Moinet’s Discovery Days.

Beginning this Thursday, April 30, and running through May 5, 2020 — the time frame when Baselworld would have taken place,  Louis Moinet is launching an immersive dive into the brand’s roots, its DNA, and its visionary thinking via Discovery Days. The brand’s team, including owner and creative mind Jean-Marie Schaller, will be present in Saint-Blaise, Switzerland, in the Imagination Room, where Louis Moinet watches are built, and will offer a host of different platforms for watch lovers to experience the brand first-hand.

For those who have visited Louis Moinet during Baselworld, you would know that the brand always has more than just watches on display. Sometimes, there is a time-travel booth or other interactive experience, and always there are displays of the brand’s meteorite  collection, rare stones and more. If you haven’t been able to get that glimpse inside this creative brand at Baselworld, now is your chance. During Discovery Days, by visiting the newly re-designed website,  LouisMoinet.com, guests will be able to explore specially made documentary films, witness museum pieces, and so much more. 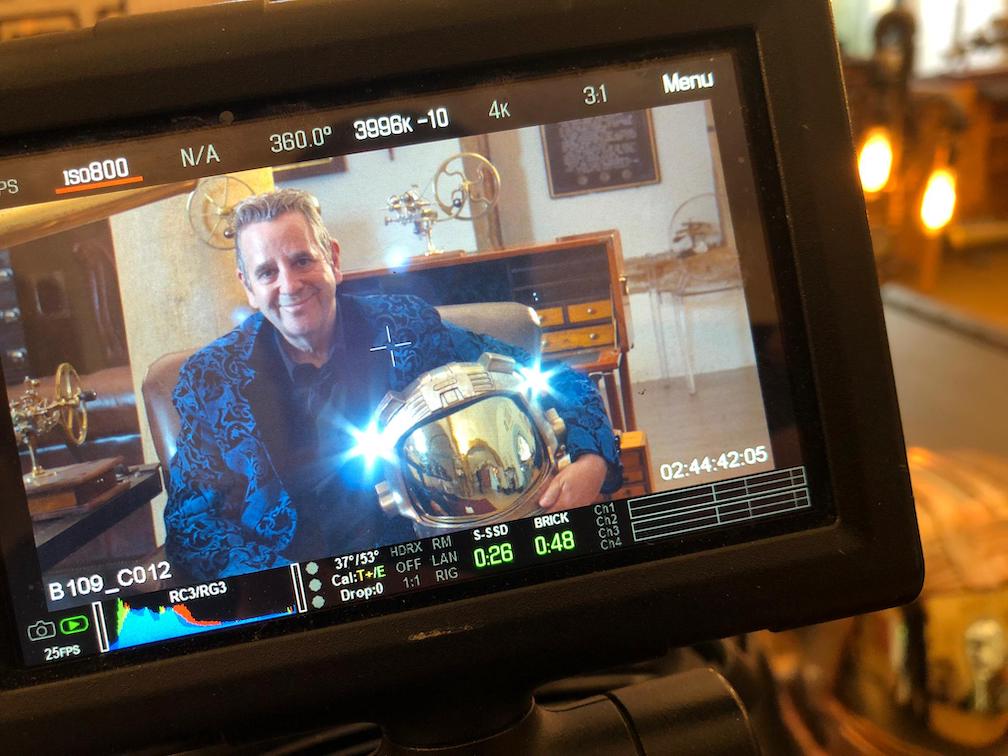 The Trilogy of Films

Louis Moinet has created a trilogy of films that constitute both an epic saga across the galaxies and the starting point of our watchmaking creativity. This journey to the heart of the universe will be accompanied by commentary from Hollywood star Robert Davi.” The intergalactic films, referred to as the James’ Odyssey, include Space Revolution, where “James faces the Prince of Darkness, the master of evil, who wants to destroy the world. James must bring back to Earth a meteorite that is the sole means of saving the world.”

In the second episode of the trilogy, Ad Astra, James is trapped inside a black hole, where he struggles against the forces of gravity, knowing that his only hope lies in the purity of diamond. And in the final film, Memoris, James manages to bring the meteorite back to earth. But since the Prince of Darkness was unable destroy the world, he now wants to bring time to a halt and steals the first chronograph ever made, the one created by Louis Moinet.

While I haven’t seen these films yet, I am very much looking forward to watching them. They promise action, sci-fi and education all rolled up in one (or three). 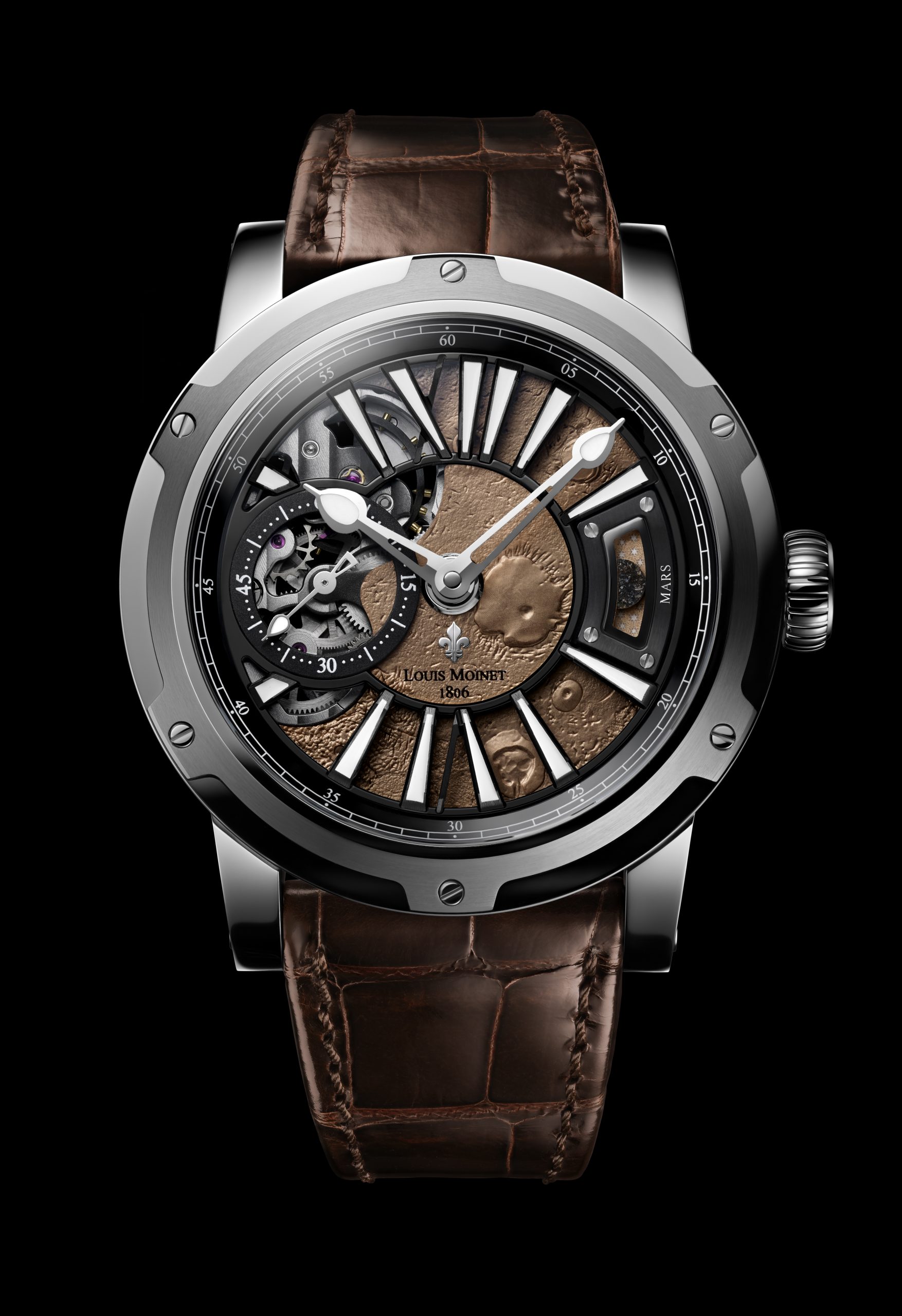 From its cosmic art world, the Louis Moinet Mars watch.

Another great effort that Louis Moinet is sharing is its 100-page Black Book, a unique historical perspective on  the brand  that tells the story of Louis Moinet from its origins and the invention of the chronograph to the present day, including  details of new contemporary concepts. In short, it lets watch loves explore the two important “universes of Louis Moinet: Cosmic Art and Mechanical Wonders.” While the book is being showcased digitally starting on Thursday, a limited edition print run of 3,000 copies  will be made. 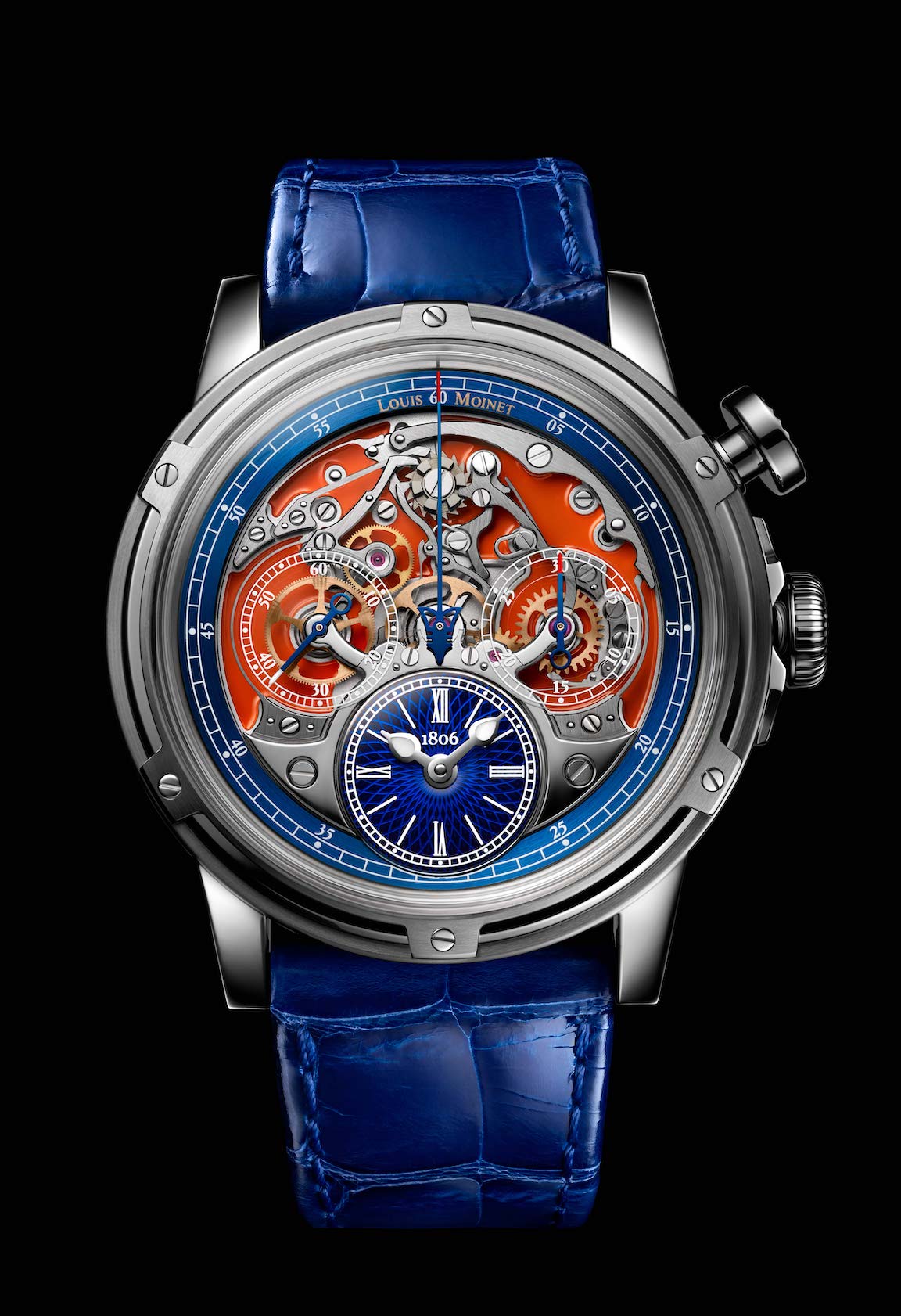 There is also a digital museum where visitors can discover the inspiration behind so many of its current-day pieces. After all, Louis Moinet has a rich past, as he was not just a gifted watchmaker, but also a scholar, painter, scepter and author. It was through the timepieces built by him in the 18th century and first half of the 19th century, that the current brand — founded in 2004 — has discovered its roots, and reinvented time(pieces).

While Louis Moinet will have new timepieces to unveil this year, for now, the brand’s founder Jean-Marie Schaller, feels that by offering this interactive and immersive experience for people who are in self-quarantine makes perfect sense. “The world is going through difficult times, and during this period, Louis Moinet is offering a chance to explore its historical and creative values. This is an artistic rather than a commercial approach addressed to the whole world while staying at home.”