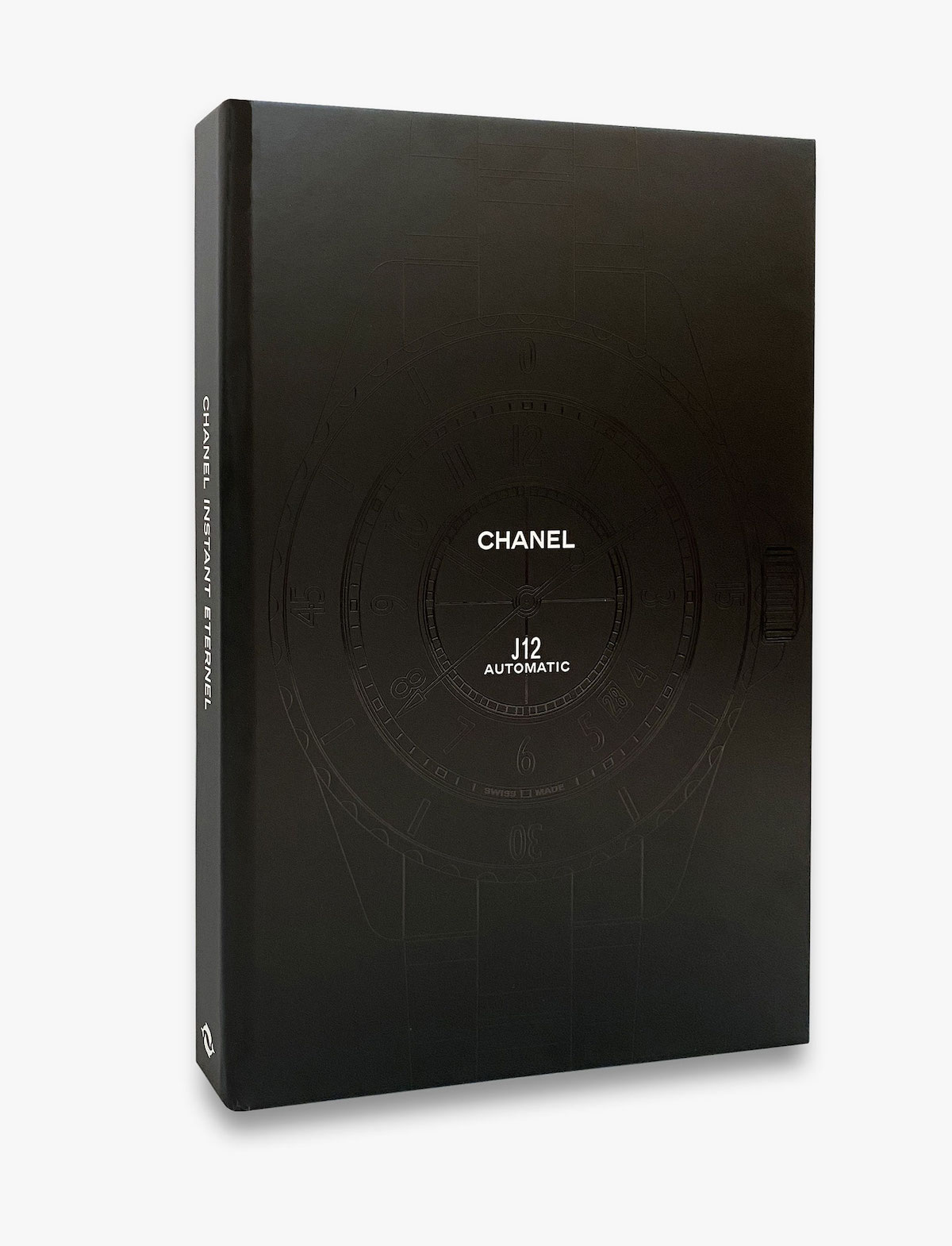 It’s a Chanel lover’s dream. The new Eternal Instant, Chanel J12 Automatic book celebrates the 20th anniversary of the brand’s iconic J12 watch that was initially launched in the year 2000. The 150-page book is a veritable professional picture book that pays homage to the original J12 – the first back ceramic round watch – and follows its trajectory throughout two decades.

The Chanel Eternal Instant book features five opening pages of text by journalist Nicholas Foulkes who recalls the ideas of the man who first conceived of the J12 and of the man behind him who readied the concept 20 years later to head into the 2020’s.  The rest of the coffee-table-sized book brings the beauty of Chanel and the J12 to life in stunning photography. 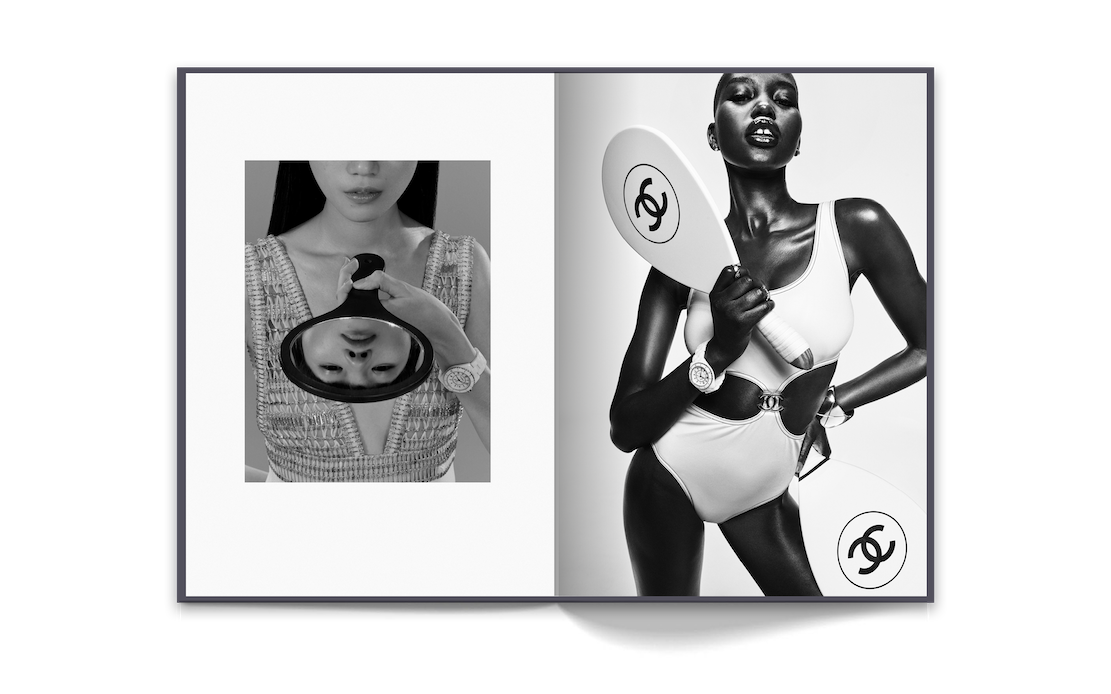 It was Jacques Helleu, Chanel’s artistic director for nearly 50 years, who first conceived of the J12. Inspired by the America’s Cup sailing yachts and by the Chanel history of elegant design, Helleu conceived of a masculine watch that could convey multiple aspects of Chanel and yet revolutionize the watch world. It took him several years to bring his concept to fruition, mostly because the technology for the material he wanted to use – high-tech black ceramic – had to be perfected.

When the Chanel J12 was finally introduced to the world in 2000, it was the brand’s first masculine watch, sporty yet elegant, executed in glossy black, incredibly hard ceramic following a creed of technique and design. It was Chanel’s first sports watch, its first automatic watch and its first all-black watch … and it was a sensation. 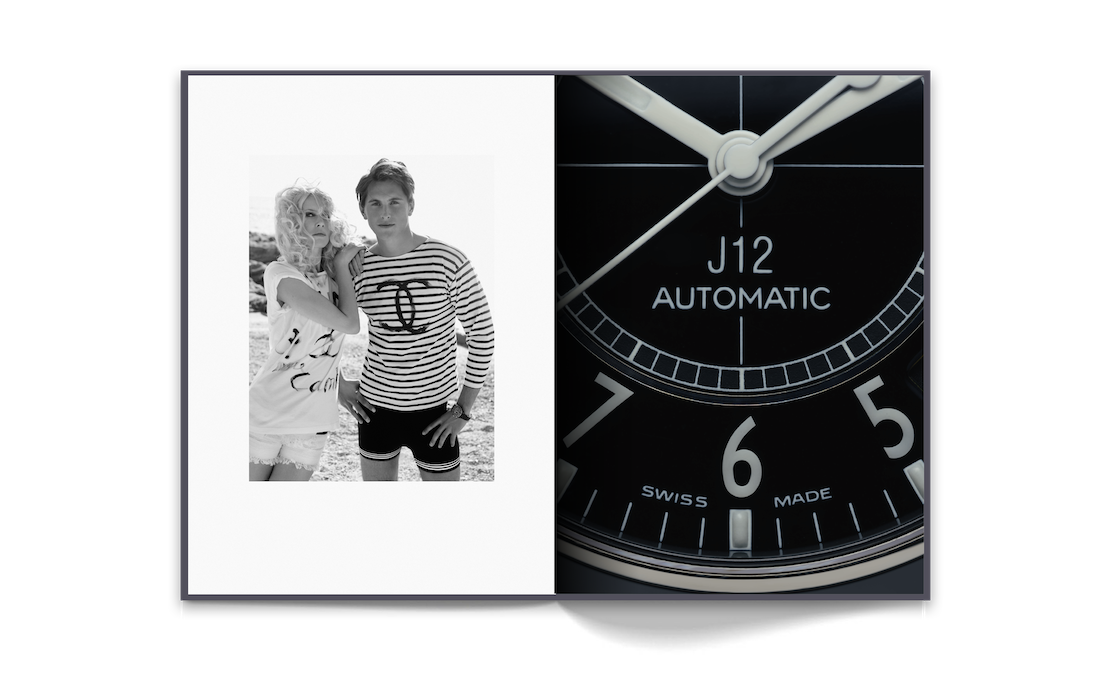 It would take three more years before the brand that built its reputation on the purity of black and white would introduce the J12 in white ceramic. When that happened In2003, it solidified the famed Chanel signature look and made its own history. The beautifully illustrated book makes nods to the milestones of Chanel in the past 20 years.

As Chanel was preparing for the 20th anniversary of the J12 in 2020, Arnaud Chastaingt, director of Chanel’s watchmaking creation studio, embarked on a redesign of the J12. While he invested nearly four years in rethinking the watch, he – self-admittedly – acknowledged that a revolutionary design can only be reworked with the precision of a surgeon and cannot be changed. 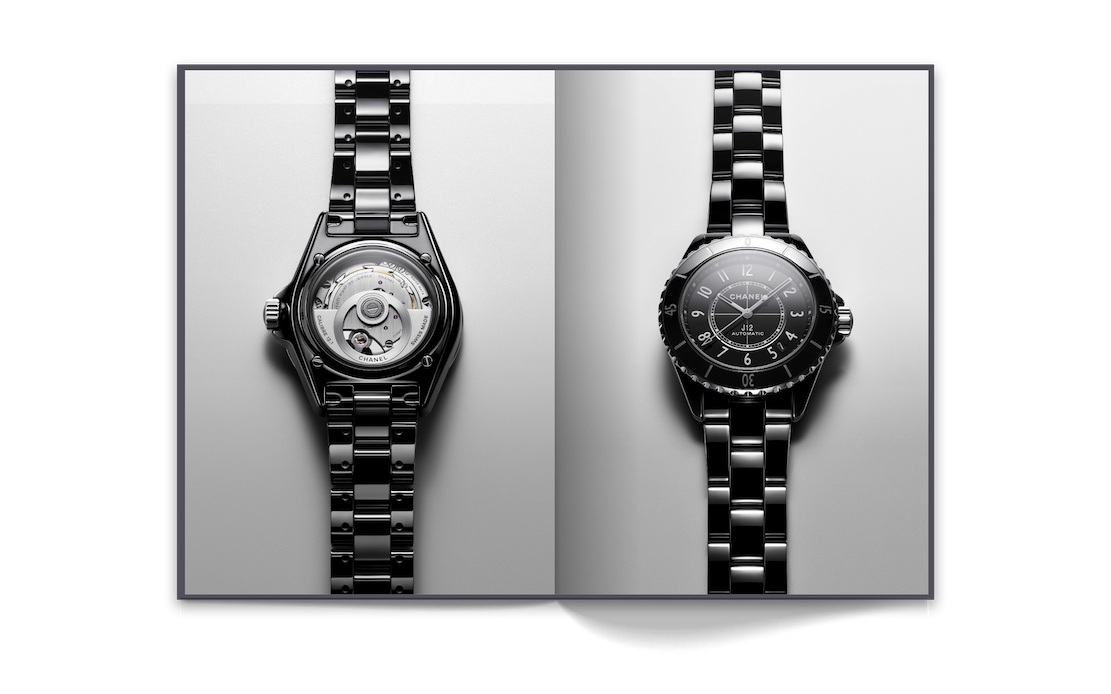 The result of his efforts is a  J12 housing a new caliber 12.1 that is visible via a transparent sapphire crystal case back that allows for viewing of the tungsten rotor.  Approximately 80 percent of the movement’s components are new and the watch features a finer bezel, reduced crown size and more. The new versions feature white hands for the black-dial watch and black hands for the white dial watch – making a resounding leap to connect the Chanel black-and-white dots.

The new Chanel “Eternal Instant” book beautifully showcases the evolution of this 20-year0old icon thanks to incredible photography and a few highly pertinent quotes from the  designers at the brand over the years. The book, available starting in February, retails for $95.