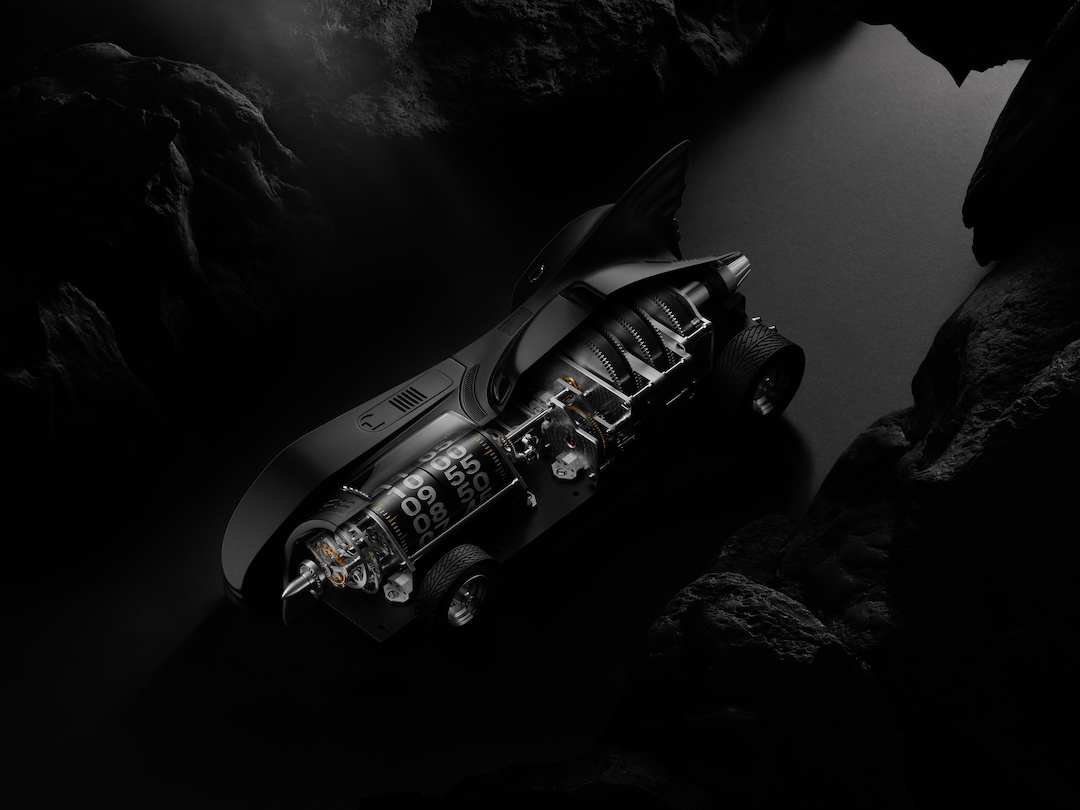 I’m Batman! Who hasn’t uttered the hero’s famous gravelly voiced introduction? Well, now independent design studio and manufacture Kross Studio brings us a little closer to making that greeting a reality with the introduction of the 1989 Batmobile X Kross desk clock that pays homage to what is most likely the most iconic car in comic history. The extraordinary clock is the result of Kross Studio’s first collaboration — this time with Warner Bros. Consumer Products. 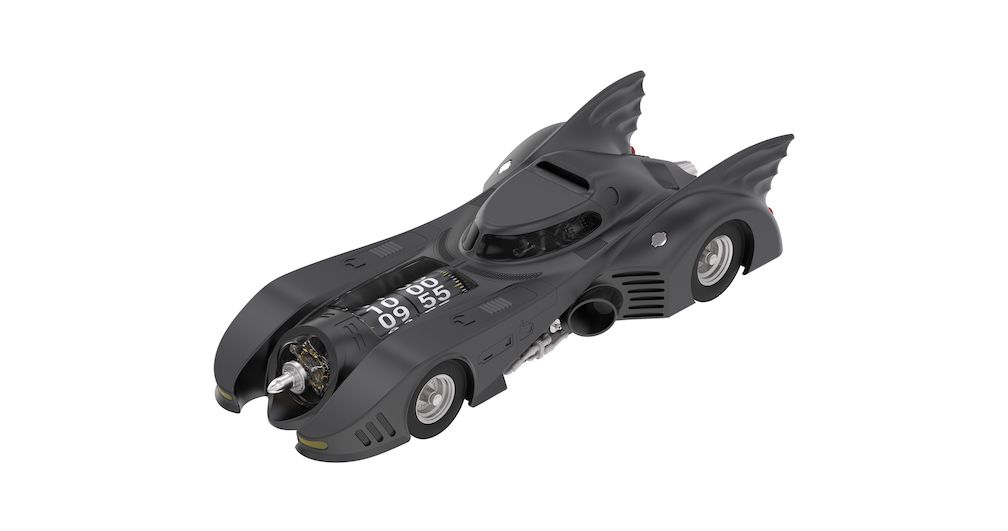 Batman is an easy one to cheer for. No super powers, just his intellect, martial arts and detective skills to stop crime. There is a rich history to pull from for anything Batman related, from Adam West to Ben Affleck. The Kross Batmobile piece draws directly from Tim Burton’s 1989 Batman movie. Highly regarded as the first great dark super hero movie, the classic film introduced the world to the greatest detective since Sherlock Holmes. 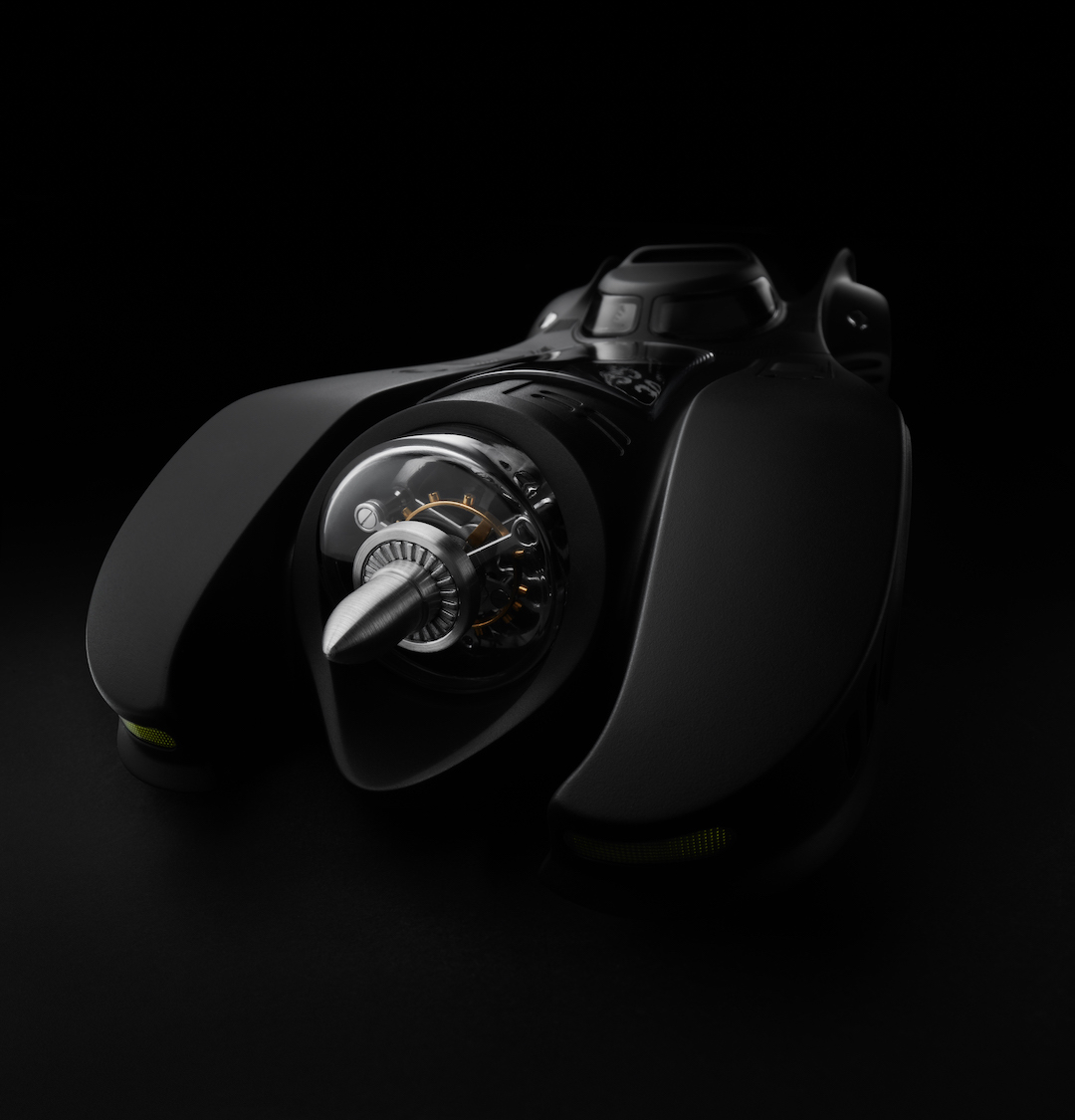 Kross Studio 1989 Batmobile Desk Clock is being made in a limited edition of 100 piecesPhoto credit: Studio Eliot & Watson

The state-of-the-art mechanical clock was designed with a movement that could be housed in a scale replica of the Batmobile. Months of research were required to bring the piece to market. The end result is a masterpiece comprised of a massive 512 components: 115 for the bodywork and 397 for the movement. For context, a similar piece would typically be comprised of only 130 components.

Fully expectant of anything drawing on Batman as an influence, the materials for the piece have been meticulously thought out. The bodywork is done in black aluminum composite, with aeronautical grade scratch-protection coating and done in the same curves and proportions as the batmobile found in the movie. So honest in its recreation of the source material that the wheels also spin. The windows were given a slight tint instead of a dark tint in order to allow for a view of the movement.

The time is easily legible with a horizontal read for the hour and minutes and located where the bat engine would be. At the front of the would be bat engine is a vertical regulator in the front of the car. The regulatory beats of 21,600 beats per hour or 3 Hz to allow for greater levels of precision vs the 2.5 Hz found in competing similar pieces. A satin finished and mirror polished bat-key winds the bat-movement and is also used to set the bat-time. Once fully wound, Kross has given the Batmobile clock, which is being made in a limited edition of 100 pieces, a manual winding movement with a 30 day power reserve. It retails for $29,900. KAPOW! 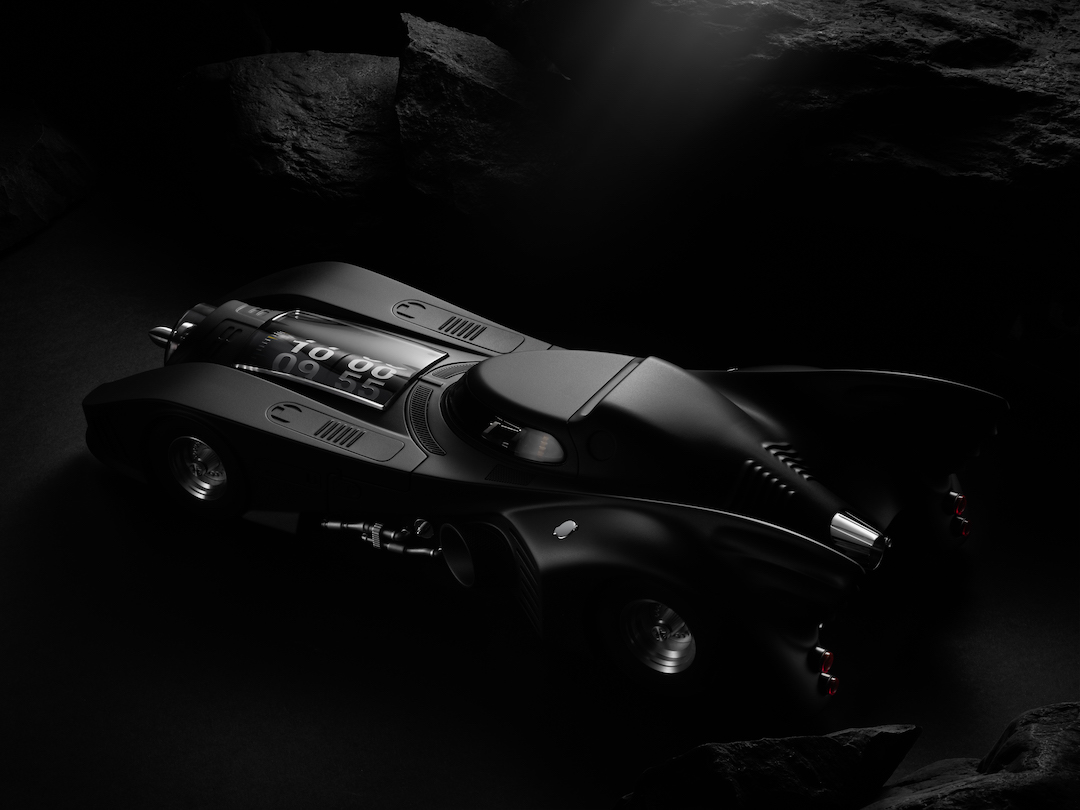