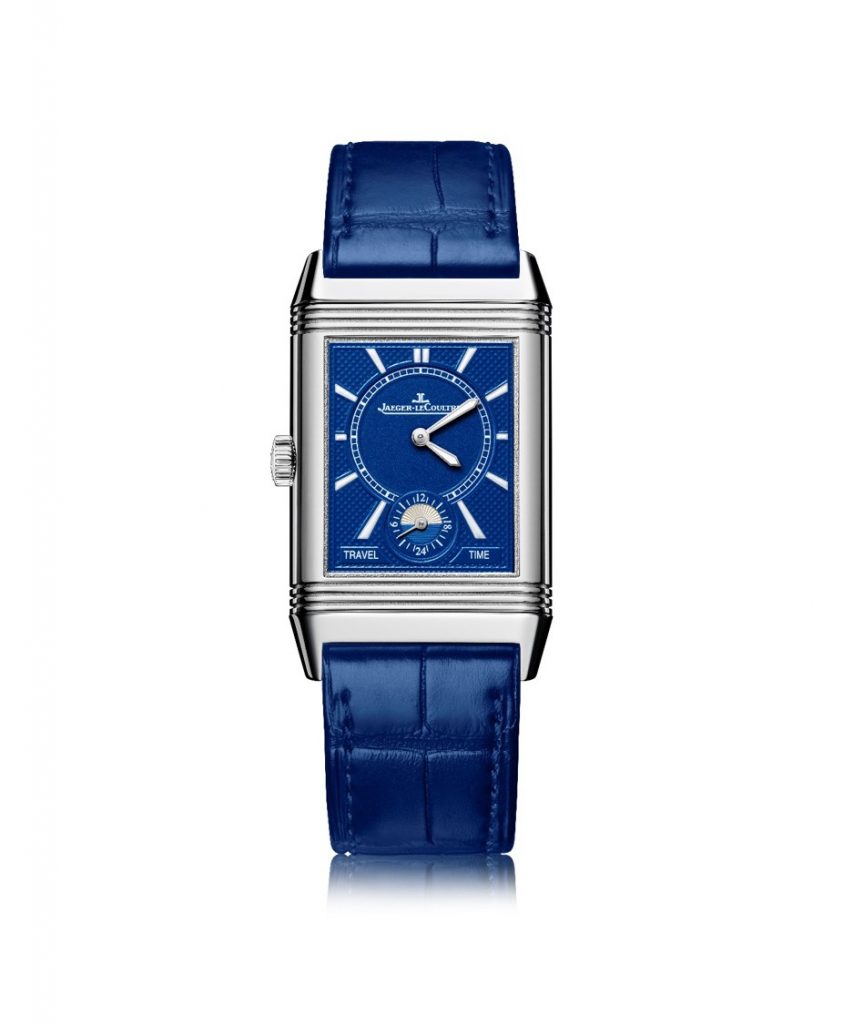 Expected to be a strong theme throughout the year, color is blooming everywhere in the watch world for both women and men. Jaeger-LeCoultre is fully embracing the concept with three new Atelier Reverso watch dials that are bound to entice.  The Atelier Reverso is the brand’s program designed to enable customers to personalize their Reverso by choosing several different elements, including the interchangeable straps and reverse dial colors. 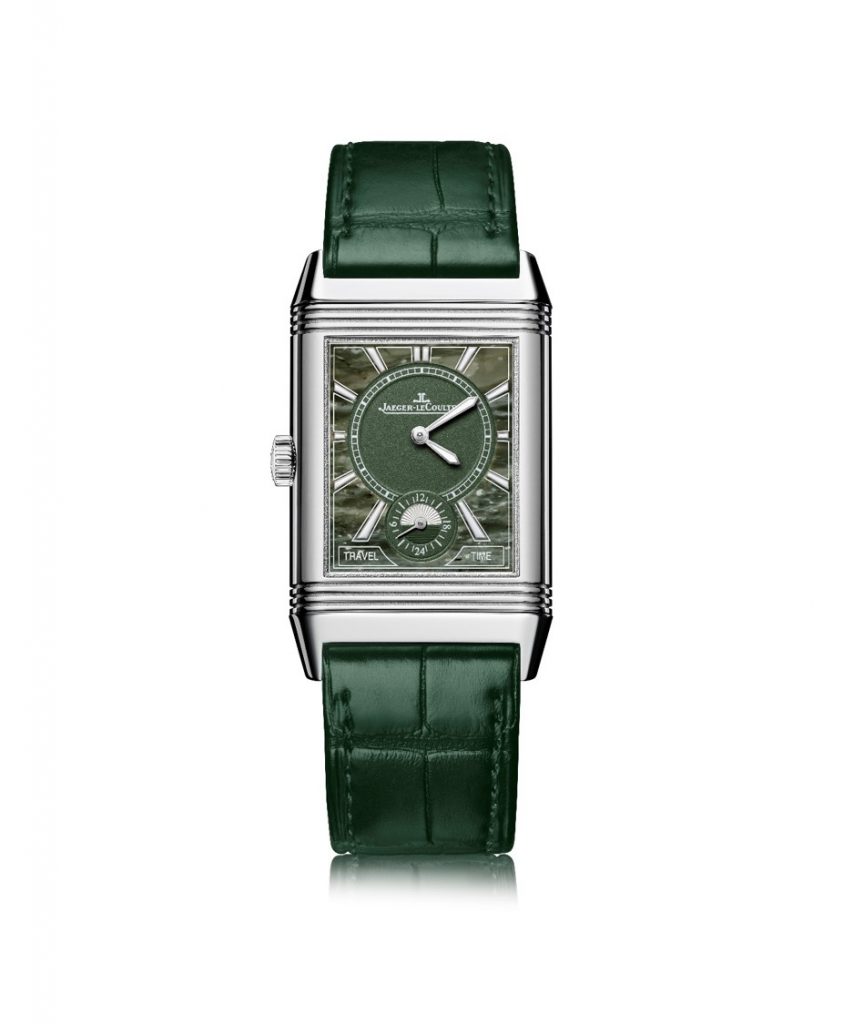 Jaeger-LeCoultre turns to stone dials, as well, for the Atelier Reverso concept, such as this green Military-hued marble.

The three new dials being released include a stunning Electric Blue, and two gemstone dials:  Tiger’s Eye and Military Marble green. The dials are available for the Reverso Classic line and for the Reverso Classic Large Duo Small Second watches. You can customize your own Reverso via the Atelier Reverso concept set up in Jaeger-LeCoultre boutiques, or from you home via the iPhone or iPad apps. 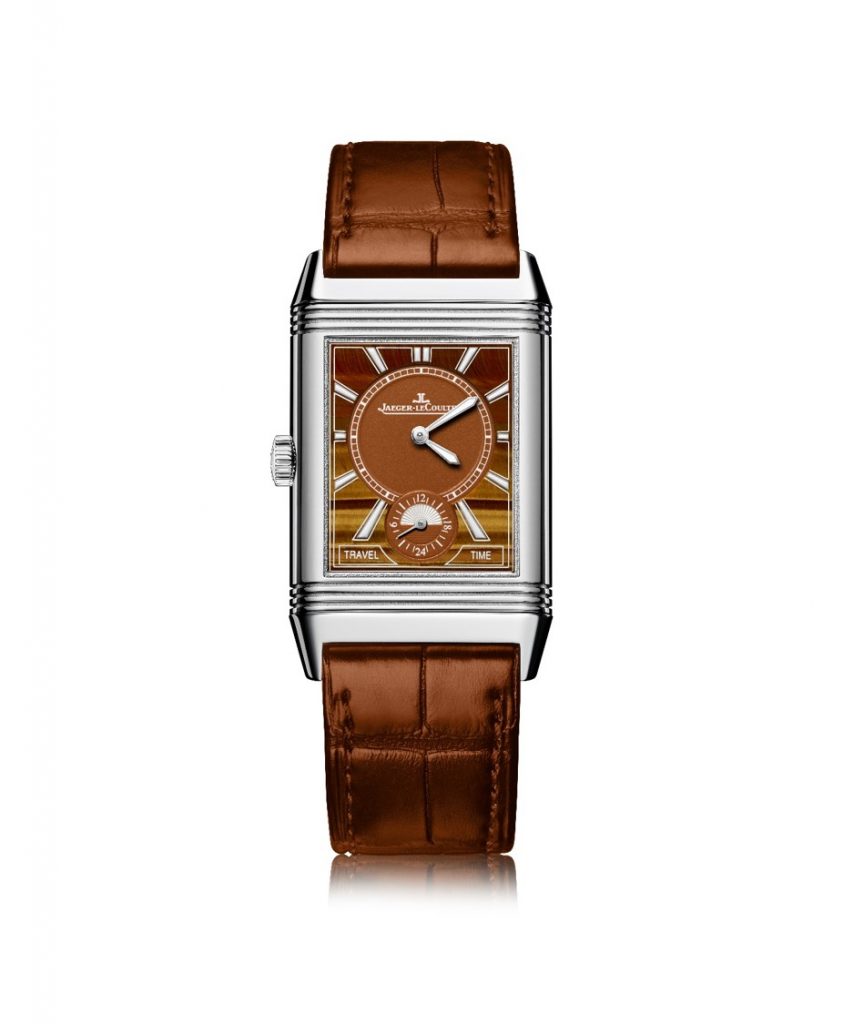