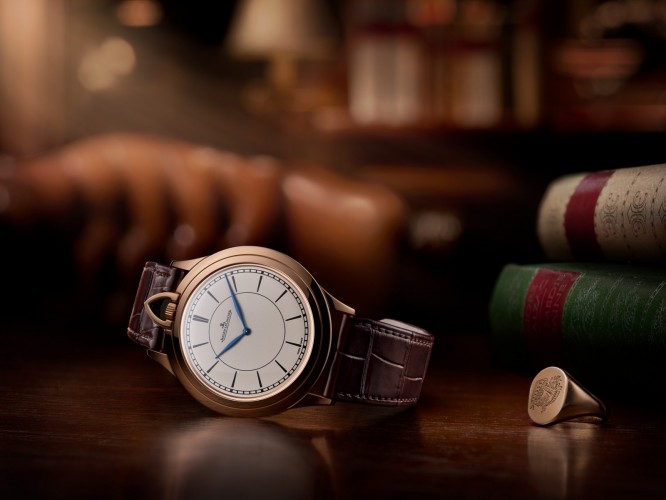 Swiss watch brand Jaeger-LeCoultre — along with Mr. Porter — launches a new limited-edition watch: the Master Ultra Thin Kingsman Knife watch that has been specially adapted for the upcoming Kingsman origins film, The King’s Man, directed by Matthew Vaughn. Just 100 pieces will be made — all offered exclusively on Mr. Porter from today until September 6. After that, if there are any watches left, they will be available from Jaeger-LeCoultre on line. But don’t count on any being left.

The new Jaeger-LeCoultre Master Ultra Thin Kingsman Knife watch is one of the most elegant and alluring ultra-thin watches currently on the market. It deftly brings together past and present for a spell-binding appeal thanks to the clean lines, the sophisticated dial, the incredible thinness and the triangular crown accent — all inspired from a piece made by the brand more than 100 years ago.

The new movie links the past and the present — exploring 100 years back to the origins of the Kingsman agency.  As such, Jaeger-LeCoultre reverted to it archives and its long experience in creating ultra-thin calibers. The new watch is directly inspired by the 1907 ‘Couteau’ (couteau is French for knife) pocket watch, but is brilliantly contemporary in looks. 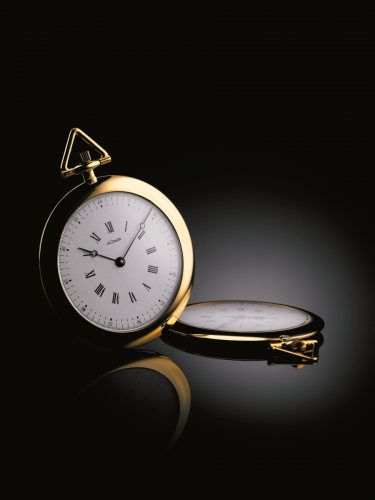 The design of the new Master Ultra Thin Kingsman Knife watch reflects Jaeger-LeCoultre’s historical pocket watches thanks to the bezel slopes, stepped case, and the fine profile that recalls knife blade.  The winding crown is protected by a triangular bow at 12:00. Contemporary codes are added in the form of  simple index hour markers and a circular chapter ring that bring the design into modernity. 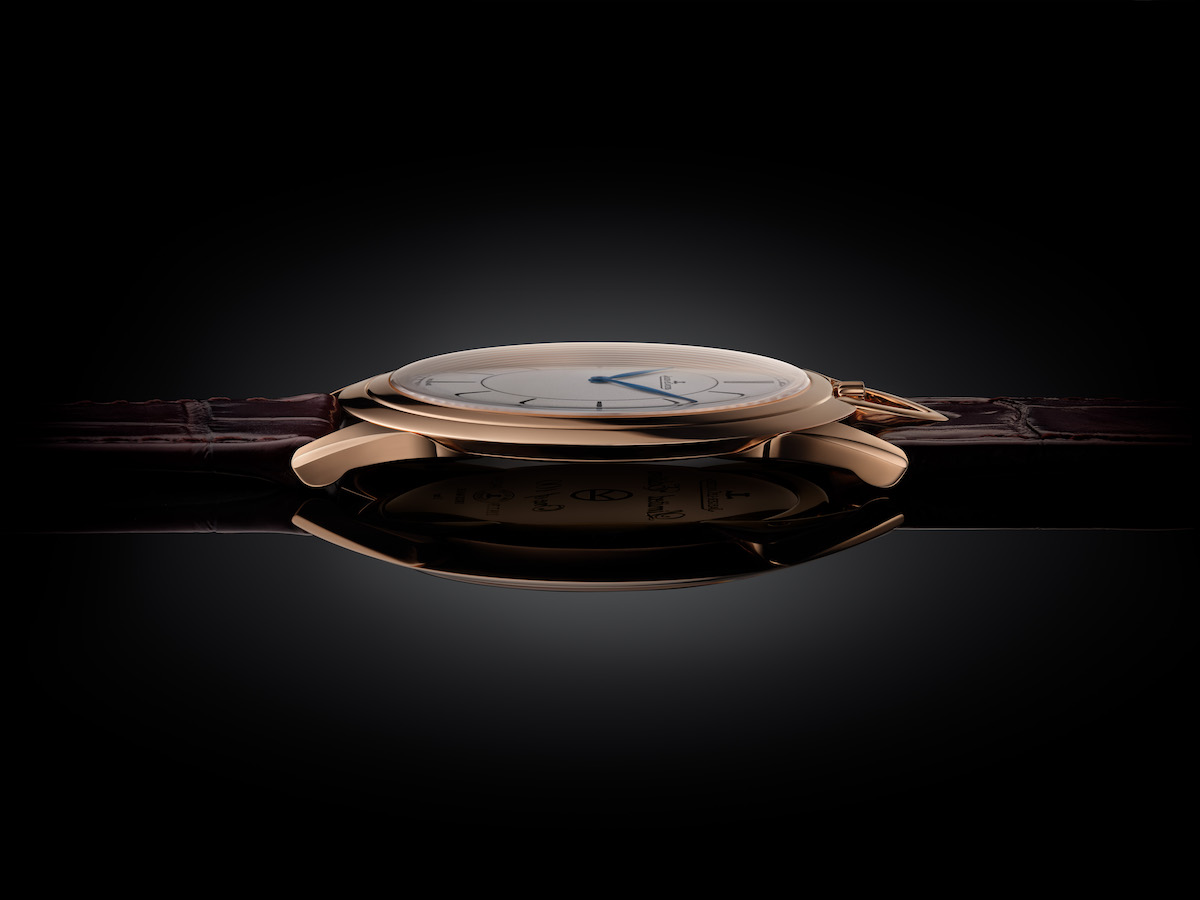 It is crafted in 40mm 18-karat pink gold and measures just 4.25mm in thickness.  It is powered by the brand’s hand-wound calibre 849. At just 1.85mm thick, the movement requires a perfect ratio between thinness and solidity, to ensure that components remain strong and reliable. The case back is engraved with the Kingsman logo, and the words  One of 100. It is sold in a specially designed Kingsman box. The watch retails for $29,800. 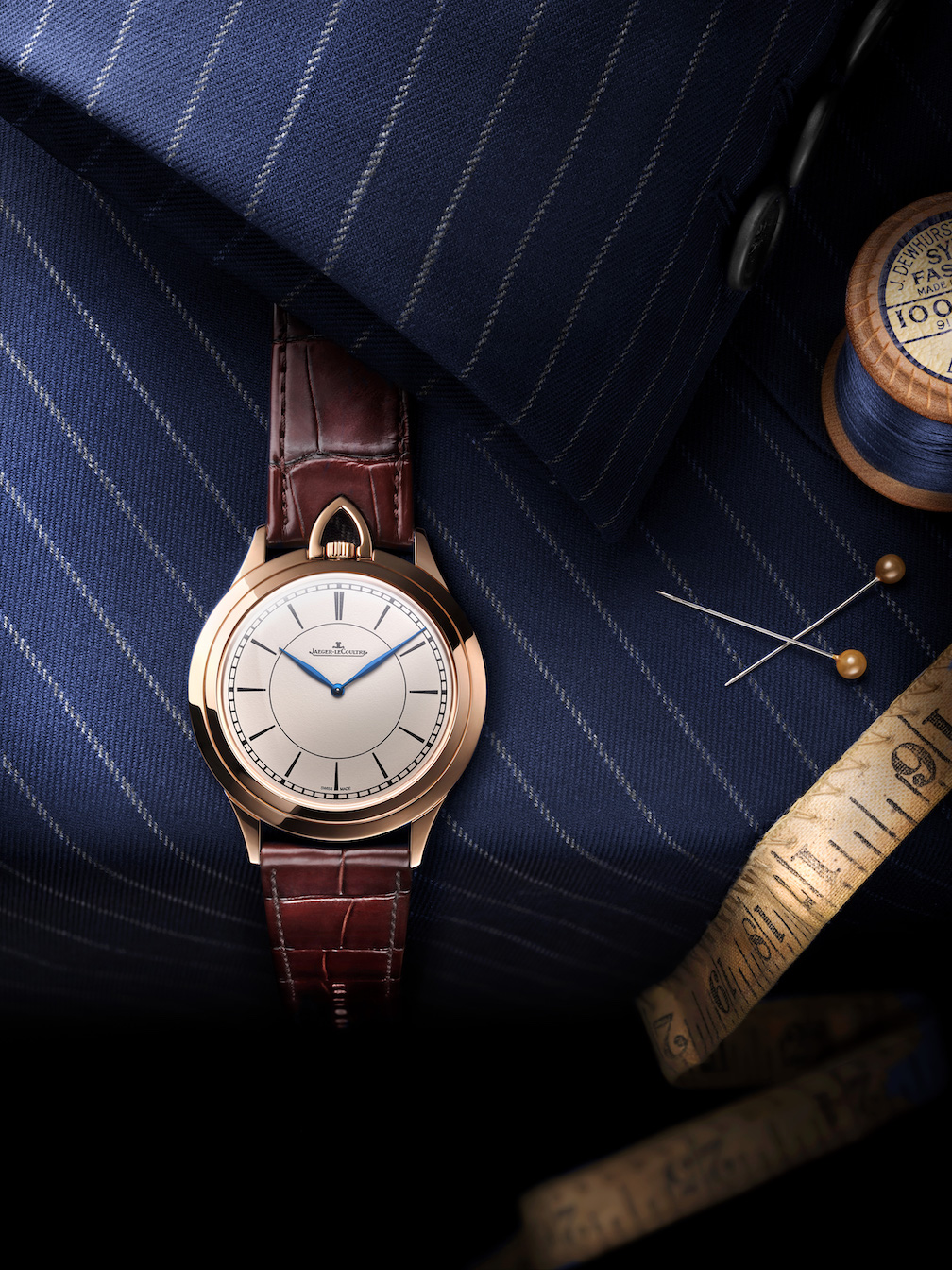 According to Catherine Renier, CEO of Jaeger-LeCoultre, the brand is proud of its heritage and its contemporary prowess. “We are delighted to partner with Matthew Vaughn and Mr Porter to unveil a unique timepiece celebrating a pioneering spirit. The thinness of this watch, inspired from a pocket-watch with a knife shape from 1907, is illustrating the skills and creativity of our fully integrated Manufacture. It represents the spirit of times with timepieces passed from generation to generation.”

About Kingsman’s The King’s Man Movie 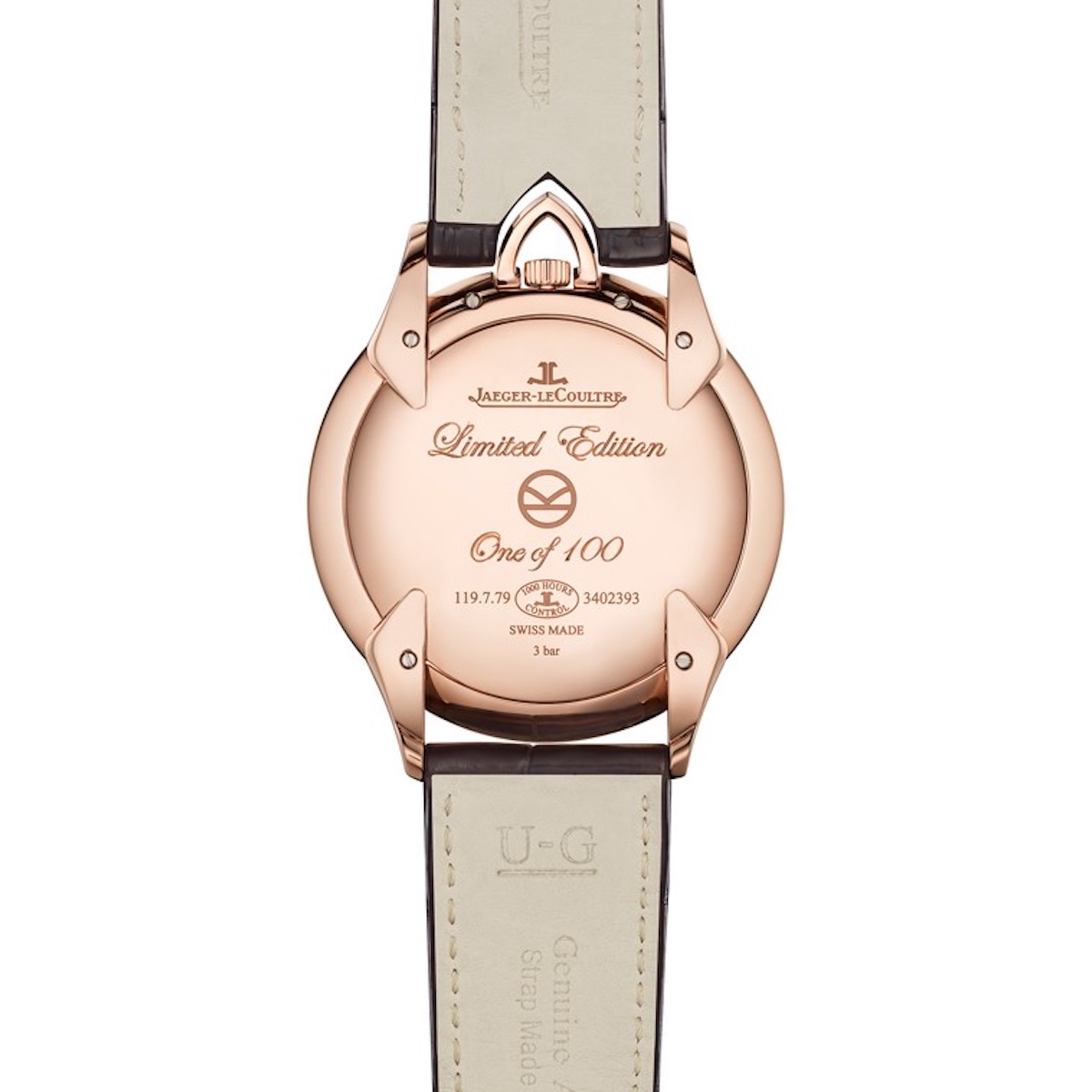 Jaeger-LeCoultre Master Ultra Think Kingsman Knife case back is engraved with One of 100.

MARV Studios is the production company of leading British filmmaker Matthew Vaughn, who specialises in genre-redefining films. His films have garnered over $2.6 billion at the global box office, making him one of Britain’s most successful and critically acclaimed independent filmmakers.

The first Kingsman movie made its debut in 2014 with Kingsman: The Secret Service, written and directed by Vaughn, and its follow-up Kingsman: The Golden Circle in September 2017.