Founded in 1883, Jaeger-LeCoultre has been a leader and inventor for nearly two centuries. This luxury brand is the creator of the famed Memovox and the iconic Reverso. A patron of the arts and a supporter of cinema, the brand has also had an almost decade-long relationship with top film festivals, including sponsoring the Venice International Film Festival. This year, as Jaeger-LeCoultre celebrated its 180th anniversary and the Venice Mostra Film Festival celebrated 70 years, the two came together in the city on water to celebrate. 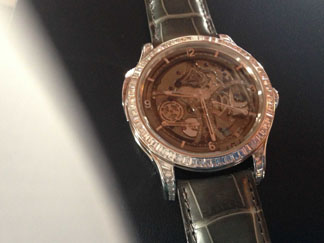 In fact, with the backdrop of the Film Festival, where Jaeger-LeCoultre dressed many a celebrity, the brand just recently invited important clients and press for an amazing gala event and weekend activities that included getting a close-up and personal look at the celebratory Jubilee collection of watches and at the specially made personalized Reverso destined for the winners of the Best Film, Best Actress and Best Actor. The watch features a lacquered engraving of a lion- the symbol of Venice. 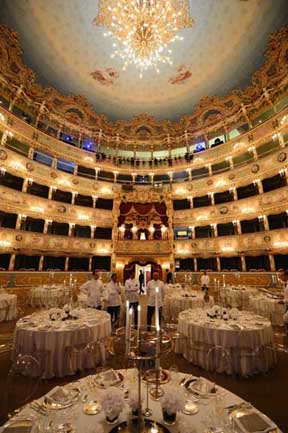 The weekend shaped up beautifully, with a shining private performance for brand guests of La Traviata at the recently restored 18th century Teatro la Fenice opera house.  The following day brought tours of Venice, interviews with celebs and brand execs and a gala event held in the opera house itself – which had been transformed into a superb dining arena on the first floor and a wonderfully enlightening exhibition area on the second floor. The brand’s master watchmakers and gemsetters demonstrated their art and timepieces were on display in and around a structure built like a watch gear. Several important friends of the brand attended the event, including brand ambassador and stunning actress Diane Kruger, as well as Carmen Chaplin, granddaughter of Charlie Chaplin. (We will be bringing you interviews with some of these guests in the near future so stay tuned.) 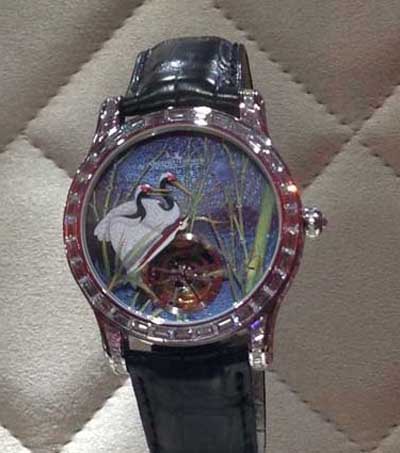 For watch journalists — the culminating day proved fruitful as we got to handle key watches such as the Master Grande Tradition Tourbillon Cylindrique à Quantième Perpétuel with 431-part movement, and the Master Ultra Thin Jubilee, with a thickness of only 4.05mm making it the thinnest mechanical manually-wound watch of its category. A particular highlight was the Master Tourbillon Enamel. The watch features cranes, the ancient symbol of longevity, enameled on the dial, surrounded by the green leaves enameled on the sapphire glass on top. The newest women’s watches were also on hand, including the Rendez-Vous Celestial and the amazing new Reversos, such as the all-diamond Reverso based on a model from 1936. This version is set with more than 1,500 diamonds. Stay tuned for related features.