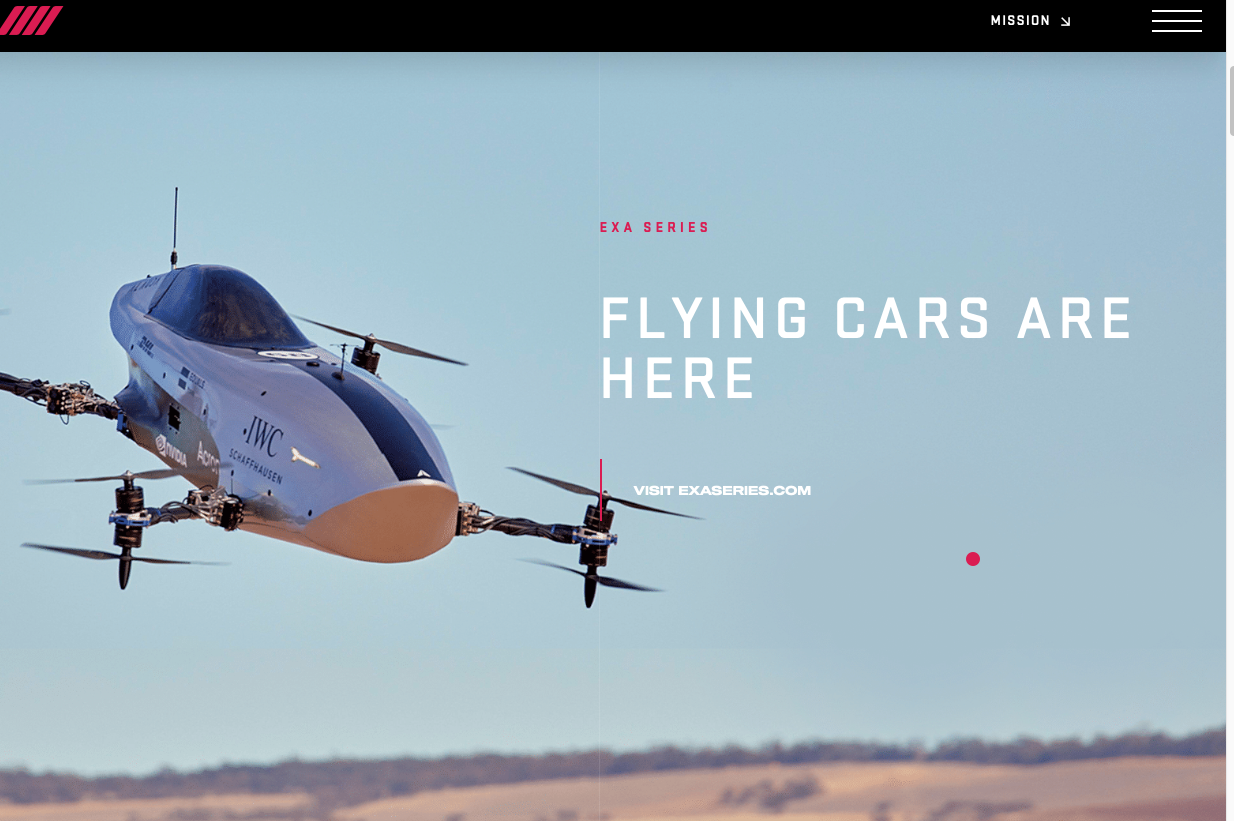 IWC partners with Airspeeders as the Official engineering and timekeeping partner of the racing series of flying cars.

It’s the stuff dreams are made of. Flying through the sky with your own private car, not worrying about the roads or the traffic. A futuristic dream only accomplished on The Jetsons, in a drone-filled world, it may well be on its way to becoming a reality. Cutting-edge brand IWC Schaffhausen recognizes the potential of this pioneering field and goes all in with its Engineering and Timekeeping partnership with Airspeeder.

Airspeeder has developed the world’s first electric flying car racing series that celebrates pioneering technology and sustainability. The new form of motorsport has no noxious fumes polluting the air and it’s doubtful the noise pollution will rival F1 racing.

The Airspeeder racing series was conceived of by founder Matt Pearson who also heads up the world’s first performance electric flying car manufacturer, Alauda. His idea is to create a new motorsport to accelerate recognition of air mobility and the incredible possibilities of usage for passengers, medical transportation and more. 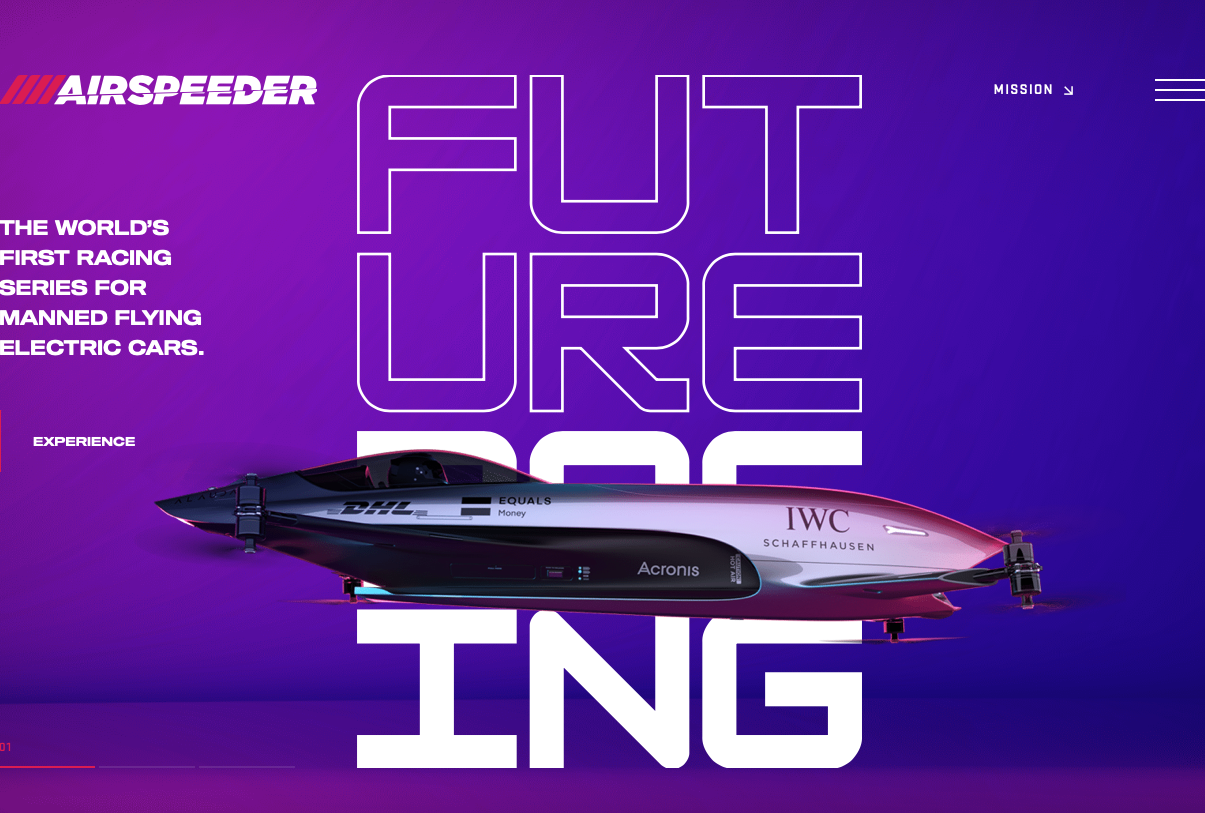 The future of car racing and possibly driving, transporting and other automative needs may well happen in the sky. Airspeeders and IWC team up.

The new racing series will be global and will consist of eVTOL (electric vertical take-off and landing) crafts. The flying cars are similar to drones in that they will be “driven” remotely from the ground. Teams of pilots will compete at speeds of about 140 miles per hour and at heights up to 120 feet off the ground. An entire series of “tracks” will be developed, and the races will be streamed.

The first flying cars to compete will be Mk3 vehicles that recall classic 1950’s sportscar features equipped with racing drone airfoil-profiled rotor arms, carbon fiber components and EV battery technology. Even air safety has been considered, with the cars equipped with Radar collision avoidance systems that emit a “virtual force field” around the craft. In 2022, the Mk4 crafts will launch and will be manned vehicles that will compete in the EXA series of races.  The multi-copters are developed in an advanced aerospace lab in South Australia by a team of engineers from the aviation, automotive and FPV drone world. 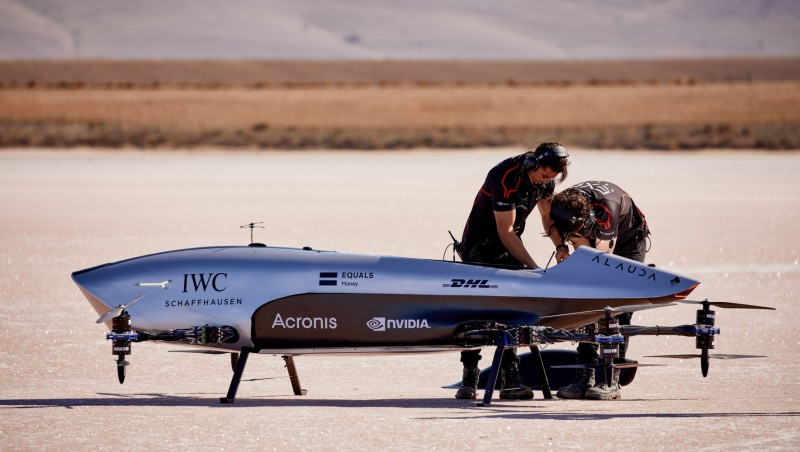 IWC partners with Airspeeders and the sky races these drones will compete in.

“The Airspeeder team are true pioneers of aviation, and they are bringing together two things that are really close to IWC’s heart. From making some of the planet’s best pilots’ watches for the last eighty years to the cut and thrust of modern automotive design and racing, we have always equipped and inspired those who dare to dream. We are proud to collaborate on an endeavor that will make such a progressive impact on society,” says Christoph Grainger-Herr, IWC CEO.