Time as a Luxury for the Home: Jaeger-LeCoultre Atmos Clocks 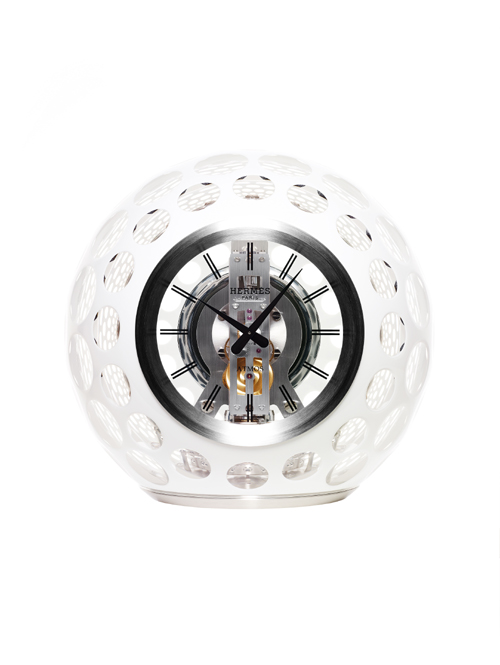 We know your home is already beautiful, but for those looking to give it a real edge, consider the role of time in your house.  While a clock is not a necessary item in today’s digital world, it really is a functional piece of art and décor – especially when selected wisely.

One of the most superb in-house statement makers is the Atmos Clock from Jaeger-LeCoultre. An objet d’ art since 1928, the Atmos clock is as revolutionary today as it was when it was first invented 85 years ago.  The concept of the clock that could run for several centuries without requiring external intervention was developed by engineer Jean-Leon Reutter in 1928, and was immediately embraced by luxury watch brand Jaeger-LeCoutlre. 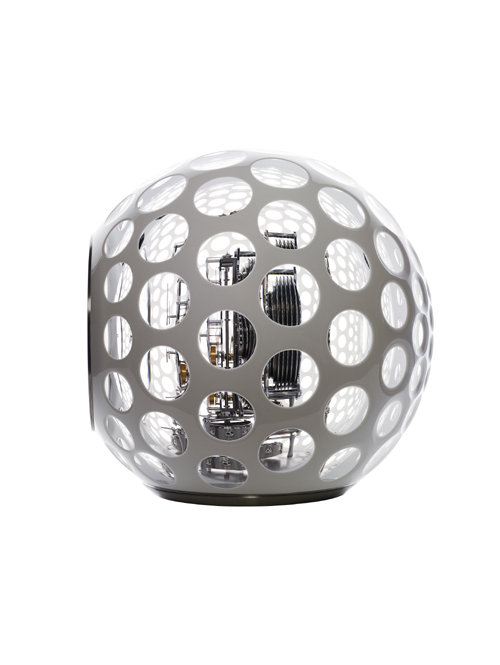 A side view of the Atmos Hermes clock made with Jaeger-LeCoultre reveals the movement.

Some call the Atmos the clock that runs on air; others say it is temperature controlled. The reality is the clock mechanism is driven by infinitely small successive changes in temperature.  The secret is a hermetically sealed capsule that contains a gaseous mixture that dilates when the temperature rises and contracts when it drops.  Together with the clock’s mainspring, the capsule acts as a mechanical lung that breathes in and out – thereby winding the barrel with each atmospheric fluctuation. One degree in temperature change is enough to give the clock 48 hours of power reserve.

The environmentally friendly mechanism was decades ahead of its time.  To think that a single degree of temperature change can keep the clock running for decades – beautifully. This unusual clock was, for quite some time, a gift to US presidents and diplomats. Famous people such as President John F. Kennedy, Sir Winston Churchill, General Charles De Gaulle, President Ronald Reagan, Pope John Paul II, King Hussein of Jordan and others have at one point in time owned or associated with a Jaeger-LeCoultre Atmos clock. 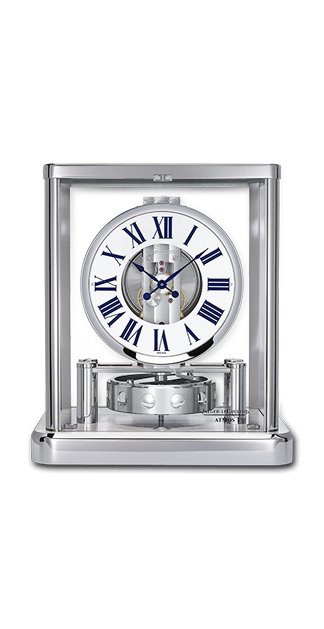 The Atmos Classique clock is bold and alluring, at just $6,900 retail.

Today, the stunning open-worked designs being built by Jaeger-LeCoultre offer an array of styles for any taste and décor.   Among the designs:  Classique (timeless appeal reminiscent of models built in the 1940’s); Regulator (launched just over 10 years ago these clocks feature regulateur dials once considered to be the most accurate indicators);  Marqueterie ( exceptional marquetry clocks);  Mysterieuse (wherein the mechanism is entirely hidden from sight).

In fact, Jaeger-LeCoultre just unveiled a new Atmos Marqueterie clock – the fifth in a series created to honor famed German artist Gustav Klimt. The newest piece, built in a marquetry cabinet, is inspired by his work “The Waiting.” The clock and hydraulically opening hand-marquetry cabinet required several hundred hours of hand work.  The regulator style clock offers month and moonphase indications.  Just 10 pieces of this magnificent work of art and time were ever created. 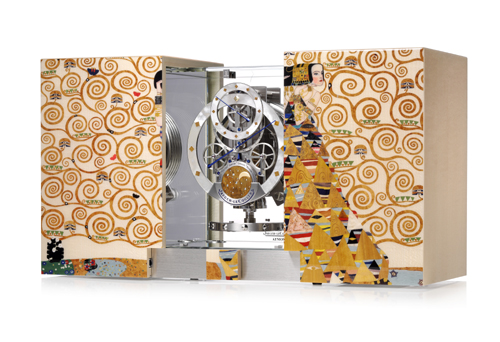 Also this year, Jaeger-LeCoultre teamed with Hermes and glassmaker Les Cristalleries de Saint-Louis to co-produce an Atmos Hermes clock – housed in a round globe of open-worked glass meant to resemble bubbles.  The clock weighs about 22 pounds and features hand-blown hand-cut glass in layers. Just 176 pieces of this clock – in black or white- have been made. They are sold only through Hermes or Jaeger-LeCoultre boutiques.  Jaeger-LeCoultre Atmos clocks range in price from about $6,900 for a Classique to $30,000 for the Hermes Atmos, and higher for specialty pieces such as the Marqueterie.