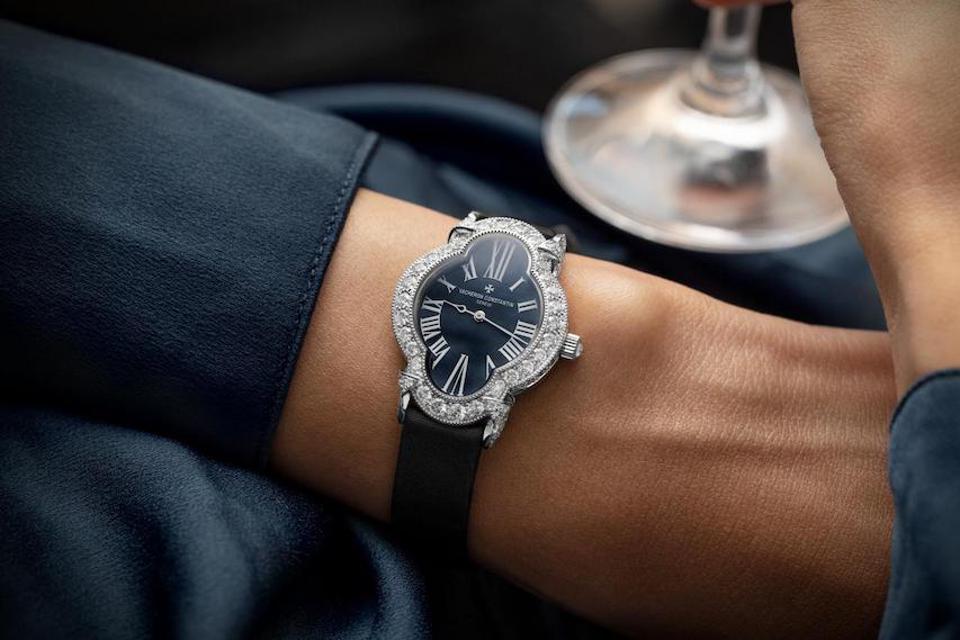 The world’s oldest, continually operating watch brand, Vacheron Constantin, has been stepping up its game the past couple of years when it comes to women’s watches. It was not too long ago that the brand introduced its dedicated women’s line, Egerie. Now, it turns to its vast archives  for inspiration and added a daring new watch to its Heures Creatives collection: Heure Romantique ladies’ watch. With this new diamond-set 18-karat gold ultra-feminine timepiece, Vacheron Constantin not only showcases its ability to embrace the past, but also deftly demonstrates its watchmaking and gem-setting expertise. 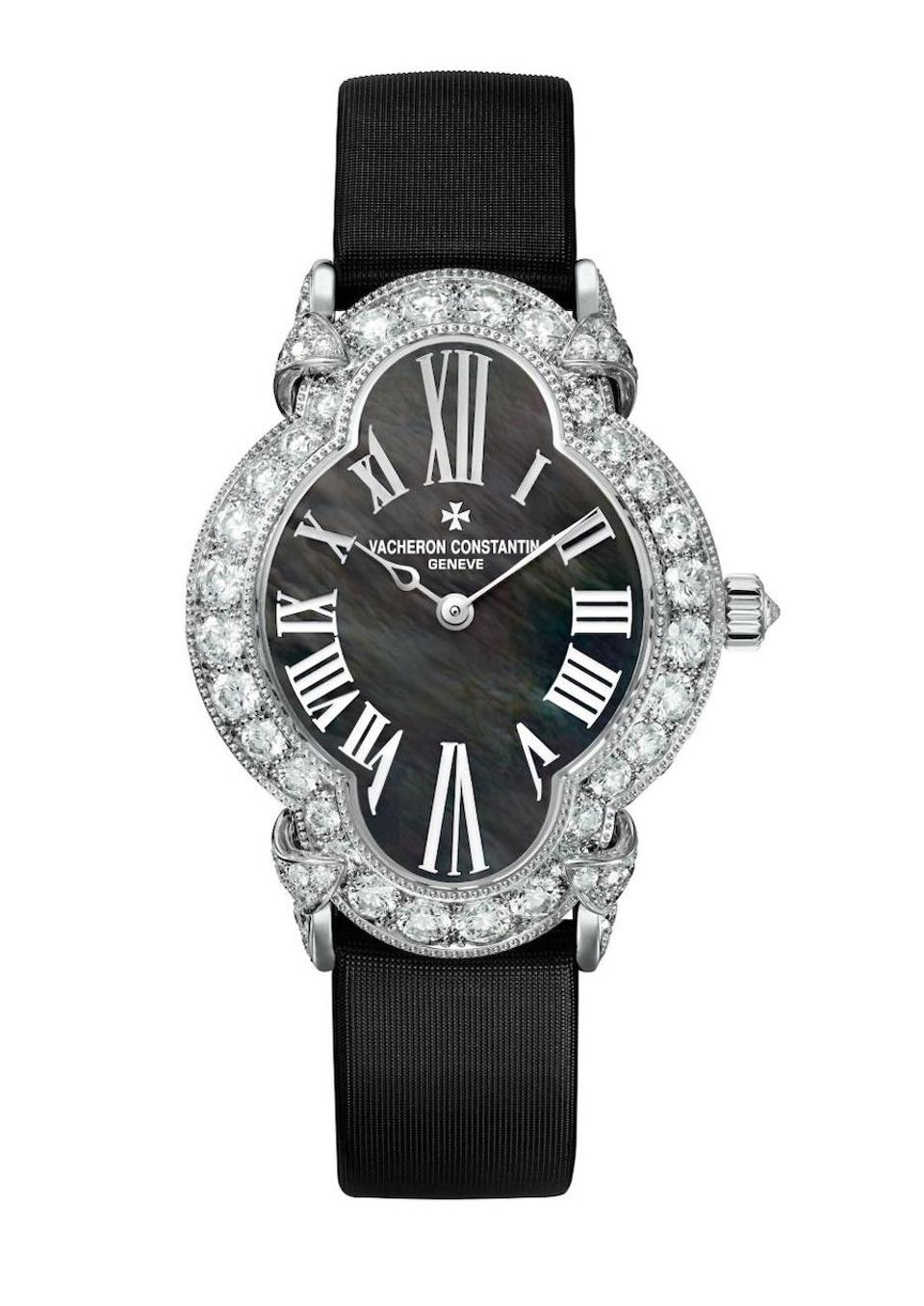 The new flower-shaped watch with great curves recalls the Art-Nouveau era in its shape and its setting. The watch boasts a striking black mother-of-pearl dial with beautiful striations and highly stylized Roman numerals within the arabesques. It is meticulously set with diamond brilliants on the case, case sides, and leaf-like lugs — using a prong setting that was prevalent in the early 1920’s and ‘30’s and that is still relevant today. In fact, the 18-karat white gold watch boasts a total of 104 diamonds set on two levels of the case for stunning appeal. Even the white gold folding clasp and the crown are set with diamonds – for a total of 123 stones weighing 2.6 carats.

The Devil is in the details

As if the diamonds and the meticulous setting – which takes an artisan hundreds of hours to complete – Vacheron Constantin also adds finely engraved small gold beads to the entire circumference of the case, with another row of beads outlining the diamonds on the case. This incredible detailing takes dozens of hours of work and is barely noticeable from a distance. However, Vacheron Constantin would have it no other way. The brand is a stickler for details. 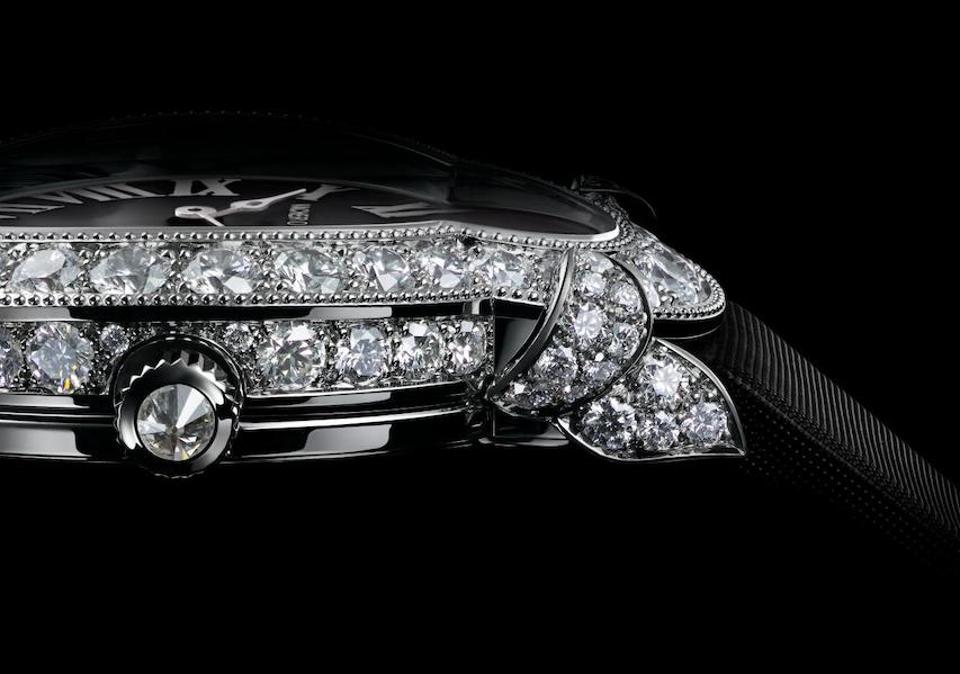 The Vacheron Constantin Heure Romantique watch is set with 123 diamonds.

The Heures Creatives Heure Romantique watch, which was inspired by a 1916 archival piece that was created with an all-diamond bracelet, joins Vacheron Constantin’s Heures Creatives collection. The series was started five years ago in 2015, with the first watches released being a trilogy of watches inspired by the Belle Epoque era and forward through the 1970’s. 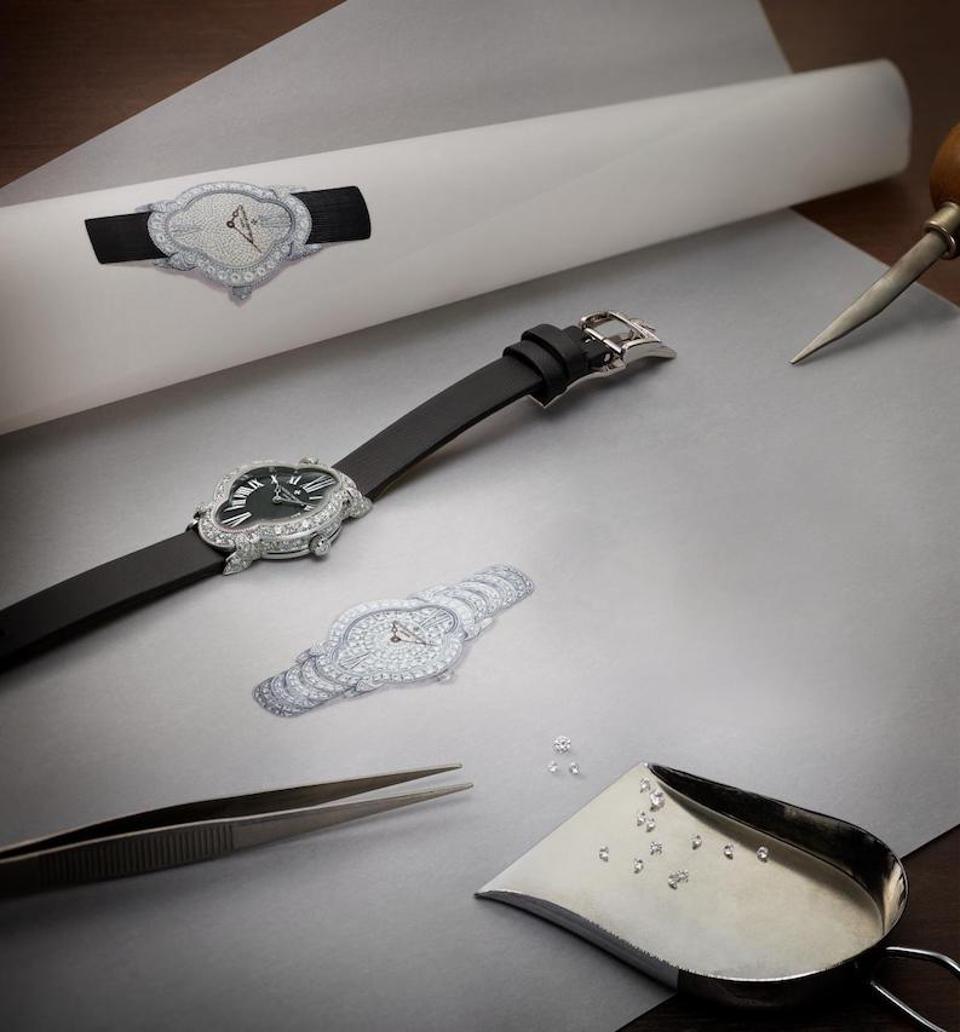 The Vacheron Constantin Heure Romantique watch is inspired by a piece from the Art Nouveau era.

Looking at this elegant watch, one would guess it to be fitted with a quartz movement. However, Vacheron Constantin prides itself on its watchmaking as well as its artistic craftsmanship. This watch is more than just a beautiful statement piece, it also boasts a top-notch in-house-made mechanical movement. Powered by the extremely thin manual winding Caliber 1055,  with 115 individual components and 21 jewels, the petite watch boasts 40 hours of power reserve. It is finished with a black satin strap perfect for any black-tie soiree.  The watch retails for $54,500.