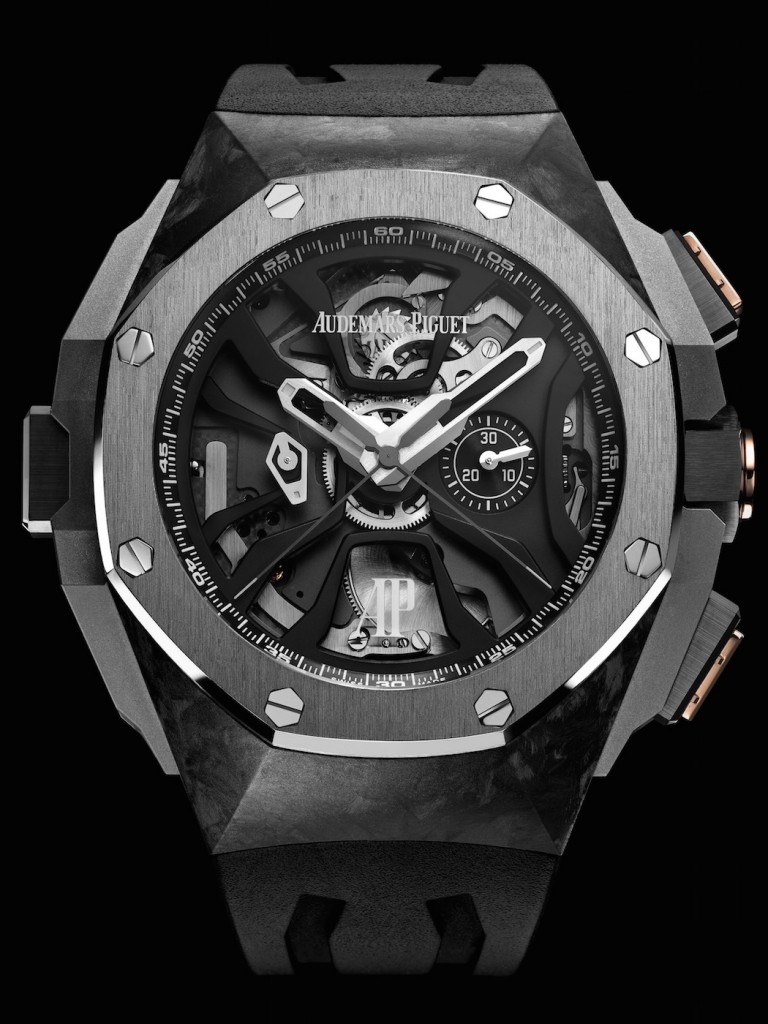 The Concept case is crafted in forged carbon with titanium, gold and ceramic

First unveiled to the world at a press event held today at Corinna Schumacher’s CS Ranch in Givrins, Switzerland, the near-quarter-of-a-million-dollar watch is one of the most complicated mechanical chronographs yet to be built. It is the first of its kind, and represents the first time this family-owned business built a movement at the wishes of a brand ambassador.

The all-new Royal Oak Concept Laptimer Michael Schumacher watch – a world’s first — offers consecutive lap timing with alternating flyback functions designed for continuous use. One might call it the ultimate endurance watch built for ultimate motorsports. Essentially, the watch works off of one chronograph with two independent central seconds hands. Push the button, and both hands take off. When one lap is complete, another push of the button immediately freezes one hand in place to mark the end of the lap, and simultaneously jumps the second hand back to zero to begin timing the next lap. Then, lap after lap, the dance continues – with each hand alternating stopping and continuing duties. 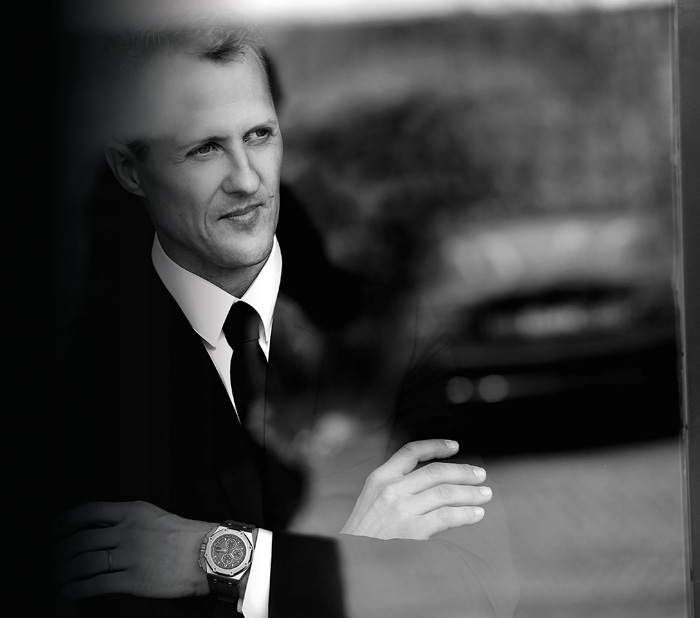 It was back in 2010 that Formula One World Champion Michael Schumacher – already an ambassador for Audemars Piguet – asked the brand if it was possible to create a mechanical watch that could measure consecutive laps around the track. Currently, it takes at least two watches – sometimes more – lined up sequentially do time laps.

Because Audemars Piguet is independently owned, it can go out on an exploratory mission and bring some visionary concept to reality. The brand is not constrained by large-conglomerate thinking, or by deadlines. Thus, Audemars Piguet opted to investigate – and decided to bring the watch to fruition. Unfortunately, during the five-year process, Schumacher suffered serious injury while skiing and is still in rehabilitation. However, the brand – with the blessings of the Schumacher family – continued its research and development in creating watch that heretofore did not exist on the market. 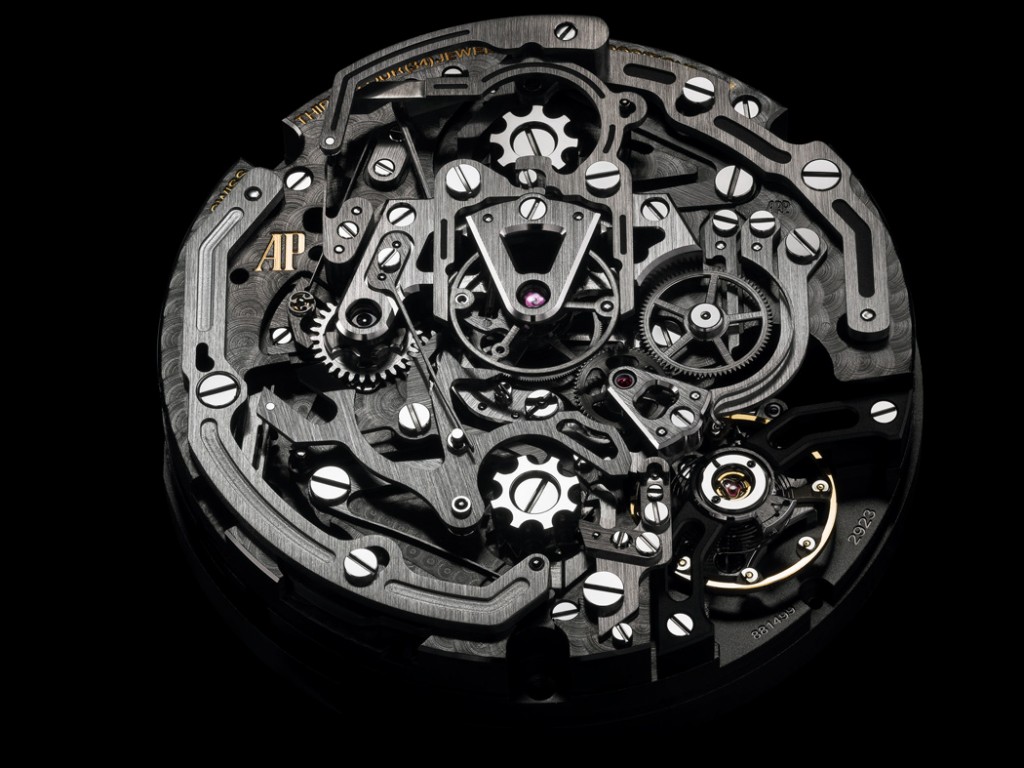 Developed with APRP, the hand-wound Manufacture caliber 2923 Laptimer Chronograph consists of 413 individual parts, with double central seconds hands, flyback, 30-minutes counter, small seconds, hours and minutes. With a patent pending, the movement is fitted with double barrels and double springs that offer 80 hours of power reserve when the watch is fully wound. When the lap timer /chronograph functions are engaged, the watch offers 50 hours of power reserve.

Beating at 28,800 vph (or 4 Hertz), the chronograph can record time to one-eighth of a second. The movement is oiled using solid lubricants that won’t deteriorate easily. Every part of the movement is finished and decorated by hand with circular grained and blackened bridges, balance wheel, and black-polished steel column-wheels. 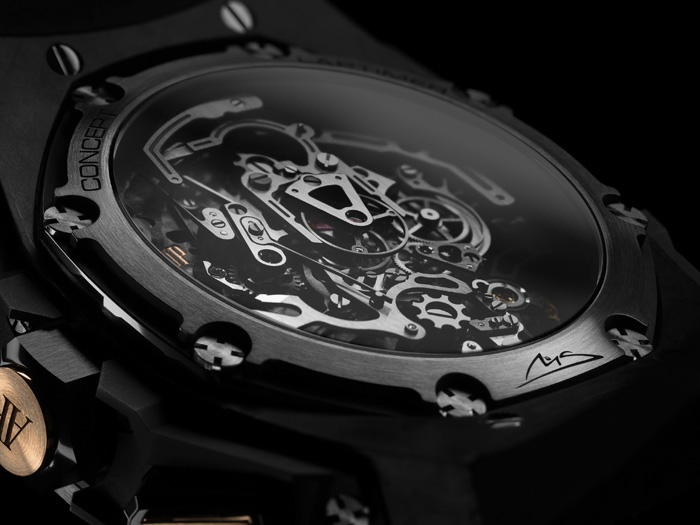 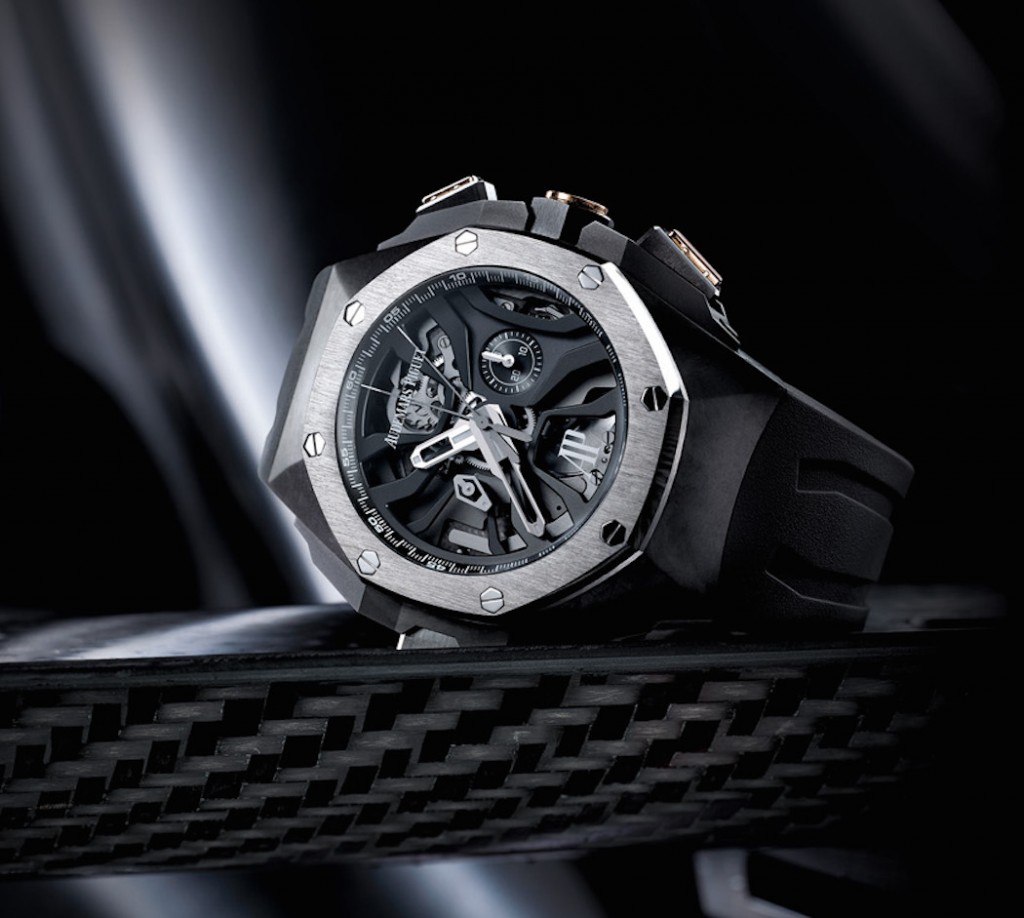 There are three push pieces on the watch: one at the 2:00 position (for start and stop of the chronograph), one at 4:00 to reset the chronograph, and a third pusher at 9:00 that makes it possible to activate the ingenious lap timing function of the hands as mentioned above (i.e., to stop one while simultaneously returning the other to zero and restarting it to record the next lap measurement). While the next lap is being timed, the bystander has a few seconds to note the time of the first lap and record it, before the hands start their magic race yet again for the next lap.

Making the watch even more versatile is the fact that it can work in multiple ways. The user can keep a certain lap time as a reference (by stopping one hand via the laptimer button), and using the other chronograph hand (to flyback via the pusher at 4:00) to restart the measurement of each new lap. Additionally, the watch can be used as a flyback chronograph, wherein both hands run together with the same start time. 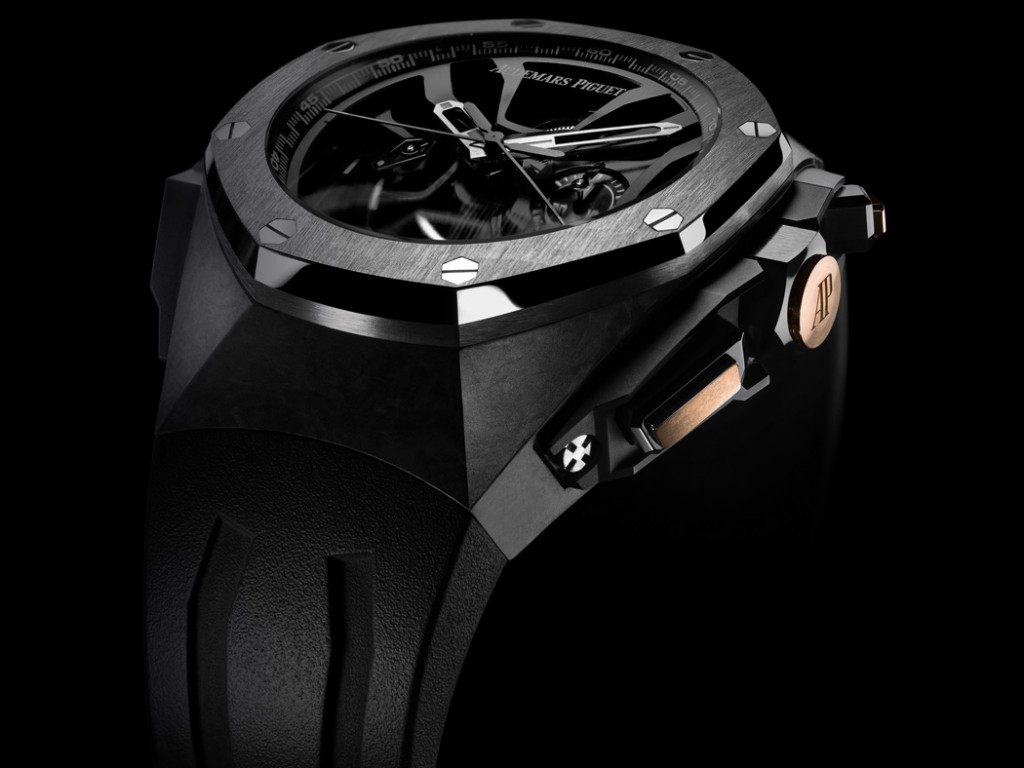 221 pieces of the Royal Oak Laptimer Michael Schumacher watch will be made in honor of the number of his point-winning races.

The watch is cased in the brand’s rarely used 44mm Concept case—crafted of forged carbon with a titanium bezel and ceramic and gold accents. There are also a host of other subtle details about the case that pay tribute to Schumacher (you can read about them in our article on Forbes.com.)

In honor of the number of F1 World Championship races Schumacher competed in, just 221 pieces will be made, with each retailing for $229,500. A portion of the proceeds will be donated to the ICM: Institut du Cerveau et de la Moelle Epiniere.

This is the second Audemars Piguet watch to bear Schumacher’s name. The first was made early in the brand’s relationship with the celebrated driver and was a Royal Oak chronograph offered in different color renditions. 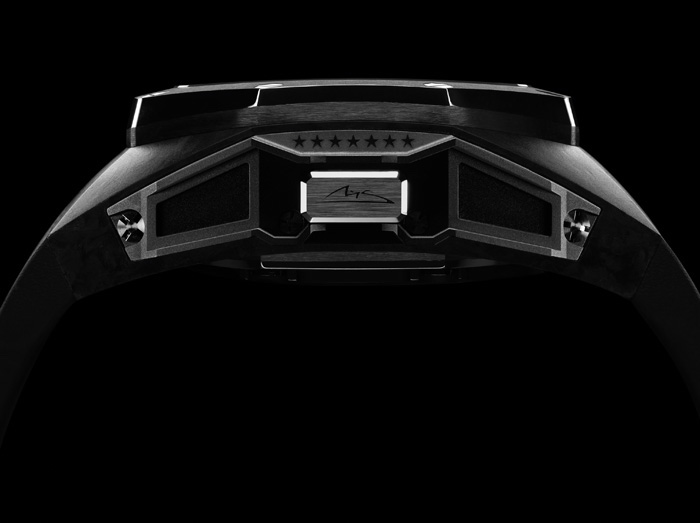 The watch has certain details that pay homage to Schumacher, including seven stars for his seven F1 wins and his initials on the lap timer crown and case back.