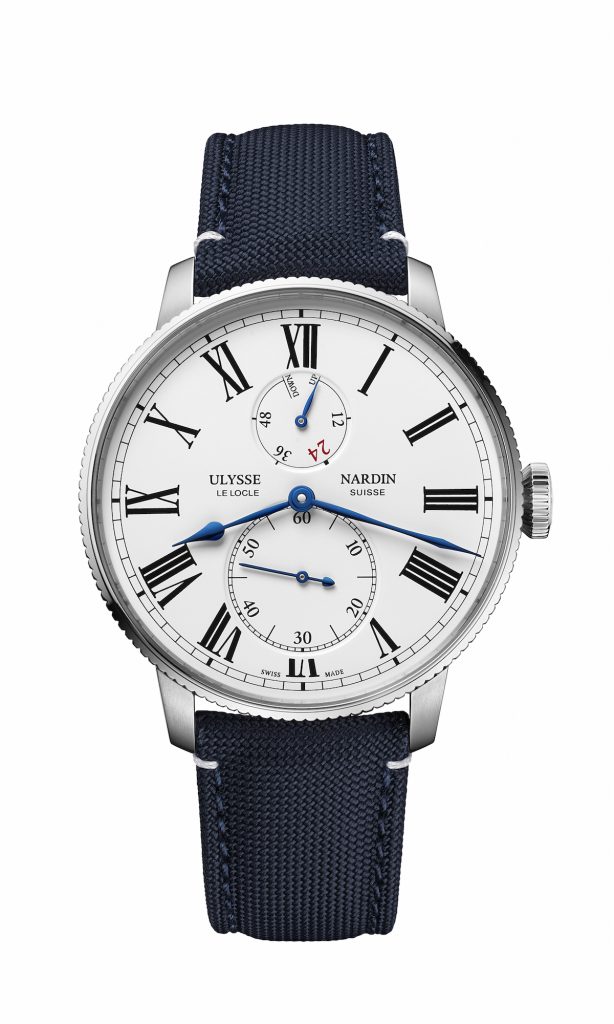 This past weekend in Annapolis, Swiss watch brand Ulysse Nardin unveiled its new  Marine Torpilleur Military Semper Fortis US Navy edition watch that celebrates the brand’s long-standing partnership with the US Navy by supplying on-board deck chronometers. The relationship began in 1905, when   the Washington Naval Observatory devised a competition for ‘Precision Torpedo Boat Timepieces’ in an effort to find a supplier of on-board chronometers for the UN Navy. The goal was to provide the torpedo boats with an hour of reference as accurate and reliable as those on the largest naval vessels. Ulysse Nardin won the competition several years in a row and became the official supplier of the American Navy. 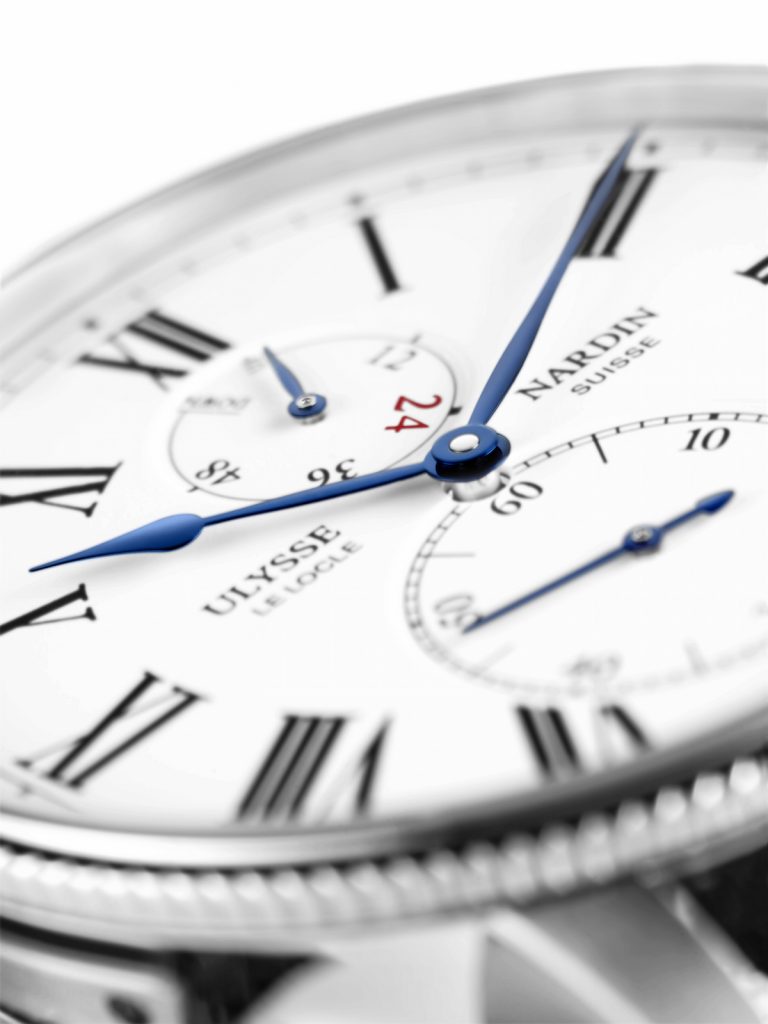 The new  Marine Torpilleur Military Semper Fortis watch features the US Navy motto,  “Semper fortis” — “always strong” – on it. The watch is being built in a  limited edition of 173 pieces – for the 173 years since Ulysse Nardin founded the company. The 44 mm  chronometer is water-resistant to 50 meters, features a sapphire crystal and the white dial is embellished with blued hands that are identical to early Ulysse Nardin chronometers. The watch is powered by the COSC-certified UN-118 automatic-winding movement, which uses Ulysse Nardin’s cutting-edge silicon technology and has a 60-hour power reserve. The number “24” is written in red on the dial to indicate the power reserve and is  reference to the warning system on the original marine chronometers.  The transparent caseback is laser engraved with “US Limited Edition” and the “Semper Fortis” motto. The watch also features an over-sized crown, Roman numerals and a large small second indication. Unveiled at the Congressional Medal of Honor Convention in Annapolis, where Ulysse Nardin was a “Stars & Stripes” partner, the watch is exclusive to America and retails for $7,900. 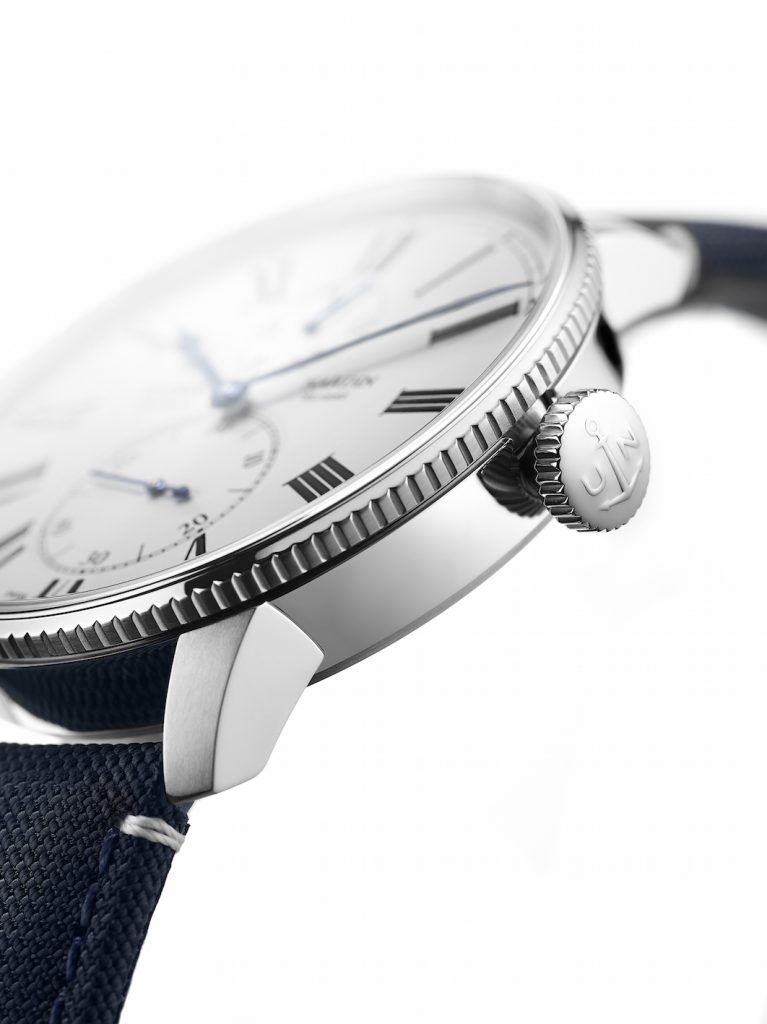 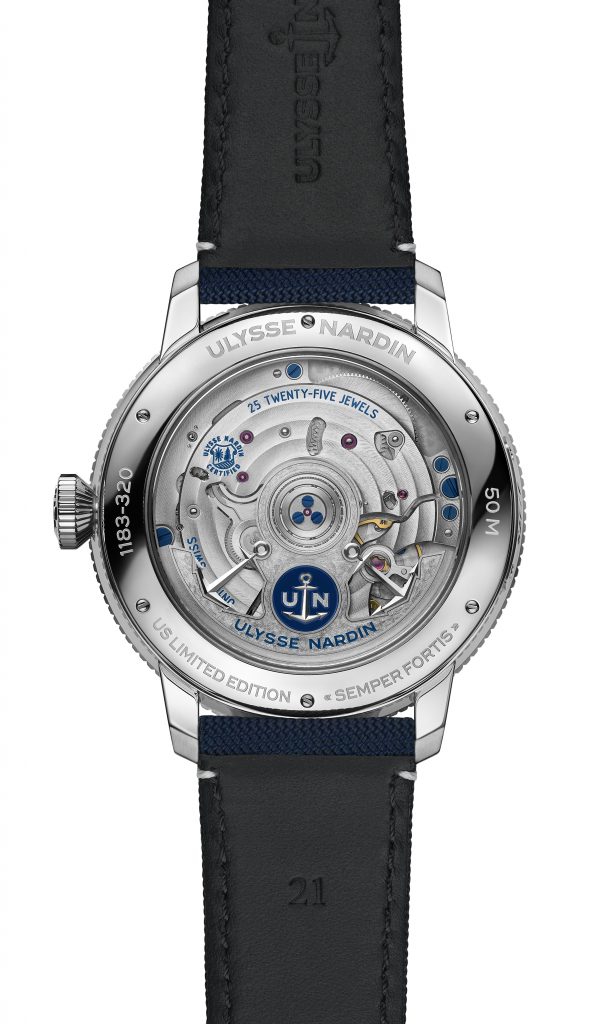