Introducing the Piaget Year Of The Rabbit Watch 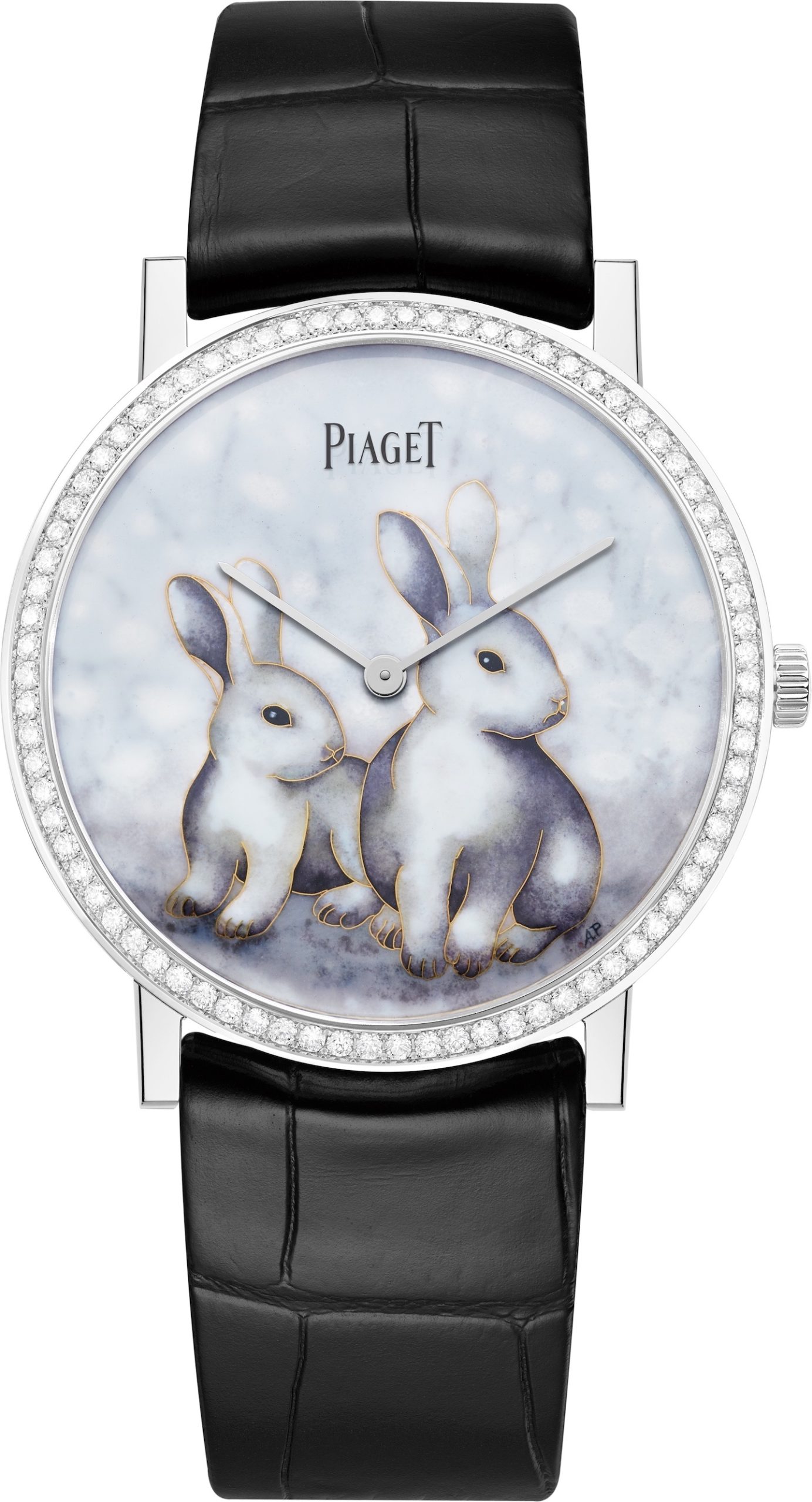 With the Chinese New Year almost upon us (January 22, 2023), it’s a great time to take a closer look at one of the luckiest signs in the Chinese zodiac: the rabbit.  As top luxury brands release their newest limited edition “rabbit” watches, we find that some are whimsical, some are fun, some are vivid, but perhaps none is a as realistic as the hand-painted dials on the new Piaget Altiplano Grand Feu Cloisonne’ enamel watch.

A true tribute to  Chines culture, Piaget has been creating zodiac watches since 2012. This year marks the final  zodiac sign in the series of 12. It is somewhat fitting since his animal symbolizes hope and long life. 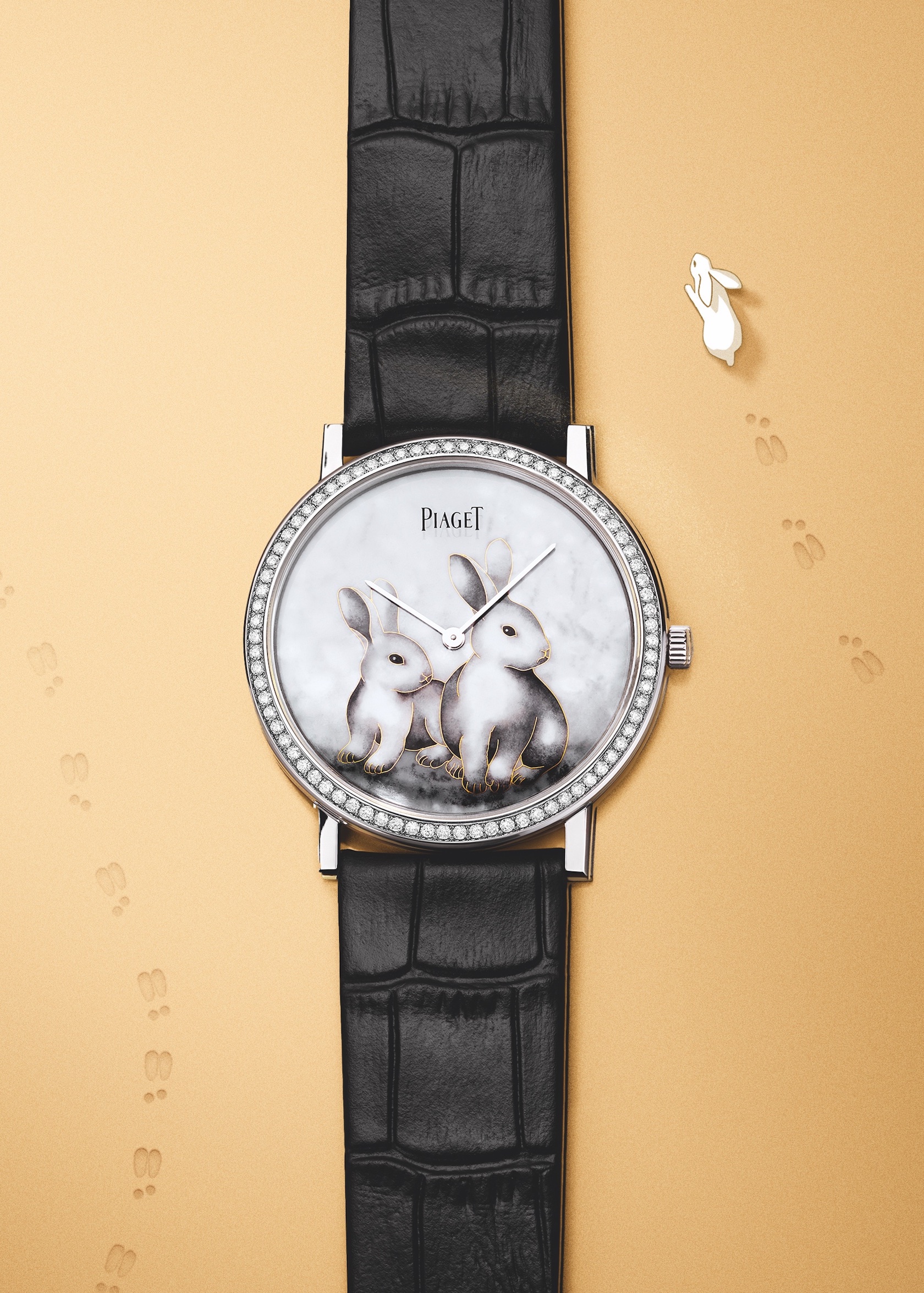 The Piaget Altiplano Year of the Rabbit watch is hand painted by Anita Porchet.

To create the two incredibly realistic looking rabbits on the dial of its Year of the Rabbit watch, Piaget turns to one of the most well-known and well-respected master enamellers in the world: Anita Porchet (with whom they have worked since 2006 on different projects).  Just 38 pieces will be made – each depicting two rabbits outlined in gold and hand painted using grand feu enamel technique.  The mesmerizing white bunnies are hand pointed with bits of gray fading to black around the paws, back and ears. They sit against a white almost-marbleized background and feature cabochon eyes. So prefect is the craftsmanship, that you would think you were staring at real rabbits.

The 38mm individually numbered watches are crafted in 18-karat white gold and boast a bezel set with 78 brilliant-cut diamonds. The watch is powered by Piaget’s ultra-thin manual-wind 430P mechanical hand wound movement that offers 43 hours of power reserve. The movement is so thin that, when cased, the watch measures just 6.6mm thick – translated: a quarter of an inch thick. It is finished with a black alligator strap. It retails for $71,000. 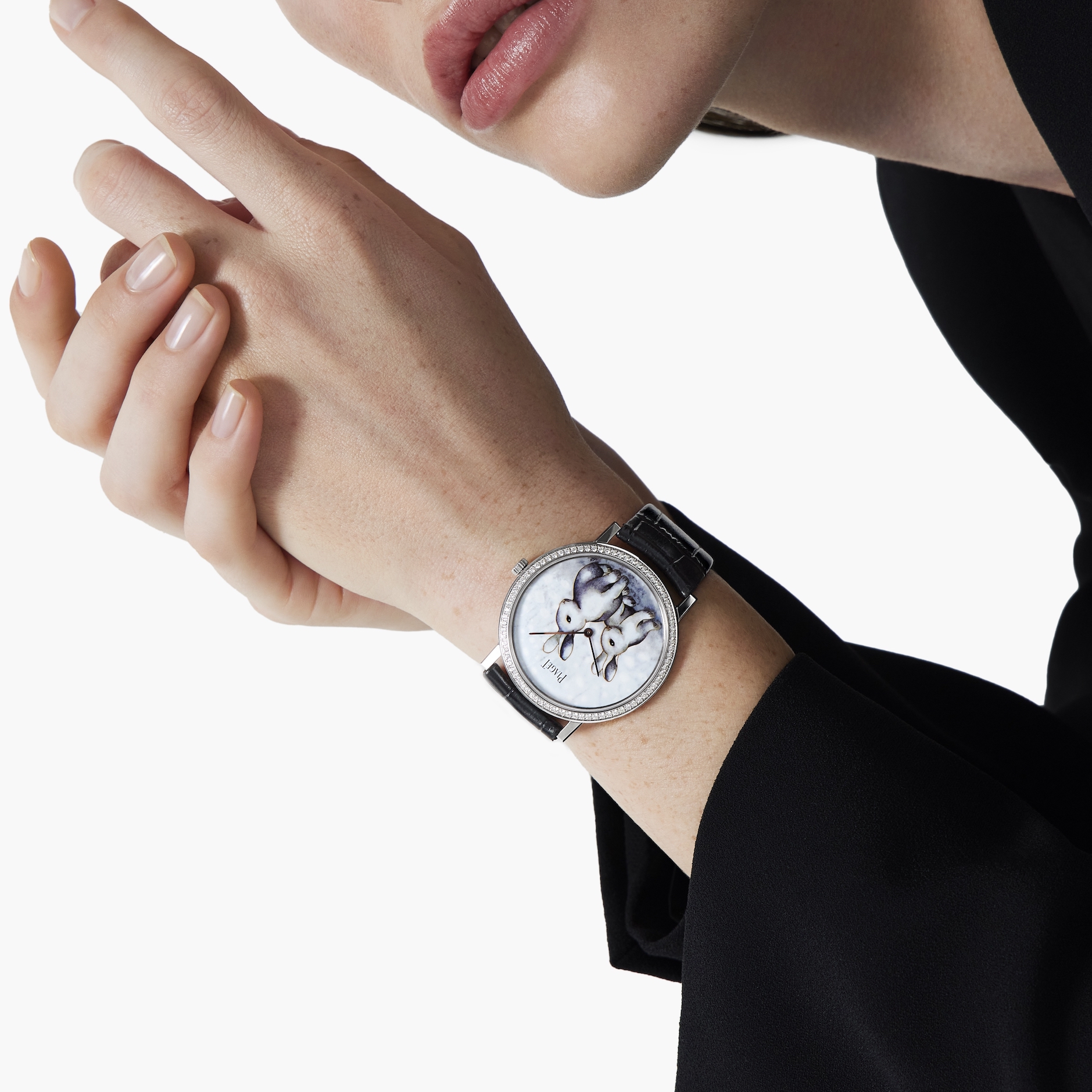 Just 12 of the Piaget Altiplano Year of the Rabbit watch will be made.

Introducing The Vacheron Constantin Year Of The Rabbit Watch
January 17, 2023