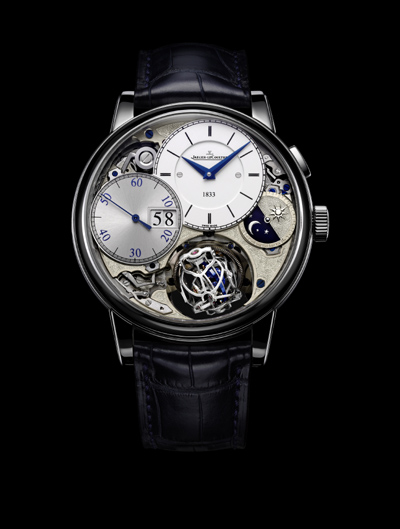 As mentioned here a couple of days ago, Jaeger-LeCoultre celebrates its 180th anniversary this year, and as such it unveils the 10th watch in its Hybris Mechanica series of Grande complications – the Master Grande Tradition Gyrotourbillon 3. The watch features a flying spherical tourbillon and – for the first time – an instantaneous digital display chronograph. It is, in fact, the masterpiece of the “Tribute to Antoine LeCoultre” Jubilee trilogy. 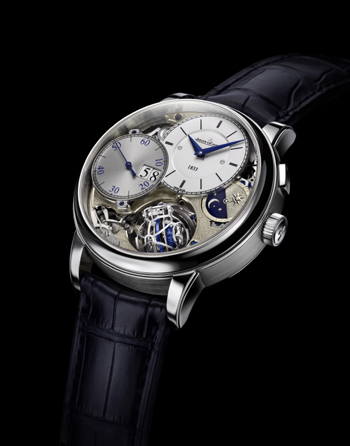 The absence of an upper bridge makes this watch mesmerizing.  It is composed of two carriages, respectively rotating in one minute and 24 seconds – meaning 2.5 times a minute – and is accomplished not only thanks to the inventiveness of the engineers and watchmakers of the Manufacture, but also to the use of cutting-edge equipment such as the five-axis machining centre. Finally, ultra-light materials such as aluminium are all that would suffice to achieve the authentic micromechanical feat of an ensemble composed of just about one hundred parts and yet weighing less than one gram. 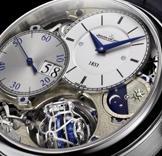