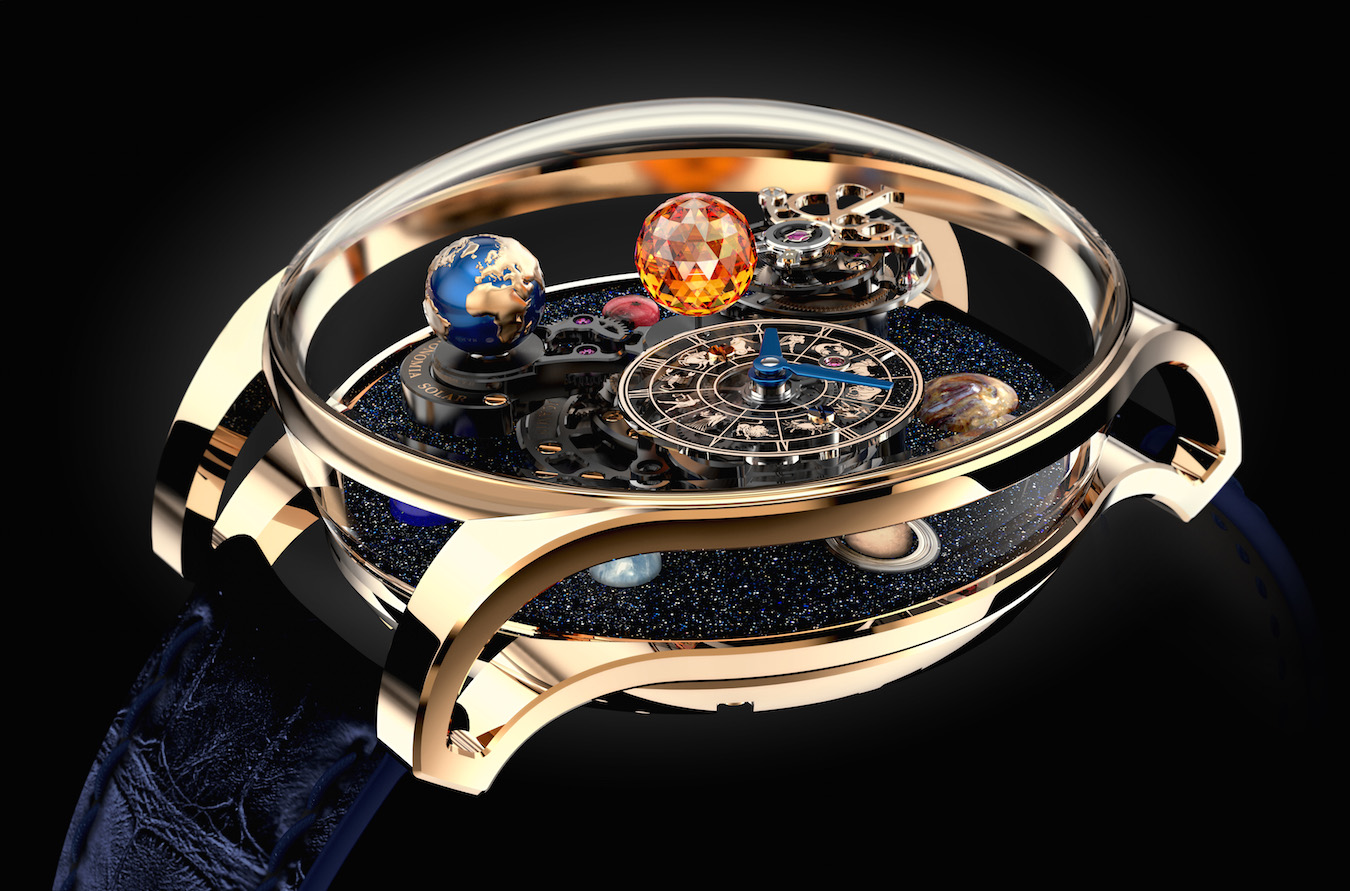 It was just about three years ago that Jacob & Co. unveiled its first Astronomia watch — with a view of the sky on the wrist. Since then, the brand has evolved the Astronomia line time and again with sophisticated versions — but it is the newest model- being released at BaselWorld 2017 that steals the limelight. The Jacob & Co. Astronomia Solar watch is a vision of the solar system in ultimate, constantly rotating, beauty.

Brace yourselves, because this is a bit technical, but well worth the read. The newest Jacob & Co. Astronomia Solar watch, powered by a new movement, was two years in the making. It depicts eight planets on the dial: a three-dimensional hand-engraved globe that represents Earth, as well as Mercury, Venus, Mars,Jupiter, Saturn, Neptune and Uranus. There is also a 1.5-carat 288-faceted Jacob-Cut(R) citrine that depicts the sun.

What makes these planets vastly more interesting is the fact that they are constantly rotating, much like our solar system. We will bring you more on that momentarily. But first, back to what the watch offers in addition to the depiction of the solar system. The watch depicts: Hours and minutes on a subsidiary dial (sapphire); 60 seconds flying tourbillon bi-axial; 60 seconds rotating Earth and a bi-directional movement. 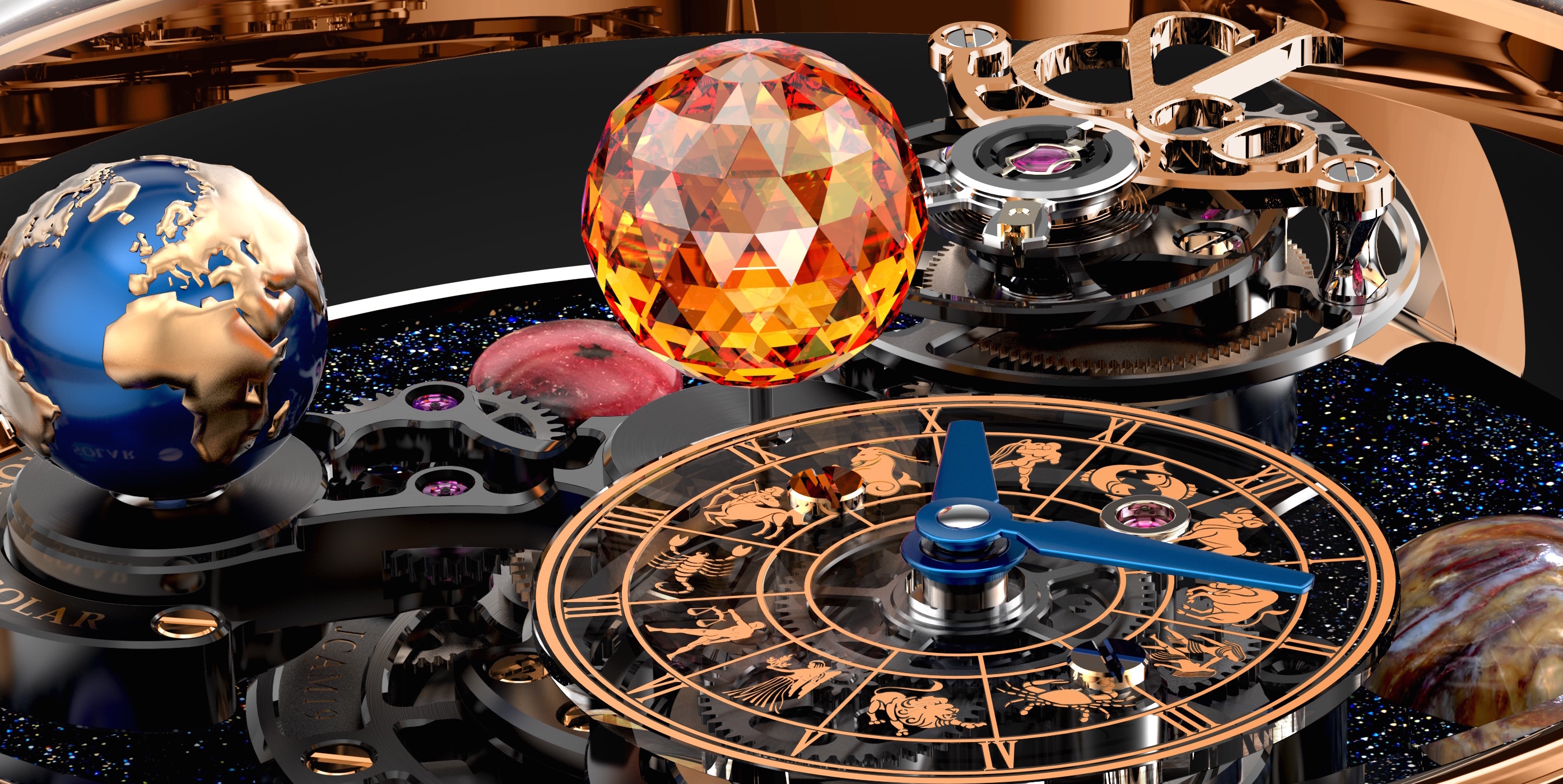 The Movement of the Jacob & Co. Astronomia Solar Watch

The 439-part bi-directional movement rotates clockwise to complete a full 360 degree revolution in just 10 minutes, while its alluring aventurine base rotates counter-clockwise 360 degrees in 10 minutes — ensuring the planets’ continual orbit. The Jacob & Co.caliber JCAM19 is equipped with 3 arms: 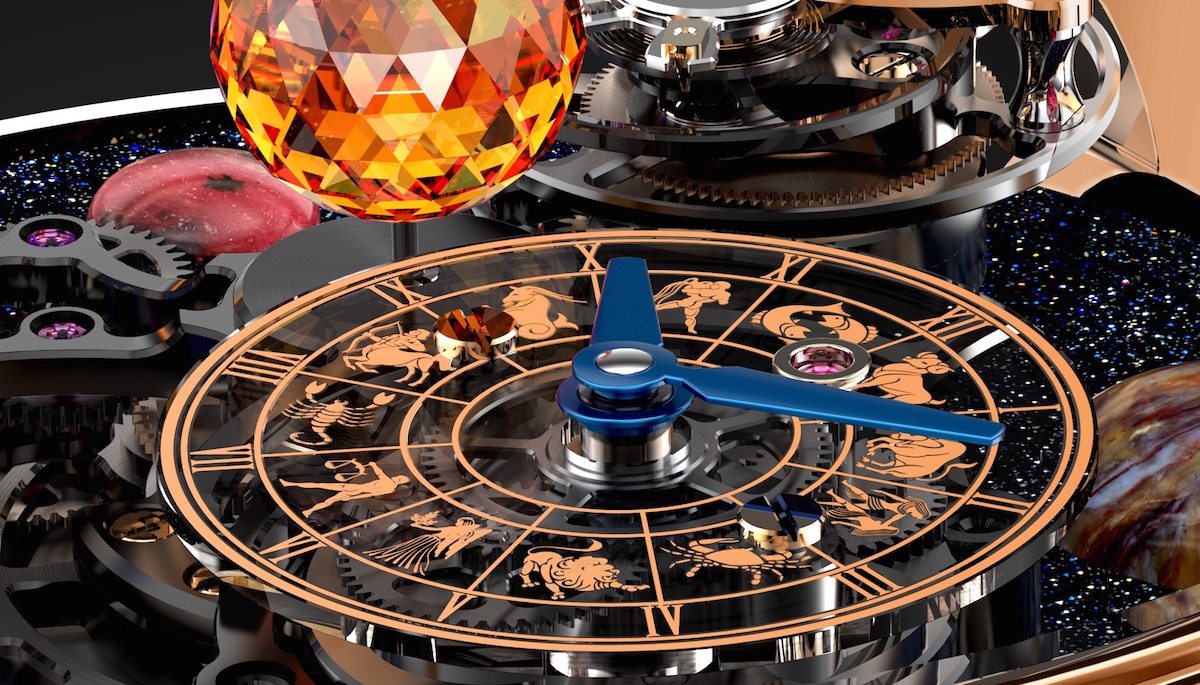 The Jacob & Co. Astronomia Solar features a sub-dial in sapphire that depicts the hours and minutes, as well as the astrological signs.

PRICE: On request, though it will be announced at BaselWorld 2017