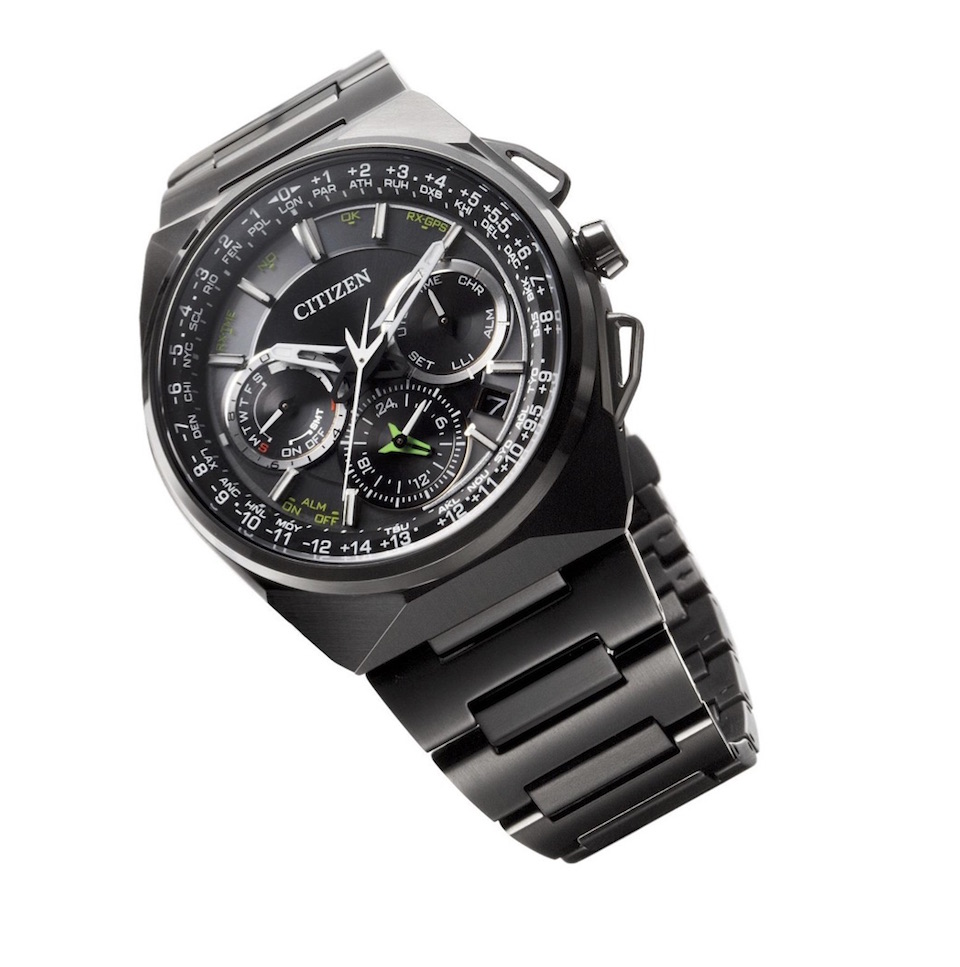 Last week,  at its flagship store in Times Square, Citizen Watch Company unveiled the Limited Edition Satellite Wave F900. during an evening of Space-related events.  Among those who made presentations about time, satellites and more were Brian Greene, professor of physics and mathematics at Columbia University and Oded Aharonson, professor of Earth and Planetary sciences at the Weizmann Institute of Science in Rehovot, Israel.

The presentations of the two scientists helped frame the context of the remarkable innovations found in the latest watch from Citizen.  It also served as a reminder of just how important accurate time keeping is, and what that means for advancements in science. 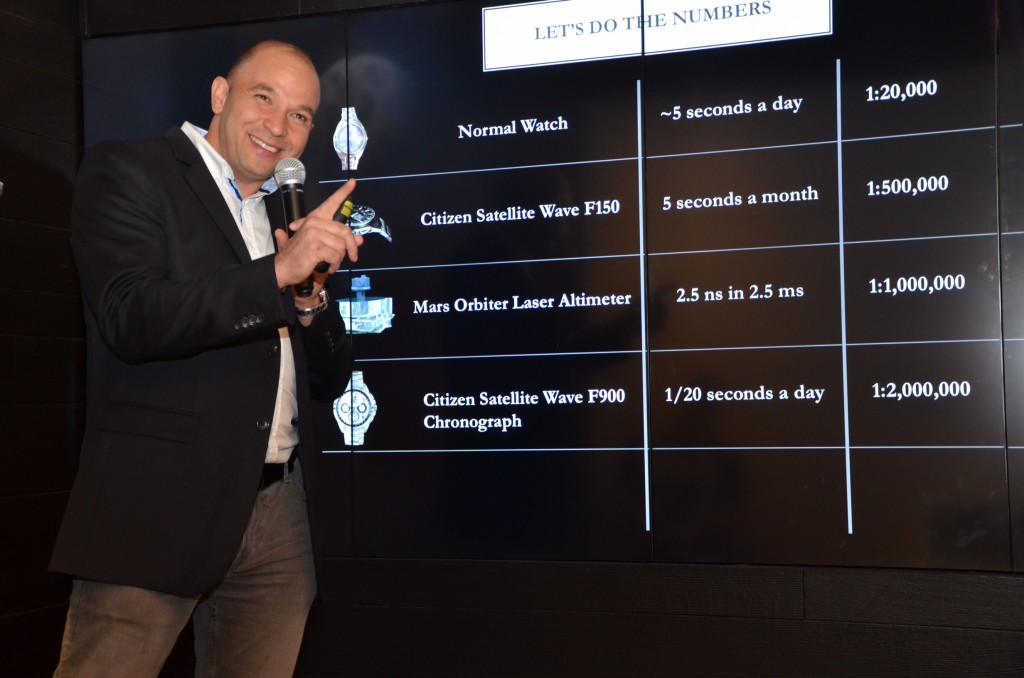 The F900 Satellite Wave boasts several claims, and each is more intriguing than the last, with the key theme of the piece revolving around speed and accuracy. The Satellite Wave technology was first introduced by Citizen in 2011 and today’s models are able to geo-locate in half the time of the first releases. The F900 features the world’s fastest satellite signal reception at 3 seconds. A high speed twin coil motor allows the hands of the watch to spin in both directions to capture time changes between zones and helps visually capture the speed of the watches transition.

Additionally, the F900 also takes advantage of GPS satellites and using triangulation, is able to receive position information in as little as 30 seconds. The watch itself is constructed of Super Titanium which is 40% lighter than stainless steel and 5x harder than untreated stainless steel.   The titanium has been hardened through a patented process, Duratect, by Citizen to ensure scratch resistance and help make the watch suitable for everyday wear. There were scratch boards on hand in the store for onlookers to test the claim and while the samples of stainless steel showed wear and tear, Citizen’s titanium looked as good as new. 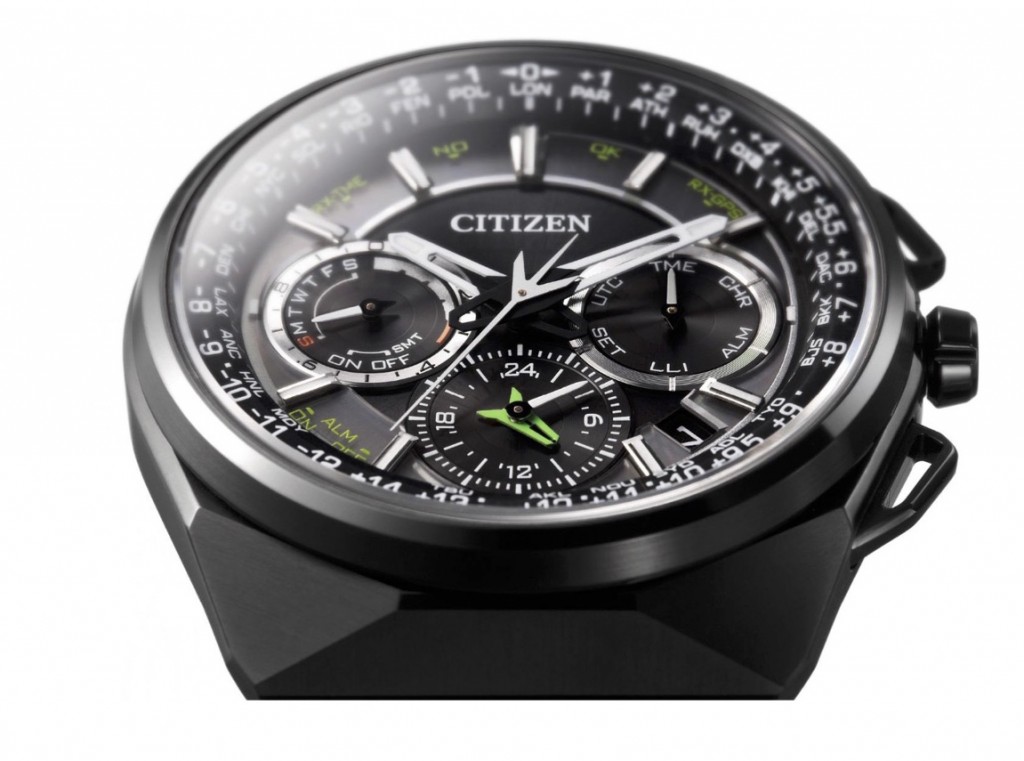 The watch is crafted in specially made scratch-proof titanium

The chronograph function of the piece delivers highly accurate 1/20-second measurement for up to 24 hours. Rounding out the list of complications the dual time zone feature boasts 40 selectable time zones and is able to display both a primary and secondary time simultaneously and can instantly switch between the two, there is a perpetual calendar, alarm, and light level indicator.

The 45mm watch is also the world’s thinnest satellite watch to boot. Citizen’s well known Eco Drive technology powers the watch and when the solar receptor is fully charged the power reserve last somewhere around 18 months. when compared to other watches in the category. The mantra of the company is ‘Better starts now’ and after trying the piece on I would have to agree. 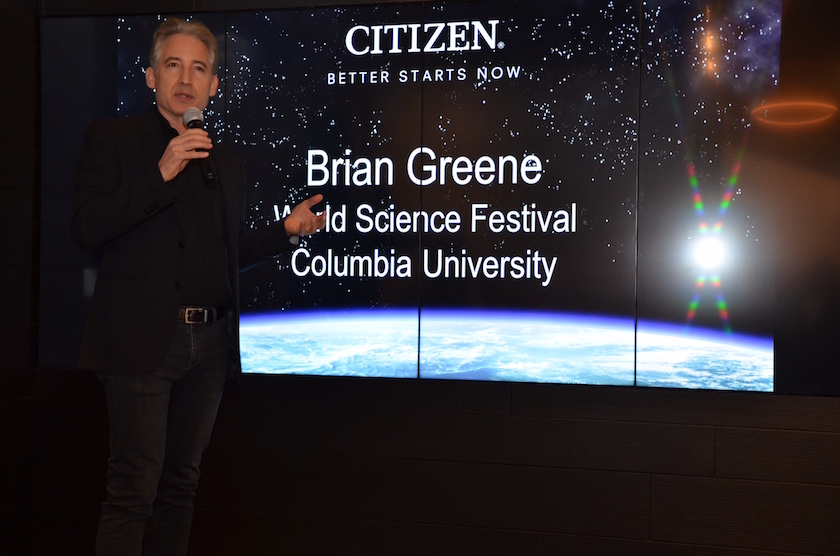 I Went To The Seaglass Rose’ Experience With Corum, Here’s What Happened
November 3, 2015