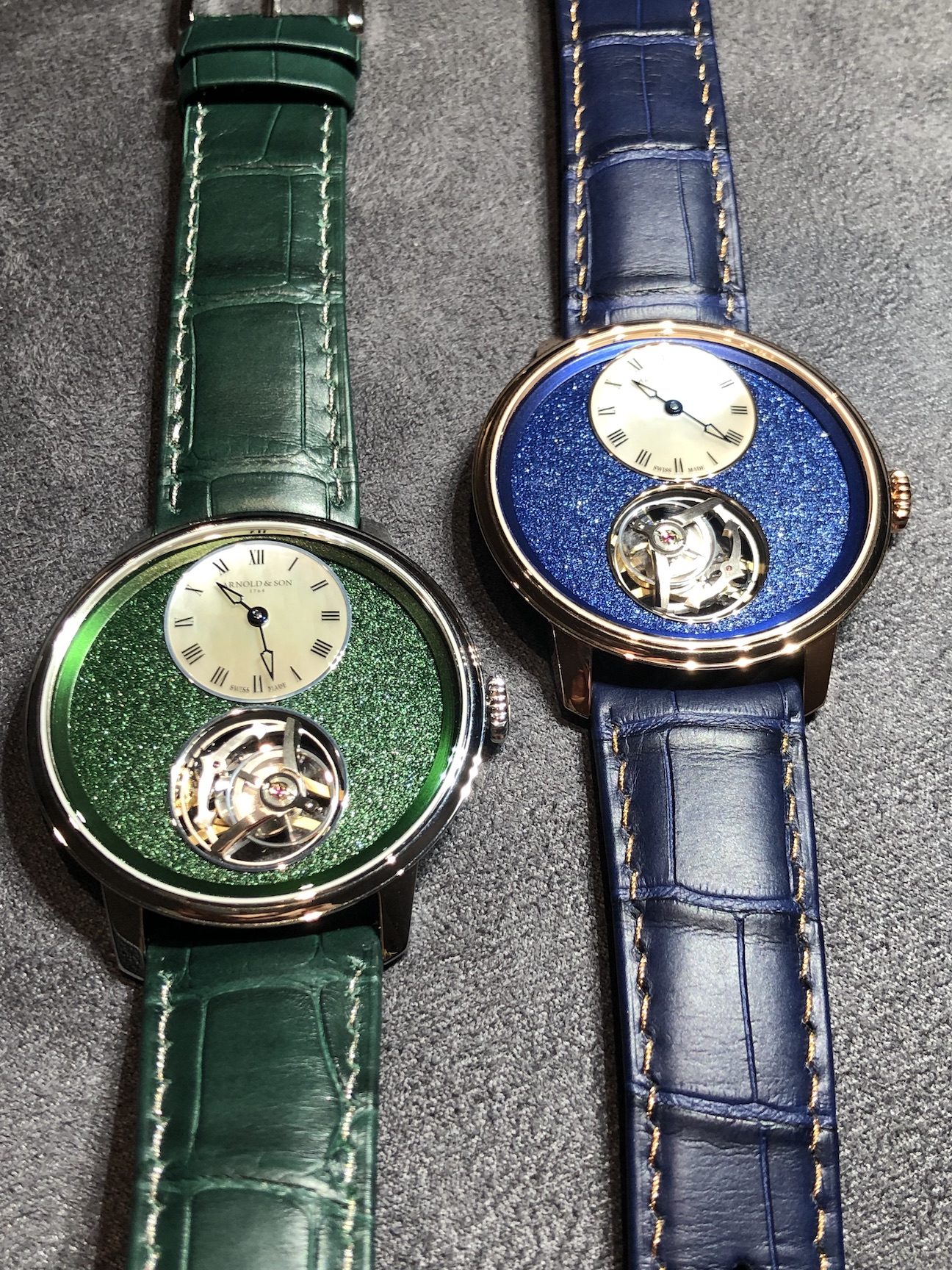 Newly released by Arnold & Sons are two ultrathin tourbillons, one in  18-karat 5N rose gold and the other in 950 platinum. As sophisticated as the complication and as special as the rare metals used for the pieces, the artistic finishings take the watches to the next level of the intersection of art and horology. The end result is a technically stunning and beautifully finished piece as befitting a product produced by the renowned manufacturer.

For its Ultra-Thin Tourbillons (lovingly referred to as UTT), Arnold & Son uses a technique referred to as ‘Cosmic Grené.’ The term is used as a reference to star gazing and the historical link with nautical guidance by the stars, as well as offering a nod to where Arnold & Son got its start — John Arnold and marine chronometers. This Cosmic Grene’ technique is accomplished by creating a sand blasted effect on the dial via a gold powder mixed with aluminum. This mix is then colored blue for the 5N rose gold dial or colored green for the 950 platinum dial. The final effect is boldly mesmerizing. 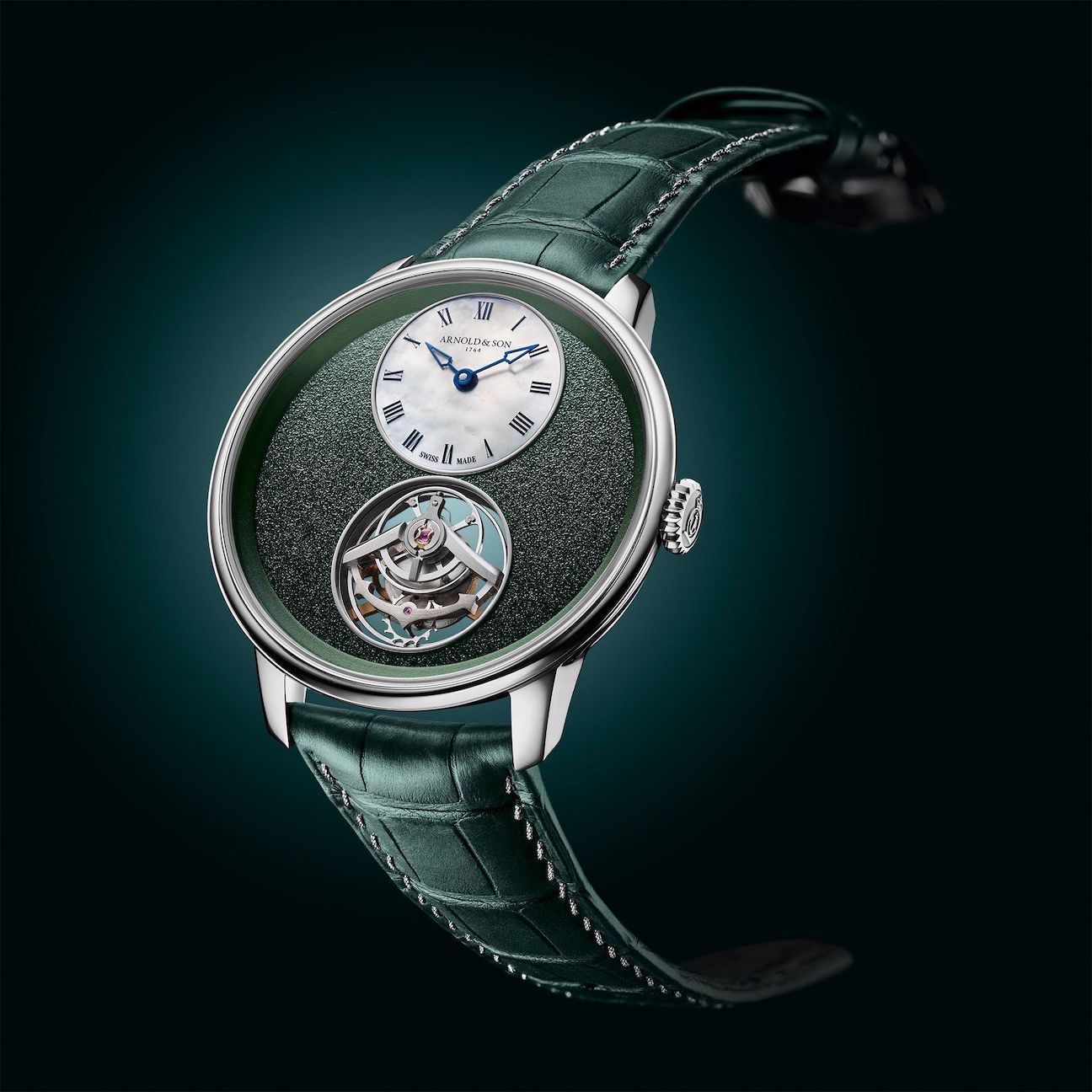 The offset time display and tourbillon aperture on the dial are meant to evoke elements of how information was arranged on John Arnold’s marine chronometers. The Ultrathin Tourbillon measures just 8.3 mm thick and the dial sits underneath a domed sapphire crystal. The case measures 41.5 mm and the bezels have been shortened to fine metal bands to allow more dial exposure. The watch also boasts a sapphire case back for viewing of the finely finished movement.

The piece is powered by the A&S 8300 calibre and at just 2.97 mm thick, the tourbillon is among the slimmest ever produced. The highest point of the calibre which is the top of the tourbillon carriage boasts a variable inertia balance with inertia blocks to help with stable calibration over time. Again tapping into the nautical history of the brand, the redesigned tourbillon carriage has a triangular shape meant to resemble a sextant, while the double arrow counterpoise is meant to represent an anchor. The point in the middle also is meant to serve as a seconds marker as the tourbillon completes a full rotation once per minute. 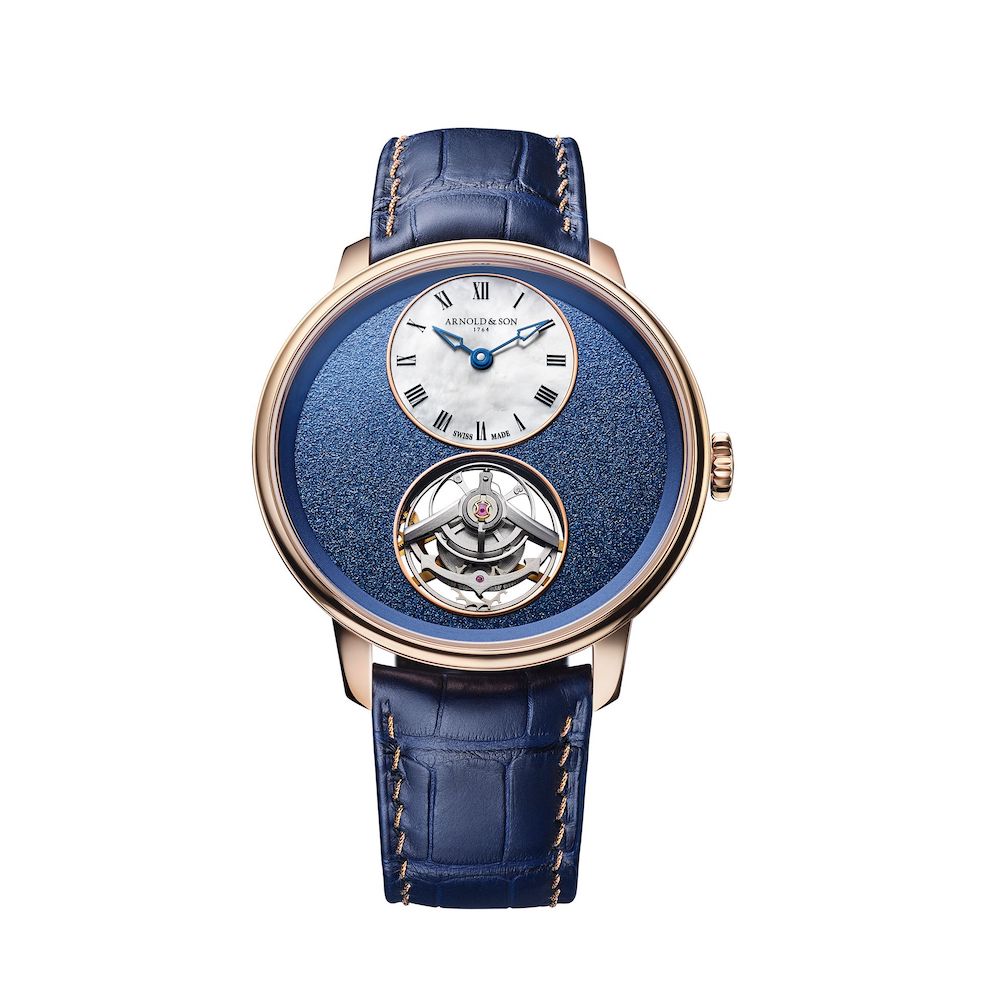 Turning the piece over reveals a new rear tourbillon bridge finished in 3N yellow gold, which matches the gear train and is meant to pop visually against the rest of the calibre. Additionally updates and modifications have brought the power reserve to a robust 100 hours. The new UTT watches will be limited to 28 in each metal and will retail for CHF 73,300 for the red gold and CHF 85,100 for the platinum. 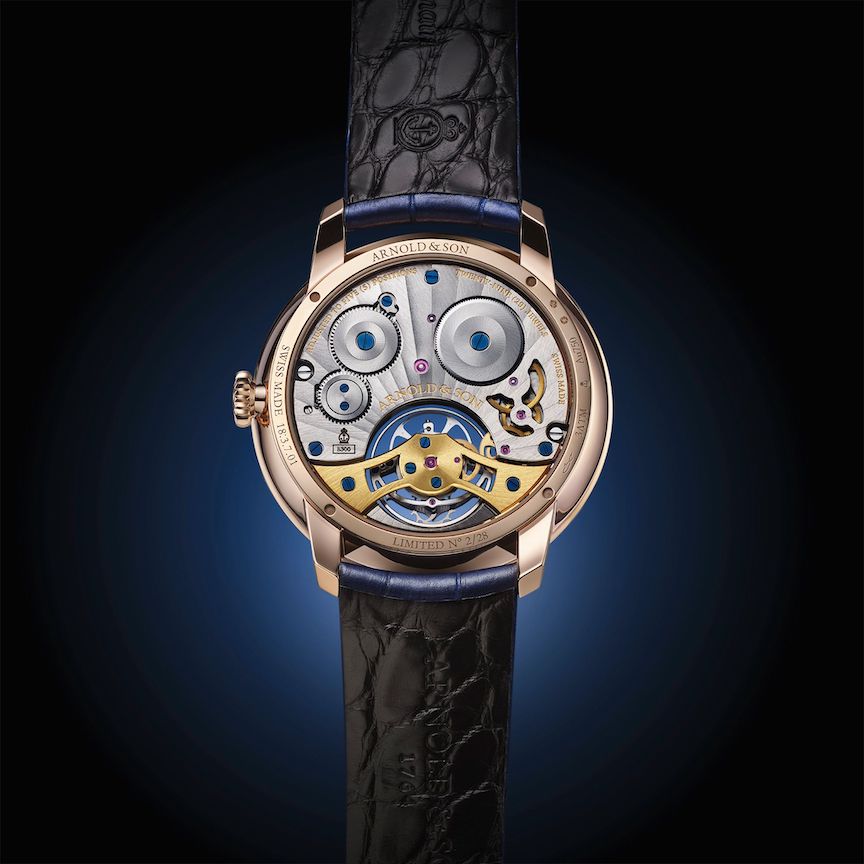 bridges: polished and chamfered by hand