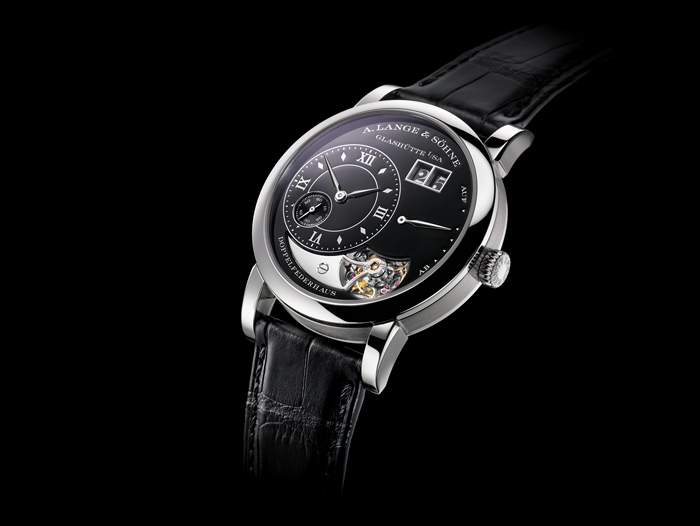 Not too long ago, during our week on German Watches, we wrote here about how A. Lange & Sohne re-established itself post-Berlin Wall – becoming a force with which to be reckoned in the luxury watch industry today. While we have a lot to tell you about the brand’s 20th anniversary of the Lane 1 — celebrated this past weekend in Dresdent — we also want to fill you in on the details — so be patient.

If you love history and Lange, you may first be very interested in the four-and-a-half minute video below that brings us from 1945 to date – and outlines the rebirth of A. Lange & Sohne – it is a video worth watching.
It was in 1994 that the brand released its first Lange 1 watch to the world – a watch that has become an icon ever since. Thus it comes as no surprise that it is the Lange 1 that kicks off the brand’s 20th. 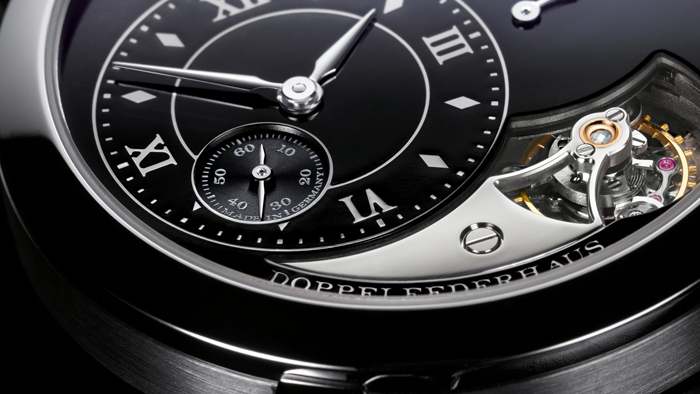 A close up look at the dial.

A. Lange & Sohne celebrated the 20th anniversary of its iconic Lange 1 – by introducing several important new Lange 1 watches. Top among them: a special edition Lange 1 Tourbillon Handerkskunst in platinum. The superb watch features a one-minute tourbillon escapement nestled into a black enamel dial, and a patented stop-seconds mechanism – all wrapped up in a 38.5mm platinum case. 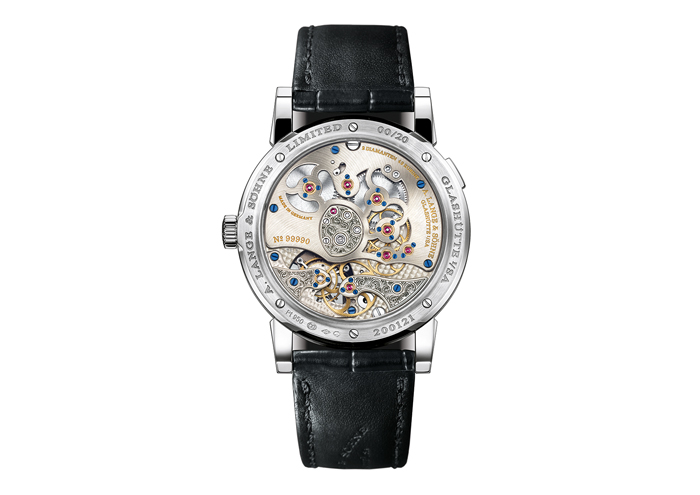 The movement can be viewed via a transparent sapphire case back.

Mirror-polished hour markers against the black dial make for a classically elegant appeal and complement the superbly polished tourbillon cock. The subseconds’ dial – made of black solid German silver – is slightly recessed into the main dial. The craftsmanship and finishings of the caliber L961.3 manufacture-made movement are visible via a sapphire case back that lets one admire the solarized three-quarter German silver plate and the decorated mainspring barrel. The tourbillon bridges and intermediate wheel cocks are elaborately engraved in a motif that clearly belongs to A. Lange & Sohne. Just 20 of this piece will ever be made. Retail: $221,700. 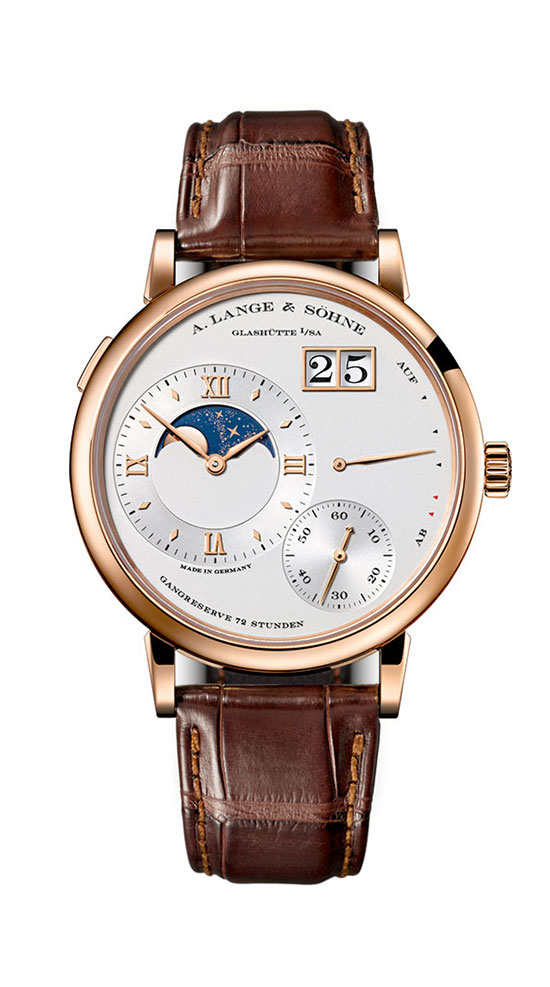 Additionally, the brand unveiled a new Grand Lange 1  Moonphase with big date, power reserve indicator and off-centered sub-seconds dial.  The brand also release a special set of his and hers Lange 1 watches in rose gold. Just five of these will be made. 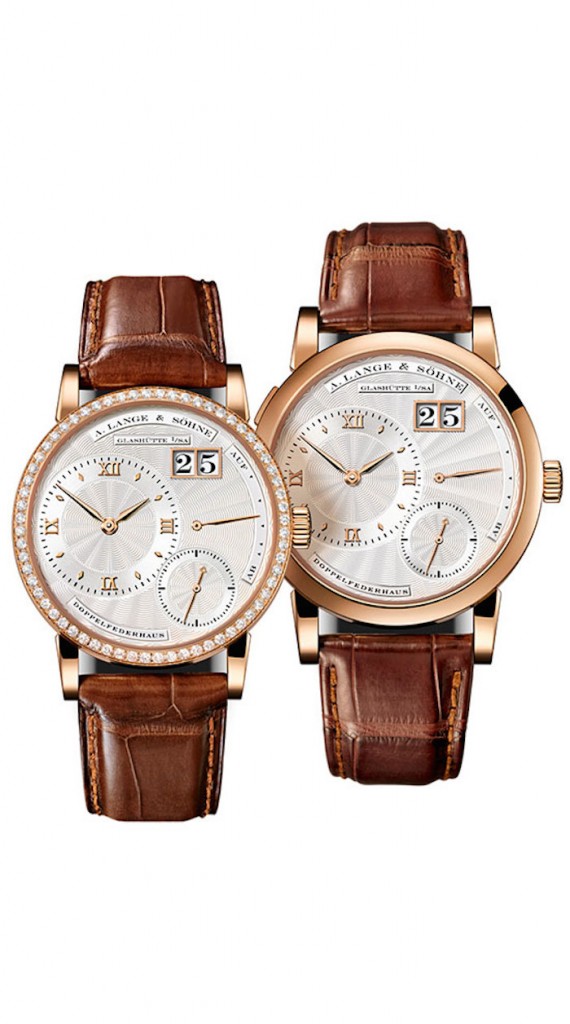