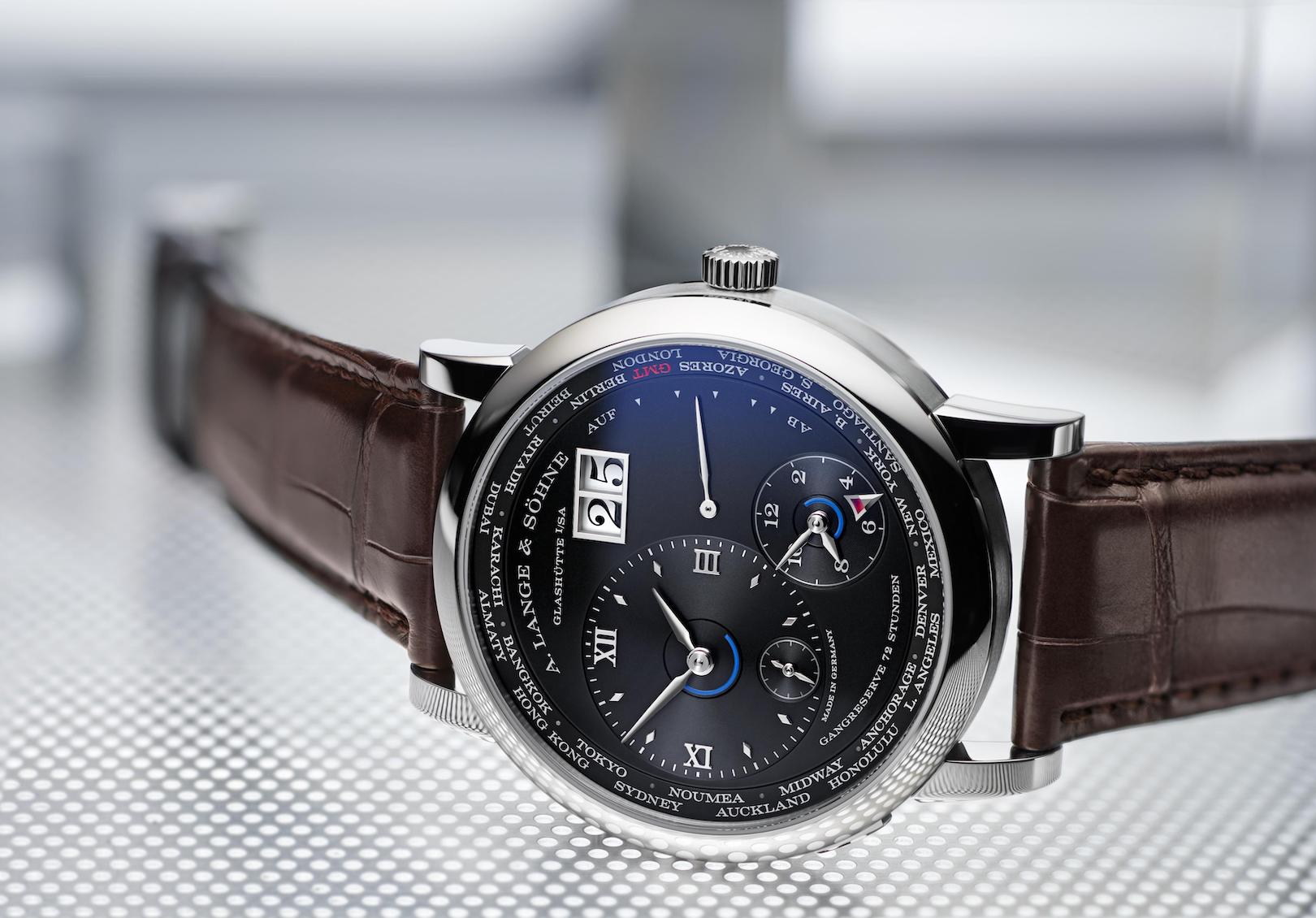 The new edition of the LANGE 1 TIME ZONE, equipped with a new manufacture calibre L141.1, combines functionality with clear readability.

I have had a great affinity for German brand, A. Lange  & Sohne, ever since the brand re-emerged on the market in the early 1990’s.  I remember sitting with the brand executives at the Basel Fair in 1994 and looking at the very first watches that were the result of Ferdinand Adolph Lange’s great-grandson Walter Lange’s courage and foresight. It was his idea to bring the once famed brand — which was expropriated after World War II — back to life. Now, A. Lange  & Sohne is firmly established in the Saxony region again — and has an incredible 65 calibers under its proverbial belt. Easily one of the most beloved collections is the Lange 1 timepiece and today, the brand releases the all-new Lange 1 Timezone watch.

Impressions Of The A. Lange & Sohne Lange 1 Time Zone Watch

It has been exactly 15 years since the brand unveiled its Lange  1 watch that took the world by storm thanks to its robust, yet sophisticated design. Now, the Lange 1 Timezone watch emulates that beloved design, but brings it to new heights with an all-new manufacture movement and second time zone indication. Remaining faithful to the codes of the Lange 1, with off-center hour/minutes dial and big date, the Lange 1 Timezone is remarkably clean and sophisticated — even with the world’s 24 time zones on the outer ring. 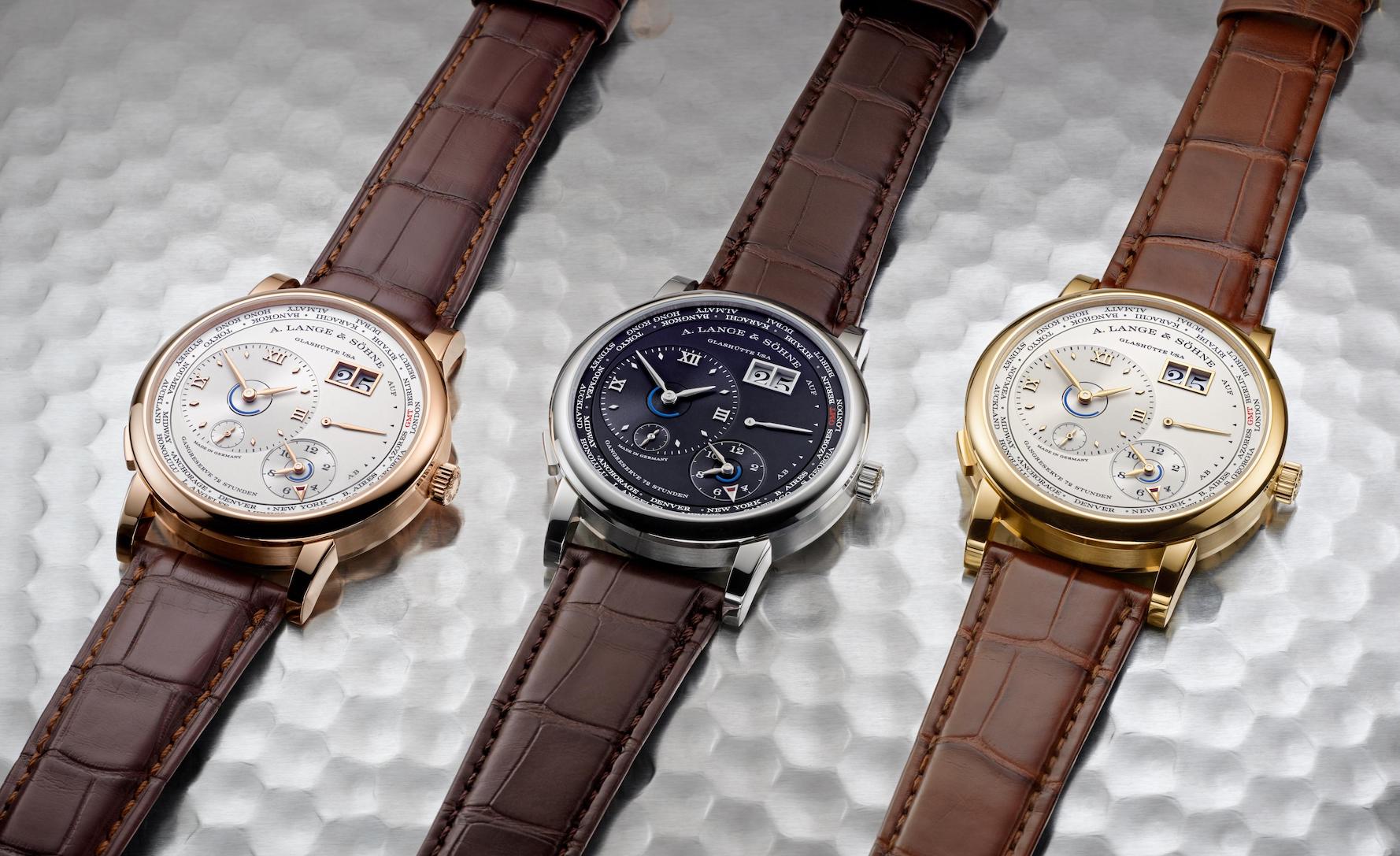 The new edition of the LANGE 1 TIME ZONE is available in three versions.

I love that the brand uses a simple ring-shaped indication to display the day/night feature because it brings a nice harmony and balance to the dial. Highly legible, the watch boasts the functions we love from the Lange 1, including the outsized date via a two-window aperture, and the power reserve indicator. It’s really the complete package in this watch — especially when you consider it’s got a new manufacture movement (more about that below). 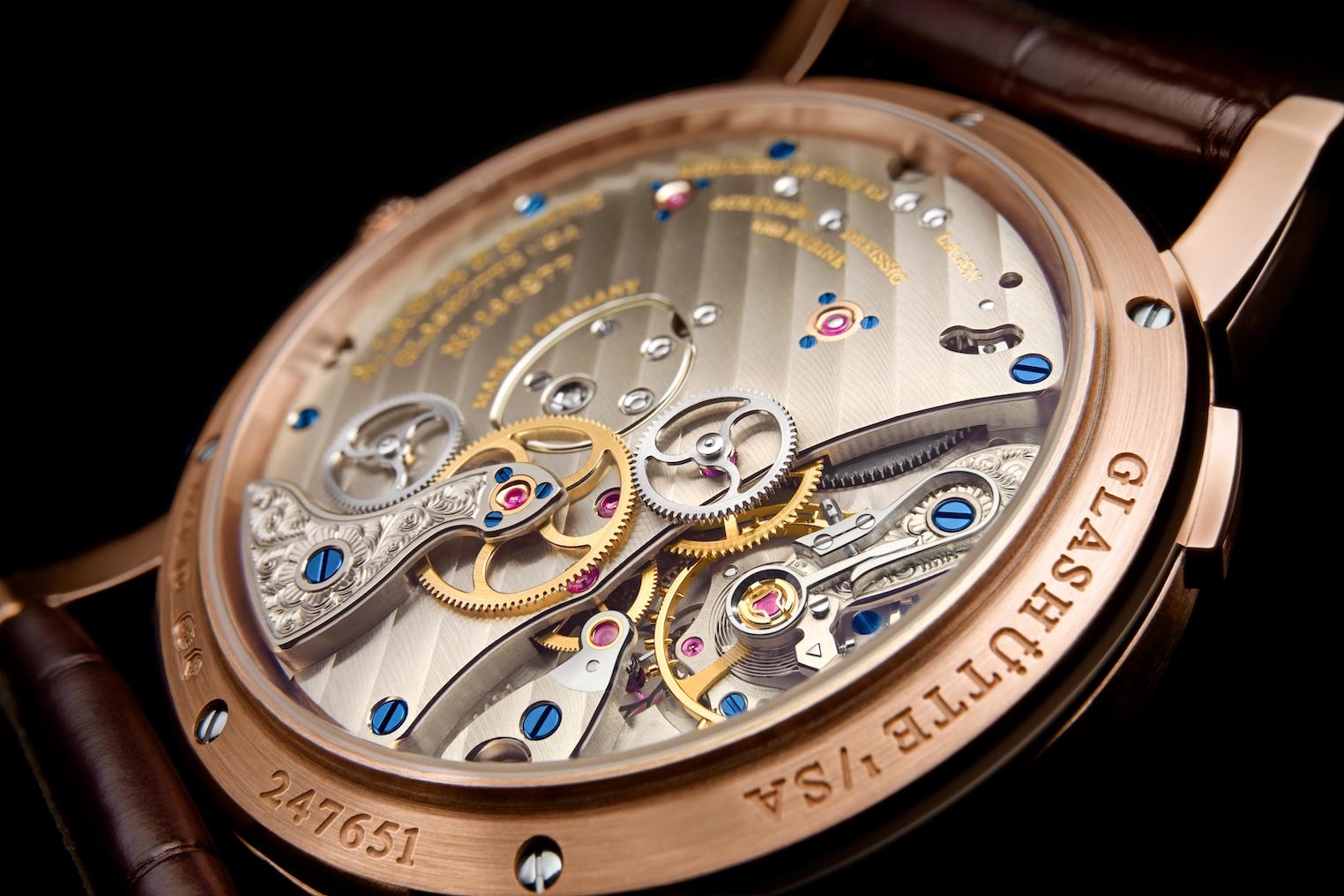 The new edition of the LANGE 1 TIME ZONE is equipped with a new manufacture calibre L141.1

The new manually wound Caliber L141.4 movement consists of an impressive 448 parts, and 38 jewels. It features a lever escapement, a shock-resistant screw balance, freely oscillating balance spring calibrated for 21,600 semi-oscillations per hour, and a single spring barrel that delivers 72 hours of power reserve. It’s a lot packed into a small space.

Naturally all of the fine finishes that we love in a Lange watch are there, including the artistic decoration of the movement and the incredibly hand-engraved balance and intermediate wheel cocks — visible via the transparent sapphire crystal.  As with all of A. Lange & Sohne’s movement, it is assembled twice. 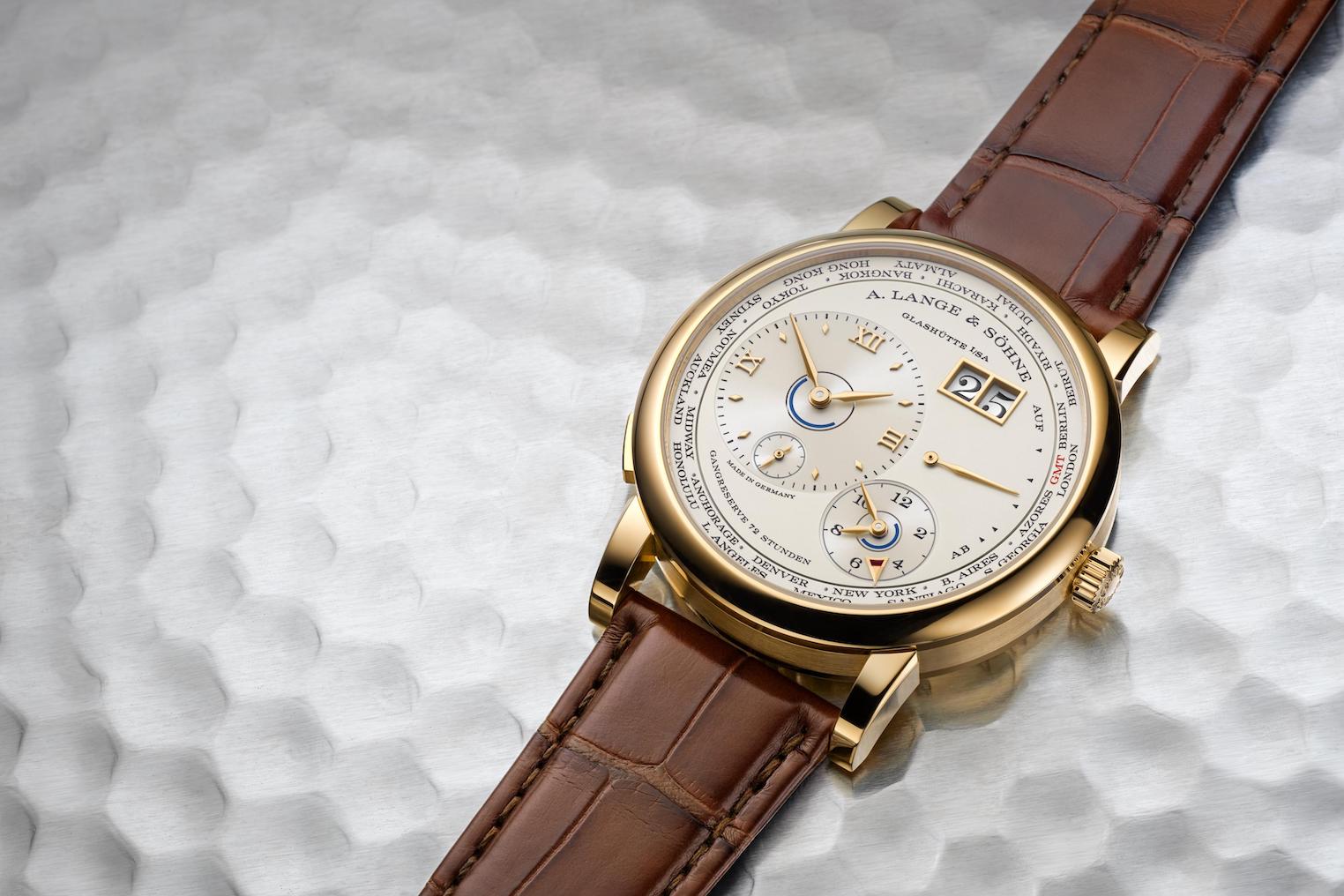 The yellow gold edition of A. Lange & Sohne’s Lange 1 Timezone watch is created in a limited edition of 100 pieces.

As mentioned, the new Lange 1 Timezone watch provides the time at home and the time in a second zone at a glance. Essentially, the smaller of the two time circles can be set to a second time zone by adjusting the city ring. When the time is adjusted with the crown, both displayed times are corrected simultaneously. Additionally, the day/night indicators are for home time and second zone time and are displayed in circular format  instead of via hands, as mentioned above.

Another innovative feature of this watch is that it displays Daylight Saving Time (DST) via a small aperture at the base of the gold arrow at 5:00 on the dial. A red aperture indicates that the city is in DST mode so the wearer can take that time difference into account.  If the aperture is bright instead of red, standard time applies. It is a magnificent feature that is accomplished via coding beneath the city ring. 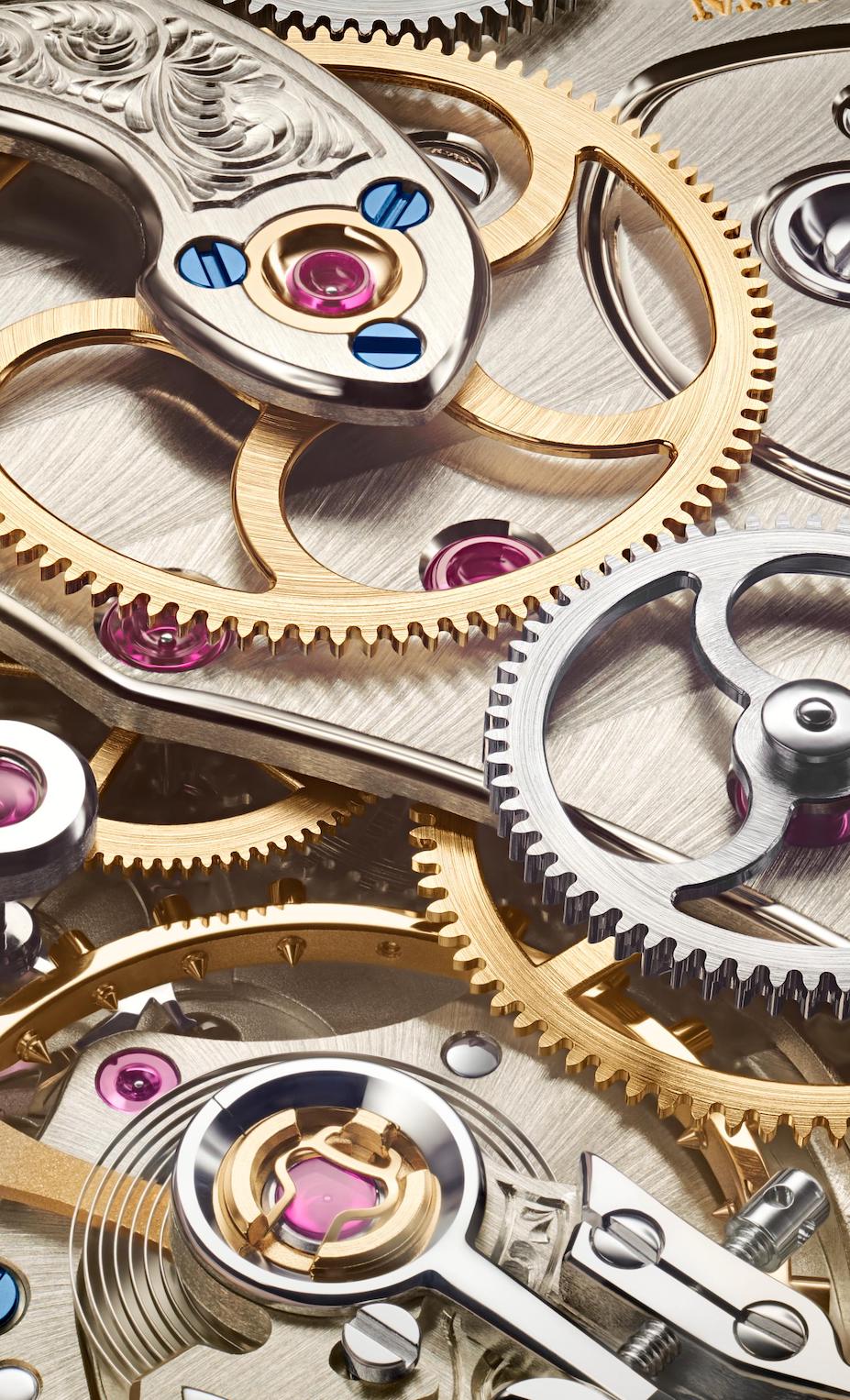 The Lange 1 Time Zone is meticulously finished in the style we are used to receiving from A. Lange & Sohne

To make the watch as user friendly as possible, Lange’s master watchmakers have made changing of time zones simple via a switchable city ring that jumps from west to east by one time zone with each press of a button at 8:00 on the case side.   At the same time, the hour hand in the small subsidiary dial advances by one hour to indicate the zone time of the city beneath the golden arrow appliqué at 5:00. The hands on the large numerals circle can be set to display the time at home or the time in another selectable time zone. To simplify the distinction, zone time is indicated with printed Arabic numerals while home time is indicated using Roman numeral.  The watch boast a synchronization mechanism to transfer zone time from the smaller to the larger dial.

In all, the Lange 1 Time Zone is easy to use, highly legible and gorgeous to look at. What more could you want?