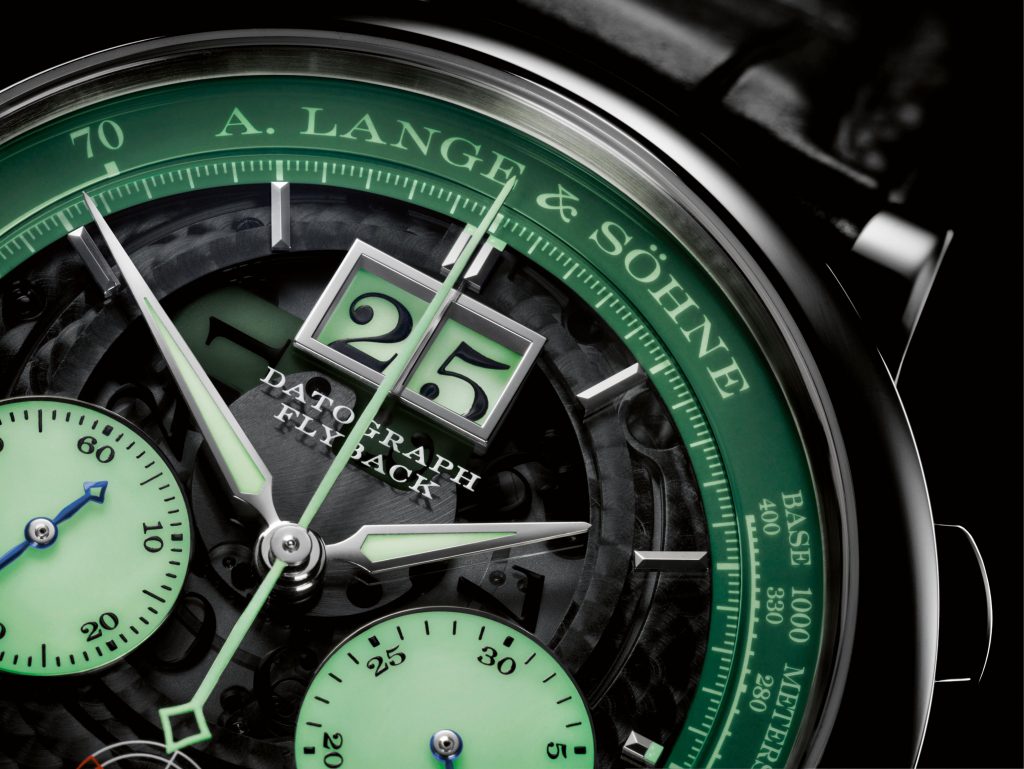 Taking a true classic and making it new isn’t always easy, but German watch brand A. Lange & Sohne makes it look easy time and again. Now the brand unveils a new twist to it beloved Datograph — releasing the platinum cased Datograph Up/Down Lumen. The Datograph, the brand’s first proprietary chronograph caliber with column-wheel design, jumping minute and flyback function was unveiled in 1999, and fast became an icon as a beloved timepiece by collectors. In 2012, A. Lange  & Sohne equipped that special Datograph with a power reserve indicator (60 hours) — releasing the Datograph Up/Down. Since then, there have been several entrancing updates to the Datograph Up/Down.   Now, the platinum version with Lumen dial — created in a limited edition of just 200 pieces, is destined for the same iconic status. 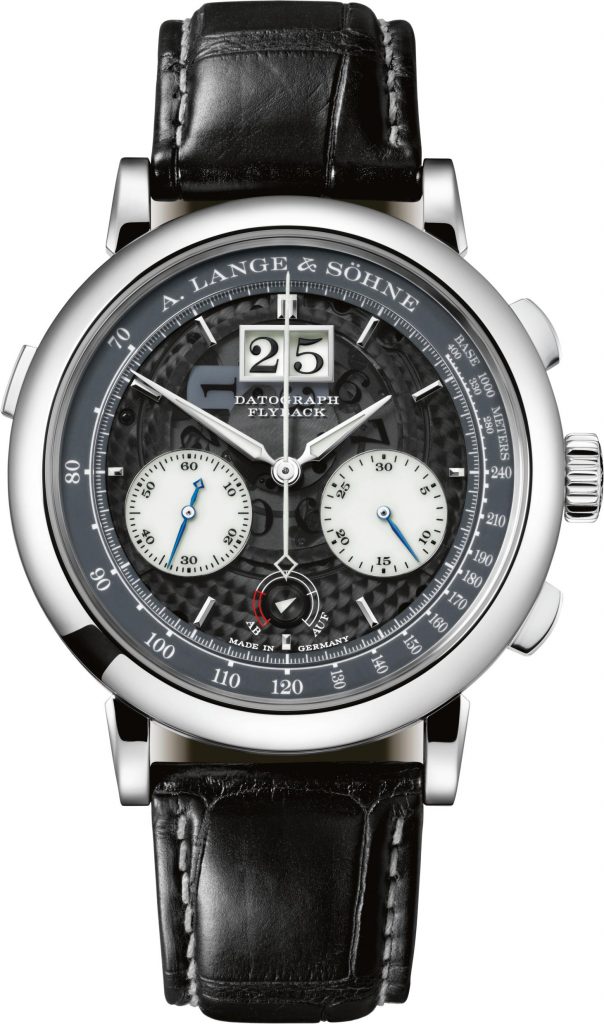 A. Lange & Sohne’s Datograph Up/Down “Lumen” is the fourth watch in the brand’s Lumen collection.

In the new timepiece, all indications are legible even in darkness, thanks to its semi-transparent dial and luminous displays. Key highlights of this watch are, of course, its beautifully balanced dial design, outsized date in double apertures and two subsidiary dials for the seconds and jumping minutes indications. The Lumen that glows in the dark and coats the hands gives off a distinct green hue. Additionally, the minute scale, the tachymeter scale, and power reserve arrow also glow green. However, the true attraction in the dark of this watch is the luminous over-sized date, that recharges during the day and glows just after midnight via a semi-transparent dial. 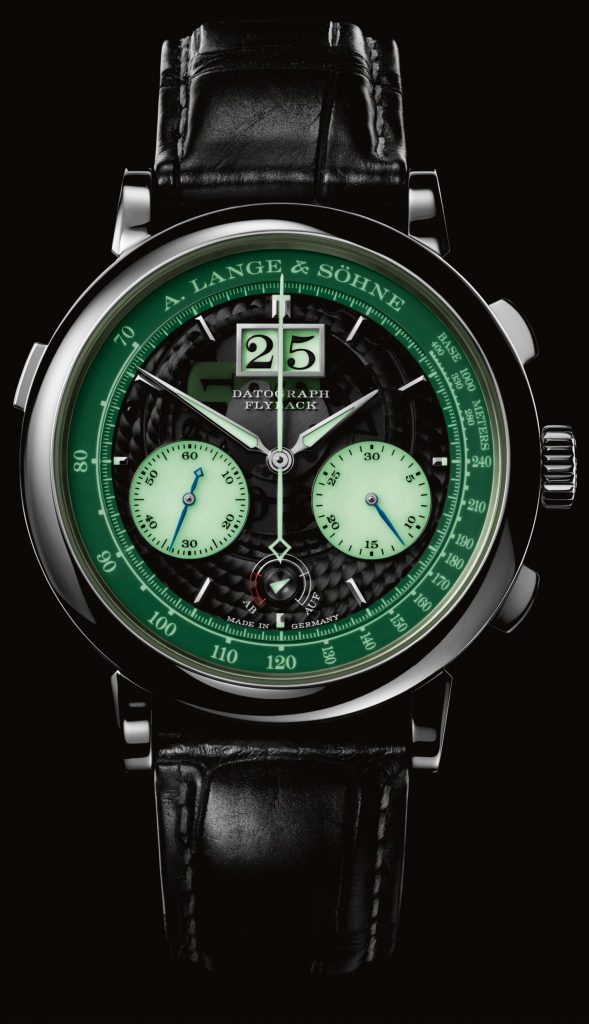 A. Lange & Sohne platinum Datograph Up/Down Lumen will be made in a limited edition of 200 pieces.

This watch marks the fourth Lumen model in the series that was first launched in 2010.  Equipped with a sapphire crystal caseback, the watch features the lavishly finished 454- part manually wound calibre L951.7. The 41mm Platinum watch allows for one-fifth of a second timing thanks to the 300-marker minute scale. It retails for $100,500. 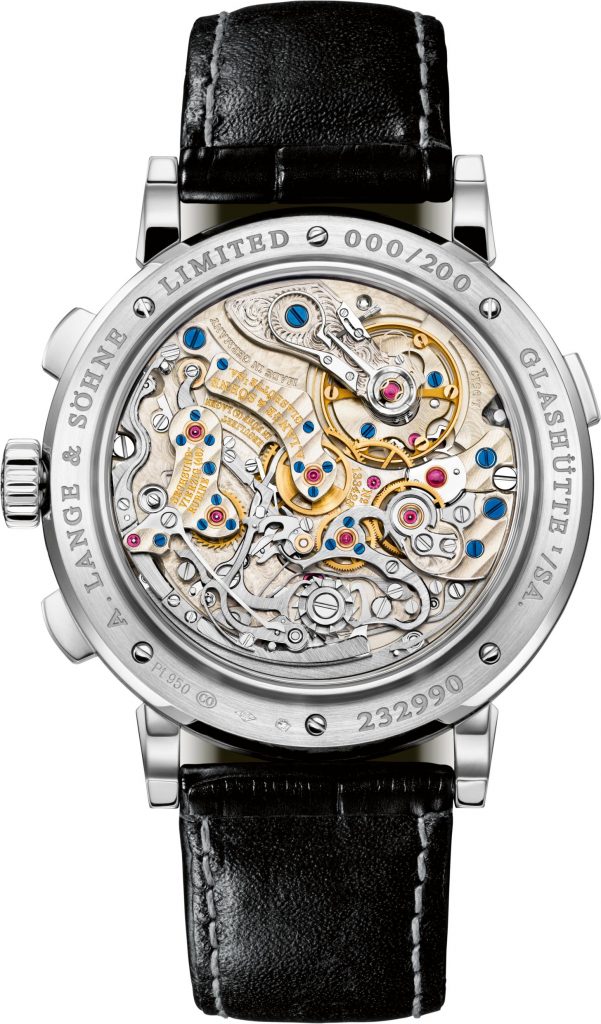 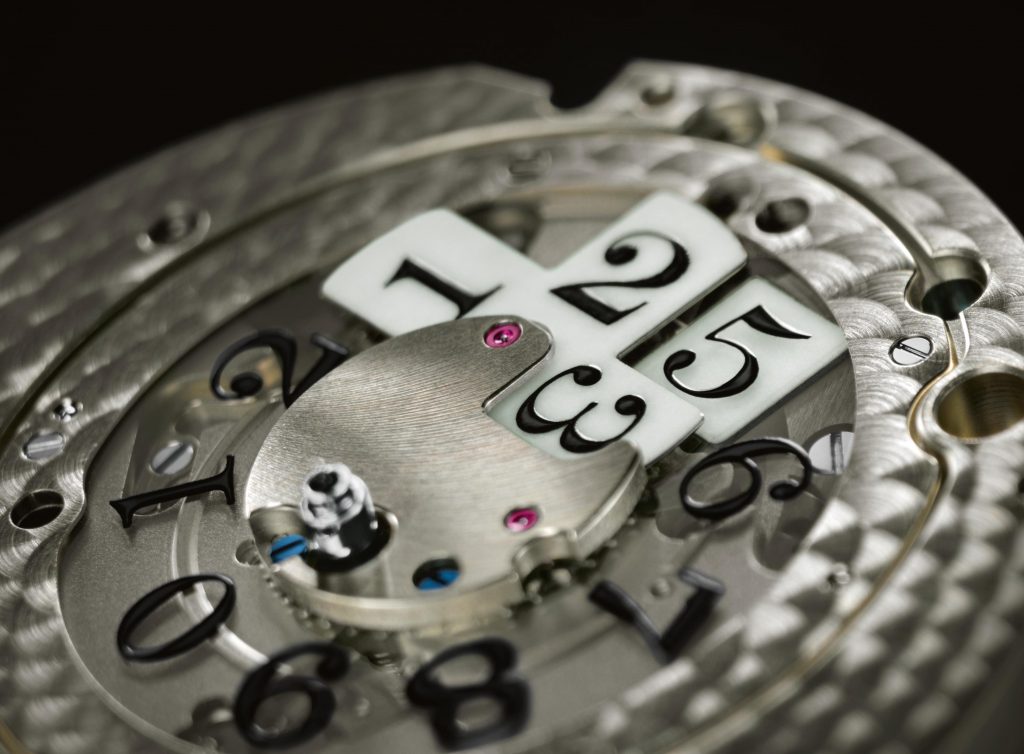