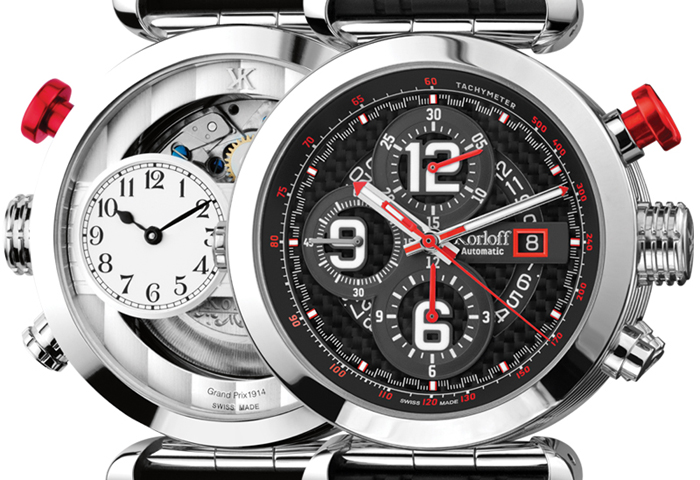 From Korloff, the Voyageur reversible case is now offered in the Grand Prix 1914 001 model with Valjoux 7750 movement.

While international football is going strong, let’s not forget that there are a host of other sports happening in the world around us this week. Today we honor the racing world with a very unusual brand: Korloff Paris, it’s not a common watch brand, but that’s because, like many other great watch brands of today, Korloff began (and continues) as a great Parisian jewelry company. However, make no mistake; the brand has also been creating watches for years. 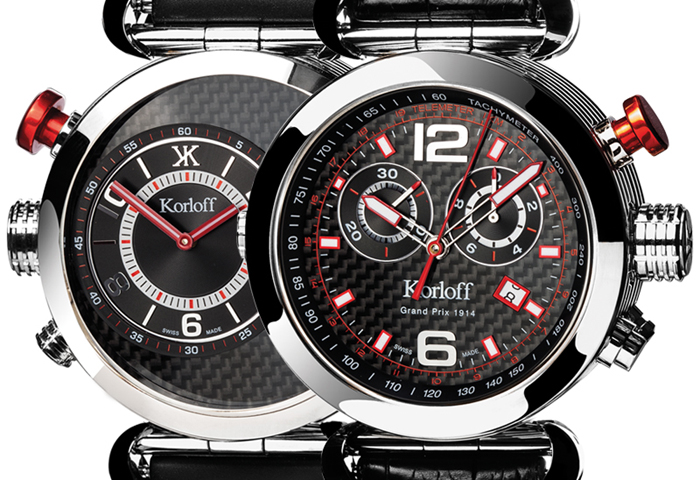 Now, it expands its much-coveted, reversible-cased Voyageur Collection – unveiling the signature timepiece in the new Grand Prix 1914 series. Consisting of three different models, the Grand Prix Series takes its inspiration from an unusual and historic race. Back on July 4, 1914, a German machinist named Christian Lautenschlager – unknown in the auto racing world – stepped forward at the last minute and entered the last French Grand Prix to take place before WWI. Many of the 300,000 spectators who gathered in Lyon to cheer on the contenders thought Lautenschlager’s presence was all folly. It was a close race among professionals – but in the end, Lautenschlager ‘s luck changed and the unknown machinist made history. He was driving a 1914 4.5 litre Mercedes Benz, from which the new watches take design inspiration for accents and on cases and dials. 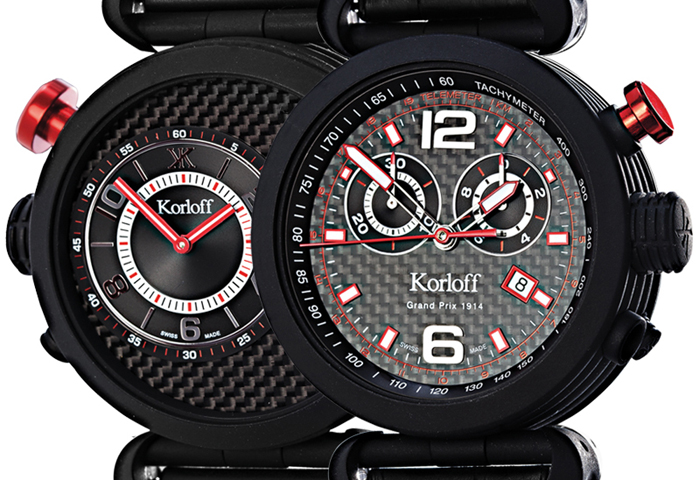 The series consists of the Grand Prix 001, 002 and 003 editions. The first two versions are crated in 316L stainless steel with five layers of anti-reflective coating on the sapphire crystals. The 003 model is created in 316L matte black steel chromium case. The 001 chronograph model houses an ETA 77500 automatic Valjoux caliber and an ETA 901.00 movement for the second time zone function that is displayed on the reversible case back. The 002 and 003 editions house multiple movements as well for their functions. 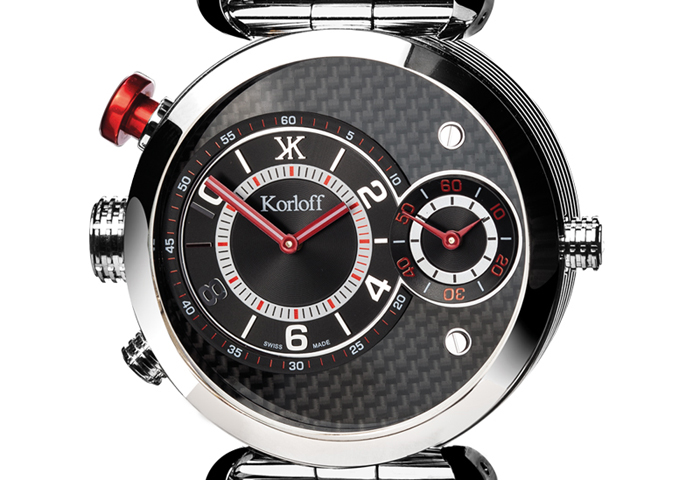 The reverse side of each watch offers a more sophisticated than sporty look, as seen in this 002.