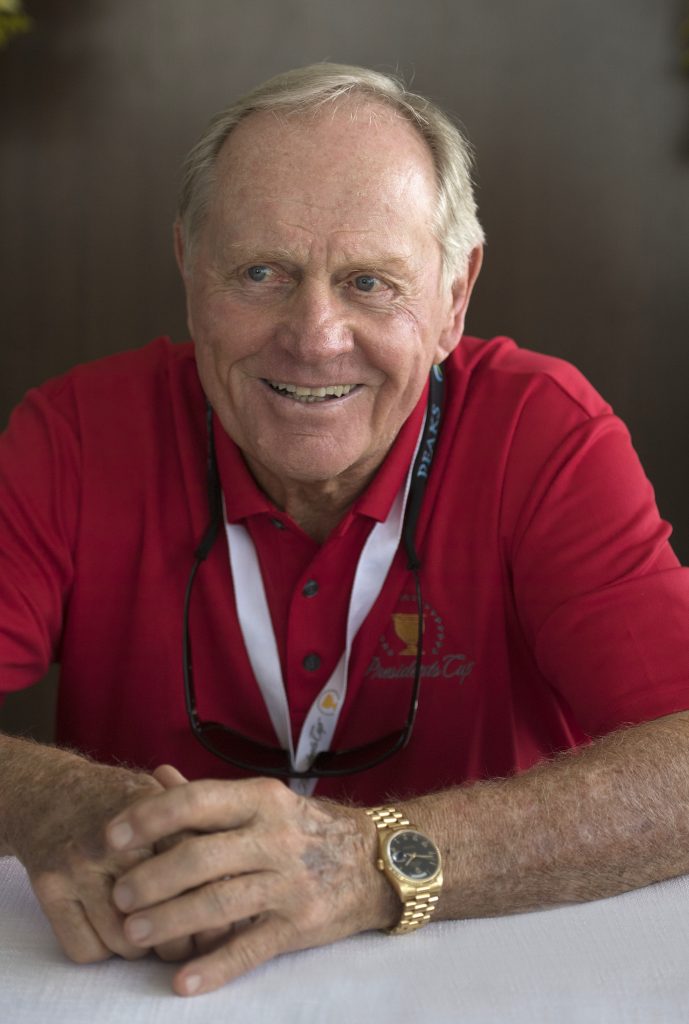 Jack Nicklaus, the Golden Bear, at the President’s Cup 2017.

Yesterday marked the end of the  inaugural Rolex Series in the golf world, which concluded at the DP World Tour Championship in Dubai. It was won by Rolex brand ambassador Jon Rahm. Beginning earlier this year, Rolex announced the Rolex Series, comprised of eight tournaments in top golf locations around the world.  The move further positions the brand as a leader in the professional golfing realm. The brand has more golfers on its roster of brand ambassadors than any other watch brand in the world. From the Big Three to the New Guard, Rolex has long supported golf.  At the recent President’s Cup tournament, for which Rolex is a global sponsor, we had the opportunity to interview golfing legend, Jack Nicklaus, also a  Rolex brand ambassador. While a complete interview with the 77-year-old Golden Bear will appear in the January/February issue of Elite Traveler Magazine, here we bring you a little insight into his take on time and watches.

RN: We heard you have worn the same Rolex watch for 50 years. Can you tell us about that watch?

JN: “Rolex has been a great sponsor of me for a long time. Back in  1966 I went to a Rolex cocktail party in Japan, Gary [Player] and I both went. They already had Arnold [Palmer] as a brand ambassador and so we went to the party. Rolex offered us a watch for being there. Gary pointed to one and said ‘take that one – it’s the best one.’ It was the President watch, and I have worn it every day for the past 50 years.” 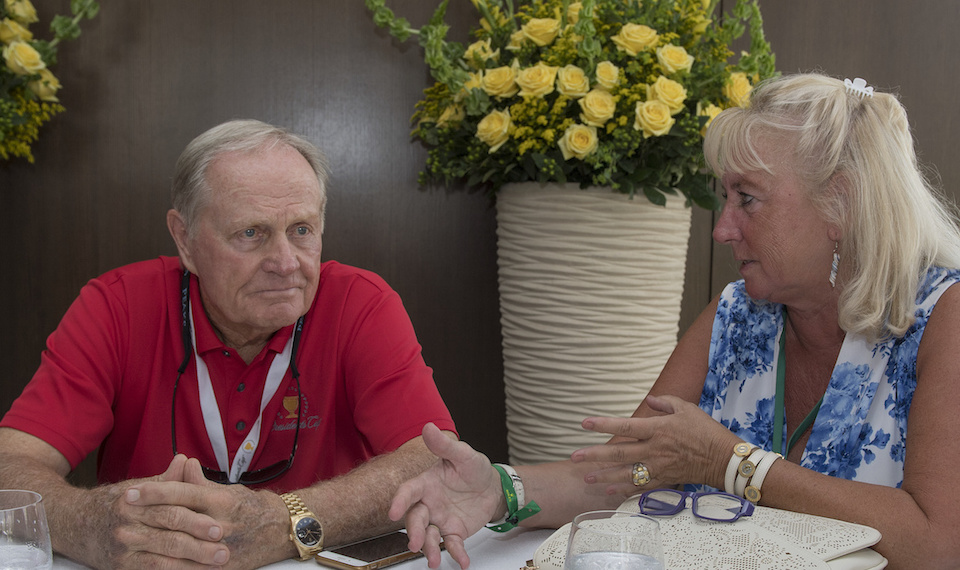 Jack Nicklaus with ATimelyPerspective’s Roberta Naas a The President’s Cup 2017.

RN: You are well-known for your golf record and for leading teams to victory as a U.S. captain, but you are also known for changing the rules of golf back in 2003. Can you tell us more about that?

JN: “I had been the U.S. captain for the 1998 Presidents Cup team and our guys had been off for a couple of months before we played. We got clobbered. When it was over,  Davis Love admitted ‘none of us were ready, we owe you one.’ So the next one was 2003.  I said ‘Guys, I know you weren’t ready in Australia but what about South Africa? If you don’t want to go, don’t go.  I just want 12 guys who want to play who want to represent  their country by playing  good.’  One by one they raised their hands and said they would be ready. The team was selected and we went.  The matches went on, they were really good. But we  got to the end of the matches and the rules then were that you play until one team wins. But it was at the end and we were still in a tie. It was getting dark and Gary [Player] was the other team captain. We had Ernie [Els] and Tiger [Woods] up against each other and they both knocked it in. Gary and I were walking together and talking, and we both agreed that it just wasn’t right to keep playing. We agreed that a tie should be a tie, and that we could share the Cup. We decided to call the guy in charge and tell him this was what we wanted to do. That’s how the rules of the Cup got changed. We walked away with 24 winners instead of 12. Today, if you have a tie, it’s a tie. Everyone wins.” 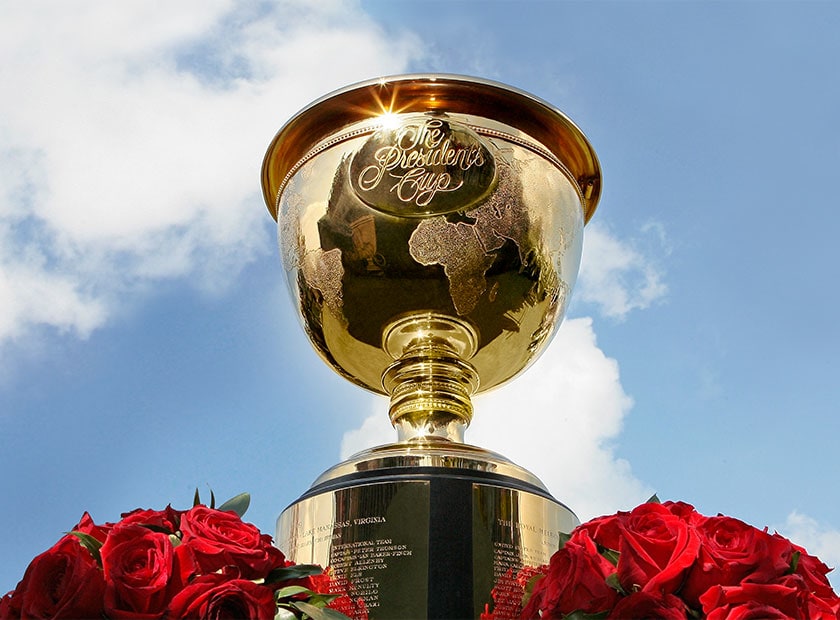 RN:  What do you think it takes to be successful in life?

JN: “Be true to yourself. You have to understand who you are, you have to come to terms with what you want to do and then follow that dream.”

RN: You and your wife are actively involved in the Nicklaus Children’s Health Care Foundation that you founded.  What are your plans there?

JN: “It was my wife’s dream to help children and we are doing that as best we can.  I have been thinking though that  I have this Rolex watch that I wore all my life. It is he first watch I ever wore and have continued for 50 years.  I think that it might be a good idea to use it at auction to raise even more money. If it could sell for a million dollars, for instance, that will help a lot of kids.” 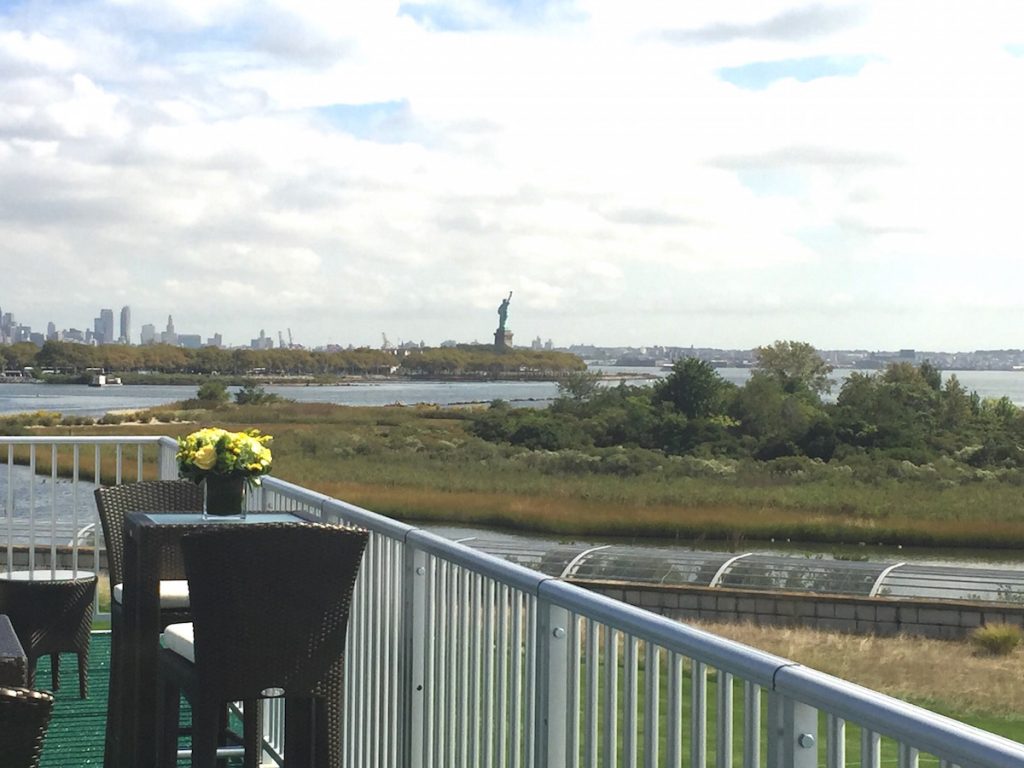 The view from the Rolex suite at Liberty National Golf Club, New Jersey during The Presidents Cup 2017.