Acclaimed actor, humanitarian and an arts advocate, actress Kerry Washington has been a  Movado brand ambassador since 2005. Famed for her role in ABC television’s drama, Scandal, Washington is a talented actress who has played numerous, incredibly different roles in film, theater and television. Additionally, earlier today it was announced that the 40-year-old actress is the latest star to join the voice cast for the new Disney movie, Cars 3. Washington will play Natalie Certain, a respected statistical analyst. She will also have a role in bringing Brit Bennett’s “The Mothers” novel to the screen.

According to Movado, Washington — whose second child is just about three months old —  broke barriers by becoming the first African-American woman since 1974 to headline a network TV drama. She has received wide public recognition for her portrayal of Olivia Pope, the lead character in the Peabody Award-winning series and has turned Olivia Pope into an iconic character.

Not too long ago, we had the opportunity to meet with Washington (and wrote a complete interview with her on our Perfect Timing column on Forbes.com). Now, however, with the new season on Scandal upon us, and all the news about new roles, it seems the right time to revisit that interview and take another close up look at the woman behind the camera.

ATP:  How do you juggle your time between family, acting, philanthropy?

Washington: “It’s always an evolving conversation in my life. It’s very interesting because I’m actually at a point right now, because I feel like a lot of changes happened in my life very quickly, where all of a sudden I was on this show, and then I was married, and then I became a mom. It all happened sort of quickly, so it’s been a real evolving process for me to figure out how to manage time differently. And time really is an unbelievable resource in our lives. It’s a limited resource, and so it’s so important that we are aware of it, and that we mark it and that we cherish it. I think I’m much more conscious of allocating time, and trying to be very present where I am each moment. I think I’m much more conscious of being present moment to moment in the different areas of my life.” 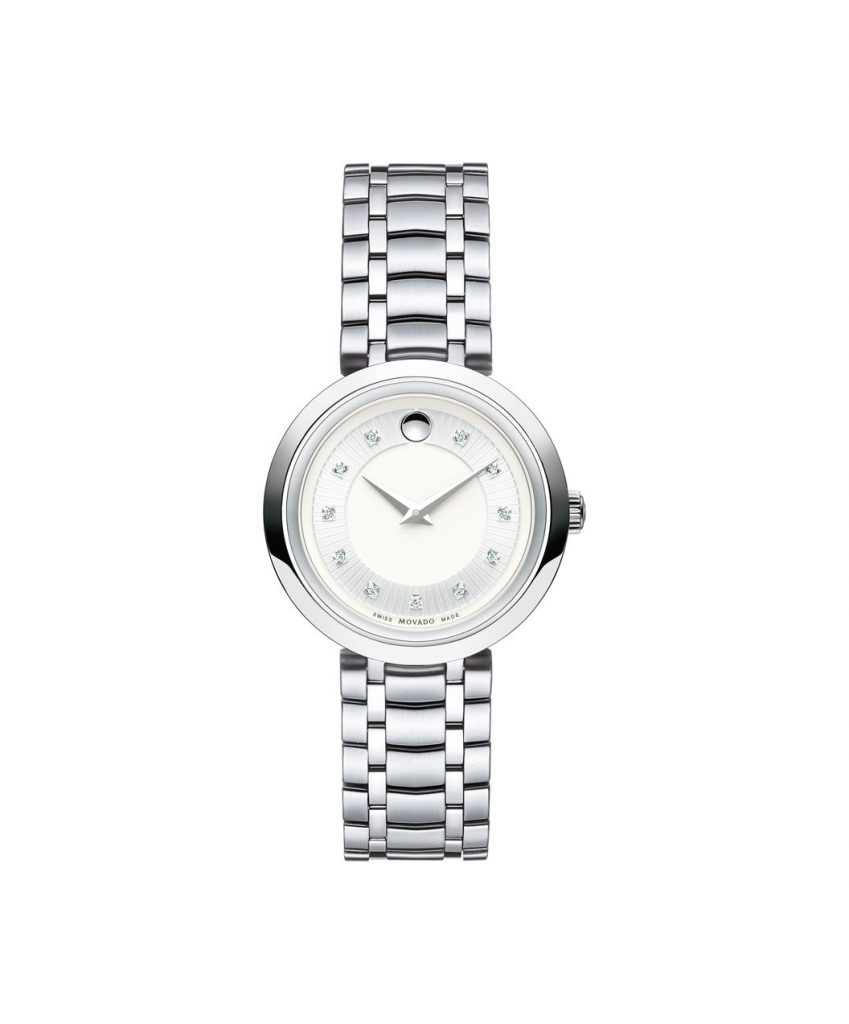 ATP: What attracted you to Movado?

Washington: “You know it’s funny, because it was pretty early in my career, Ray had just come out, and I was open to working with a company in this way. I had never done anything like this before and I was really kind of inspired to be approached by such an aspirational brand. It was a brand that I was familiar with, but being a kid from the Bronx and going to school in Manhattan, it was a brand that I knew but that I knew was something to long for. It was the kind of brand that represented special occasions, and I thought, ‘That is the kind of company I want to be associated with.’ The more I learned about the company and the more I met the people here, it just really felt like an authentic fit for me. I think so much of what Movado stands for are things that I aspire to in my work and in my life … elegance and classic design but with a modern flair. Also this idea…which I don’t think was on my mind when I first started working with Movado ten years ago, but with the passage of time I have become more reflective about, of the passage of time and what time means and how important watches are in terms of how we mark time and mark our lives and events, whether its minute to minute or year to year – watches really help us to do that with style.”

On ABC’s Scandal, Kerry Washington has worn several Movado watches, including the Movado 1881 watch, a 27mm steel and gold timepiece with mother-of-pearl dial and diamond accents.

In 2016, Washington was the executive producer and played the lead role in the HBO TV movie Confirmation. The film details the explosive 1991 Clarence Thomas Supreme Court nomination hearings, which brought the country to a standstill and forever changed the way people think about sexual harassment, victim’s rights, and modern-day race relations.  Washington also played Della Bea Robinson in the 2004 Academy Award-nominated film Ray, the story of legendary soul musician Ray Charles, as portrayed by Jamie Foxx. Her inspiring performance earned her the NAACP Image Award for Best Actress. In stark contrast, she gave an   acclaimed performance as Broomhilda von Shaft in the daring Django Unchained, which earned her a BET Best Actress Award and a NAACP Image Award for Outstanding Supporting Actress. Indeed, her list of accomplishments goes on and on. You can read the full interview with her here.