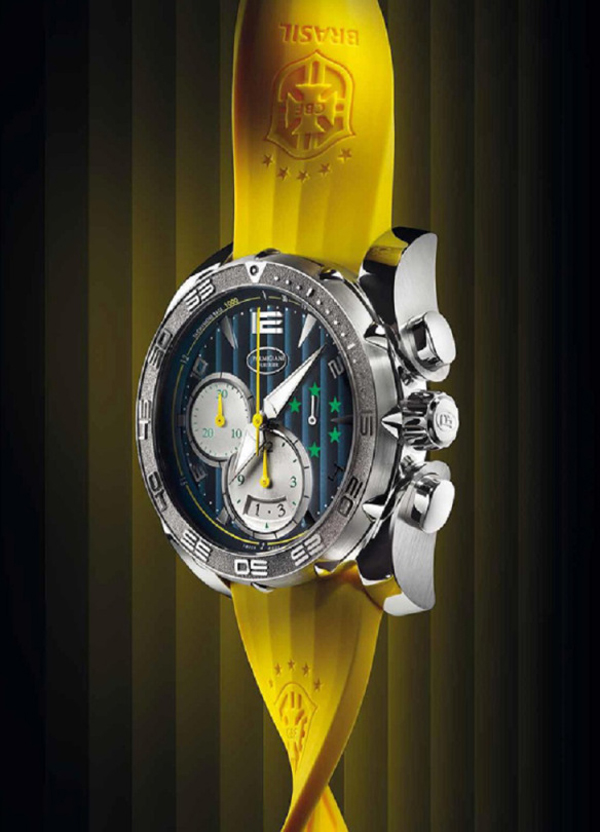 In the continuing effort to bring you all the news about watch brands and their involvement in international football, we begin with a look at watch brands that are sponsoring teams internationally that will be competing in the World Cup 2014 in Brazil.

Watch: A collection of Parmigiani Pershing models as tribute to the hundredth anniversary of the CBF– the governing body responsible for the national football team, also in charge of the Brazilian championship and the Brazil Cup and heavily involved with the World Cup 2014. The Parmigiani Pershing Chronograph watch is engraved with the iconic emblem of the CBF on the case-back and is clad in the official colors of the Brazilian Football Confederation; gold, blue, and green.