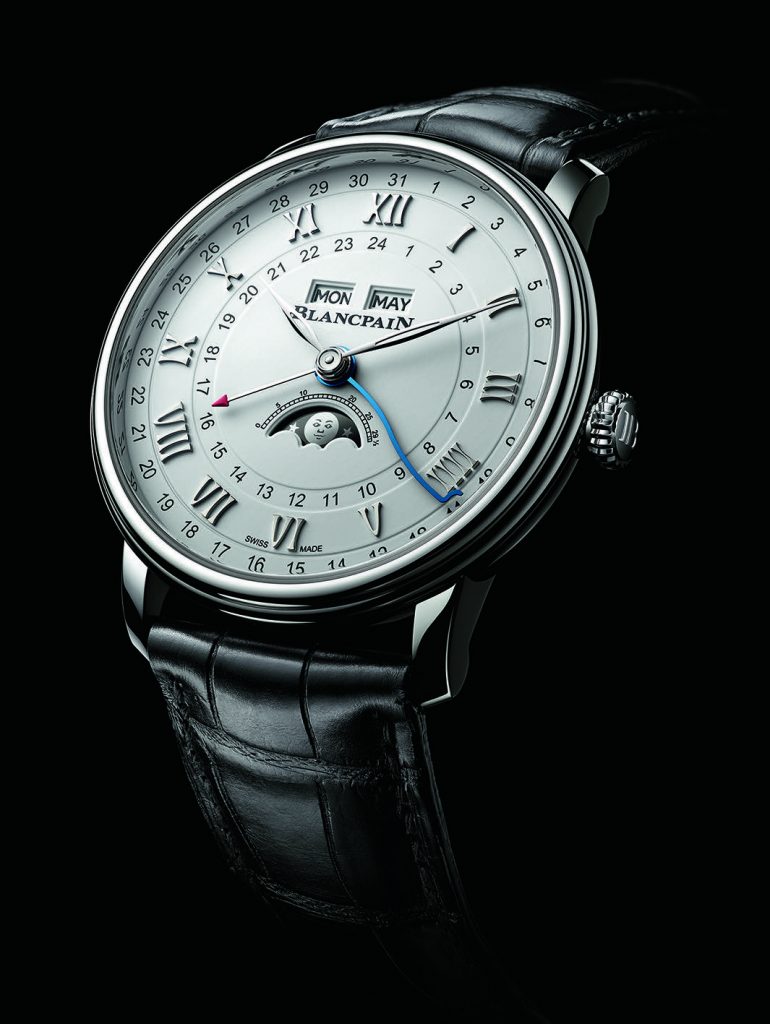 Swiss watch brand Blancpain has been known for its prowess in technical, complicated watches. In fact, since its launch, this brand has been billed as one that will always only build mechanical watches — a creed it has stayed true to time and again. This year, among its exceptional introductions of dive watches and complexities, we were particularly drawn to the brand’s  reinterpretation of  its Villeret Quantième Complet GMT, which has now been enhanced with an updated movement and the brand’s patented under lug correctors, among other things.

From the 1980’s Blancpain has been known for their design aesthetic found in their calendar moonphase pieces. Just under the 12 o’clock position windows displaying the day of the week and month can be found. The date is indicated via the supplemental blued serpentine shaped hand that reads the date of the month along the chapter ring around the edge of the dial. The moonphase complication is placed at the 6 oclock position and the additional GMT function adds a travel friendliness to an already high end piece. The travel time is read via the short silver hand that indicates to a 24 hour ring on the internal of the dial. This makes the home time incredibly legible via the red tipped hand that indicates to Roman Numerals. 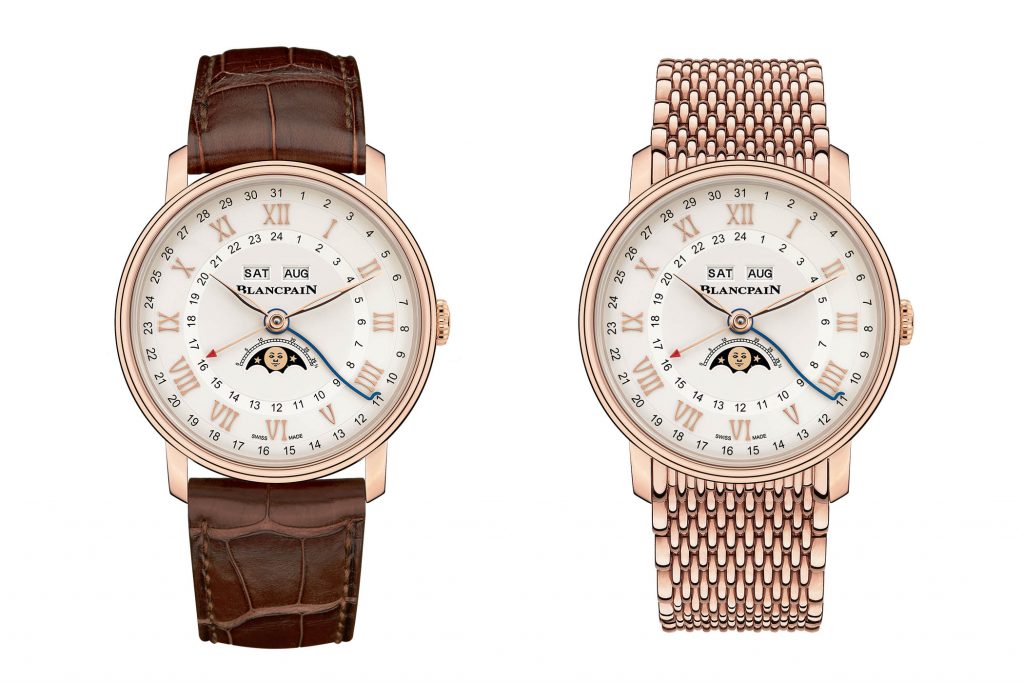 The combinations of complications in the Villeret Collection have been outfitted with innovations the manufacture developed after the launch of the original Quantième Complet GMT in 2002. The in-house movement has been updated to include a silicium balance spring that boast antimagnetic properties as well as timing and precision enhancements. To set the calendar and moonphase functions is done with the press of a finger rather than tools found in other similar pieces with the same complications. This is made possible via the exclusive patented under-lug correctors. An additional benefit of the correctors is the smooth case flanks unmarked by minuscule corrector dimples that allow access for corrections via tools for their complications. Adjustments for the home time are made in one hour increments via the crown.

The piece will be made in two versions: 18-karat 5N rose gold with an opaline dial with applied gold markers/numerals;  18-karat white gold. Both variants will be housed in a 40 mm case with the traditional Villeret double stepped bezel. Alligator straps or metal bracelets are available for each version. 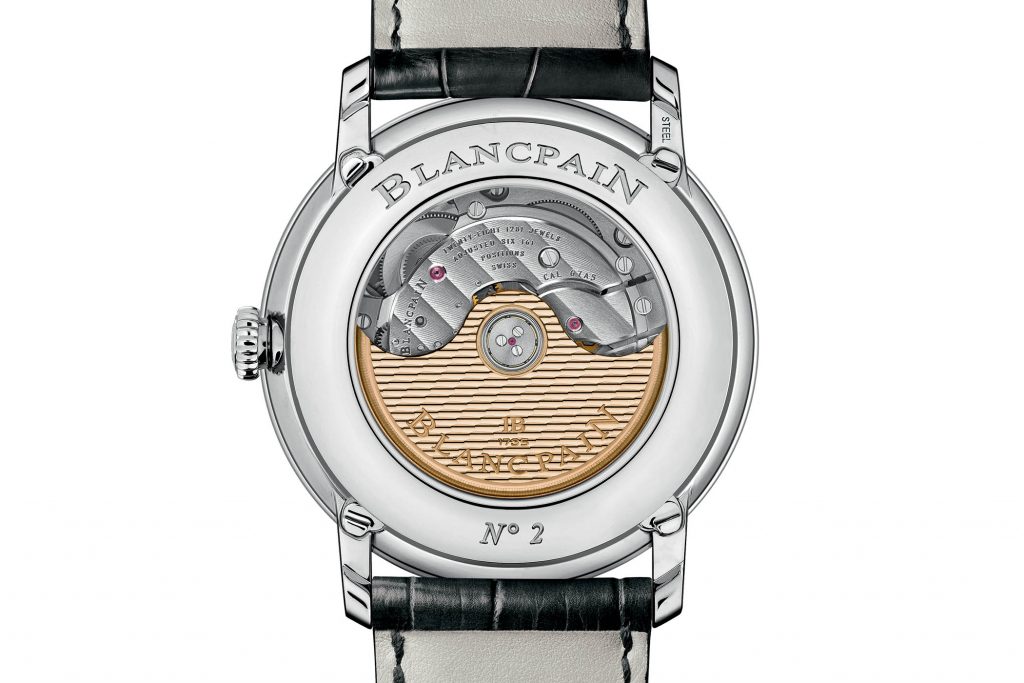 The movement has been updated in the Blancpain Complete Calendar GMT watch.

Introducing The Vacheron Constantin Year Of The Rabbit Watch
April 16, 2018