If You Were Jumping Out of a Plane, Would You Wear a Ball Watch? A Three-Week On-the-Wrist Review of the Engineer Hydrocarbon Airborne (live pics, prices) 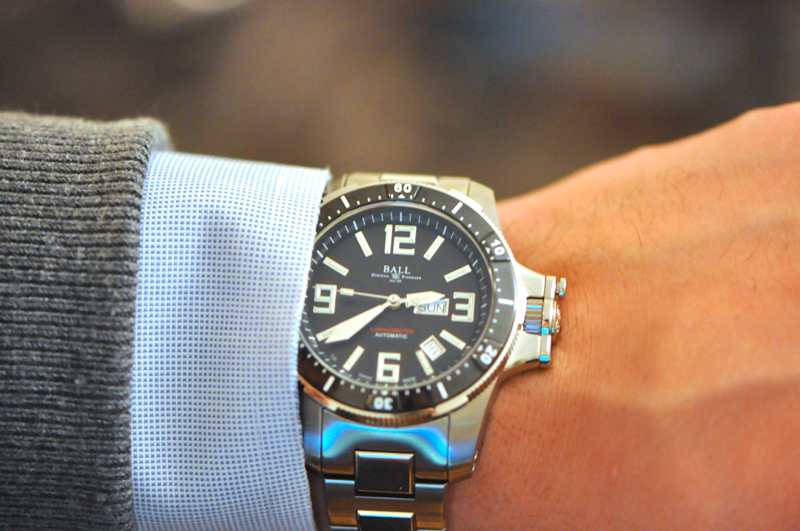 I just spent three weeks wearing the BALL Engineer Hydrocarbon Airborne. This Airborne is a relatively new offering from BALL, a manufacture with roots in the United States and now based in Neuchâtel, Switzerland.

It comes as no surprise that, as Ball is known for its tool watches, the Airborne is a 42mm diameter tool watch aimed at the sort of person who might find himself hurtling towards the earth at high speeds from the doors of in-flight planes, or who is the desk jockey wishing he was the former.  On the whole, the Airborne is a solid tool watch, which, by definition, should be tough and able to handle everything you throw at it. While a little oversized, it wears well and performs even better. 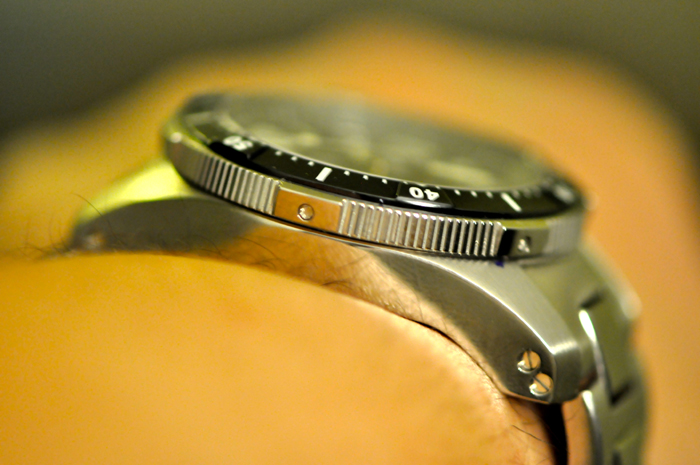 The Airborne’s functions include hours and minutes, center sweep second hand, day, and date.  Along with this is Ball’s patented crown protection system, which encloses the screw down crown between its crown guards.  Ball claims the Airborne will withstand shocks up to 5,000Gs and magnetic fields up to 4,800A/m. Despite its name, the Airborne is also rated for 120 meters of water resistance. To the average consumer, including this writer, this likely will not matter that much.  While skydiving is on my list of activities to partake in, I fully do not intend to be wearing a wristwatch while I do so. 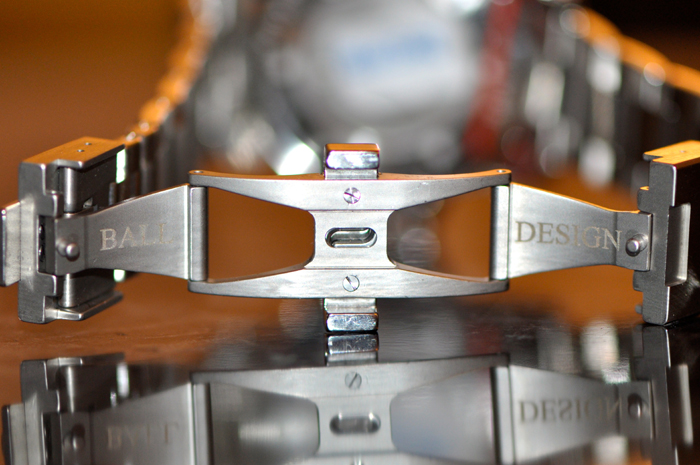 The deployant clasp is sturdy and keeps the watch firmly in place.

That said, the judgment criteria utilized in reviewing the Airborne were accuracy, legibility, wear-ability and practicality. The movement that beats within the Airborne is a modified ETA 2836 movement dubbed the Ball RR1102-CSL. As the Airborne has a COSC certified movement, the expectation is that the watch will perform well and accurately under most circumstances. This was the case as I wore the piece over three weeks. Ball says this is entirely attributed to the patented technology of the SpringLOCK system. In essence SpringLOCK encloses the balance spring in a cage that is designed to absorb the effects of external shocks, thereby reducing any disturbances on the oscillations of the spring. Ball claims that the system is capable of reducing the balance spring’s shock impact by 66 percent. 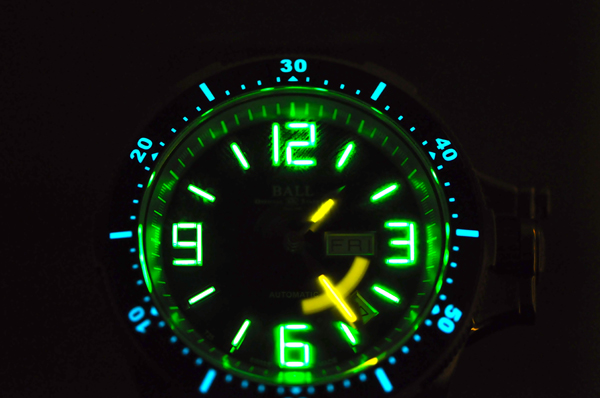 The luminous markers on the dial are actually micro gas tubes filled with tritium gas.

Legibility, as mentioned above, is an important factor in my review.  The luminous markers on the dial are actually micro gas tubes filled with tritium gas.  Users of this technology say it is more effective than traditional luminescent paint, not requiring light or energy to be luminescent.  Due to this, the watch is very legible in the dark.  However, the dial is a bit cluttered given the large size of the indices and the numerals.  The unidirectional bezel rotates smoothly providing satisfying, but not overly loud clicks as it does so.

Finally, on to wear-ability and practicality.  The Airborne is of modern proportions.  At a case diameter and height of 42mm x 13.85mm respectively, the Airborne is quite robust. As someone whose day job involves a suit and tie, I found it quite difficult to keep the Airborne under my cuff.  However, this was likely not its designer’s intention.  The watch’s height does make it seem somewhat unbalanced, despite an extremely strong butterfly deployant clasp and sturdily constructed bracelet to stabilize it. 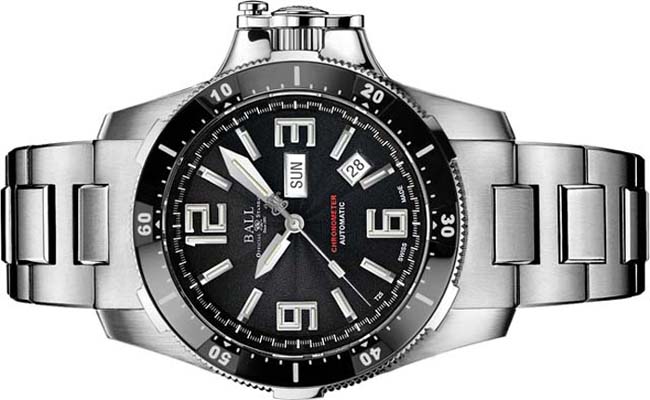 This Ball Airborne is crafted in steel with a patented crown protection system.

Overall, the Airborne is a nicely finished, well constructed tool watch that functions well in the real world.  While it may not be meant for all situations, it is certainly a good contender for the person who loves tool watches with workhorse movements that will continue beating even if you jump out of a plane with it on.  The Ball Engineer Hydrocarbon Airborne is priced at $3,500 and is available now.