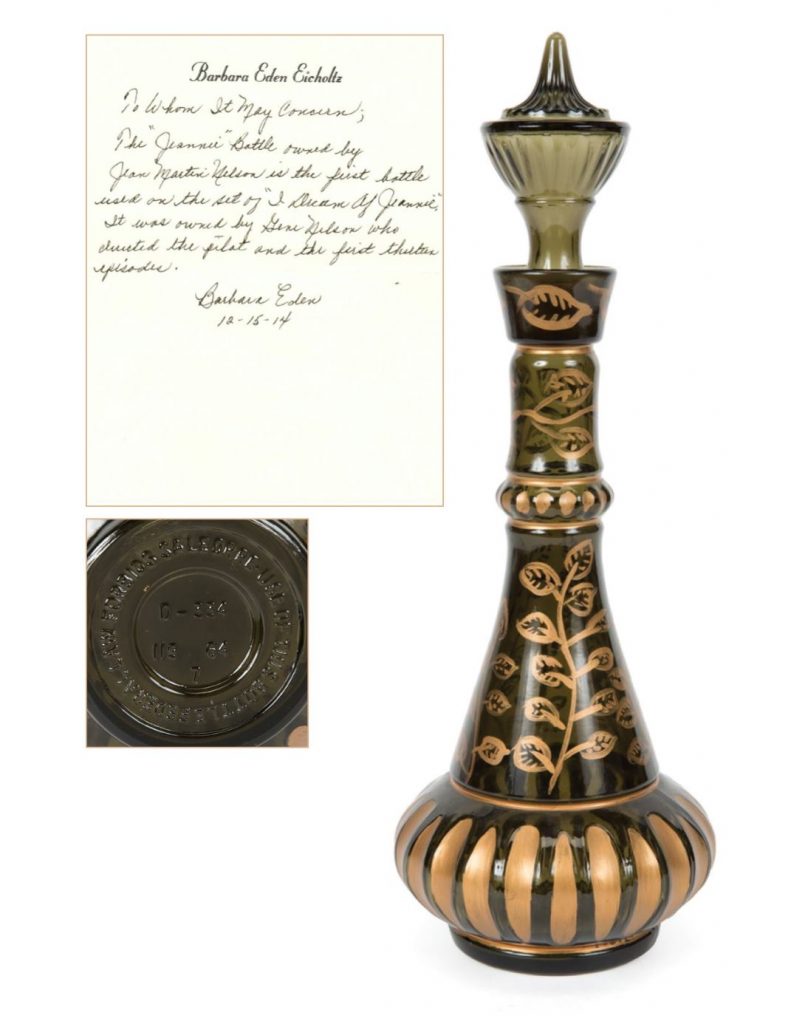 This past weekend, the  original  genie bottle prop that was used on the set of the well-known I Dream of Jeannie TV show (NBC, 1965-1970), and that served as the mold for all future Jeannie bottles on the series, went up for auction at Julien’s Auctions. The bottle belonged to Gene Nelson, who worked on the development of the program and directed eight episodes of the first season (until differences between himself and starring actor Larry Hagman caused him to leave).  The bottle sold for $30,250. The bottle was sold with a letter of of authenticity from Barbara Eden, who played Jeannie,  stating that this was the first bottle used on the set of the show.

Gene Nelson, who directed the pilot and the first episodes of I Dream of Jeannie, spotted the Jim Beam bourbon whiskey decanter in a liquor store window and decided it was the perfect home for the 2,000-year-old genie who was the star of the show. When he left, he took the bottle and kept it with him until his death just about 10 years ago. HIs children have had in their possession ever since.  There were estimated to be about 12 bottles used during the series, including some as props to create the smoke that appeared when jennie emerged from her home. The first bottle was painted green, but  when the show went from black-and-white to color, it was painted bright pink and purple. Barbara Eden still has the pink/purple colored stunt bottle that was used on the last day of filming of the final episode. 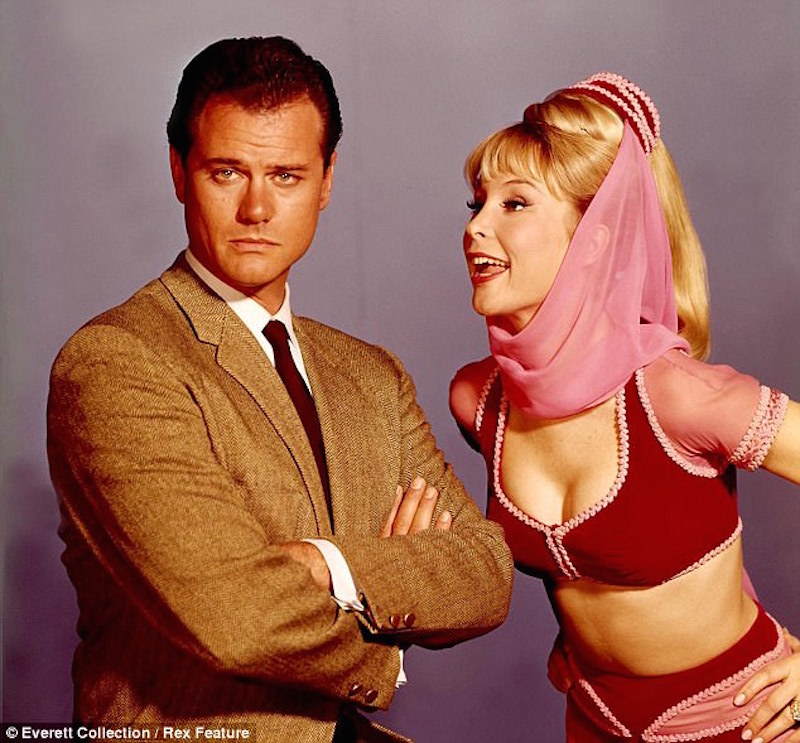