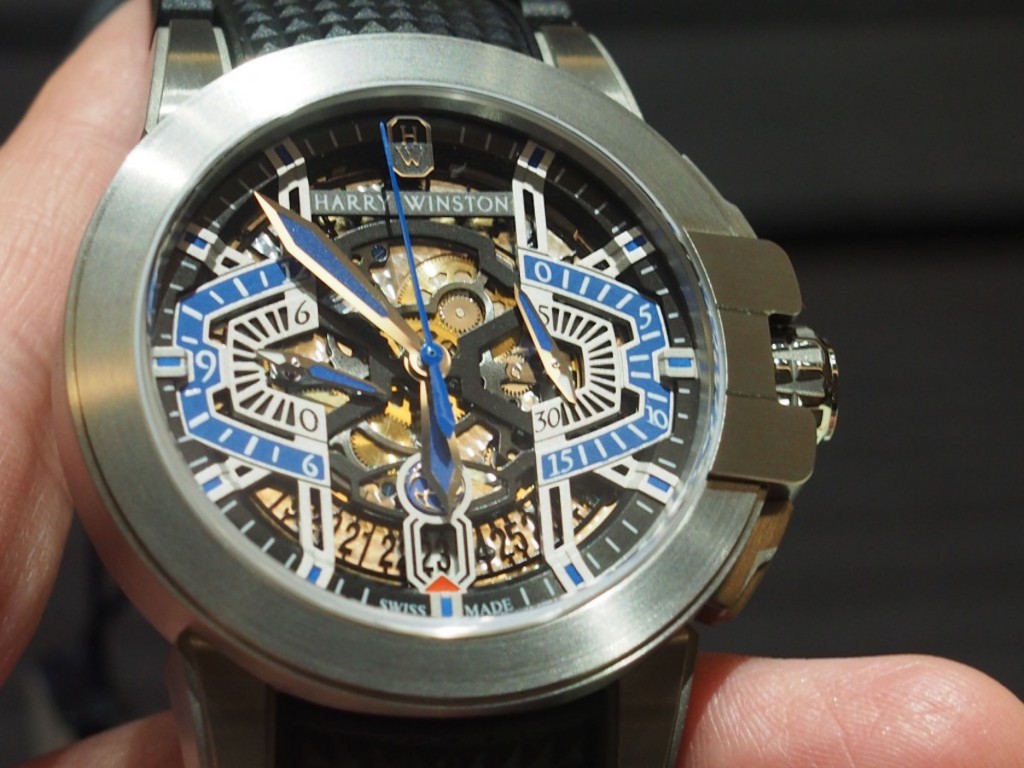 The Harry Winston Project Z9 Valium watch was unveiled in BaselWorld 2015, but is finally in stores now (Photo: R. Naas/ATimelyPerspective.com)

Let’s be clear — because if you are reading other sites, you may have been seeing the news of this watch as a “New” introduction. In fact, the amazing Harry Winston Project Z9 watch is NOT news. It was unveiled to the world at last year’s BaselWorld Fair (2015). The news here is — this watch is finally available in stores!

Additionally, while we wrote about it back then, it is such as complex product that it is well worth writing about now- to refresh your memory so you can run out and grab one fast — if you can. Let’s also be clear on this: just 300 pieces of this ninth Project Z  cutting-edge watch are being made.

The Project Z9 – like its predecessors – is a highly sophisticated, technically advanced watch cased inside of an alloy exclusive to the brand. Zalium™ — a special ultra-light, non-allergenic zirconium-based alloy made exclusively for Harry Winston – was first introduced to the world by the brand in 2004. At that time, Harry Winston released its first Project Z watch, further demonstrating its commitment to technically advanced, innovative watchmaking. Since then, the House of Harry Winston has introduced a new high-tech Project Z on a regular basis, bringing us to last year’s unveiling of this Z9. 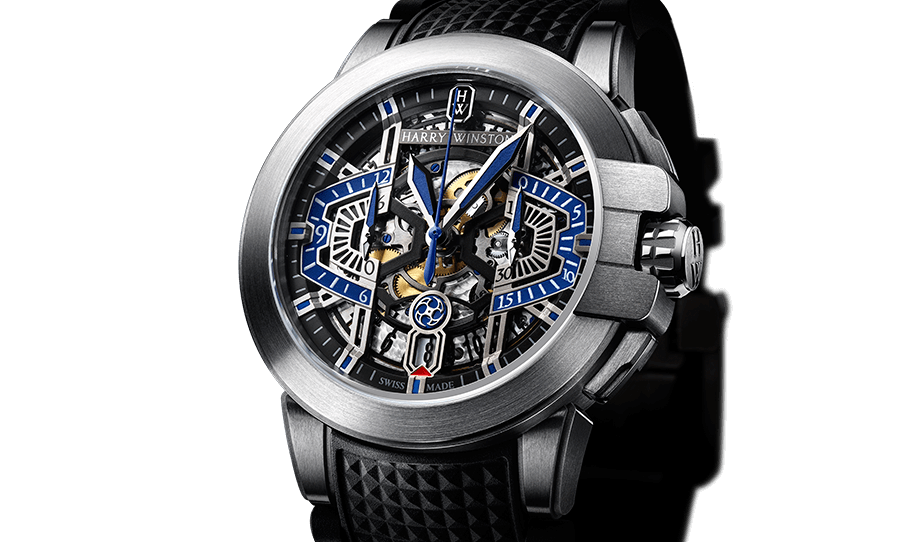 The complex HW3304 chronograph caliber is equipped with a silicon balance-spring, which beats at a frequency of 5 Hz.

The bold Project Z9 44.2mm timepiece — part of the brand’s Ocean Collection — is crafted entirely in corrosion-resistant Zalium™. The material is a dark gray color that looks significantly different from titanium, steel or other white metals on the market – making it visually alluring. For this timepiece, the case is satin-finished and the edges are shot-blasted for nice contrast.

But, enough of the outer beauty, let’s get to the brains. The Project Z9 offers not just hours and minutes, but also flyback chronograph with 30-minutes and 12-hour counters, small seconds and date. The watch houses the  HW3304 mechanical automatic movement — made specifically for this timepiece. It  is a high-frequency caliber – the first time the brand has offered a high-frequency movement. Equipped with a flat silicon balance spring that permanently beats at 5 Hz (36,00 vibrations per hour), the watch offers high-speed precision. Additionally, thanks to the flyback function, the chronograph can time multiple events at once, with simple reset of the hands via the pusher at 4 o’clock. 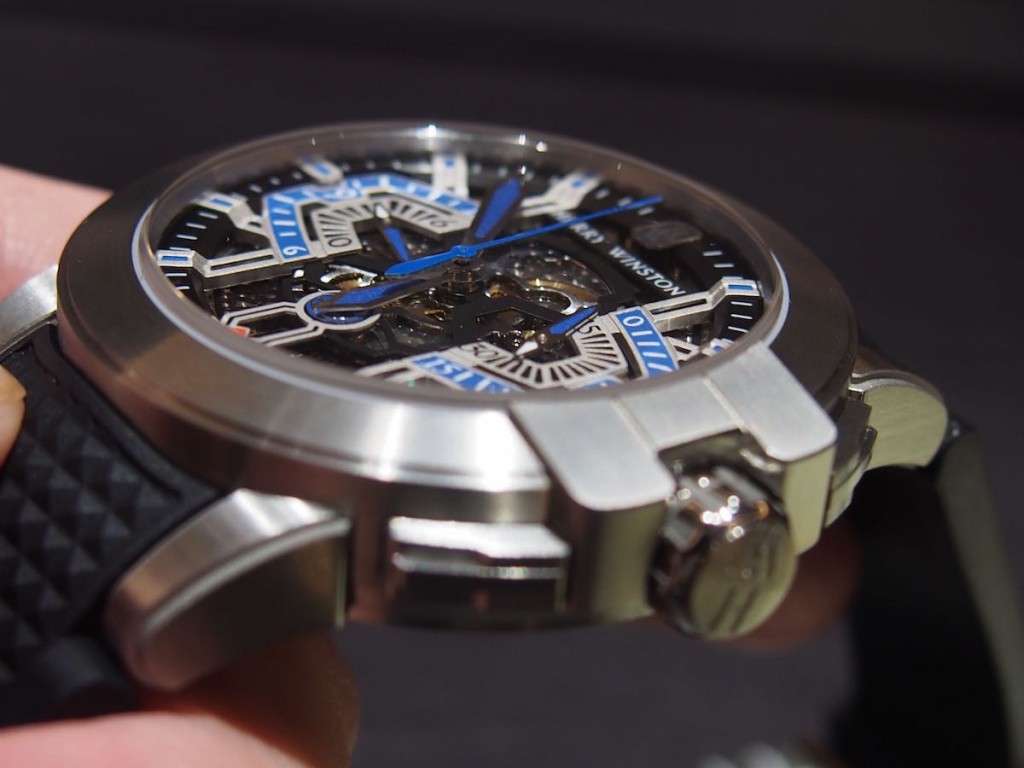 The case is a Zalium alloy specially created and developed by Harry Winston (photo: R. Naas/ATimelyPerspective.com)

The timepiece features an 18-karat white gold open-worked oscillating weight, visible via a sapphire crystal case back. The skeletonized rotor reveals a signature Harry Winston geometrical motif. Additionally, the bridges and plates of the 325-part movement are circular grained, chamfered and rhodium plated. Because they are visible form the dial side, some parts are also NAC-coated for depth and contrast. In fact, the open worked two-tone grid dial is created in alluring galvanic black and blue. The two raised chronograph counters (painted blue) stand out against a white background and offer dramatic depth and dimension. The blue color also illuminates at night or in dark, since the hands and   indexes of Project Z9 are enhanced with blue-emission SuperLuminova.

If looks, material and movement aren’t enough to wow you, the exclusivity should — remember just 300 pieces will ever be made — and each is  a real steal at only $23,300 retail.  Oh, and if you are wondering if there will be a Z10 unveiled at this year’s BaselWorld  — stay tuned for the news next month.