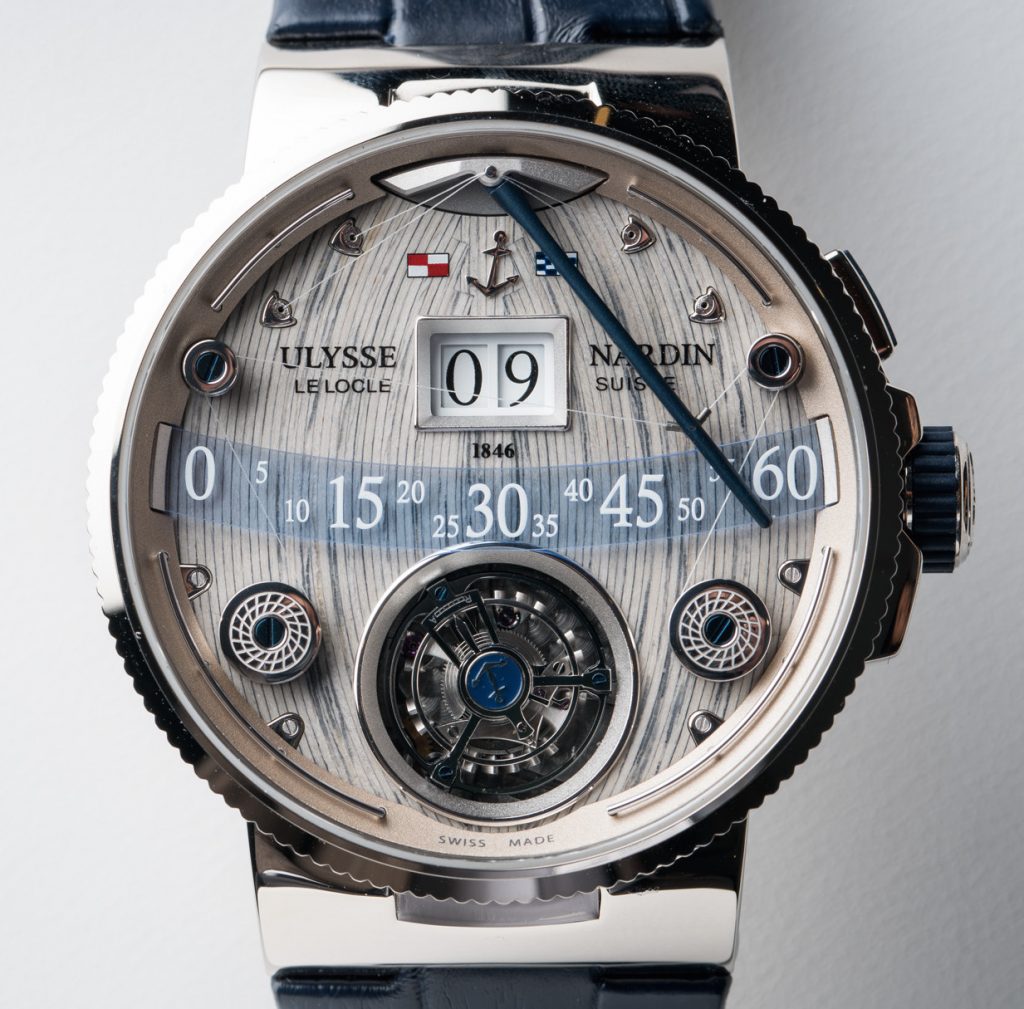 Earlier this year at Baselworld 2016, Ulysse Nardin unveiled the revolutionary Grand Deck Marine Tourbillon — a watch that is making its way to stores now.  The incredible scope of ingenuity and pioneering spirit behind this watch is mind-blowing. Reflecting the brand’s rich roots in marine chronometers, the new  Grand Deck Marine Tourbillon limited-edition watch is not only a nautically inspired timepiece with a hand-crafted wood marquetry dial, but also it is the first watch in history to utilize fiber Nano-threads (thinner than a strand of hair and borrowed from the ship-rigging industry) on the dial to resemble a ship’s rigging and to play an integral role in displaying the time.

The high-precision watch features a dial that resembles a ships’ deck. It is made of hand-crafted wood and features a “boom” to indicate the minutes, which run horizontally across the dial in an arc-shape. When the boom reaches “60’ minutes, it returns to “0” to begin the minute count again. The boom is pulled by nano-wires and emulate the look of a ship’s mast ropes. The patented system is incorporates a 60-second flying tourbillon escapement at 6:00. 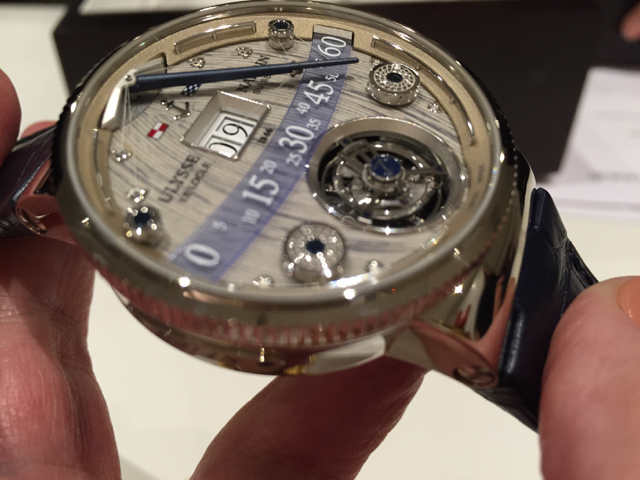 The high-precision Ulysse Nardin Grand Deck Marine Tourbillon is one of the more inventive timepieces of 2016.

The boom relies on the high-tech fibers – thinner than a human hair – that are actually used in ship riggings, to pull the boom across the minute’s arc. The hours are indicated via “jumping” hours – driven by two large off-center disks (at 5:00 and 7:00) that turn in real time. The complicated in-house-made manual-wind movement, UN-630, consists of 469 parts. The 44mm watch is crafted in 18-karat white gold and is water resistant to 100 meters. Just 18 pieces will ever be made. In my opinion, with its complex nano-fiber ship’s rigging, its boom, screws and tourbillon escapement, this watch is easily one of the most inventive timepieces of the year — and well worth every cent of its $300,000 price tag.