Hamilton, Hollywood, Behind the Camera Awards and a New ODC X-03 Watch 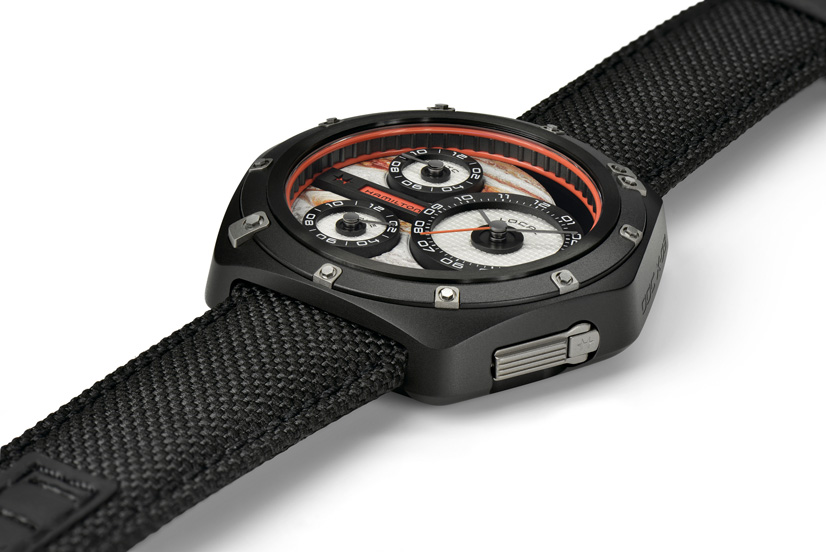 Just 999 pieces of the new Hamilton ODC X-03 watch will be made.

I’ve never had the slightest whisper of a calling (or of a talent) to find fame and fortune in Hollywood—in any facet of the movie industry. But I must admit it was a real blast to immerse myself in many of those facets during my visit to Tinseltown, thanks to Hamilton and the Hamilton Behind the Camera Awards 2016. In honor of the Awards, every aspect of the weekend-long experience (November 4 – 6) was in some way tied to movies, from the fabulously quirky Mama Shelter hotel where I stayed, just a block from the Hollywood Walk of Fame, to the tour of History for Hire on Saturday, where I glimpsed the thousands of historically accurate props available for use in filmmaking. While there, our group of journalists also availed themselves of a hair, makeup and wardrobe session before making a movie-style appearance on “set,” using props compliments of History for Hire. 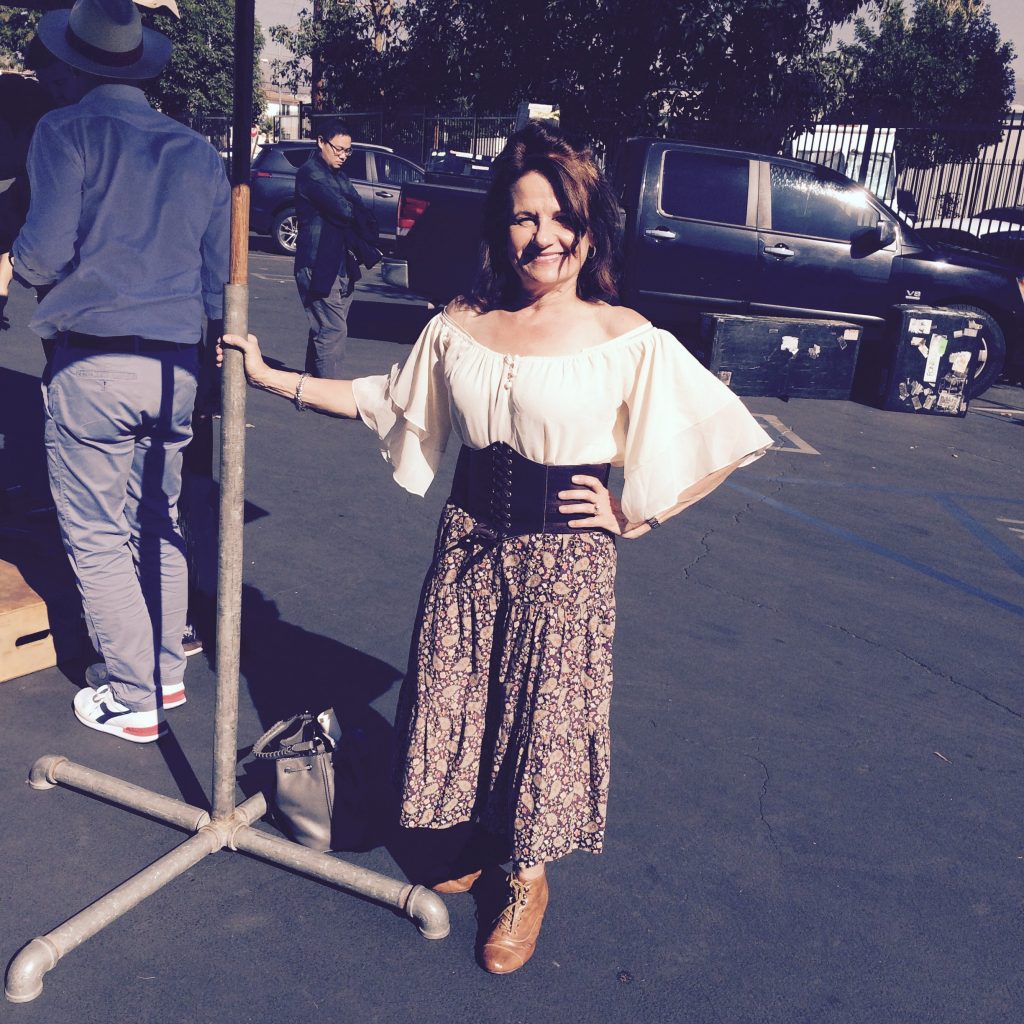 ATimelyPerspective.com contributor Nancy Olson on set in Hollywood with Hamilton.

The Hamilton Behind the Camera Awards ceremony held Sunday night was the focal point of the weekend, but a brand-new watch introduction on Saturday night was a pretty exciting lead-up. The Hamilton-Hollywood connection, as you may know, dates to 1951 when actors playing navy divers wore Hamilton watches in the Oscar-nominated movie The Frogmen. Since then, Hamilton has continued to provide watches for movies, with 450 examples to its credit. But to date, the brand’s partnerships with 2001: A Space Odyssey and Interstellar have been among its biggest Hollywood milestones.

So Hamilton decided to honor this outerspace-centric history with a new timepiece inspired by Interstellar’s Endurance spaceship and designed by Interstellar production designer, Nathan Crowley, who joined us for dinner at the incredible Vortex Dome LA. Crowley, according to Hamilton CEO Sylvain Dolla, was given free reign in the aesthetics of the watch, with “no technical restraints”; the technical side, Dolla said, was for the Hamilton watchmakers to figure out. 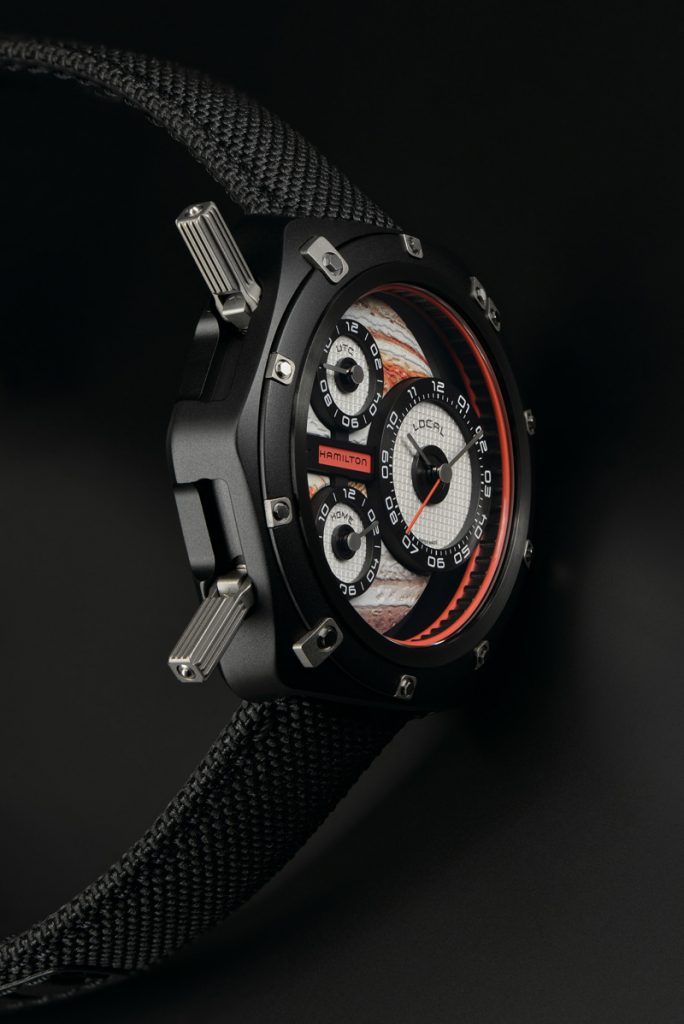 The new limited edition ODC X-03 timepiece (999 pieces) is the third in a trilogy of watches. This one was designed by Nathan Crowley with Hamilton in honor of Interstellar.

The limited edition ODC X-03 timepiece (999 pieces) is the third in a trilogy of watches, the first being the X-01 launched in 2006 and the X-02 launched in 2009, recalling Stanley Kubrick’s 2001: A Space Odyssey. Interestingly, the ODC X-03 is driven by three movements: one automatic and two quartz. Its case is hexagonal, 49 mm by 52 mm, in titanium with black PVD coating and with integrated crowns. The back of the watch, in my opinion, is pretty incredible, featuring a rendering of Jupiter—including engravings of key facts about the planet. The timepiece will be formally introduced at Baselworld 2017, so I feel fortunate to have been treated to such a personal preview. 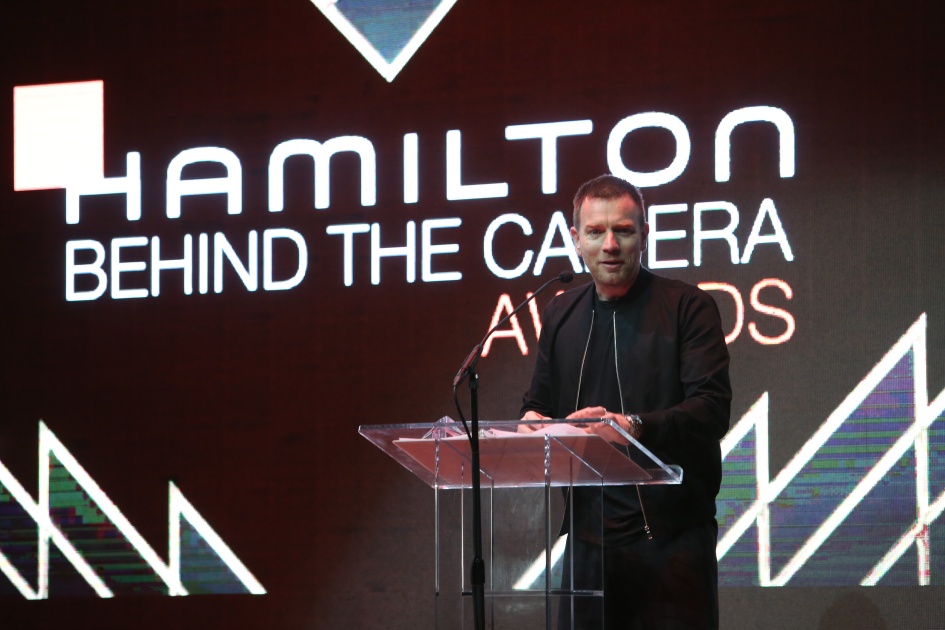 Sunday’s star-studded ceremony, held at the Exchange LA (another incredible venue), was hosted by Bellamy Young of ABC’s “Scandal.” The awards were given in 15 categories, including such behind-the-scenes contributors as sound mixer, hair stylist, costume designer and more. The honorees were selected from movies released during the year, with John Legend, Mel Gibson, Denzel Washington, Matthew McConaughey, Mark Wahlberg and Natalie Portman, among others, making the award presentations.

Mr. Dolla remarked, “As in watchmaking, the best movies are made with passion. This is the reason why the Hamilton Behind the Camera Awards honors the most passionate people, the ones who make a movie so special and unique. For a complete list of the honorees and presenters, as well as a glimpse of the festivities, visit here. 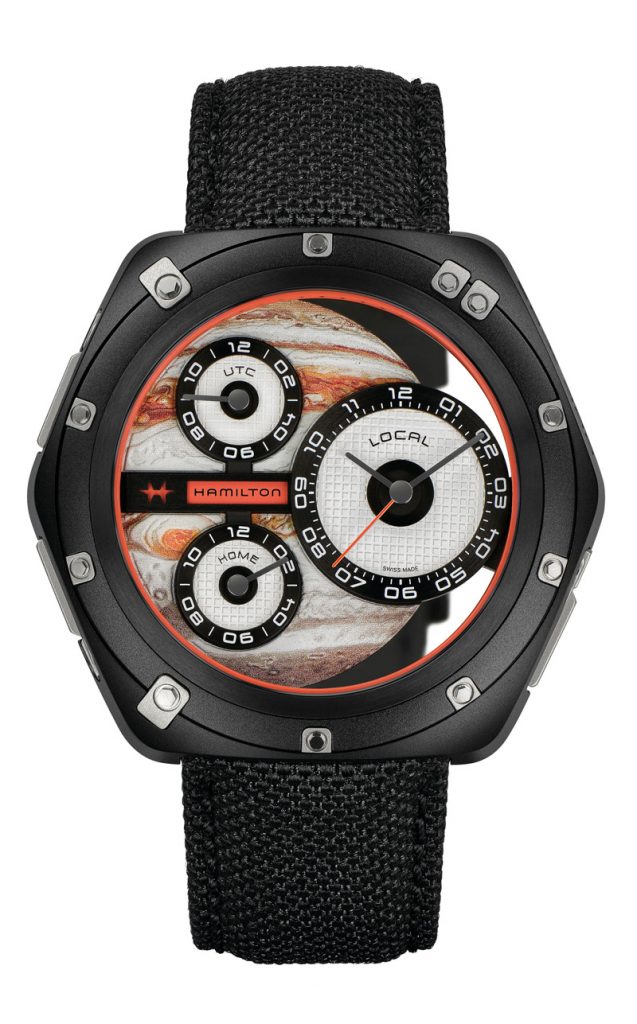