H. Moser & Cie Watches: Is H. Moser as Rare as it Claims? 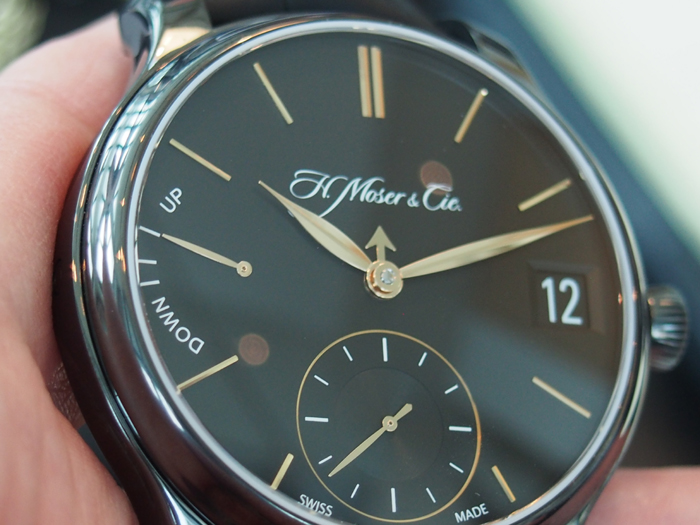 The Endeavour Perpetual Calendar offers an instantaneous date change via the Flash Calendar that allows the watch to be adjusted forward or backwards without risk of damaging the movement.

There’s an independent, family-run Swiss watch business that is somewhat of a secret to the world: H. Moser & Cie. This entrepreneurial brand has roots that date back centuries – but current production that dates back only a decade. Still, this is one brand that warrants a close-up look at its Manufacture abilities and end product. 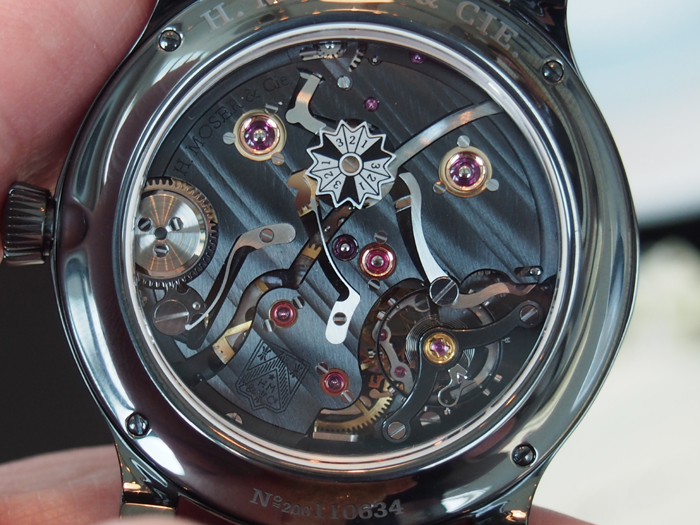 Transparent casebacks allow for viewing of the hand finishing.

So, then, what makes H. Moser & Cie rare? To begin with: the fact that it is a young, family-owned company – purchased by the Meylan family in 2012. At BaselWorld, we spent some time talking with Edouard Meylan about the brand and it’s endeavors. Rightfully so, he is proud to say that in its Manufacture in Schaffhausen, the brand produces its own in-house movements – built and finished by hand.The timepieces are elegantly simple and functional, yet uniquely complex – housing ingenious modes and devices that make them coveted works of art. 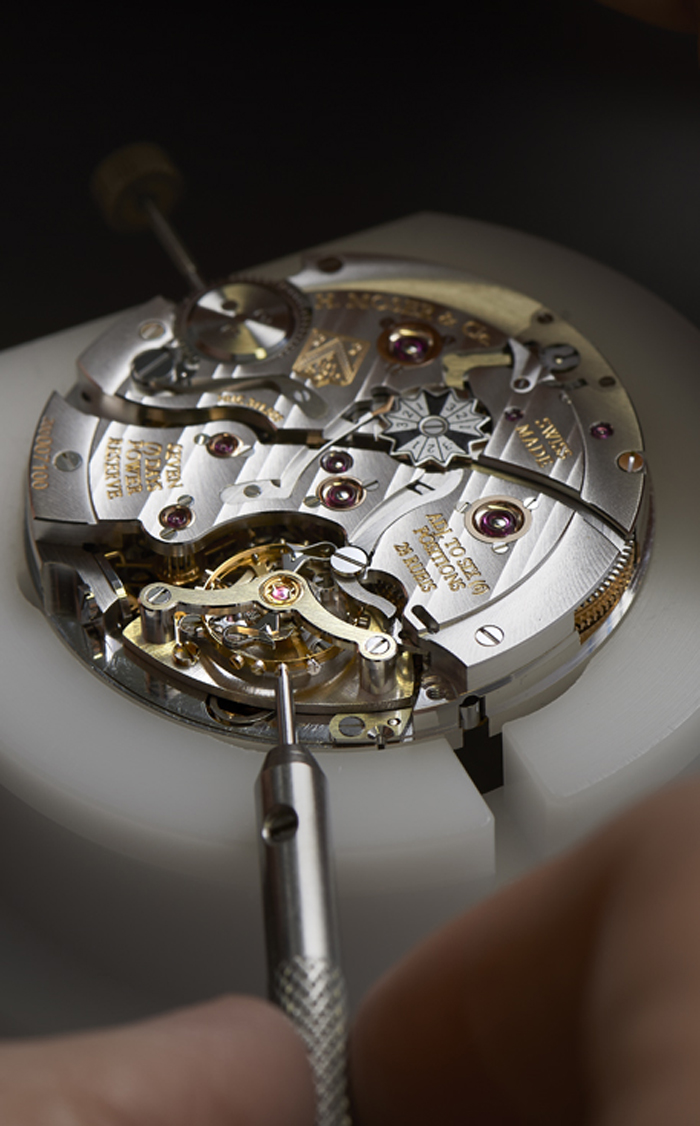 Movements are made in house.

Interestingly, Moser is an unusual brand with a different sort of past.  Born into a family of watchmakers in 1805,   Heinrich Moser founded H. Moser & Cie at the young age of 23 in St. Petersburg, Russia. Yes, Russia. A year later, though, to maintain superior quality in his timepieces and to fulfill order requests from Russia and other parts of Europe, Moser established his watch factory in Le Locle. It would be about 20 years later, during the industrial era, before Moser would return to his native Schaffhausen. There, in 1853, he opened his workshop for the manufacture of cases, and worked alongside other local companies to build industry in the city – harnessing the power of the Rheine for industrialization. Over the years, especially during the late 1970’s and early 1980’s when the quartz revolution took down so many great watch brands, Moser & Cie (of LeLocle) became a part of the Dixie Mechanique Group and no further Moser watches were built. 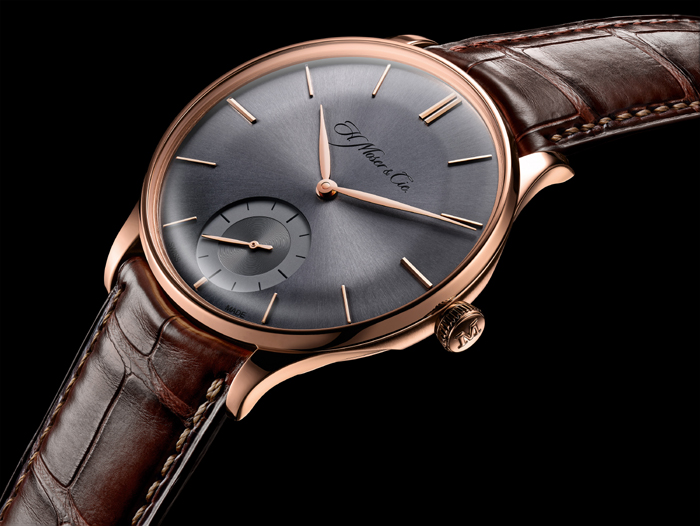 However, 2005 ushered in bold change, when the brand returned to the canton of Schaffhausen with an all-new Manufacture. In 2007, the brand premiered at BaselWorld and introduced its Straumann Hairspring® developed jointly over the course of several years with Precision Engineering AG, Schaffhausen. Since then, the brand has focused on new concepts, new designs and new movements. With the purchase of the company by Meylan two years ago, H. Moser & Cie. is now beautifully positioned to unveil new collections and calibers. 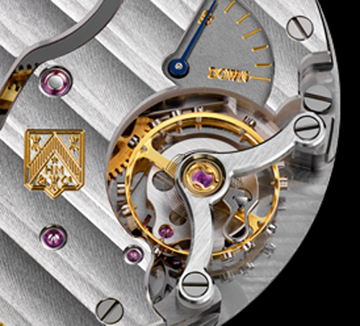 The company, with integrated assembly workshop, highly technical R&D department and in-house quality testing, produces just about 1,000 pieces a year — making each piece rare. All of the design, research and development transpire on premises giving the brand total control over quality and manufacturing procedures. All watch collections are created in small, limited numbers –with the utmost attention paid to detail, and each incorporates one or more of a number of in-house developed features and functions. Such movement features include 7-day power reserve, hacking seconds, perpetual calendar, flash calendar and more. 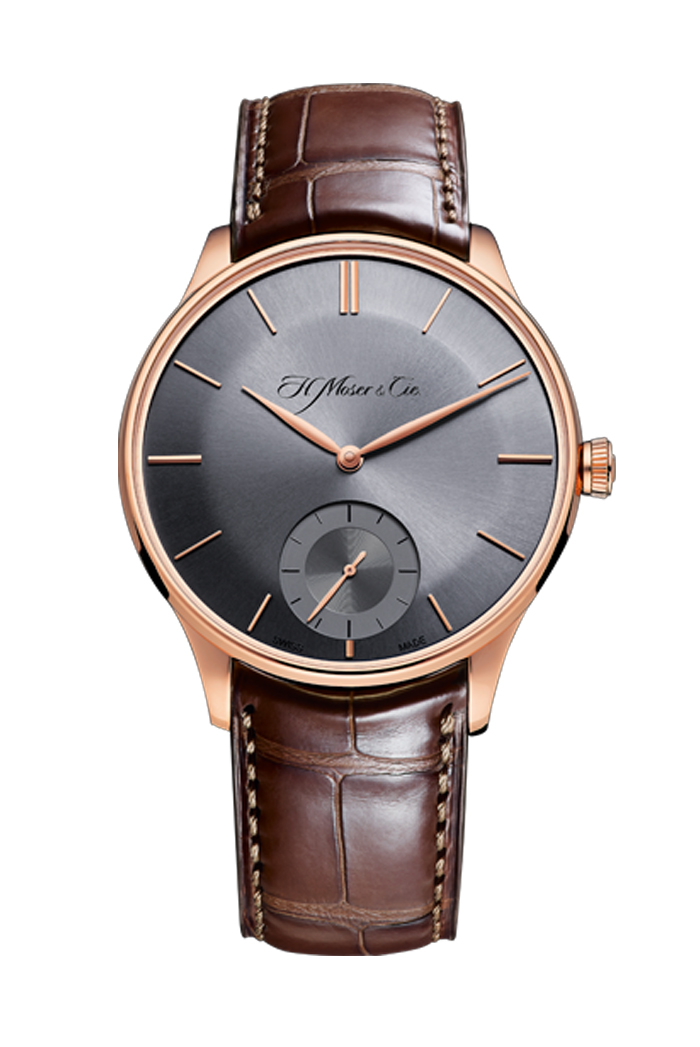 Under the direction of Meylan, the brand currently offers the alluring Endeavour collection of special pieces that represent the first half of H. Moser’s life and work. Highlight pieces include a new titanium with DLC perpetual calendar watch (retailing for about 47,000 Swiss Francs) that joins the incredibly alluring perpetual/flash calendars, Dual Times and other pieces already in the H. Moser lineup and housing the brand’s own movement and hair springs. 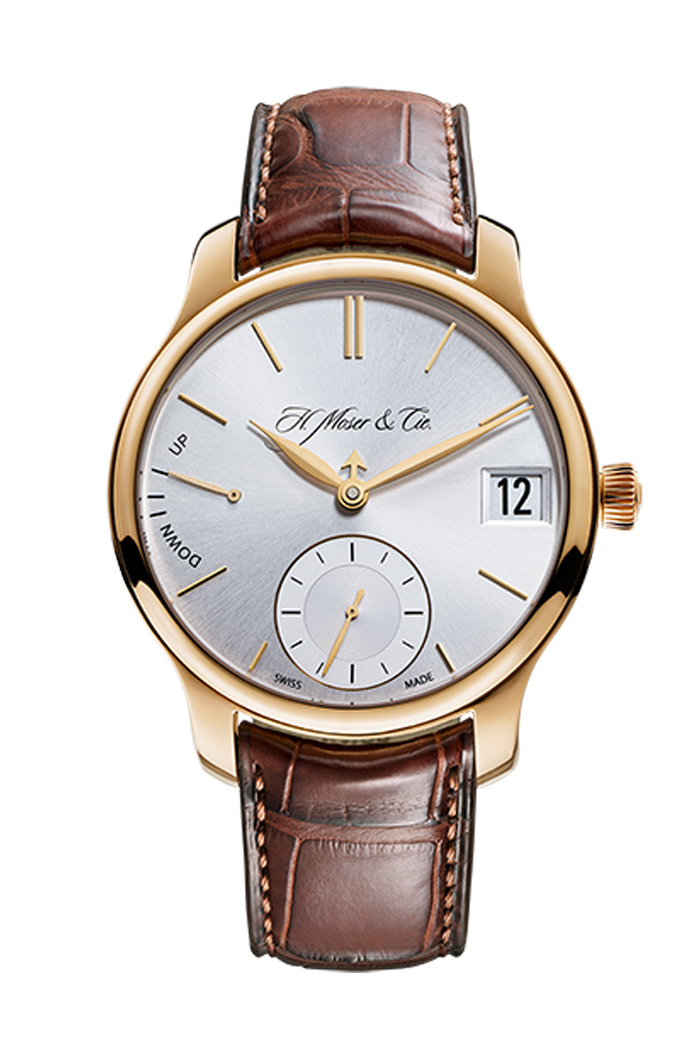 This year, H. Moser announced the development of a new premiere collection  called the Venturer . It is the first full collection unveiling since the Endeavour (2006-to date). Among the first of the new pieces are three Venturer Small Seconds references with hacking seconds function that enable the watch to be set precisely to the second, and the Tourbillon Venturer (slated to be out later this month and retailing for approximately $98,000) with a modular concept. Each watch in the new Venturer line will be well worth the wait. In 2016, a third collection will make its debut.  So, is H. Moser & Cie as rare as they claim? The verdict is in. The answer is: Definitively. With in-house-made timepieces starting at about $17,500—this is one brand you may want to invest in.