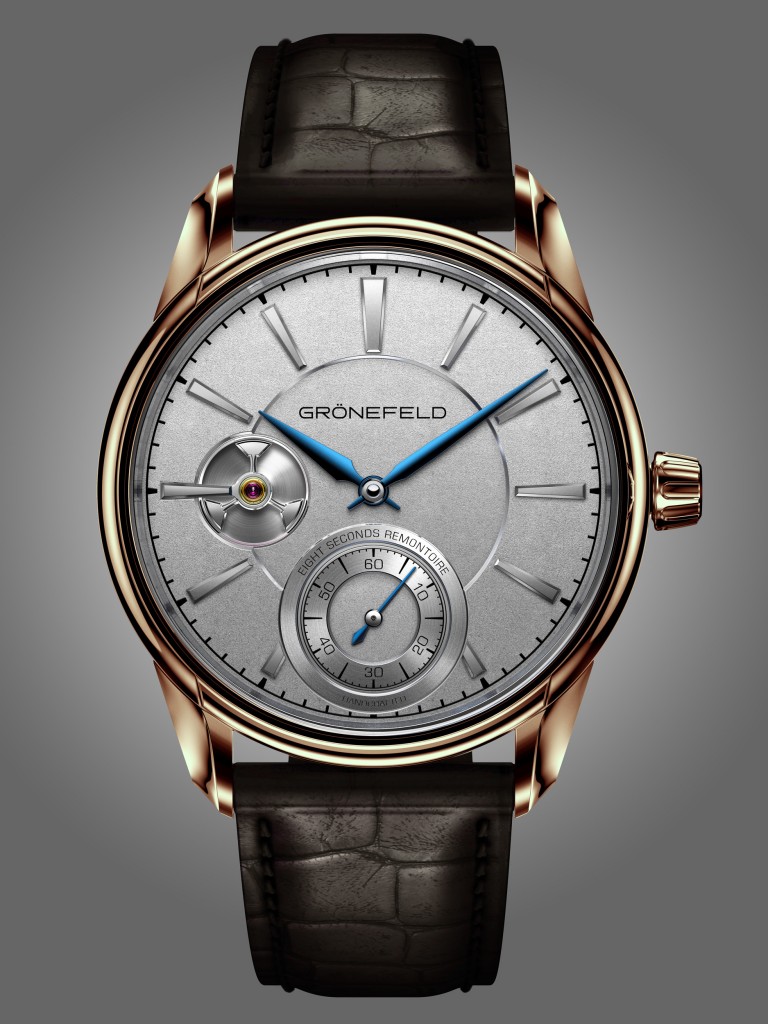 The Gronefeld family has a history of watch making spanning more than one hundred years dating back to its founding by Johan Gronefeld in 1912. Bart & Tim Gronefeld are third generation watch makers that first entered the industry in 2008 with a Tourbillon minute repeater in 2008. They followed up their launch piece with the 2010 release of the One Hertz which was their first in house movement. For 2016 the brothers draw inspiration from their roots with the release of  The Grönefeld 1941 Remontoire.

The source material for the Remontoire comes from the St. Plechelmus church clock. The church was close to the company’s workshop in Oldenzaal and both Bart and Tim grew up within earshot of its chimes.  Johan Gronefeld, their grandfather, was responsible for maintaining the clock. After his passing, the responsibility fell to their father Sjef. Not surprisingly the church clock, with its 30 second remontoire mechanism, has always played an important part in the history of Grönefeld. 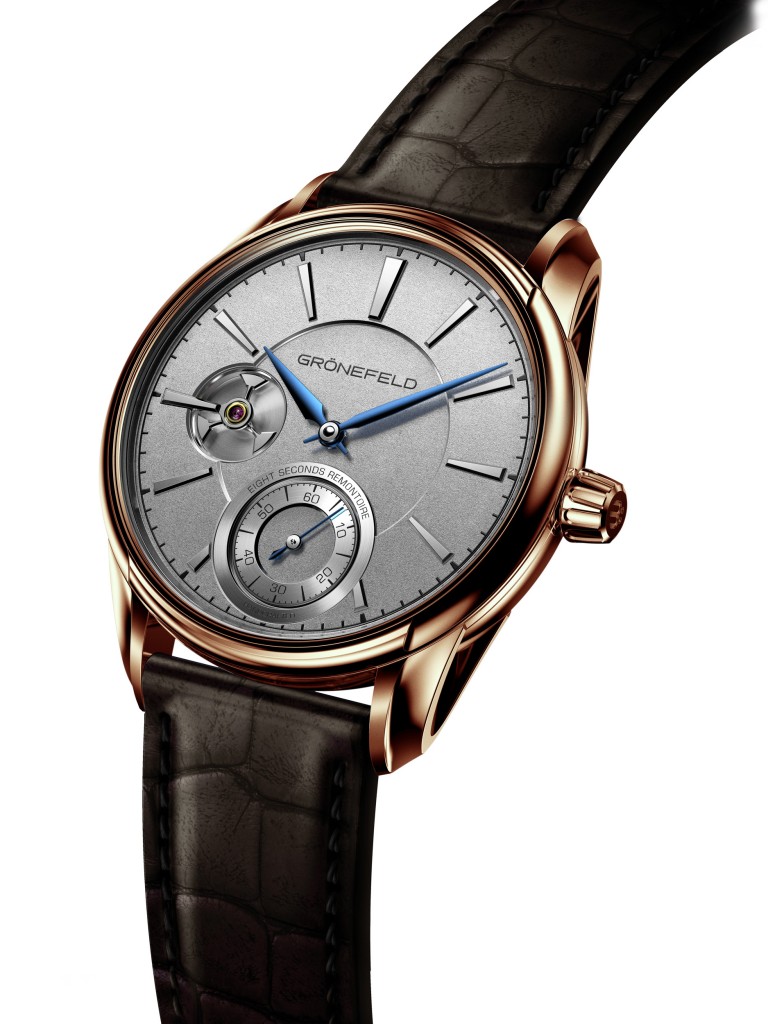 The watch was inspired by historic Remontoire watches and clocks.

The 1941 comes housed in a 39.5 mm white gold case. To add to the finishing the case has been treated with a Palladium 150 alloy making the case less susceptible to wearing out. There is also a 5N red good option available as well. In creating the case a special shaped cutter was used to create its characteristic hollowed, concave recesses and convex surfaces. I between each cutting phase the case is polished prior to the next round of milling ensuring the precisely defined contours of the case are retained.

The love the two brothers have for Horology can be seen in the exacting level of detail taken to create the movement, which happens to be as much artistic expression as it is horological execution. The stainless steel bridges of the piece are meant to be a replication of the facades of Dutch houses known as ‘bell gables’ and is a nod to the homeland of both Tim and Bart. The bridges are hand beveled and shine when they catch the light. As a contrast the centres have been microblasted and adorned with a relief engraving. The movement features good chantons and mirror polished screws that have chamfered rims and slots. A number of other surface areas have been treated with the entire catalog of hand finishes: snailed, grained, spotted and frosted surfaces. 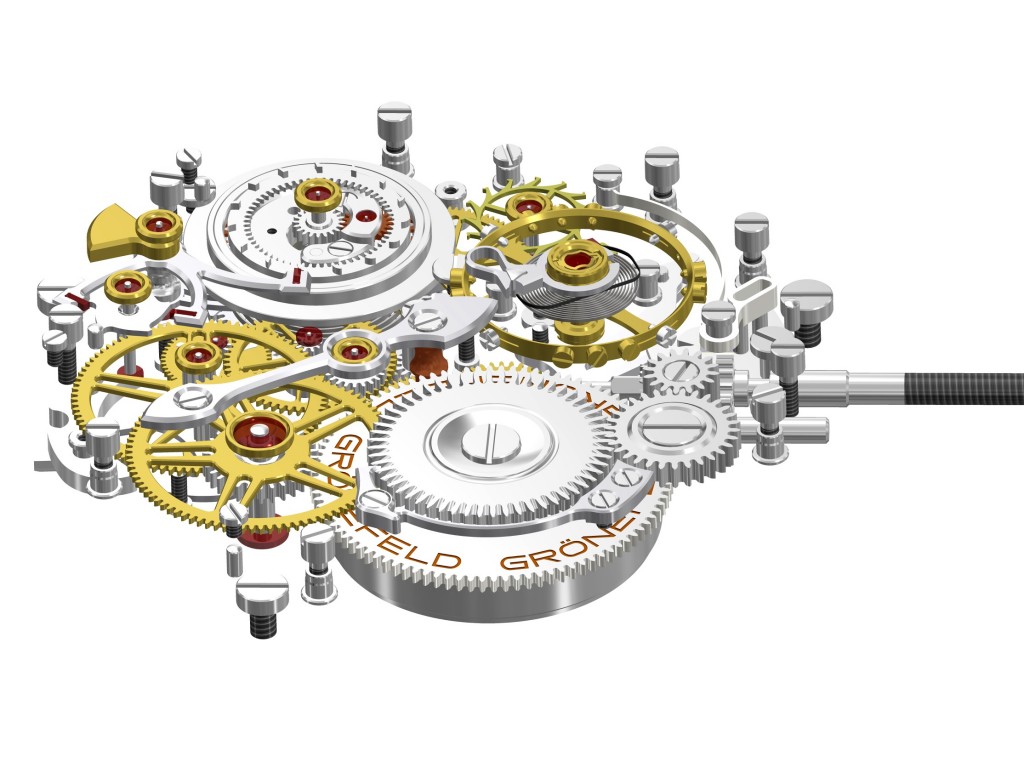 View of the Gronefeld 05 Movement, without bridges

A Remontoire is a watch mechanism that increasing the accuracy of a piece by evening out variations in drive force. To that end, the 1941 features an eight second content force mechanism which helps to ensure there is no loss of amplitude over time. To put it another way, the watch features a 36 hour power reserve. As the power starts to wind down on some watches the power provided to the balance wheel starts to decline as well, which can result in a loss of accuracy. The constant force mechanism does away with this.

The 1941 is a great addition to the constant force market place. The classic styling and slim case design make it one for the horological purist. The price for the 1941 in white gold is 50,850 Euros and the red gold will retail for 49,500 Euros. 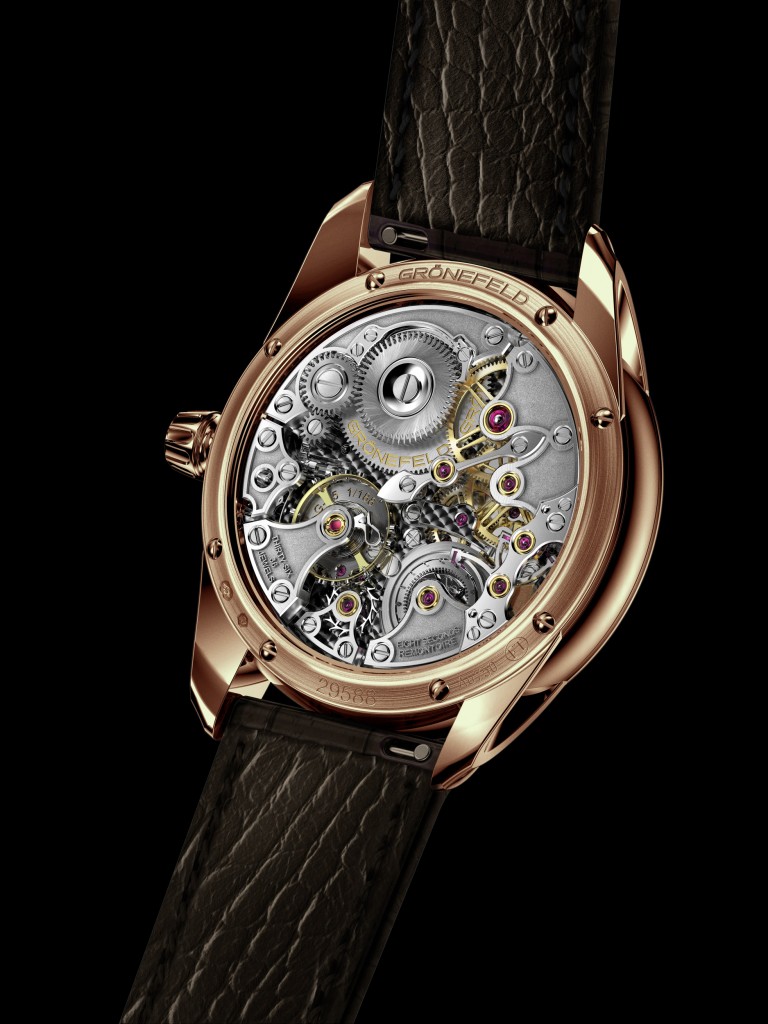