We wrote a complete review of the Tutima TempoStopp watch  in April — right after it was introduced in honor of the brand’s 90th anniversary, but it is worthy of another look because this is a very special German watch.

Easily one of the most complex timepieces to build, a bi-compax chronograph represents one of the pinnacles of watchmaking.  Tutima’s    Tempostopp watch, like its Hommage  minute repeater, is the result of years of research and development carried out in the brand’s Glashutte workshops. It is the fourth in-house caliber following the repeater movement, the dual time movement, and the small seconds movement. 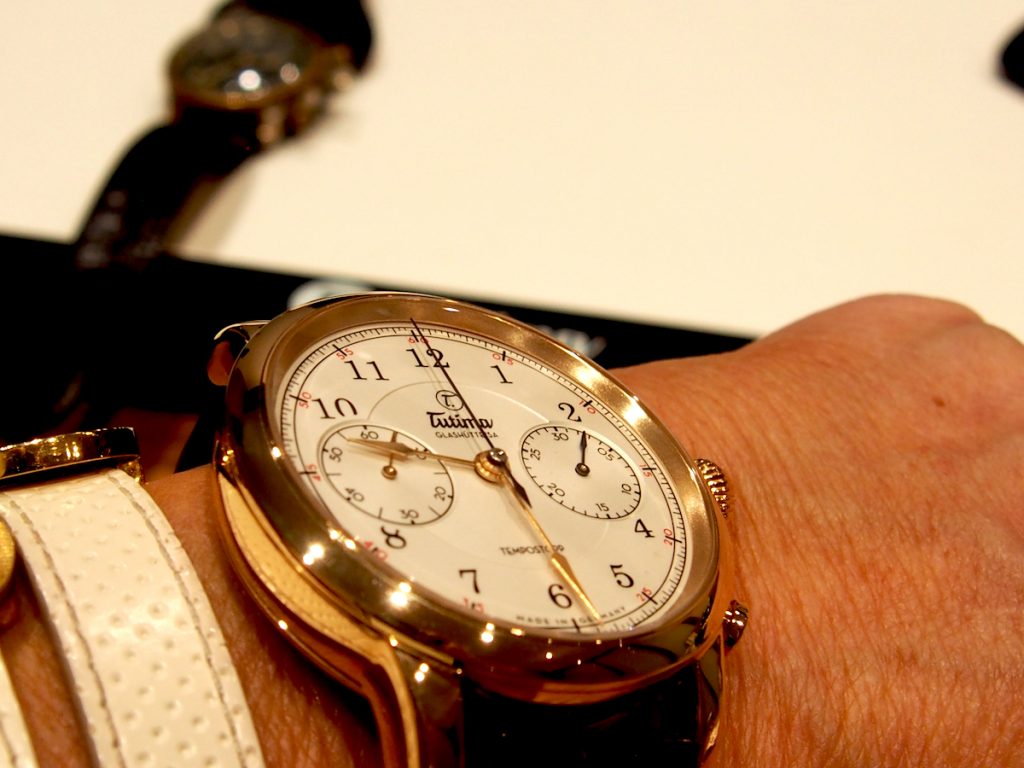 The Tutima Tempostopp watch features a harmoniously balanced dial that complements the complex caliber inside.

The concept for the new watch was Inspired by a vintage 1939 Fliegerchronograph, which, in its day, was  referred to as the Tempostopp. 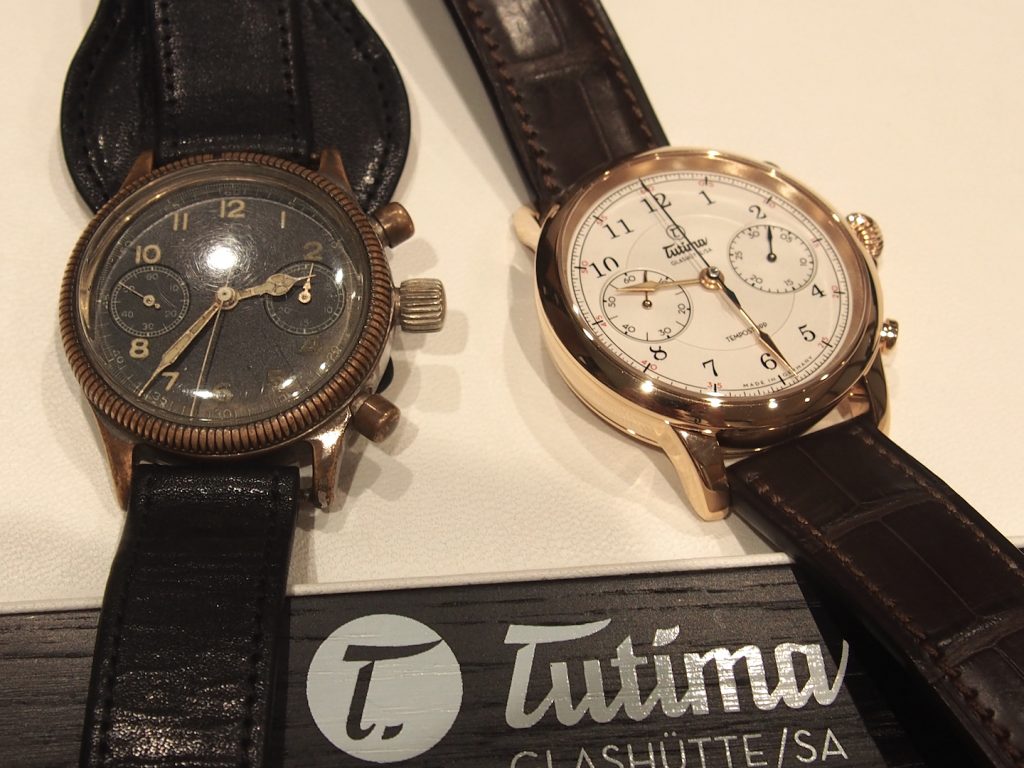 The new Tutima Tempostopp watch (right) was inspired by an original Fliegerchronograph watch by the brand made in 1939 (left).

The  movement,  caliber T659, is a  hand-wound column-wheel chronograph with flyback function. It is composed of 237 parts and is equipped with a horizontal clutch, as well as a Breguet hairspring and a balance. With 65 hours of power reserve, the Tempostopp features a flyback function to instantaneously restart with a press of the button at 4:00. 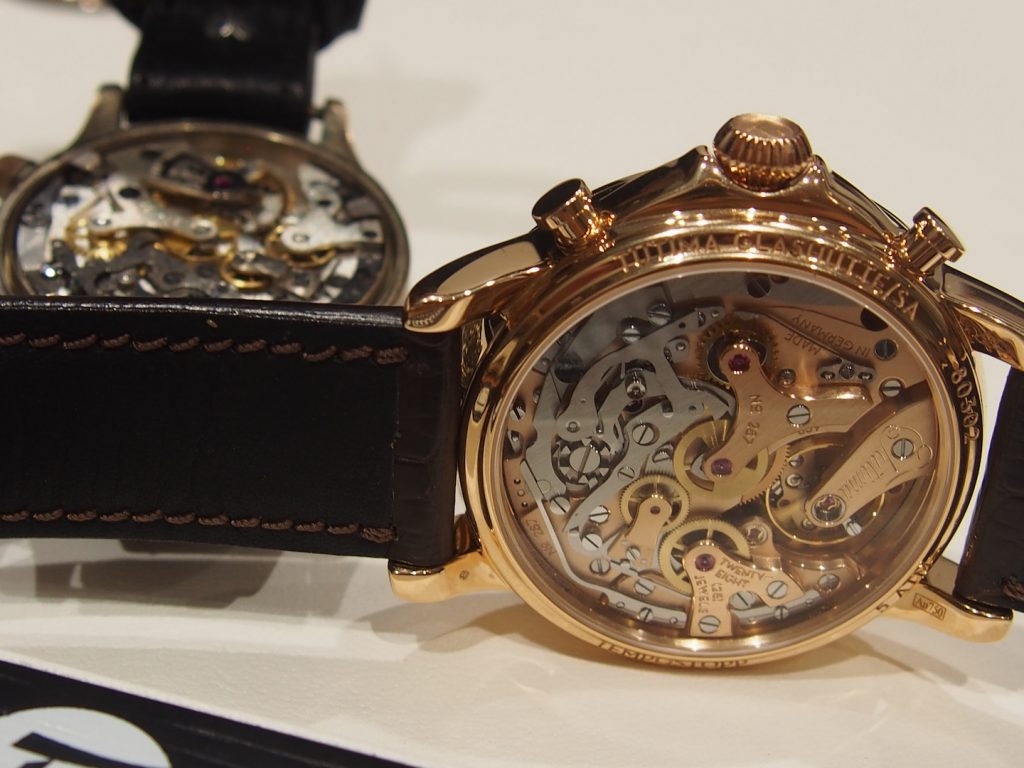 The new caliber T659 for the Tutima Tempostopp is meticulously finished and can be viewed via a sapphire caseback.

The Tutima Tempostopp watch is a 43mm 18-karat pink gold beauty with a two-level dial and two sub-dials for the  chronograph and an outer chapter ring for the fractional seconds scale for the chronograph. It retails for $29,500. 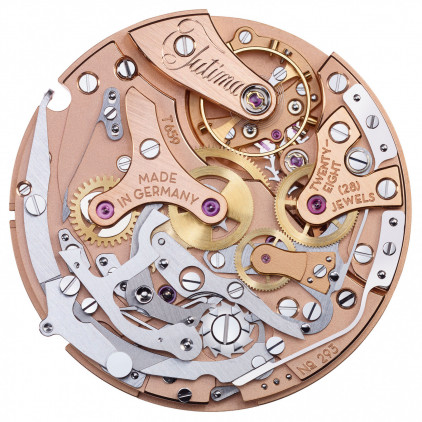 Tutima caliber T659 made for the Tempostopp