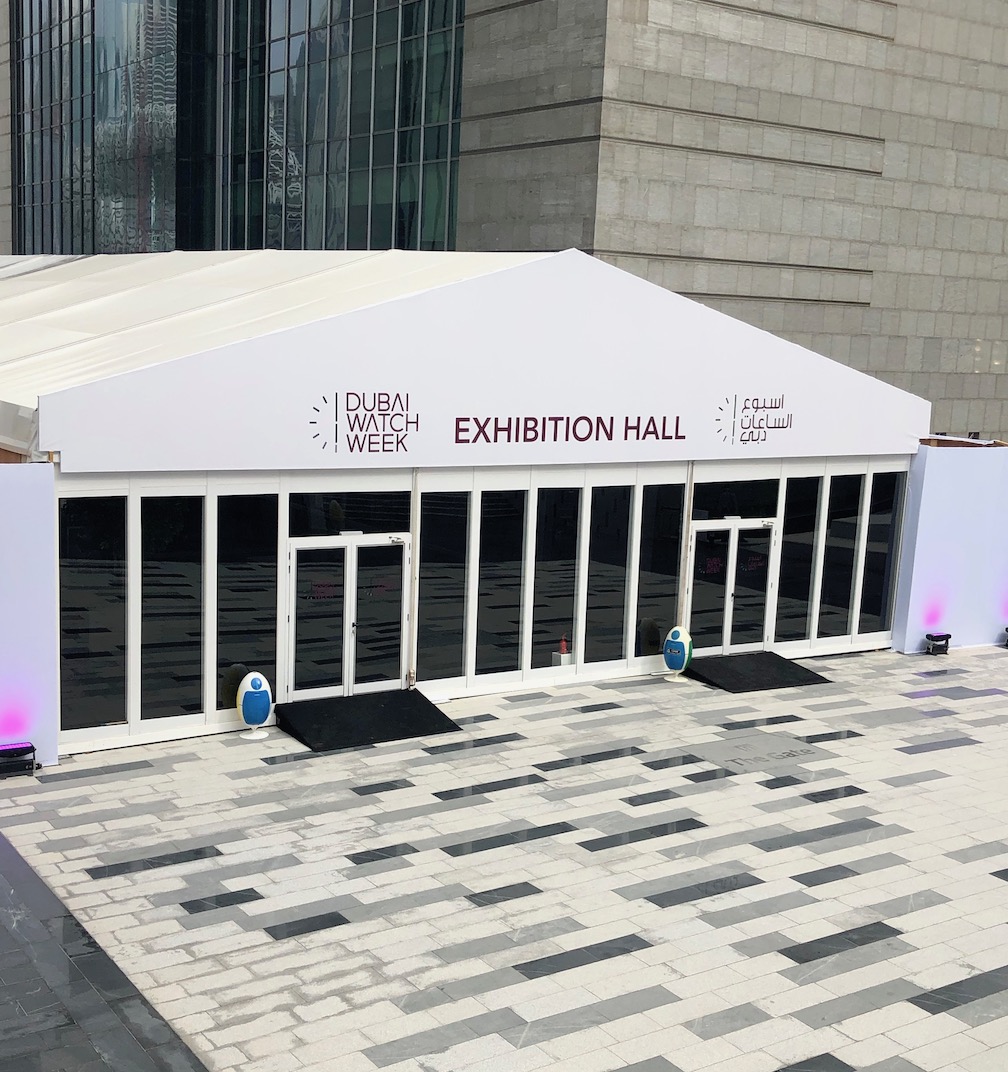 It happened in late November, just before we here in America celebrate Thanksgiving. Which is why this report is a bit late. What am I talking about? Dubai Watch Week. While I have already written several articles about Dubai Watch Week (DWW) already for some of the other publications I write for (including a story on women watch collectors in Dubai, and the Seddiqi Seven watches for WorldTempus.com),  I wanted to take a few minutes to reflect – honestly – on what I witnessed at Dubai Watch Week and why I think it could have all the makings of something great. 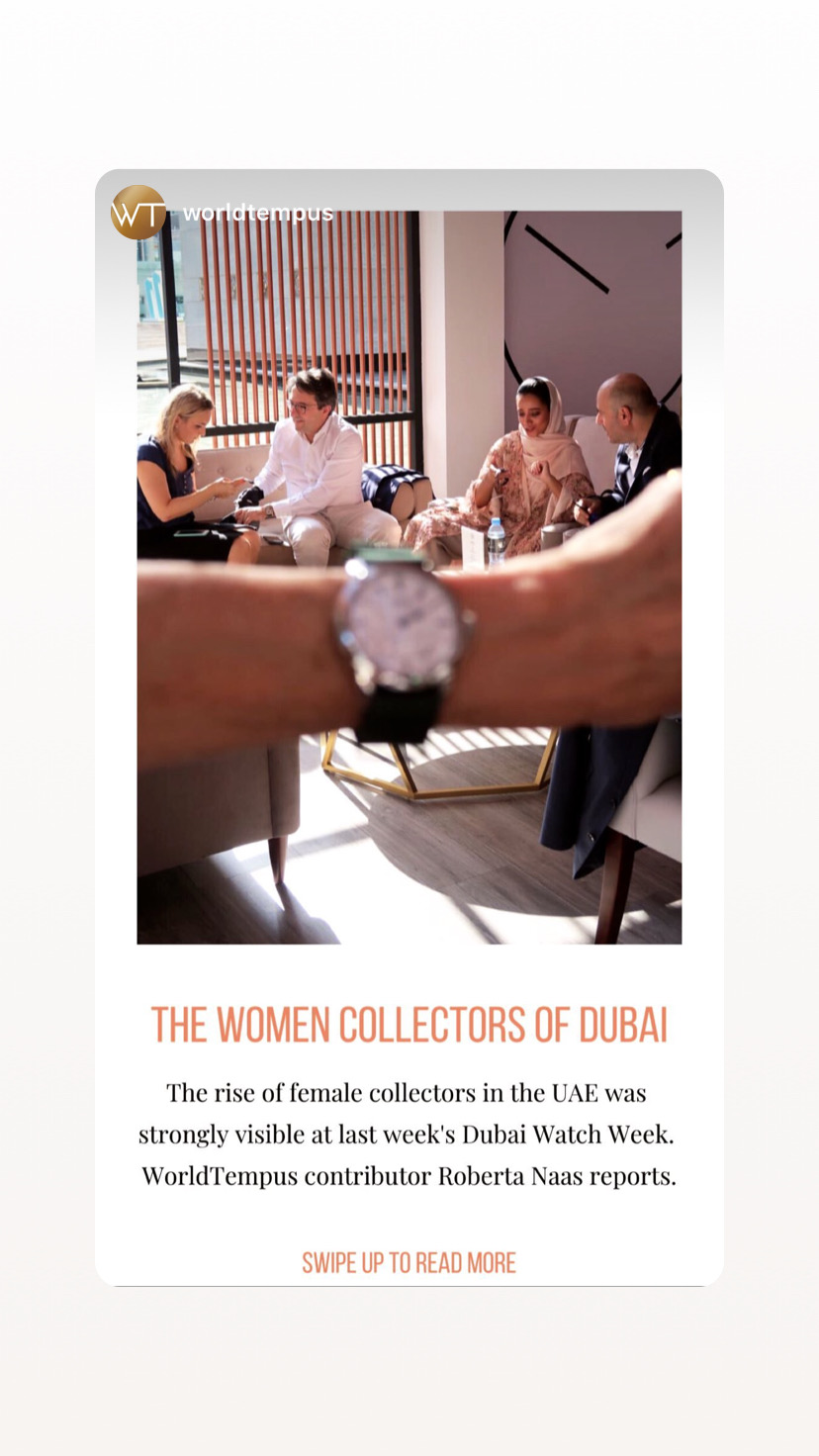 Screen shot of my article on women collectors in Dubai on WorldTempus.com

I will admit, it was my first time attending. Since the show began, the organizers Ahmed Seddiqi & Sons – the largest retailers in Dubai – have invited me. For various reasons over the years I have had to decline the invitation. This year, though, with all of the changes going on around us in the world of watches and watch shows, I needed to give it a go. Afterall, I joined the 2019 Swatch Group Summit and the 2019 Movado Group Summit. I have been covering the changing world of shows and summits throughout the year on my business platforms, such as Forbes. So, as a business journalist with a hard-earned Master’s Degree, how could I not attend DWW if I wanted to write an informed review of it and a comparison of it to other shows?

Held in the Dubai International Financial Center (DIFC), the show – while sustaining pavilions for Christies, for panel discussions, for presentations and workshops, as well as for dozens of brands to showcase their products – is very compact and easy to work. The spirit is uplifting and positive and it is well attended by executives of most of the brands and even some watch world luminaries, as well as some great outside talents including the occasional actor and chef. 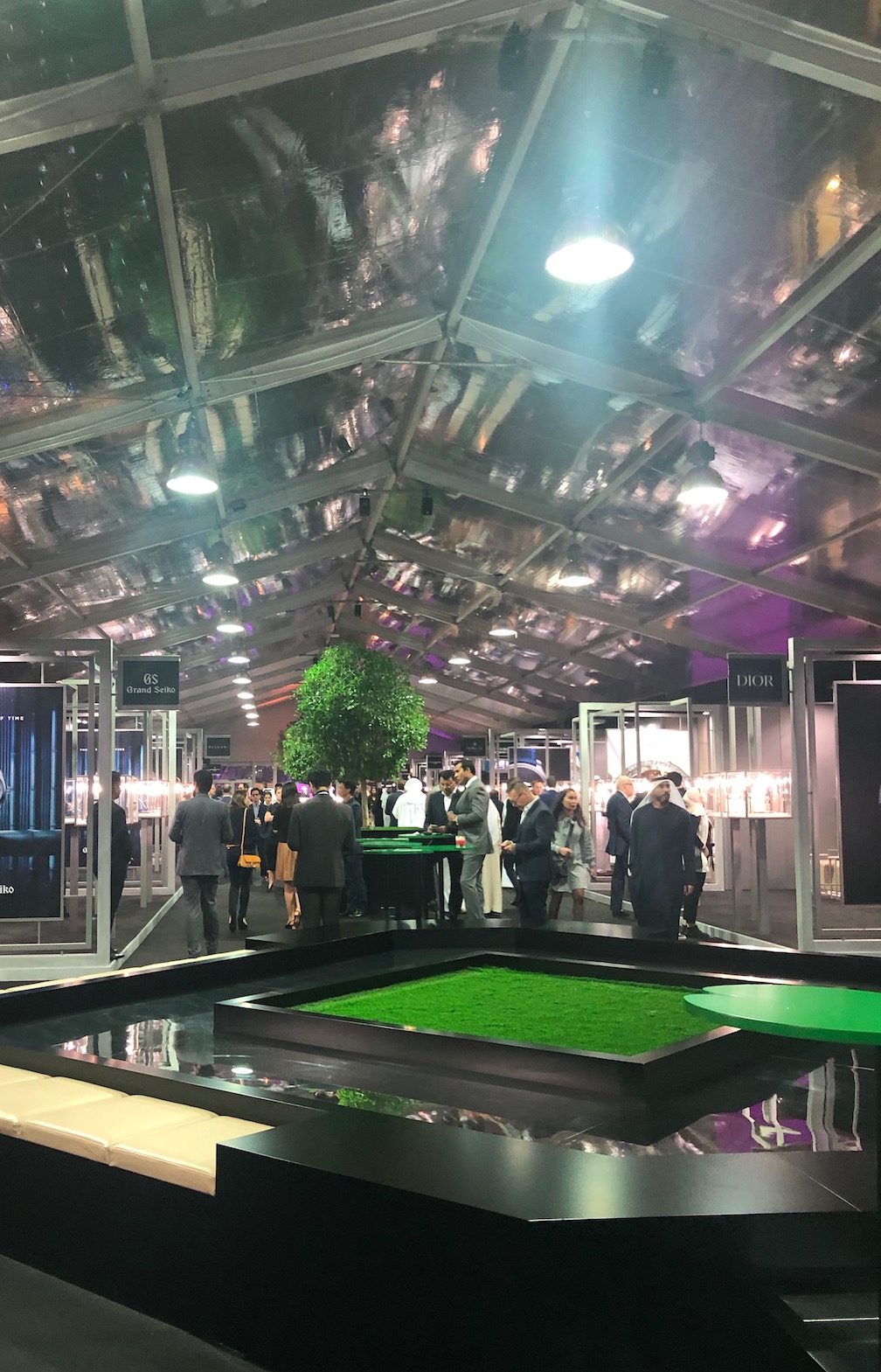 Inside the exhibition hall at Dubai Watch Week 2019

While some visitors appear to have drank the Kool-Aid — insisting that DWW is the best thing since sliced bread (or its equivalent in the watch world) – I am afraid I must have been drinking water (or maybe wine…. Or both). Don’t get me wrong. I was impressed with DWW. I was also impressed with the Movado Group Summit — most likely because they each have similar important things to offer that in today’s world every watch summit/exhibition needs to offer:

That said, even though DWW is young and has a lot of room for growth and expansion, it also has a lot to offer that other shows could learn from, especially shows that are open to the public. 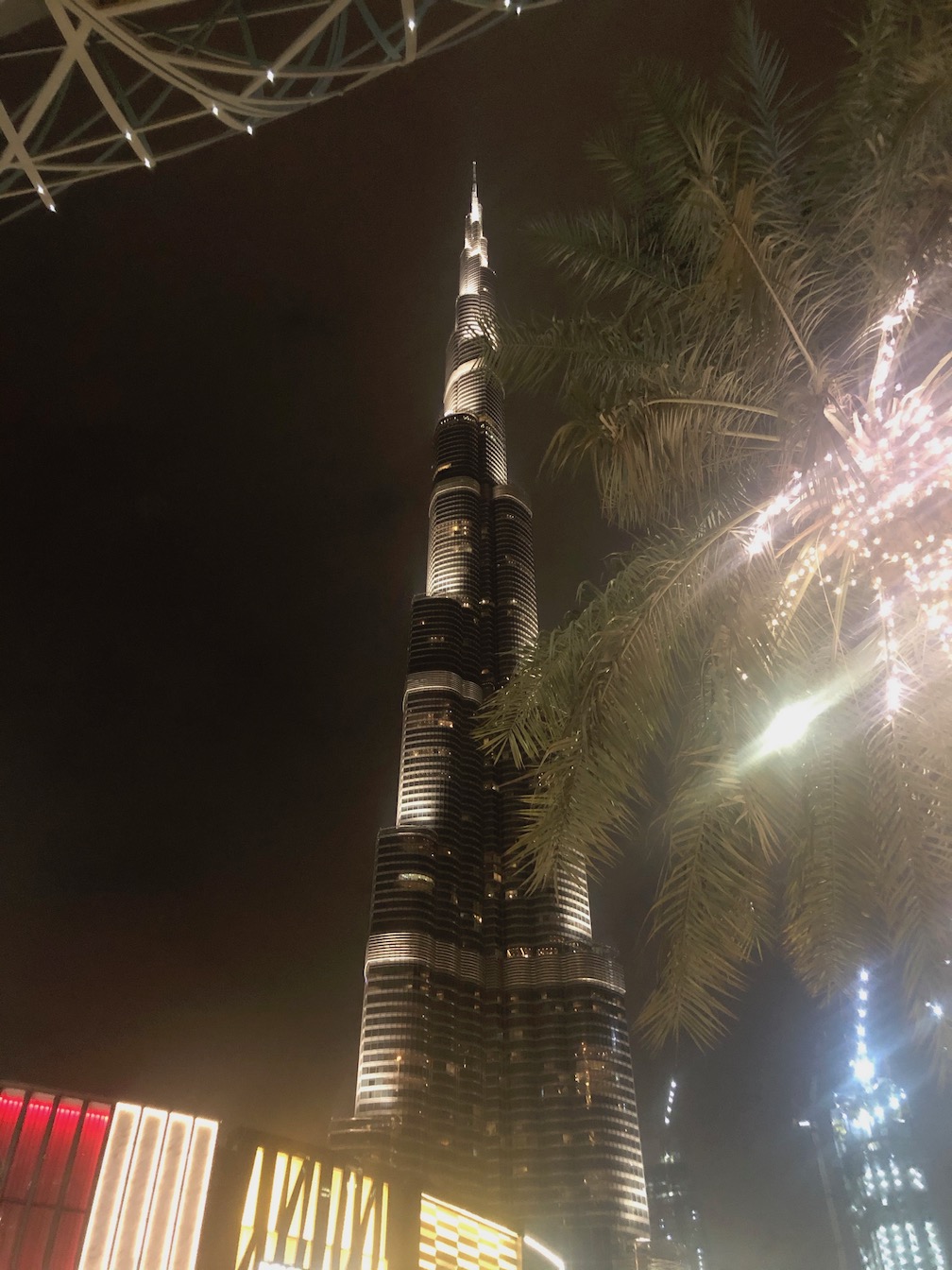 One of the things I liked a lot about the format was that no one was required to attend anything. Still, except for maybe one weekend day when some people stole away to the desert or the mall, the discussions and events were well attended. Some events overlapped or took place concurrently, sometimes making it difficult to attend everything, but that made it all a bit more enriching.

No Man Is An Island 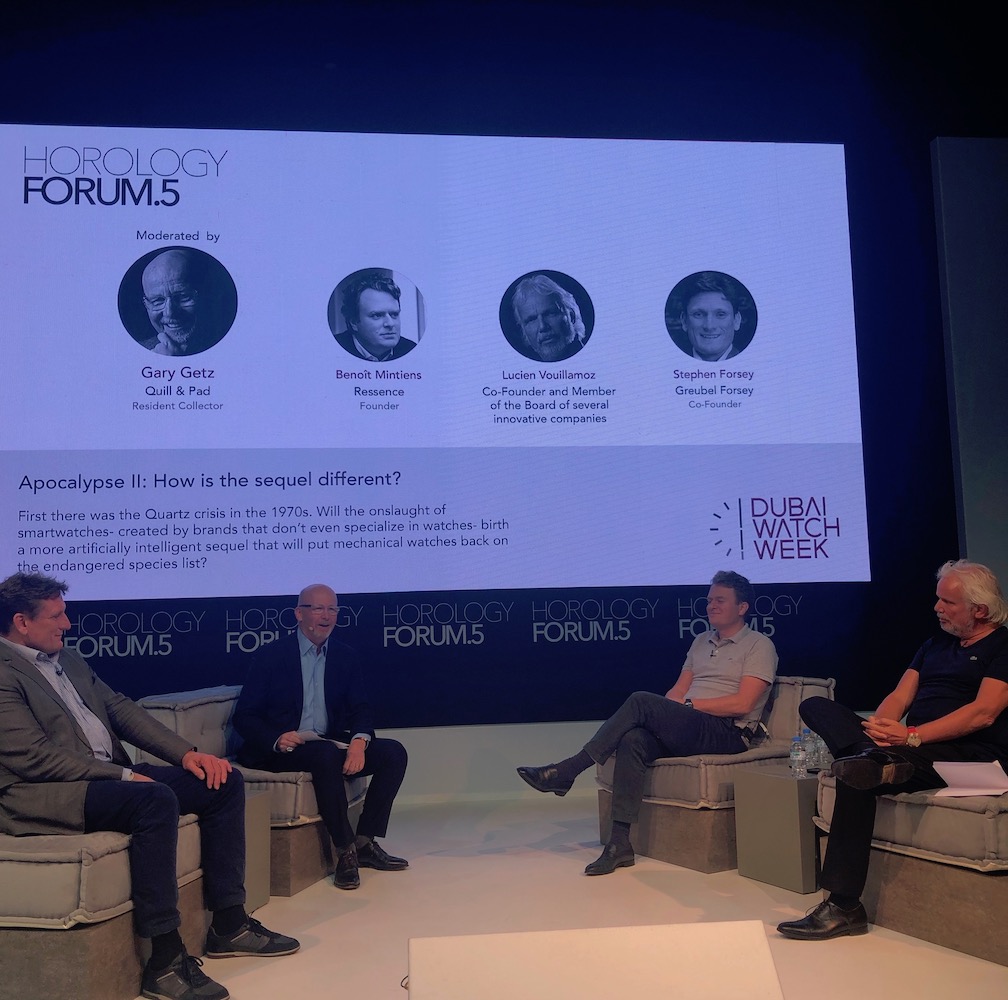 Panel discussion: Apocalypse II: How is the sequel different? focused on quartz crisis versus the smart watch invasion. Moderated by collector (and friend) Gary Getz, with Stephen Forsey of Greubel Forsey, Benoit Mintiens of Ressence, and Lucien Vouillamoz, Co-Founder of HYT and a host of other companies.

The Seddiqi family also didn’t think they could go it alone – they brought in all the big guns, so to speak. Christies was present not only to showcase historical pieces, but also, and more importantly, to offer workshops on collecting, bidding and more. With the auction world being such a big business ($16.2 billion last year), it is vital to have this component at a fair where attendees are consumers and collectors, as well as press.

The educational component included master classes of manageable sizes and time lengths and that were diverse enough that you could do more than tinker with a movement. Here again, the organizers didn’t take it upon themselves to offer these classes as experts, instead they called on brands – including the beloved Preziuso father and son team, and Damascus steel expert GOS (among others) – to bring a different perspective to the table and share what they do. 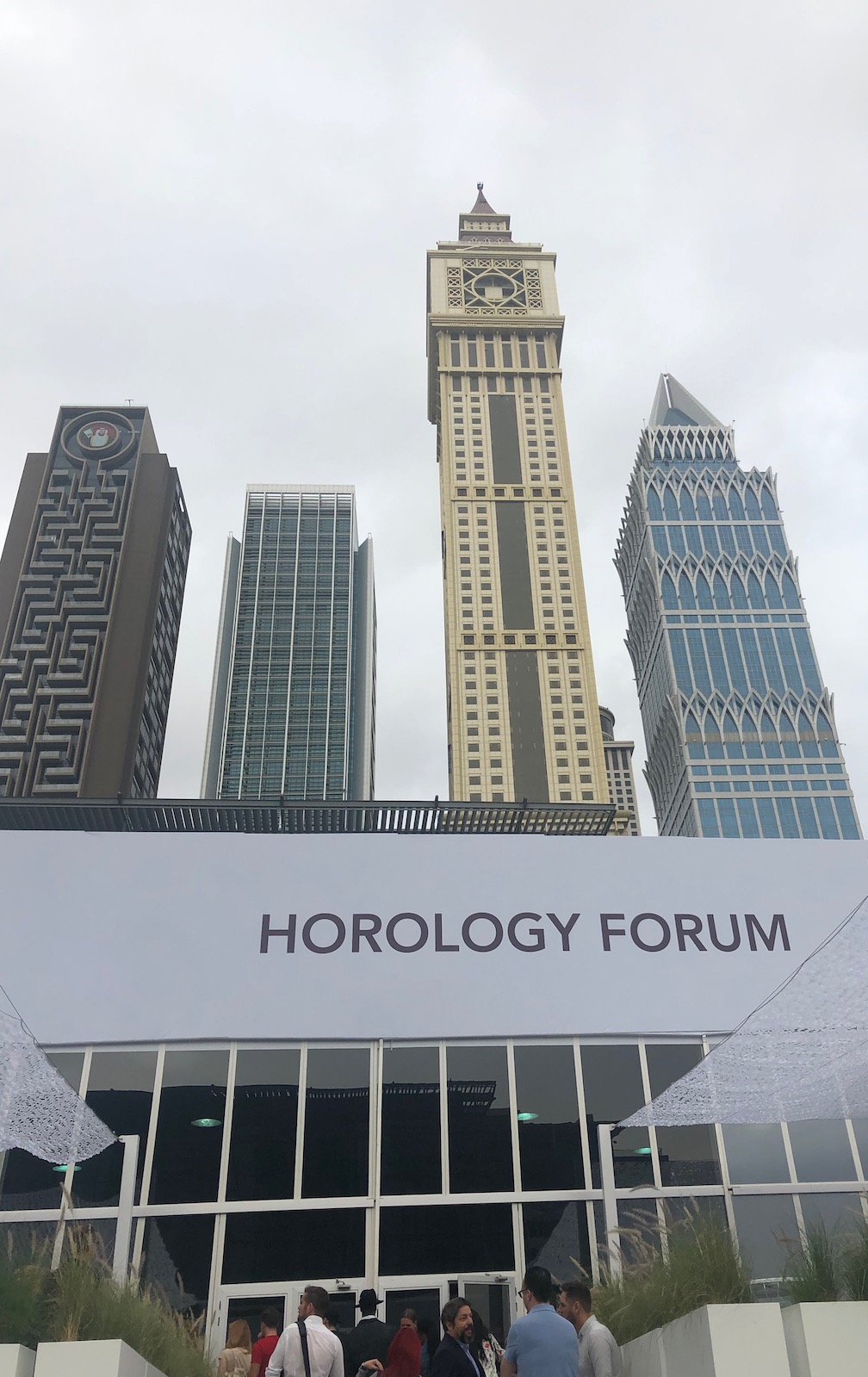 The Horology Forums were held in a small building opposite the Creative Hub and adjacent to the Exhibition Halls — all very compact and walkable.

Success Is All About People  … And Trust

There were also a host of panel discussions as part of the Horology Forum that were more like a free exchange of thoughts and ideas and — as long as one went into them knowing they weren’t geared to be earth-shattering learning experiences — were lively and insightful. I was particularly impressed with the panels that included actor Aldis Hodge, whose honesty and forthrightness is refreshing, and Chef Izu who brought a genuine spirit to the forefront about what it takes to be a master. 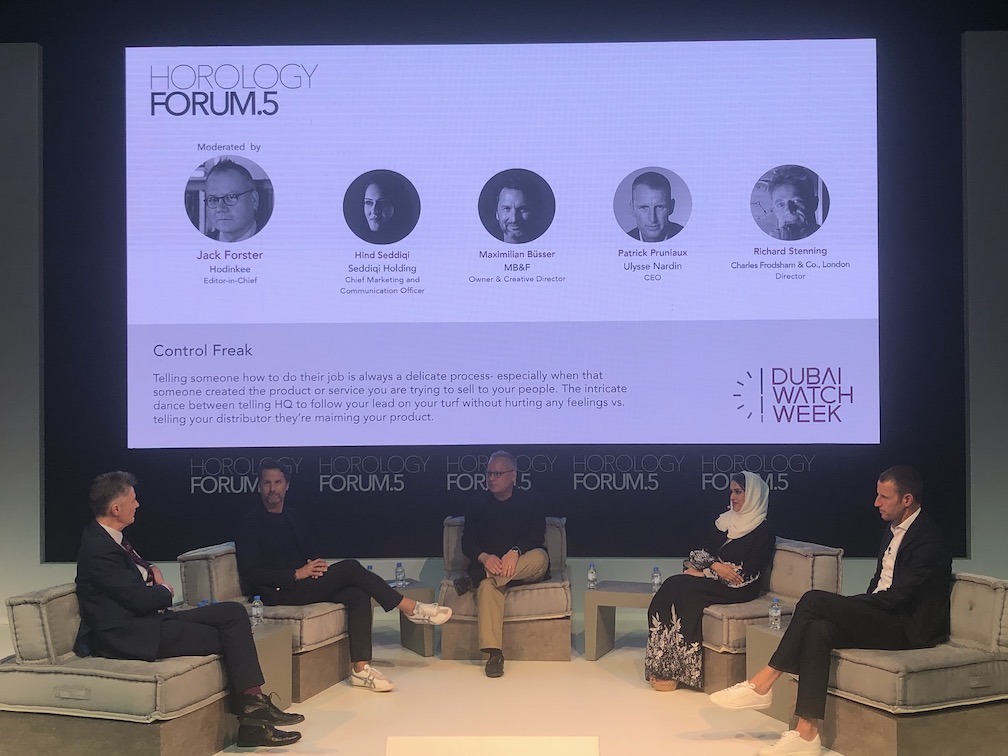 Other panel discussions witnessed the CEOs and top designers of the brands sharing their thoughts on a host of topics. What made these discussions enjoyable was knowing that they were comfortable enough to laugh, joke and show their human side. It reminded me of a couple of decades ago (before the big conglomerates bought out all the brands and put them under competing umbrellas) when the watch industry was a big family built on trust, integrity and camaraderie. Sure, everyone was competing, but did so with dignity and grace.  It was nice to see this spirit pervade the atmosphere again at DWW.

This brings me to the topic of the interaction with, and accessibility to, top watch brand executives and watch world legends such as Jean-Claude Biver, Francois Paul Journe and Philippe Dufour, among others.  It was nice to see them not only taking part in panels, but also, and maybe more importantly, sitting in on other discussions and supporting one another. 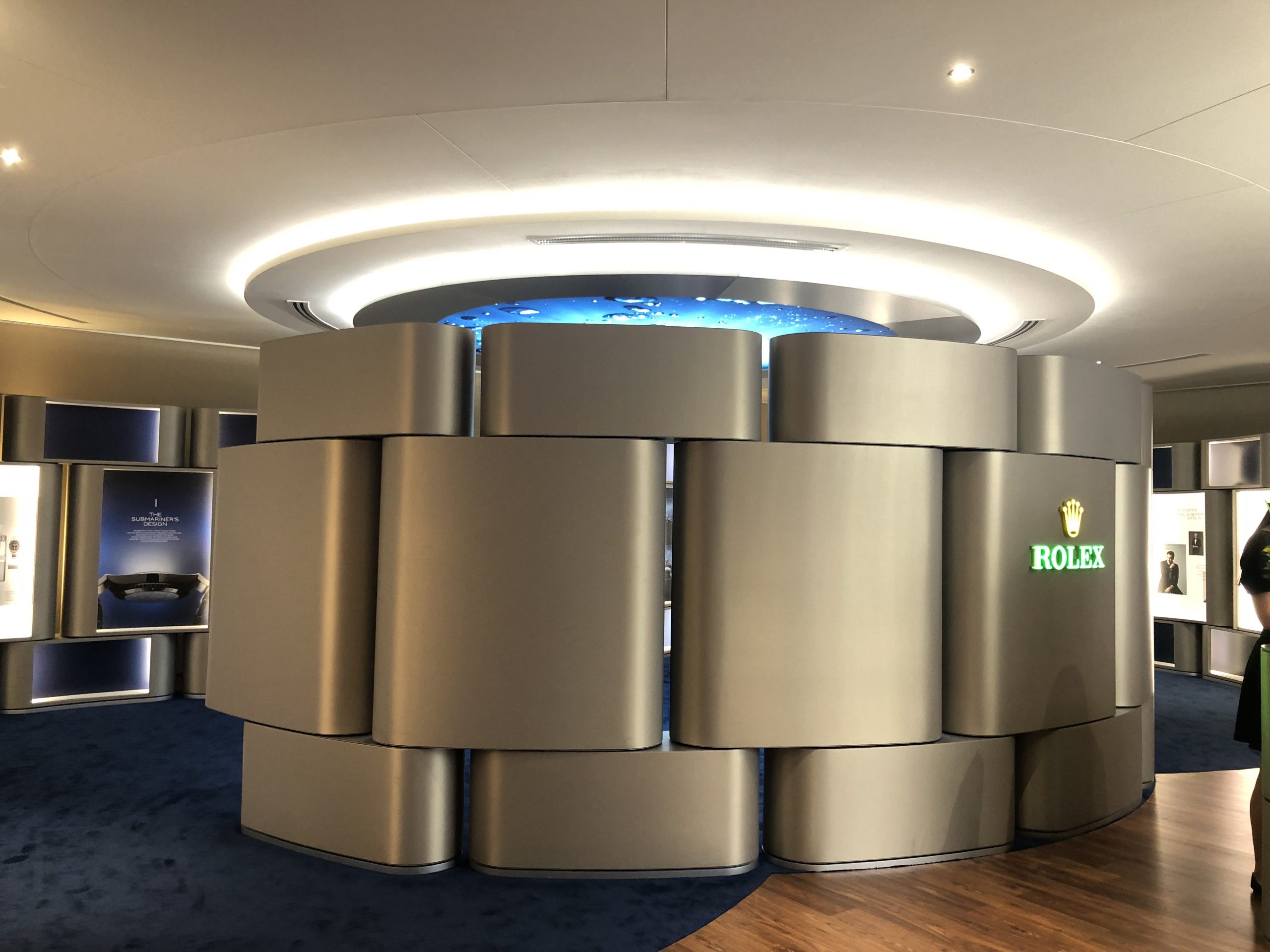 The Rolex boutique at Dubai Watch Week was circular in nature, with the famed bracelet forming the walls and an entire showcase within.

Last, but certainly not least, was the product. This year for the first time, Rolex showcased with a stunning stand-alone boutique and one of the most impressive historical presentations of its timepieces I have ever seen. On the opposite side, Chopard established an entire boutique dedicated to the new Alpine Eagle collection and even brought in some important participants to discuss sustainability.  (They also had some pretty rockin’ cocktail parties, complete with – well – a lot of journalists and execs dancing and singing.) 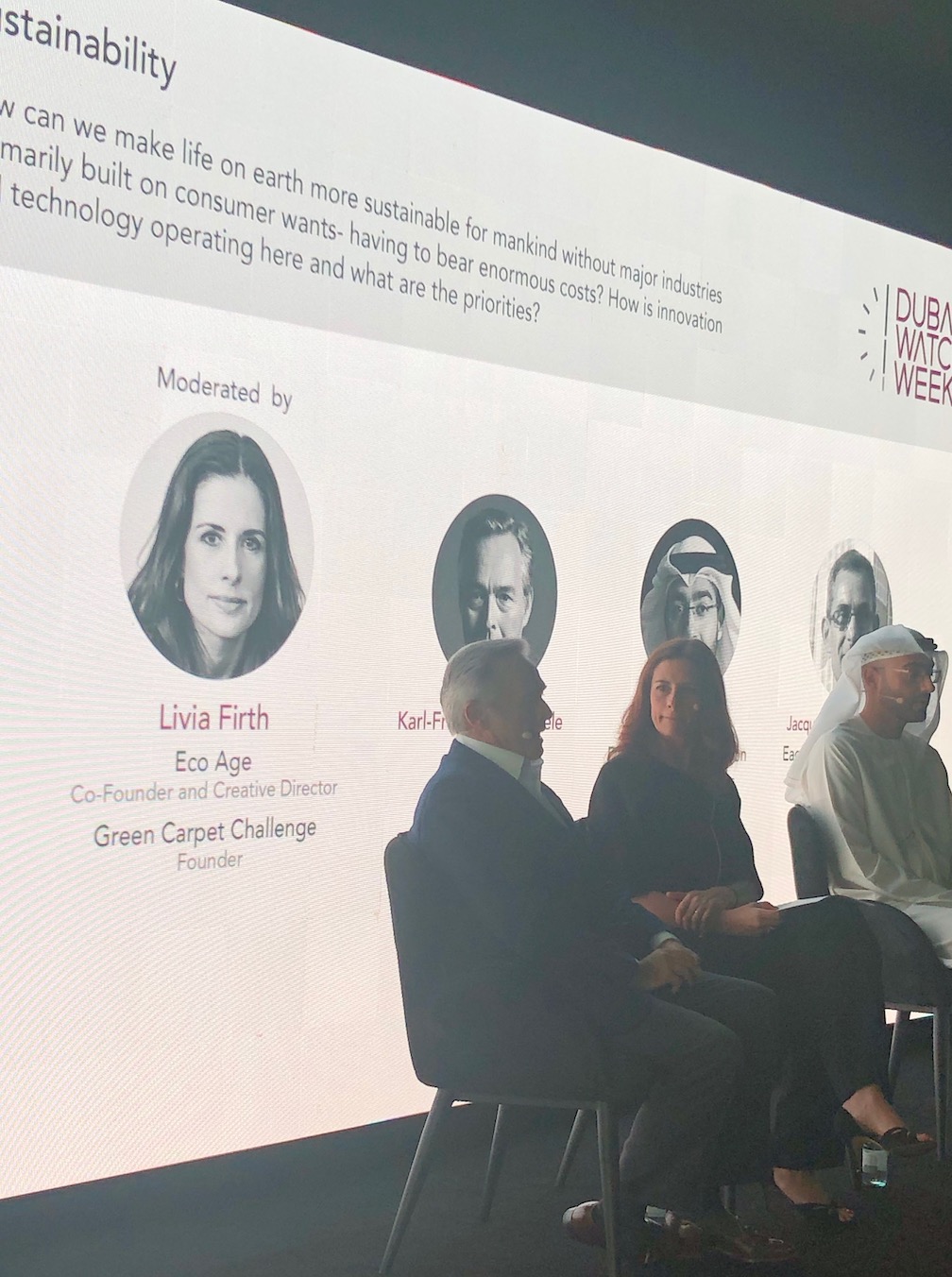 Chopard discussion on sustainability at the Dubai Watch Week 2019

Inside the main hall, another 40 brands had booth space to display their newest watches – and at least a dozen brands had specialty pieces to showcase for the occasion. Others offered sneak previews of embargoed pieces. Often, you could sit and talk directly with the CEO or the top designers – making a presentation of new product so much more intimate and vastly more informative.

Oh, and did I mention there was lunch? Not only was lunch offered by the fair at the pop-up Cipriani restaurant, but also every day there was actually time to sit with friends and enjoy the meal. There was even time to have a little fun. 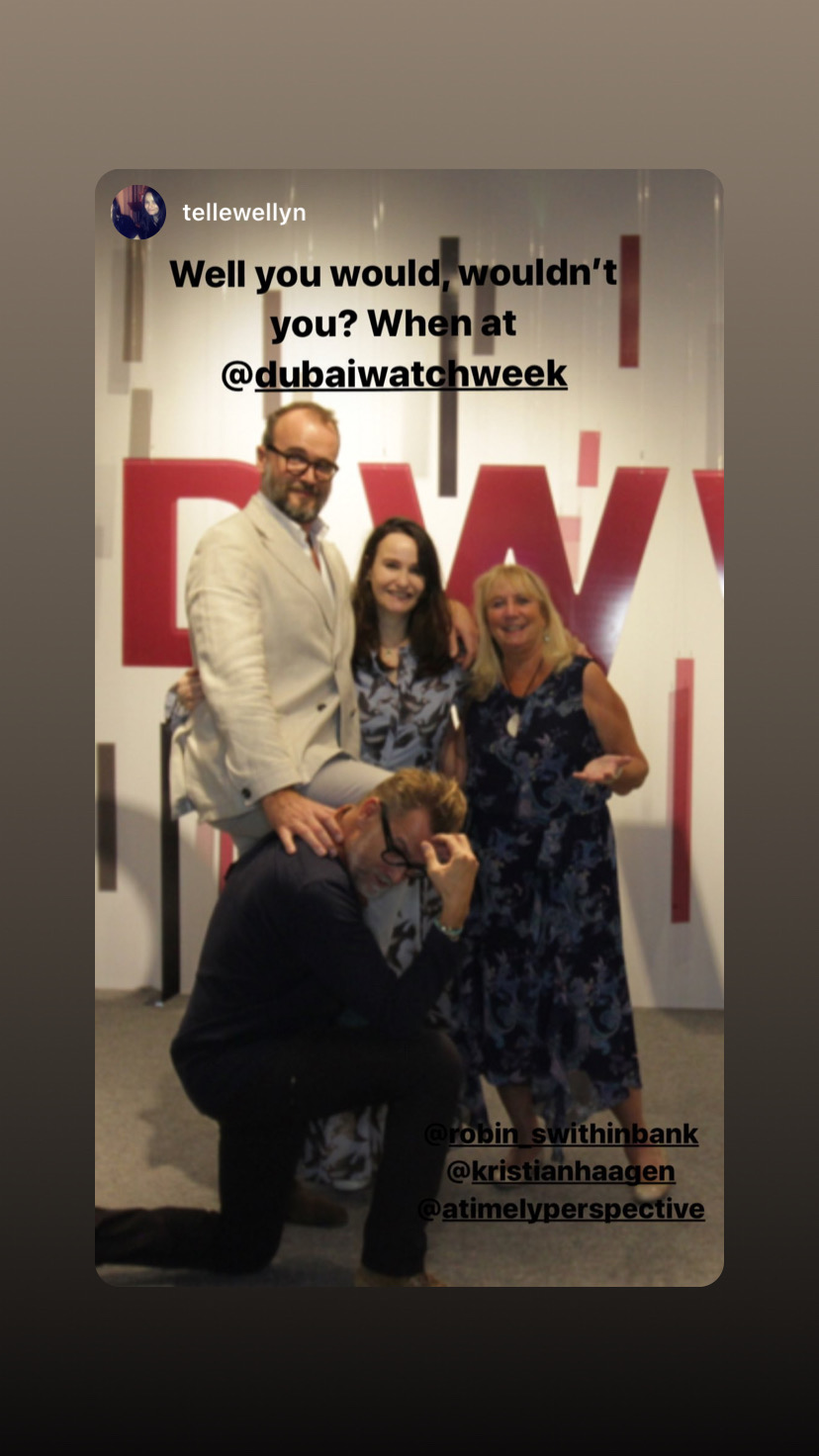 Looking to 2020 Watch Exhibitions and Summits

In short, I am glad I attended Dubai Watch Week. Was it earth shattering? No. Was it easy, enjoyable and informative? Yes. Did I learn something? Absolutely. We all know product is king, but sometimes, offering that product up in an enriching environment that supports discussion and showcases innovation offers a new context, one of depth and dimension. Can all of the shows do this?  On some level the answer is definitively yes. 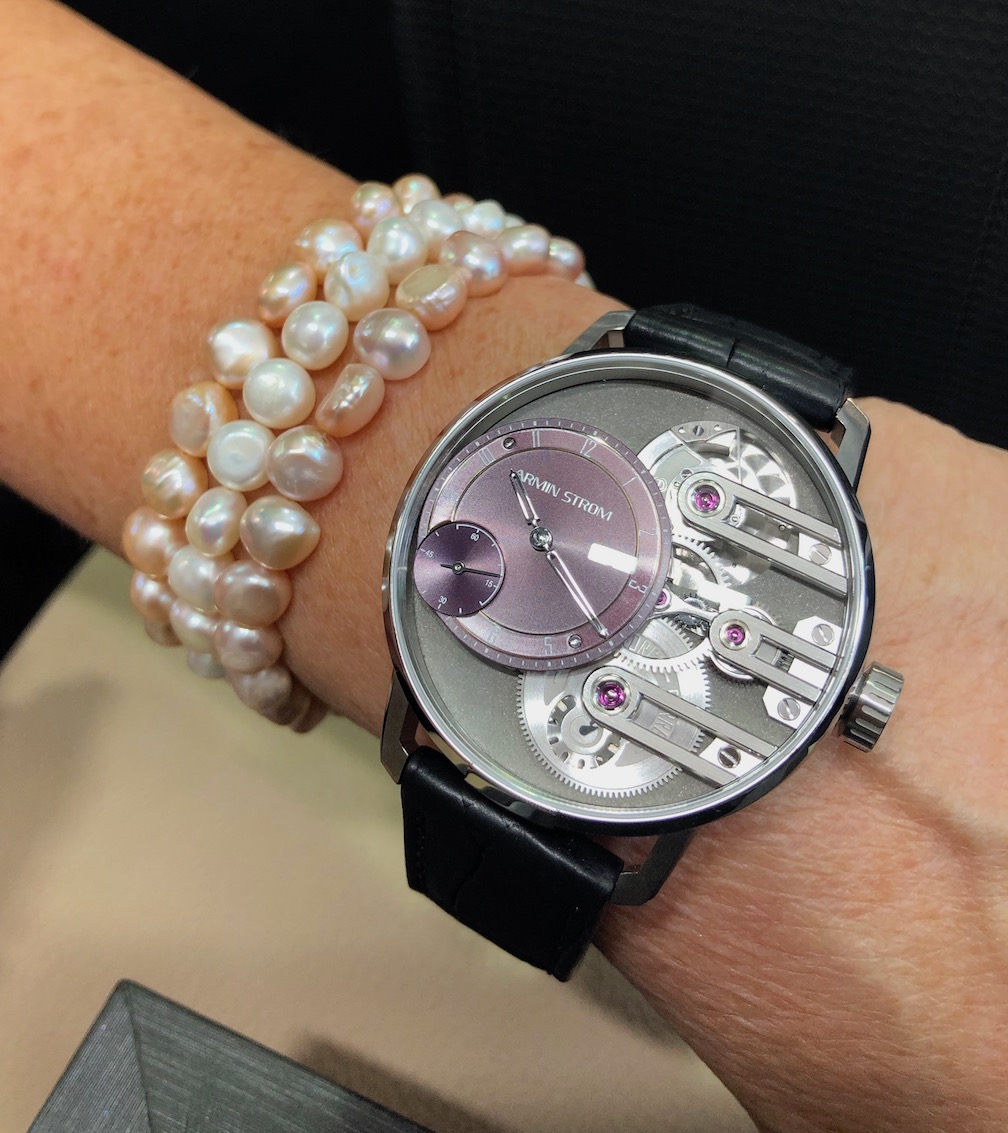 Let’s not forget, Dubai Watch Week is a platform for collectors and customers and journalists. Yes the Seddiqi family hopes to sell product at the end via its retail stores, but they offer up DWW as a platform for the exchange of ideas.

The confounding issue for shows such as Watches & Wonders Geneva (formerly SIHH) and Baselworld is that they are held to higher agendas. To begin with they are much larger in terms of attendance and exhibitors. They also need to reach the retailers as well as, and maybe more importantly than, the public. In the end, it is the retailers who will decide which products they want to showcase in their stores, and for those brands without their own boutiques, this is life or death for some lines. You simply can’t compare DWW to those larger shows with larger agendas.

I look forward to attending next year’s summits and exhibitions and to a continued “compare and contrast” of the changing tides and new versions of innovation and new immediacy. 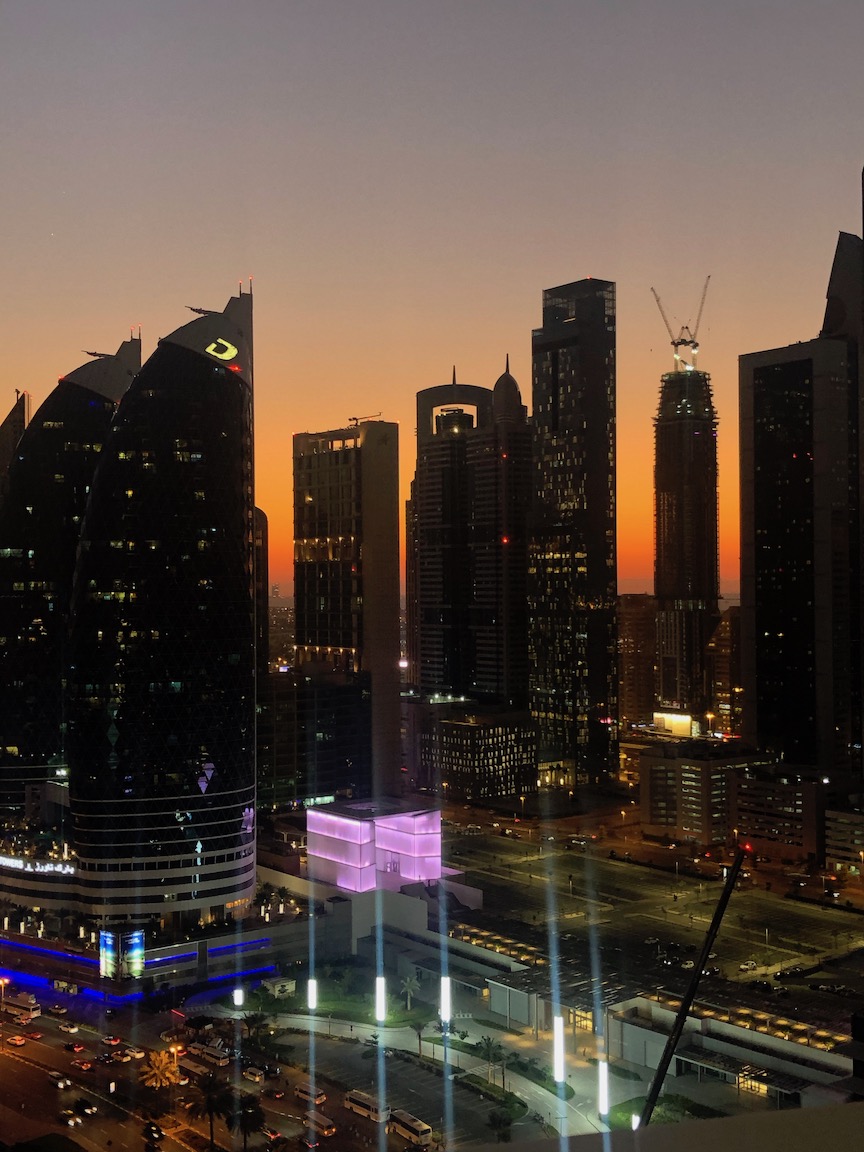